Airbnb.com: House Sharing with a Twist 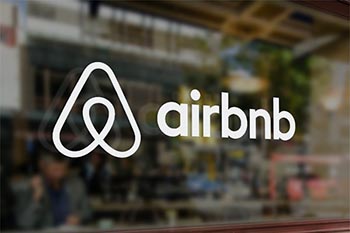 Often, when visiting a city for a conference, popular event, or during that area’s peak travel season, it is difficult to find a vacant hotel room.

Even if one is fortunate enough to find hotel accommodations the price may be outrageous, making it not even worth the money since so little time that will actually be spent there.

Airbnb.com is a website that solves these two problems. Airbnb.com or Air Bed and Breakfast is an online marketplace that allows anyone from private residents or commercial properties to rent out their extra space. Since it began in 2008, the site is now worth over $20 billion and is used by many millions around the world. READ ABOUT NEW YORK’S NEW LAWS on  Airbnb.

After signing up and creating a member profile, one can search for accommodations or post a listing. A traveler can search by country, city, room type, or price. Unlike other sites that users can use to rent out couches or guest bedrooms, Airbnb.com has a diverse repertoire of accommodations.

The creator of the website, Nathan Blecharczyk, described Airbnb.com as “The Ebay for accommodations” because there is such a variety of listings and at diverse price points.

There are listings available for private rooms, bed and breakfasts, boutique hotels, entire apartments, and even exotic locations such as castles, tree-houses — even igloos and teepees. The opportunity for traditional or non-traditional accommodations makes the site purposeful for all lodging needs.

After searching through listings and finding a place that matches your destination, price range, and accommodation type, travelers contact the host directly through the website using a message inbox. To investigate the legitimacy of the listing or user, the member can read recommendations. The dates are then confirmed through online messaging.

Travelers pay the user for accommodations by using a Paypal account. Initially, the guest pays the full amount to the website rather than to the host to ensure payment security. The money is held until the guest checks in. This system alleviates the fear of paying a host directly and then finding out it was all a scam. Also, holding the money until check-in makes it easier to be refunded, in the event that one of the parties needs to cancel.

The site was launched August of 2008 by Nathan Blecharczyk, Brian Chesky, and John Gebbia. The idea came to mind after a unique event occurred in 2007. Chesky and Gabbia, both Rhode Island School of Design (RISD) alumni, were attending the Fall 2007 Design Conference in San Francisco. Every hotel in the city was sold out. Blecharczyk, a software developer for Microsoft and OPNET technologies and a graduate of Harvard College, had an extra bedroom and decided to rent it out for the conference.

Using air mattresses, Blecharczyk rented out the room to conference attendees who could not find other accommodations. Blecharczyk says, “You can have a lot more fun this way than you would in a hotel. Everyone was able to hang out and it’s good for networking.” This was the first Air Bed and Breakfast. In 2008, the site was launched by specifically hosting accommodations for the 2008 Democratic Convention.

A few months later, the site received a tremendous amount of publicity by creating an Inauguration Housing Guide, which was an economical solution to the Washington, DC, housing shortage for people attending President Obama’s Inauguration. People in the area posted listings for their houses, apartments, or extra rooms to people traveling to the event.

Many people may feel deterred from traveling because of how pricey hotels are. People who travel often for business may find paying hotel room prices ridiculous. By using Airbnb.com professionals can travel on business for much less money.

Ginger Richardson, from San Francisco, has used the site numerous times to both rent out her home and to find places to stay while traveling. Richardson travels about one week per month for work, so she uses the site to rent out her place while she is away.

Richardson says, “Every time I’ve had to travel, I’ve found someone through Airbnb to rent my place, it’s really saved me a lot of money! If I go on vacation, I know that all I have to do is pay for the flight, because I know the lodging is essentially covered since I can always find someone to stay in my place while I’m gone.”

Even if one is not a traveler, with an extra bedroom, one can easily rent out their room for extra cash. Blecharczyk says, “Many members have used the site to pay mortgages or start small businesses.”

Many traditional bedroom or couch listings are as low as $20-40 a night. “Air BnB is so unique because it’s not confined to the rich,” Richardson says. “You can use it if you want to couch surf and crash on someone’s futon for $35 a night, or to rent a gorgeous retreat off the coast of La Jolla in San Diego for $250.”

Great connections can also arise out of using Airbnb.com. It is often a great opportunity for networking. Richardson has mostly stayed in California, such as LA and San Diego, but has rented her home out to people from all over. Users from Pennsylvania, Texas, London, and Italy have used Richardson’s San Francisco Nob Hill flat, which she has made thousands of dollars renting it out.

“Absolutely every person who I stayed with or who have stayed with me has been hospitable, respectful of the space, and totally someone I would use again. There were great connections,” Richardson says. Richardson is a perfect example of someone who was able to find a cheap place to stay and network simultaneously.

After staying with a woman in LA, she was chosen to star in a commercial she was shooting. Airbnb also offers people the option of staying with members of various groups. They might want to stay with graduates of the same college or university (more than 30 are listed) or with people in the same profession as photographers, musicians or graphic designers.

Airbnb.com Is A Win For Everyone

Airbnb.com is a website that everyone benefits from using. Whether you need to make money or save money, your needs can be met. Airbnb.com has booked approximately 5,000 trips without any reports of theft.

Blecharcyzk says, “At the end of the trip, each party makes a review of each other. The reviews are overwhelmingly positive.”

Lisa Linsley is a former intern at GoNOMAD and a life skills instructor in New York City.