Seeing Spetses by Sailboat and Carriage

Visiting the Island of Spetses, Greece by Sailboat

Shiver me’ timbers! One of the more enjoyable adventures I whole-heartedly savor every summer is a brisk sailing trip to the nearby Saronic island of Spetses.

It all starts from Kakamaki Marina in Athens, where my Greek friend Jimmy and I load up his sleek, 41 ft Jeanneau  ‘Sun Fizz’, pack the boat with food and provisions, gas her up, and then set sail due-south for the five to six-hour trip, depending on good winds and weather. 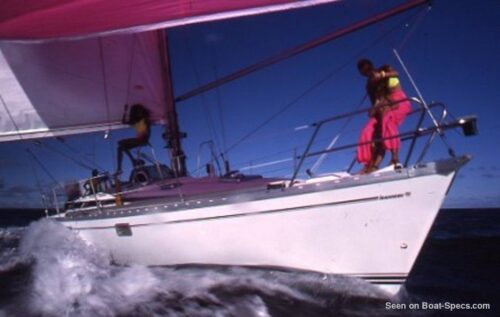 As almost everyone knows here in Greece, there’s nothing like the thrill of being out in the open sea in a boat or ferry in the summertime, and a strong meltemi wind only enhances that exhilaration.

When a strong Meltemi is blowing up to six to seven Beaufort’s in rolling seas, you better believe it gets the adrenalin flowing!

And the only thing that keeps you from thinking about the danger is the rush of sea spray frothing over the bow in your face.

Besides that, you’re so busy tacking and pulling in sails, you don’t have time to think about anything else.

After finally arriving at our destination and slipping your boat into Spetses’ quayside mooring, you’ll probably find it takes a little time to get your sea legs back. People tend to wobble a bit after being bounced about in rough seas, but it’s all par for the course.

After a trip like this, it’s always a pleasure coming into a calm port and Dapia Harbor in Spetses is a welcome sight. This is the main quay area, where all big ferries and hydrofoils connect. 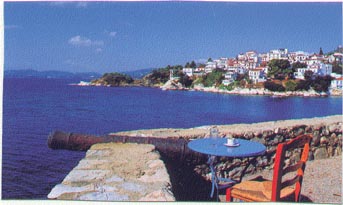 If you ever want to take a side trip or go across the island to the Peloponnese mainland, this is the place to do it. You can grab a ferry or quick convenient water-taxi (speedboat). The end of Spetses main quay leads you to a stretch of road on the energetic waterfront toward the main boulevard of Sotirios Anargyris.

This is an area lined with various stately hotels, bars, restaurants, and kafeneons. It’s here you’ll also notice many turn-of-the-century style, horse-drawn carriages. These colorful carriages are available at a small fee to take people around the town and harbor, which is another wonderful way to travel that differentiates Spetses from other islands.

Another great aspect of Spetses is that it’s pine-covered forests with its pungent pine-scent, an aroma that seems to permeate the whole island. Beaches here are of golden brown sand with numerous natural coves. Large or small boats leave everyday from Dapia taking the more eager visitors to organized beaches around the island such as Xilokeriza, Agii Anargiri, and Aghia Paraskevi and Zogeria.

For those who are more adventurous and prefer swimming further away from the crush of summer crowds, other means of transportation is available and you can take a bus, taxi or rent a car and see some of the many beautiful secluded beaches. For decades, Spetses has somehow managed to contain the onslaught of tourism. However, lately it’s become  a bit overwhelmed by a large influx of British package-tourists.

Spetses is an island with a unique history and in ancient times it was referred to as, Pityoussa (a pine-covered place), but unfortunately, the original forests disappeared long ago with housing and shipping development in the area.

The pine-covered hills that greet the visitor today are the incredible legacy and hard work of the far-sighted philanthropist, Sotirios Anargyrios. Anargyrios was born in Spetses in 1848 but emigrated to the United States for a time. After returning an exceedingly rich man in 1914, he bought two-thirds of the then mostly barren island and planted Aleppo Pines, which still stand today.

He is also the one who also financed the island’s road system and commissioned many of the town’s grand buildings, including the famous Hotel Possidonion. Sotorios was a big fan of the British public (private) school system and established Anargyrios & Korgialenios College — an elite boarding school for boys from all over the world. It was at this school that famed British author John Fowles taught English from 1950-51 and subsequently used the island as a backdrop for his best-selling novel, The Magus.

One of the loveliest parts of Spetses is found in the Old Harbor. The short walk from Dapia is well worth the trek and only takes about twenty minutes. The old harbor is a delightful, relaxing place to explore which is surrounded by stately old Venetian houses and mansions.

The quaint harbor itself is charming and scenic, filled with boats of every shape and size–from colorful little fishing boats to luxury cruising yachts. Shipbuilders here still carry on making boats in the traditional way, and if you glance around, you will notice the shore dotted with skeleton-hulls of emerging caiques.

Spetses has an odd history similar to Hydra, in that the island was thought to be inhabited by Greeks for almost 600 years before the arrival of Albanian refugees fleeing the fighting between the Turks and Venetians in the l6th century. The good part was that eventually, it became wealthy due to shipbuilding trade in the 18th and 19th centuries, and its claim to fame was running the British blockade during the Napoleonic Wars. Later on, it re-fitted Greek ships who joined the small Greek navy in the War of Independence in 1826. 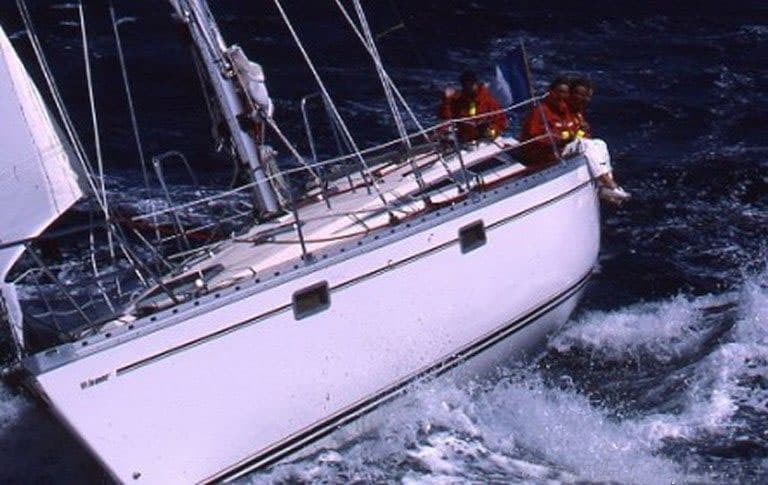 One should not miss visiting the Museum of Spetses, situated in the mansion of Hadziyiannis Mexis, one of the wealthiest leading activists of that era. I was also here where the female war hero Laskarina Bouboulina fought against the Turks and where the Monastery of St. Nicholas, on April 3, 1821, she and all locals took the oath “Freedom Or Death” and joined the revolution.

During this war, Spetsoit fighters achieved fame and notoriety using their favorite tactic of tieing and attaching small varka boats laden with explosives to the enemy’s ships, then beating a hasty retreat and blowing the Turk ships to pieces!  Speaking of which, it’s time to get back to our sailboat and check the moorings. Never know what those Spetsiots could be up to, ha!

Whatever you do this summer, a trip to Spetses by sail or ferry is well worth the visit and comes highly recommended, so go for it!

The most common option is to travel by sea. Spetses is accessible with a Flying Dolphin from the port of Piraeus or from Hydra, Aegina, and Poros. Another option is to travel by car (or by bus with Argolida Prefecture Bus Company-KTEL) to Kosta in Peloponnesos and to get a boat from there to Spetses (the boat trip lasts around 15 minutes).

Or there is the option of renting a car at the airport and self-driving to Kosta where you leave the car and hop on a boat to the island. For more detailed information on how to get to the island please visit Discovery Spetses, the official website of the municipality of Spetses.

Eating Out in Spetses

Restaurant Patralis is a ten-minute walk from Dapia near the Spetses Hotel and has great fresh fish and traditional food at reasonable prices. Taverna O Roussos, is on Platia Mamas and has a wide variety of low-priced, Greek taverna fare. 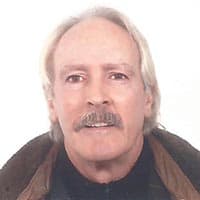 Gary Van Haas worked for many years as a feature writer for The Athens News, International Herald Tribune, New York Times, Los Angeles Times, Time and Newsweek Magazines. Find out more about his books on Amazon.com.