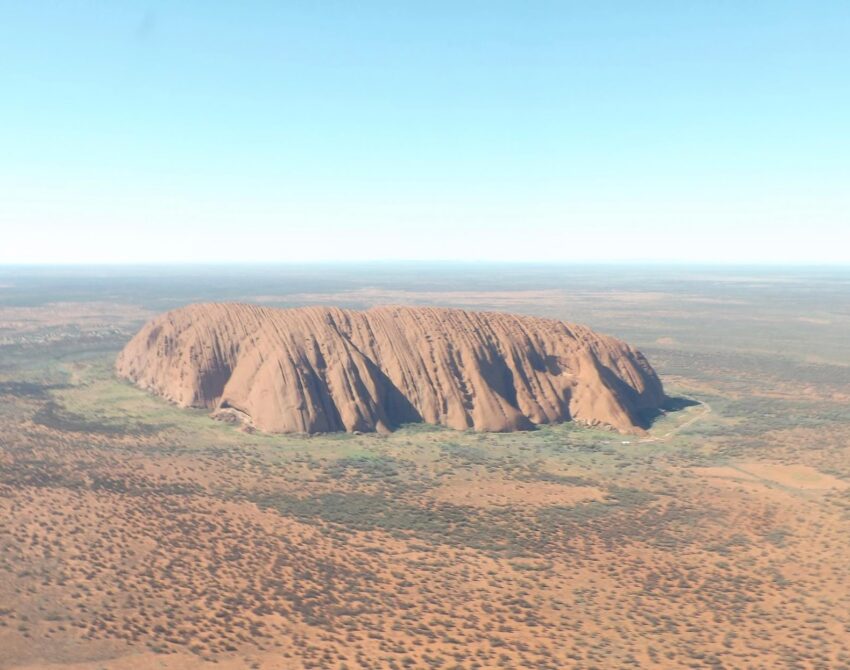 What an incredible few days we have just had staying at Ayers Rock Resort visiting Uluru and Kata-Tjuta. I didn’t even know about the existence of Kata-Tjuta until we got here but it is equally as if not more magnificent than Uluru itself.

Situated in amongst the red sands of Central Australia, 400 km from the next nearest town it is incredibly isolated and yet so full of life.

We walked off the plane and the 87-degree heat hit us, like the wall of heat hits the moment you step off a plane when you travel abroad (from England anyway).

Then the breeze blew tendrils of hair across our face (well mine and Jessica’s anyway) and it took the sting out of the heat. The airport is tiny, the plane that flew us internally looked huge in the airport car park and it was the only one.

This is one of my favorite pictures. The color of the sky as the sun comes up with Kata-Tjuta and the moon in the background.

Our first glimpse of Uluru was from the bus window and it literally took our breath away. The bus driver stopped at the only stop sign in the whole of Yulara, the town that the Ayers Rock Resort is in!

Only one stop sign, I thought we lived in a quiet place but this is next level!

The first tour was the next morning so we had a wander around the resort and then settled into our apartment, early to bed with the alarms set for 4.30 am as we were seeing the sunrise tour.

The bus picked us up and drove us out to the Uluru sunrise viewing area. It was so quiet, other than my kids of course, they don’t really do quiet. Especially throwing in the excitement of a bus trip at this hour. The bus driver was incredibly knowledgeable about the local area and Uluru itself.

Watching the sky change color across the landscape that has remained unchanged for the last 40,000 years is pretty special. As the sun came up we watched Uluru go from a deep brown to a dark purple until the full sun was on it and it was the burnt orange color it is so famous for. Standing at 348m high it took a while and it felt like a very privileged moment in time for us.

After this and back on the bus we drove to Kata -Tjuta, the bus driver explained that everywhere was looking green and there were lots of shrubs due to the recent rainfall. His knowledge was impressive, talking to us about what the shrubs are called and what Aboriginal people used them for.

Uluru is situated in a National Park called Uluru-Kata Tjuta and is owned by the Aboriginal people called the Anangu.

They have lived here for over 28,000 years and although in Western culture we would say they own it, they believe they are part of the land and are responsible for it, not owners of it.

They believe in Jurkuppa, which is the creation story and they believe that the people, land, and animals are all fluid and part of one another.

They only have numbers up to three and anything above three is known as many, this meant they have no words for ages or days of the week and so didn’t follow any of these social norms that we in Western culture do.

Traditions and languages vary depending on what part of Australia the original tribe lived so there is no one translatable word for anything.

The responsibility for the National Park is shared with western scientists and rangers but the Anangu hold the majority vote on the board for any decisions that are made.

Roads have been changed and parts of the rock are now closed off because they are part of sacred sites.

There are parts that you aren’t allowed to photograph and Aboriginal people do not like having their photograph taken, they believe it prevents their spirit from leaving earth.

They don’t even speak the name of the dead for varying amounts of time depending on how respected the person was as this can prevent the spirit from leaving. It is a fascinating culture and I feel deeply humbled to have been able to share some of this knowledge, there is much much more I could say but that’s not what this is for.

We did a walk through Kata Tjuta early in the morning and then a walk around the base of Uluru in the early evening. We visited the biggest watering hole which was thought to have been a meeting place for thousands of years of different Aboriginal tribes and also a good hunting place as animals need water too.

We saw a cave with original paintings near the watering hole and were very excited to be able to touch Uluru in this cave. The bus then took us to the spot where the sunset was at its best. We watched the rock change color in the opposite order from how it had changed that morning at sunrise while enjoying a glass of bubbles.

We wanted to make the most of it as we will probably never come back to Central Australia. It’s a long way from Lincoln in England and even when we have to return to England it will be with a heavy heart and we will sure to be back to visit the friends we have made but these few days felt like a proper once-in-a lifetime trip.

I hope the children come again as adults to fully appreciate how lucky they are with the experiences they have had but that will be their decision to make. With that in mind, we decided to do a helicopter trip. Seeing Uluru and Kata-Tjuta from the air really highlighted the magnificence of both natural rock formations.

Kata-Tjuta’s highest peak is 500m high making it just short of 200m higher than Uluru. It is truly beautiful, with lots of smaller formations with gorges in between them. It is a sacred site for the Anangu people and where they come for puberty which they refer to as men’s business and women’s business. Why these formations are not more highly talked about I have no idea as they were spectacular

The last excursion we did was to see the Field of Light. We weren’t allowed to do the Sounds of Silence dinner as we had children under 10 with us.

We were fine with that, the pressure of trying to keep my kids silent for an extended amount of time would not have been fun for anyone!

The Field of Light was designed by a UK artist and has over 12 acres of solar-powered hand-blown glass globes that you can walk around. The night was so clear that the stars made it even more beautiful.

Rich and Samuel had done a stargazing tour the first night we got here and told us some wonderful stories about the stars and how to find South. It was a really beautiful evening!

We definitely picked the right time to come. Lots of the resort is closed and the bus trips and planes were only three-quarters full. The resort has been hit hard by Covid, they went from crazy busy as everyone wanted to stay before the climb closed to nothing, they went from 2,000 staff to just over the 500 that are there now. This has been steadily increasing since Christmas now that the internal Australian borders are open.

It meant that it was relatively quiet while we were there, even fewer cars on the road than normal and trips only at half capacity which made it feel more personalized. I imagine once the international borders reopen it will be back to a busy, thriving hub of adventure seekers and spiritual activists alike, and the people who live and work there will be grateful for that but we enjoyed it being less busy that’s for sure.

And now here we are on the plane back to Melbourne. I’ve learned so much about a culture that nearly died out due to the abhorrent actions of others and I love that now the ancient cultures and rituals are being recognized and used in Central Australia. Uluru and Kata-Tjuta are deep spiritual places and if you open your heart and mind you can really feel it within them.

This very isolated, red sandy, semi-arid outback is a very special place and way of life that I feel very humbled to have been part of, even just for a few days. If you get the chance I highly recommend you visit Uluru and Kata-Tjuta. 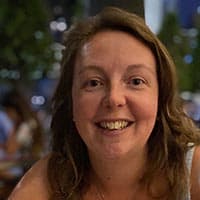 Katy McDowell is a former primary school teacher who lives in Lincoln, England.