Bangladesh, a country of colors and sounds, unspoiled nature and curious glances.

My discovery of this country begins in Dhaka, its capital city: a fascinating mix of noises, sounds, street vendors passing among the thousands of cars stopped in traffic, endless rows of people and a huge sense of silence and peace when the day ends.

Then the soft lights of the night are turned on and you can only hear a few whining stray dogs looking for food or the sound of the brakes of some old rikshaw still roaming around.

Dhaka is pure madness seen through the eyes of a Westerner, but as senseless as it may seem, I find it wildly intriguing.

Riding on the Train Roof

Eighteen million people live in this overcrowded city, so overcrowded that people find seats on the roof of train cars.

In the morning, during rush hours, people walk, almost compulsorily, with their backpacks in front of them, wearing their anti-smog masks and trying to avoid hitting each other in an attempt to move forward and continue in their own direction.

Everything is sold on the street: masks, fruit, bottles of water, clothes, newspapers and, if you want, you can also have breakfast between one car and another with paratha: bread and fried eggs prepared on the spot, with a lot, but really a lot, of hot pepper (in fact, in Bangladesh the cuisine is so spicy that one of the first sentences I had to learn to say in their language was “not spicy, please”).

Bangladesh is a country with a high Muslim majority, and Friday is considered the sacred day par excellence: it is the day of prayer and rest which gives Dhaka a completely different image — traffic-free and almost quiet. For this reason, it is the perfect day to visit Bangladesh’s capital.

In Dhaka it is not mandatory to wear the typical dress for women as the city is pretty much open to different cultures, however, I decided to show my respect to Bangladeshi people and their traditions so I put on the “kurti”, which I liked very much for its elegance and vivid colors.

It is said that the name Dhaka refers to the dhak tree, once common in the area, or to Dhakeshwari (“The Hidden Goddess”), whose shrine is located in the western part of the city. Although the history of the city can be traced back to the first millennium AD, Dhaka did not develop until the 17th century, when it was the capital of the Muslim Moghul dynasty in Bengal province. It was the center of a flourishing maritime trade, which attracted English, French, Armenian, Portuguese and Dutch traders.

Some historical monuments dating back to the Islamic period can be found in the so-called Old Town, located on the banks of the river Buriganga, where its lively culture and old-world charm capture the hearts of many.

It is the place where you can enjoy excellent Biryani in the shacks on the street with soft light and no cutlery, among curious glances and shy smiles, where children play outdoors chasing each other through all those narrow alleys that smell of home and women walk around all dressed up.

The old town is the symbol of an old-fashioned and restful life, represented by Lalbagh Fort – a great work of art of the Muslim era that combines history and harmony, and it’s now a UNESCO heritage.

Another historical monument is the Ahsan Manzil Palace, located in the Sadarghat area on the waterfront, where the hustle and bustle of this area are overwhelming even on weekends, with boats, workers unloading boxes, and a huge variety of vehicles carrying goods.

The streets are full of people, smells are strong and penetrating, colors are shiny while sounds are disorienting at times. In the midst of all this confusion, the Ahsan Manzil Palace, with its welcoming pink color, its garden, and flowers, represents an oasis of silence, peace, and tranquility.

Former Residence of the Nawab

Built between 1859 and 1872, it was the residence of the Nawab of Dhaka. Today the palace, transformed into a museum, recalls Bangladesh’s colonial past due to its typically western architecture.

Dhaka is certainly not the typical tourist destination, but for those who are ready to get to know the world, going beyond language barriers and misconceptions, while welcoming diversity in all its details, then, it is all a discovery! 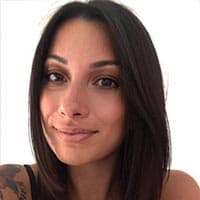 Originally from a little town on the Tuscan coast, in Italy, Federica Petrilli graduated in International Communication at the University of Roma Tre. Her thirst for travel and exploring new and unknown lands was so big that she left Italy for studying in California before taking off to one of the most sensational lands and positive surprises I’ve ever had in my life: China.  She has been working and traveling all over Asia for the past 8 years within different sectors, from International Sales to Media and Communication. Currently, lives in Rome. 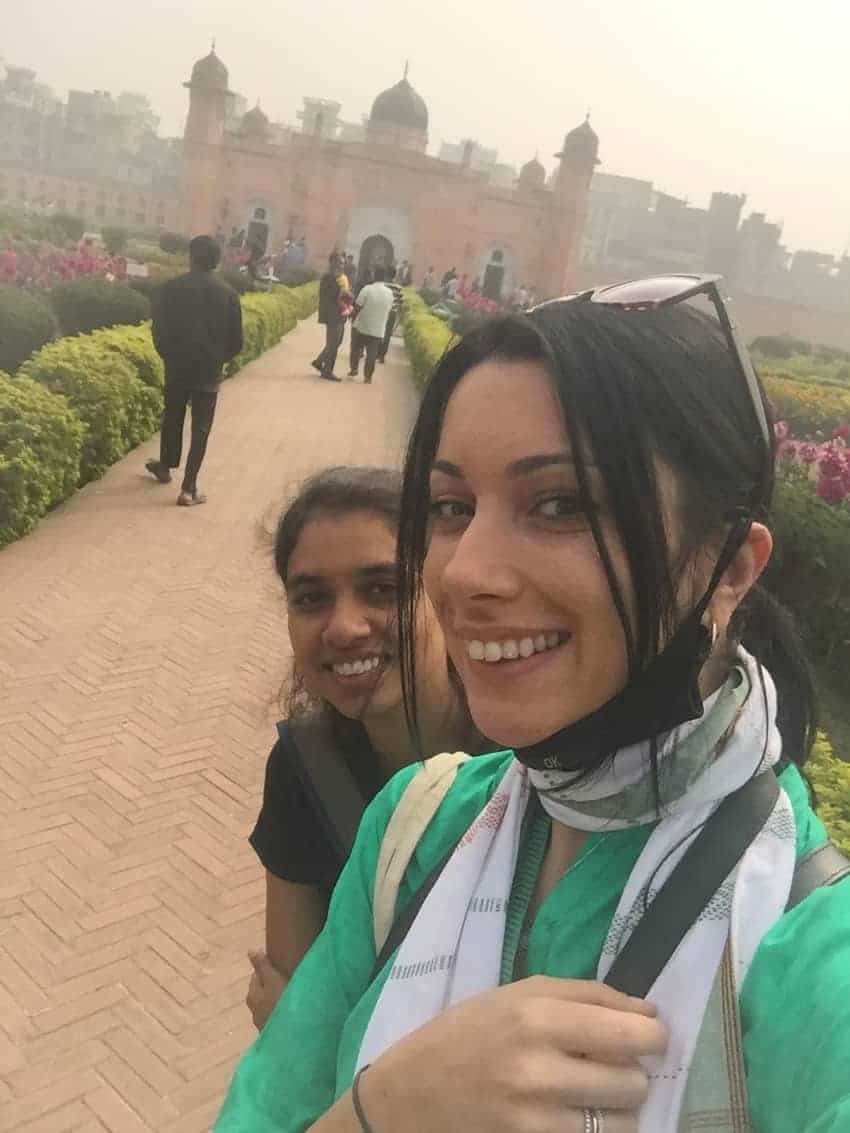 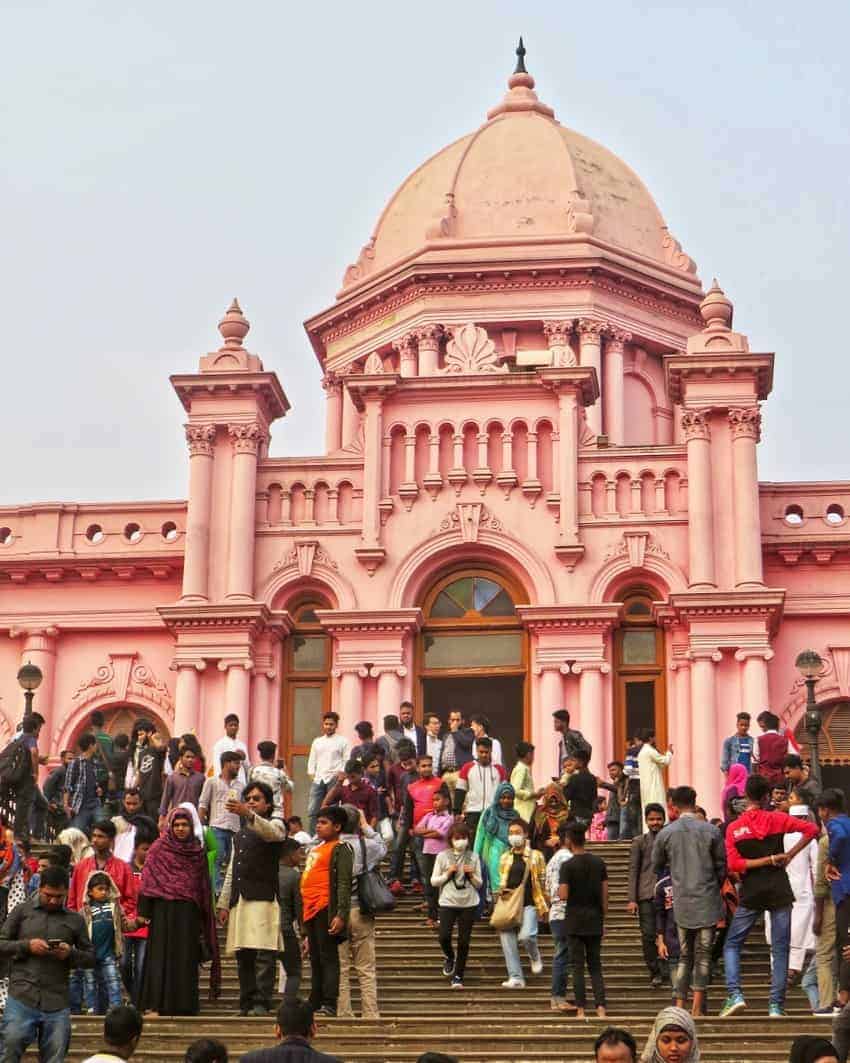 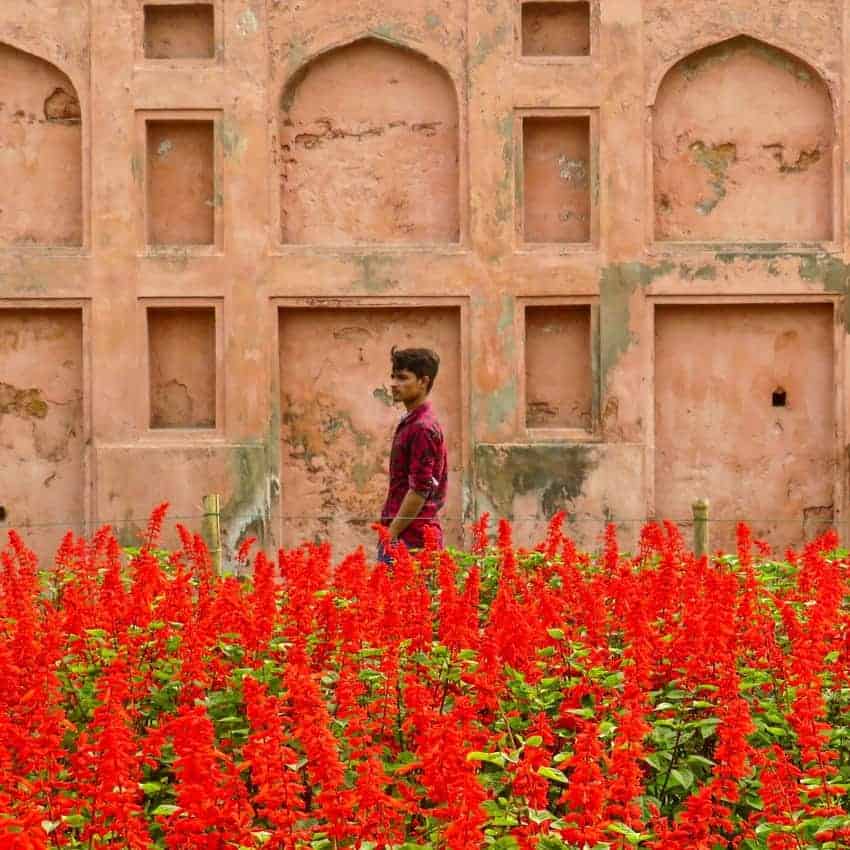 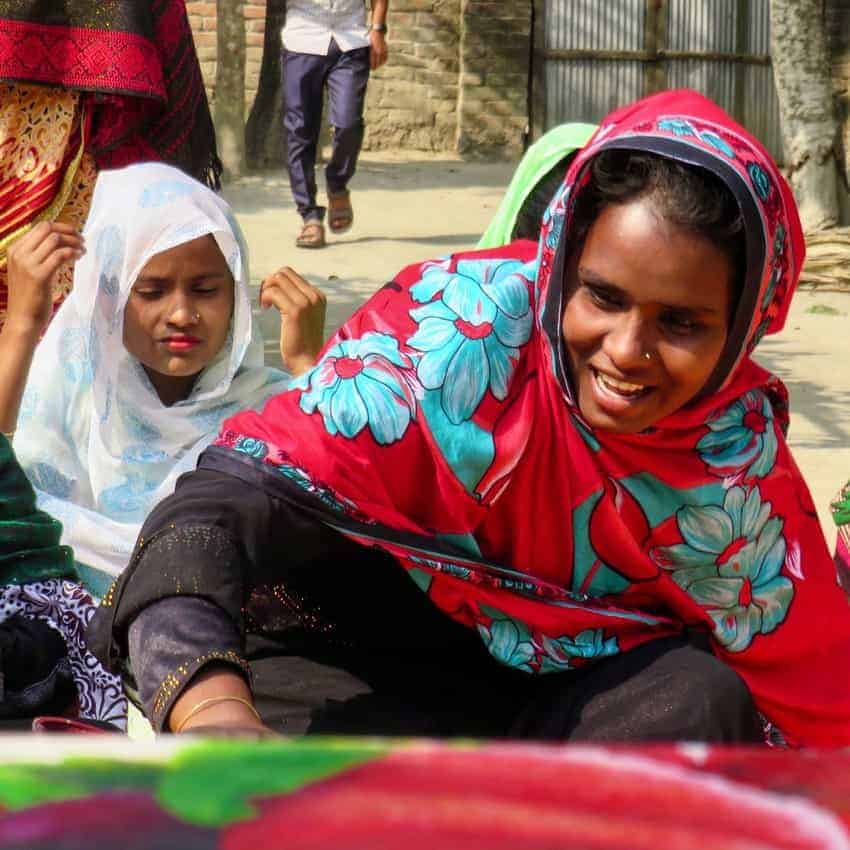 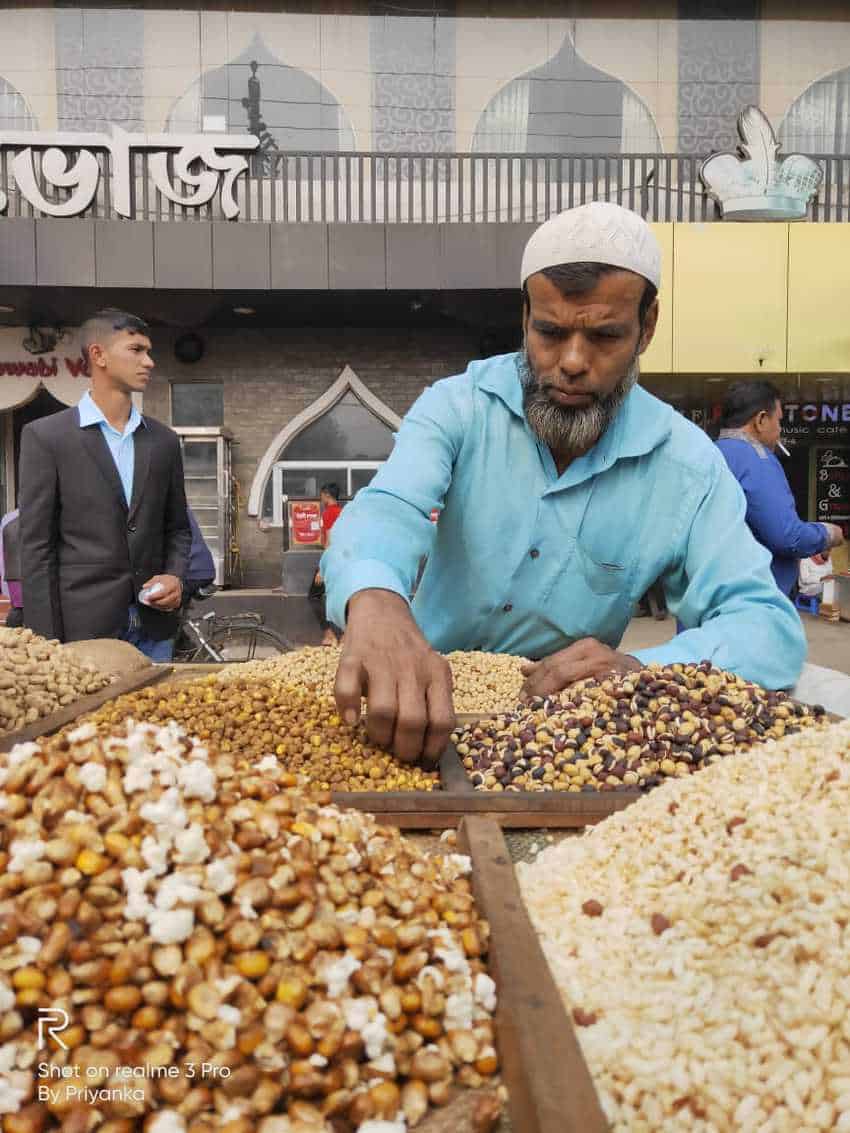 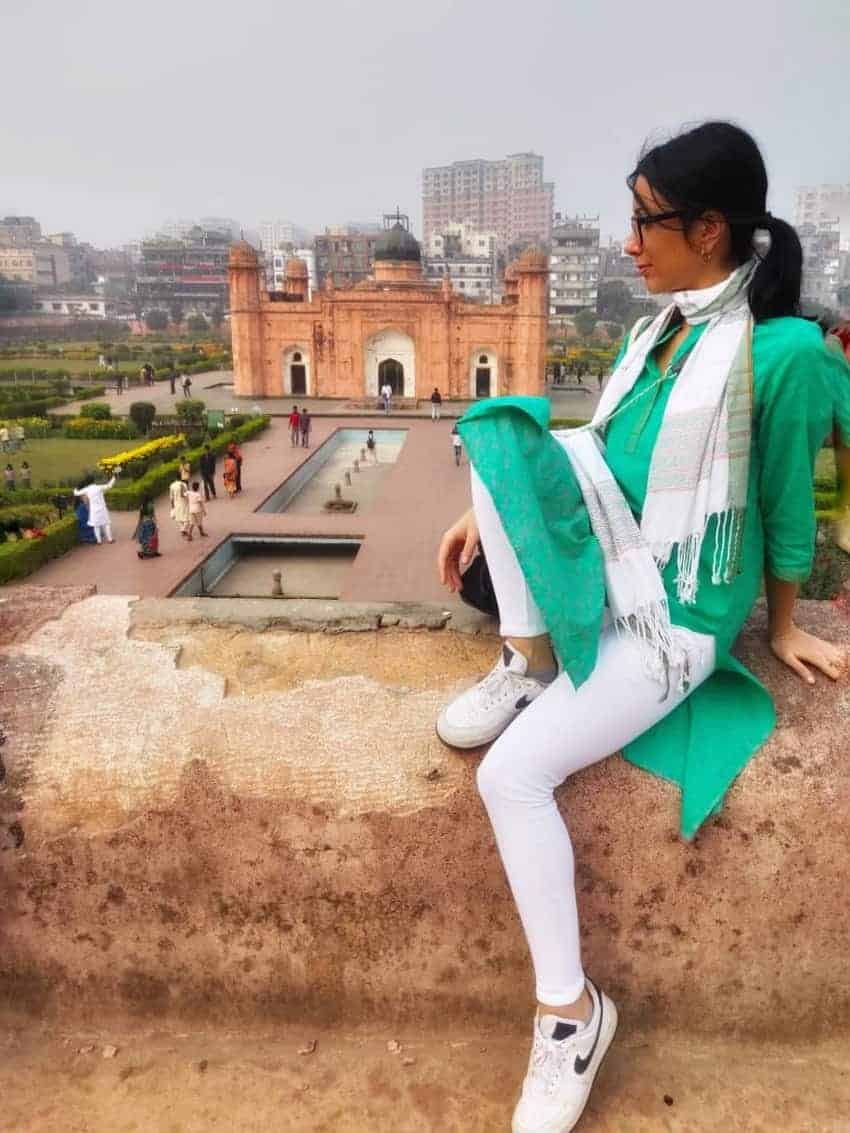