Hunan Province Has Spectacular Places You Must See

Last October I took my first trip to the Middle Kingdom, but I didn’t visit the places that most travelers seek out.

I missed the Great Wall of China, I missed the splendor of the Summer Palace and Tiananmen Square.  I only remember the taxis lined up at Beijing airport, a long snaking line, longer than any line of cars I’ve ever seen.

My trip began in Changsha, the bustling city of 8 million that’s the capital of Hunan Province, and has the distinction of being Mao Tse Tung’s home city.

The founder is honored by a spectacular rendering of him as a young man, larger than life, he’s the main attraction on Orange Island, in the middle of the Xiangjiang River.  The island got its name from the thousands of orange trees that were planted here in honor of Mao. It’s the Mount Rushmore of China.

We arrived on a rainy evening just in time for the symphony.  I had heard that Chinese citizens love all forms of classical music, and it is true.

Even the tiniest of tots in the huge audience at the Changsha Concert Hall was quiet and respectful of the revered Bamberg Symphony Orchestra from Germany that was making another return to the city where their talents are so appreciated. The program featured violin virtuoso Vilde Frang, who plays a violin made in 1864. Her sweet playing was the evening’s highlight, first a piece by Beethoven and then finishing with a symphony by Dvorak.

Symphony attendants were quick to whip out their laser pointers to aim at any audience members who tried to videotape the performance, and for any tots who tried to leave their seats. Respect!

This splendid concert was a great way to be introduced to Hunan, a province of 70 million residents.

Dinner that night would be like many others, all circled around a lazy susan that was bursting full with all manner of fish, chicken, beef, tofu, vegetables, and some other foods I did not recognize.

One thing I got used to is that hands down the best food in China comes from the hotel breakfast buffets.

We were staying in large, five-star hotels, each one seemed to try and outdo the others with the copious marble, glass, and stunning exteriors. What I loved about breakfast in each hotel in Hunan was the noodle station, where the best breakfasts in the world are on offer.

I’d make a beeline for the noodles and pile them high with so many toppings; bok choi, spinach, scallions, hot peppers, bean sprouts….it went on and on and they were all delicious.  And when you want hot, you sure get it in Hunan!

Changsha has its own deserved swagger because it is a center of learning, and the hometown of the Chairman himself, Mao.  It’s also an ancient place and in the city’s museum, we got to meet one of the oldest legends in Hunan, a 2000-year-old mummy.

She was a female ruler of the Han Dynasty who was buried in an extremely elaborate deep tomb that a farmer found in Hunan back in 1972. On the walls are details about the many things that were found when experts began digging deeper and deeper, pulling out little royal combs, shoes, thousands of nearly intact porcelain pottery objects, and the mummy herself, still viewable (no photos please) at the dramatic end of the tour.  The seeds and food remains found in her stomach tell a lot about the lives of people who lived here 2000 years ago.

The Hunan museum has more than 180,000 artifacts excavated from the world-famous Mawangdui Tombs of the Han dynasty and cultural relics from the Chu state.

This is truly a magnificent museum for anyone interested in ancient Chinese history.

Changsha has many other interesting diversions, delving into the very modern and dipping back into the ancient.

Our hotel looked like it had been built last week, (it was built in 2018)  all marble, glass, and glitz but located far away from the center of Changsha.

We explored the ancient town tourist attraction while a gentle rain came down.

Like many of China’s tourism transportation, we rode in a little electric trolley, silently moving us from hotel to attraction.  It was one of many times I noticed that electric vehicles are really becoming the norm here.

Almost none of the motorcycles or scooters we saw here are gas-powered, instead, they sweep by without a sound.  The battery power revolution is thanks to the country’s tax laws, that heavily charge petroleum burning vehicles while rewarding electrics. It has had a dramatic impact all over China. 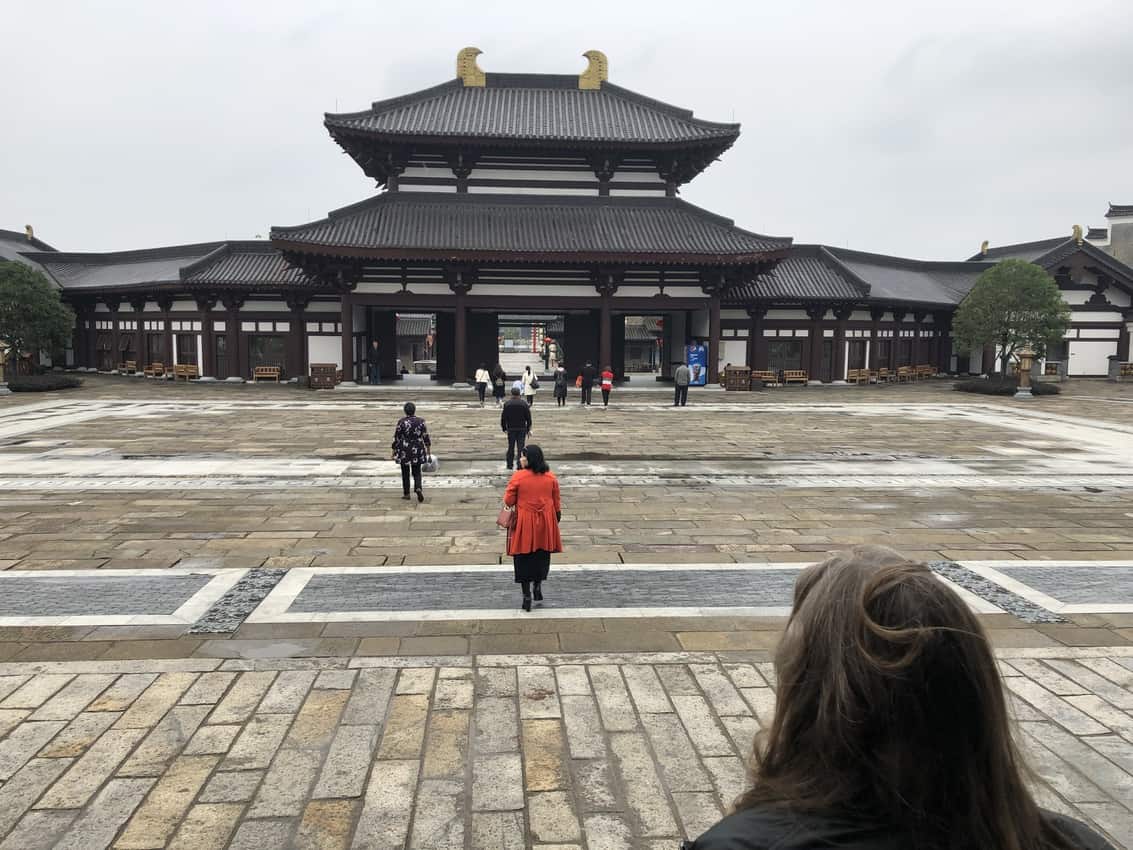 The Tongguanyao Ancient town features a giant courtyard that looks like the Ming Dynasty, with pottery-making demonstrations and dancers in old fashioned costumes.

Here we ducked into a theater for a specular IMAX presentation from the point of view of a bird flying over this fascinating region.

It’s like the attraction at Disneyland called “Soarin’ Over California” where the seats move and the wind blows the audience–it feels like flying.

That California ride is five minutes long, but the one here was three times longer with the same flying effect. Highly entertaining.

In another cavernous room in the same place, a legion of lifesize plastic Star Wars Storm Troopers held our gaze–the perfect backdrop for a few selfies!

Inside this spectacular other-worldly building in Changsha is an 1800-seat auditorium, and numerous galleries full of modern art. It was completed in 2019.

We were going north, heading out of Changsha in the rolling hills toward Ningxiang City.   This region is famous for its hot springs, and huge resorts have been built to capitalize on the Chinese love of hot soaks.  In the entire 1300-square mile region hot spring baths and spas are everywhere.

The grand hotel here, called the Zilong Wan Hot Spring Holiday Hotel, was massive, with 278 rooms and dramatic views of the surrounding mountains. Rooms are very inexpensive for the quality, ranging from $49-89US.

Meeting the Locals in Town

But the highlight of our visit to Ningxiang City was when my good friend Bruce suggested that after our hot spring soak, we set off in two taxis and check out the small village of Shaoshan, a few miles from the hotel where our group was staying.

The first thing I needed was to find a communist party pin for my backpack–I love little pins like this.  It only took about two minutes to find a vendor and I was set to show my party loyalty.

Then we visited a roadside stand where a friendly young woman was grilling squid and tofu on a grill.  Our guide Oscar waved his phone to pay by Wechat and procured some of the delicious hot skewers for us.

We headed for a non-descript backroom bar where both Mao and Xi’s portraits hung on the dirty walls.

We finally got a chance to ask our guide what life in China was like for him, and he shared many stories about his life there with us.

He told us a story about that man up on the wall, the country’s de-facto President for Life Xi Jinping.

In 1985, as part of a Chinese delegation to study U.S. agriculture, Xi stayed for two weeks in the home of an American family in the town of Muscatine, Iowa.

Xi later returned to the small midwestern town that had made a great impression on him in 2012, when he was China’s top leader.  Less well known is that Vice President Xi later invited the Muscatine group to China for a weeklong visit hosted by the Chinese government. The group spent 10 days touring China in May 2012, a few months after the original reunion.

Good local beer. A group of interesting writer friends. Plenty of grilled tofu and squid. My recipe for a great night!

The author’s trip was sponsored by Hainan Tourism, but the opinions are the author’s own. 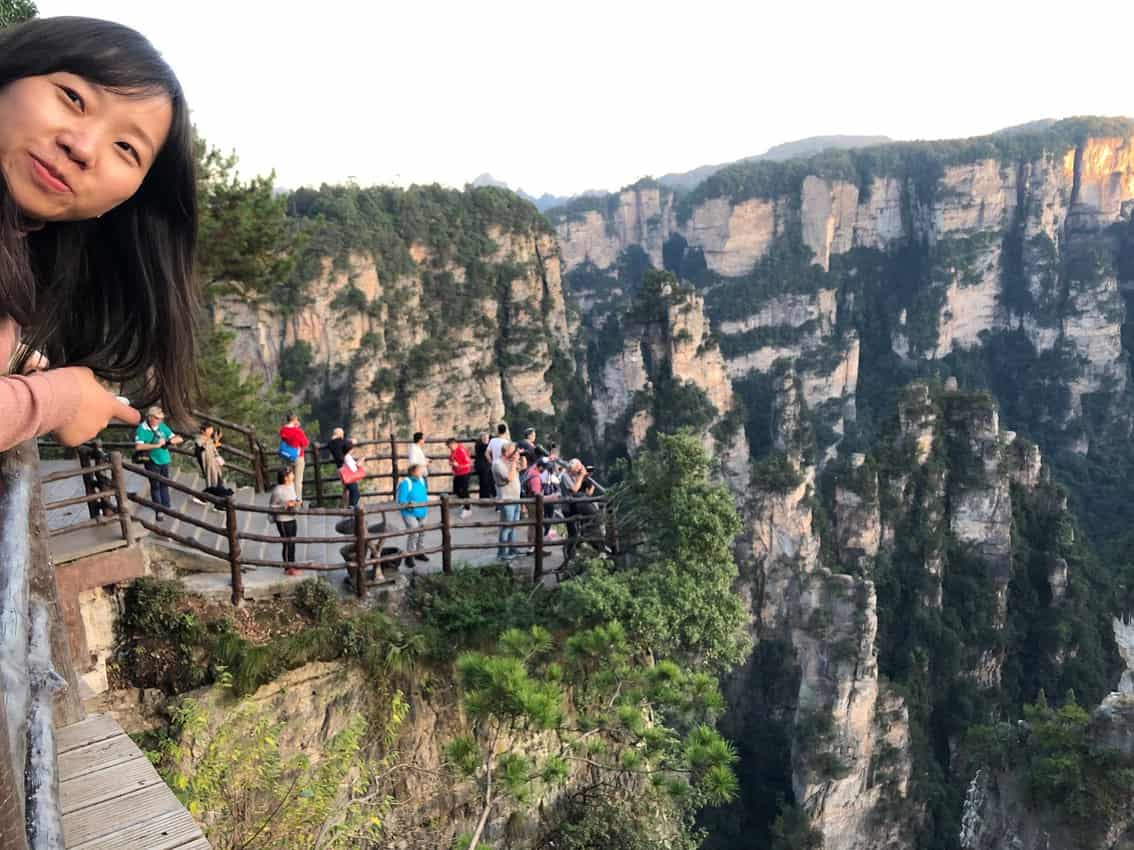 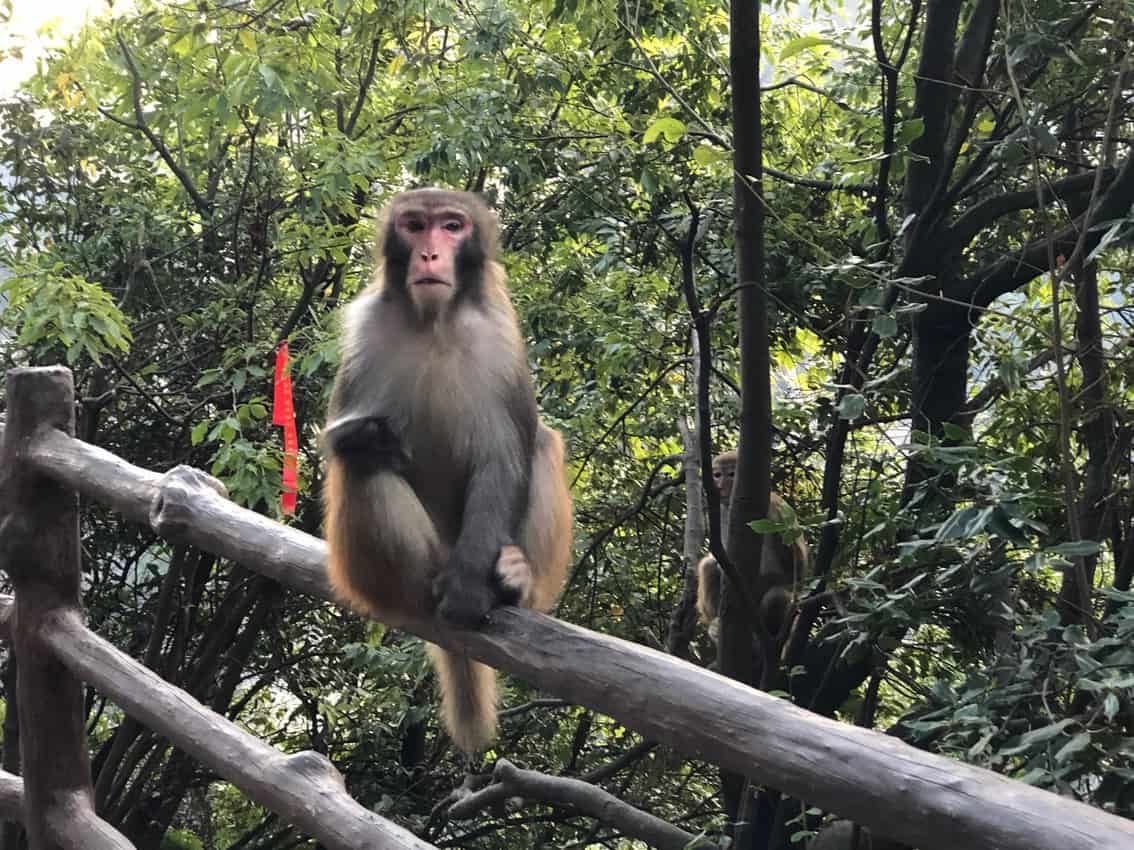 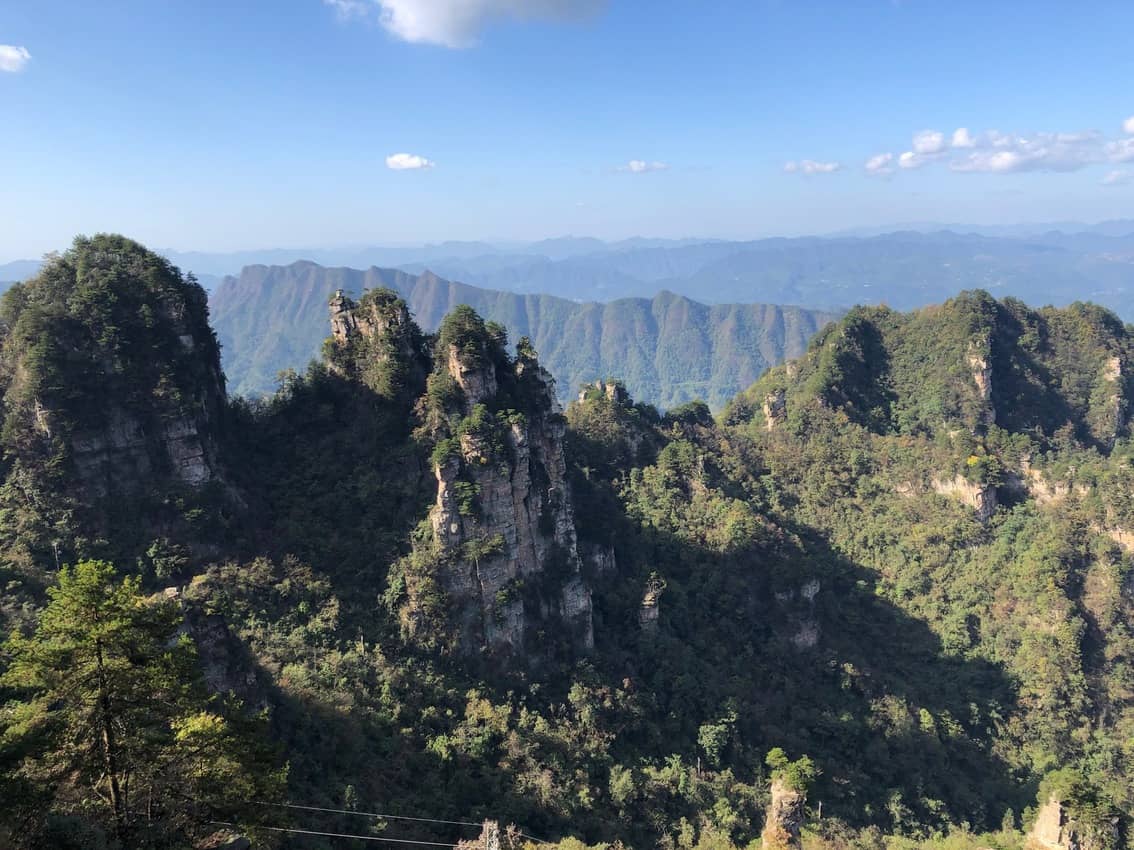 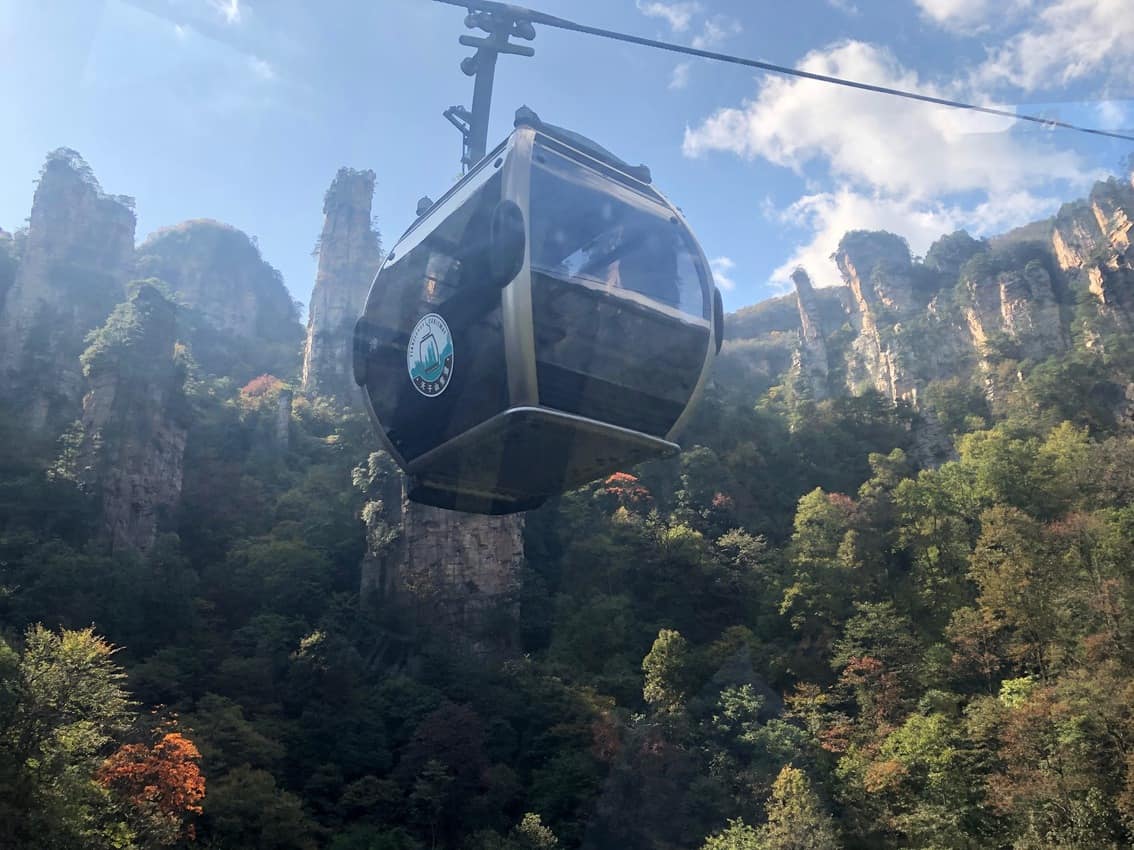 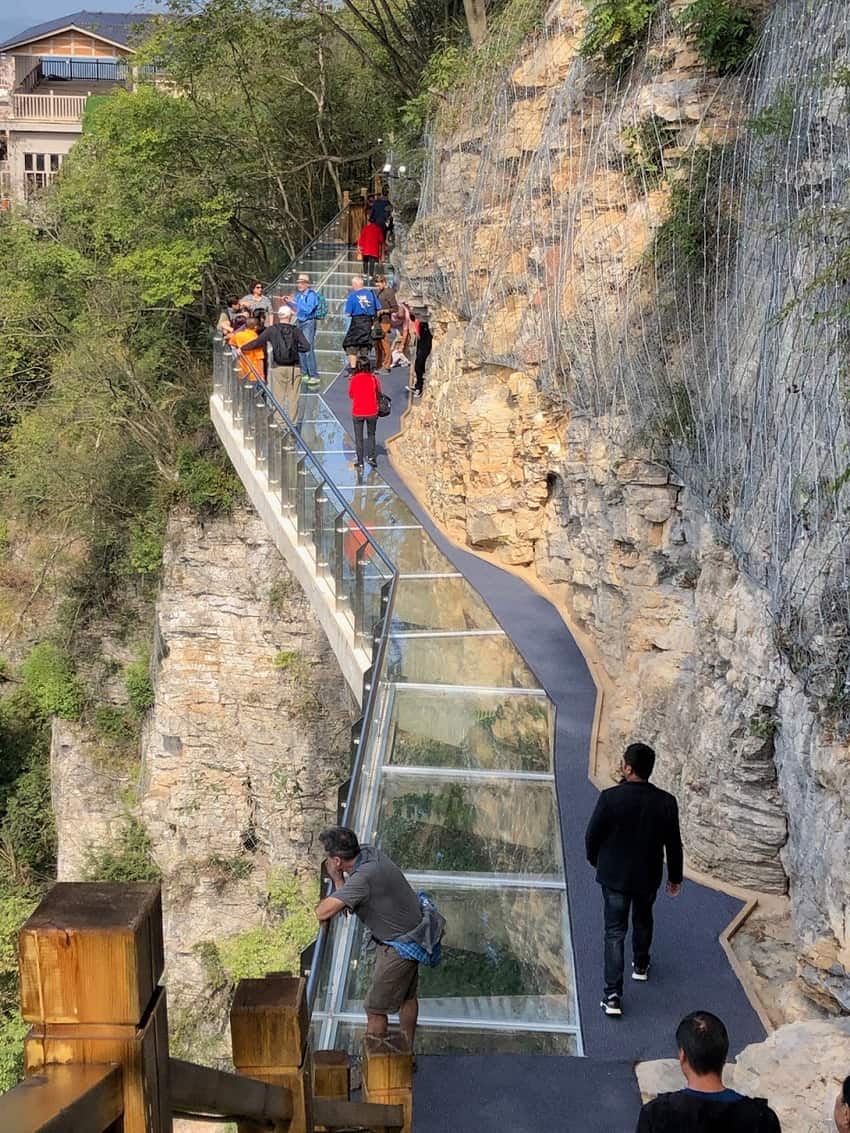 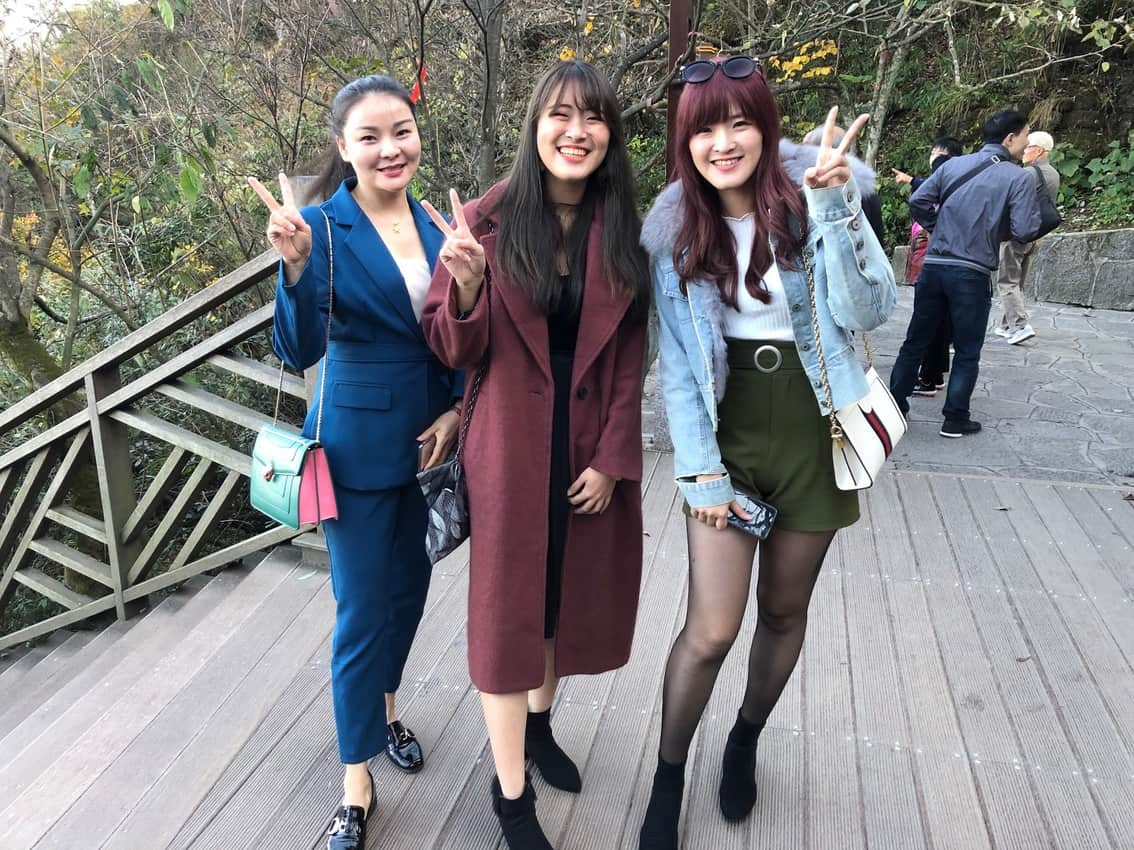 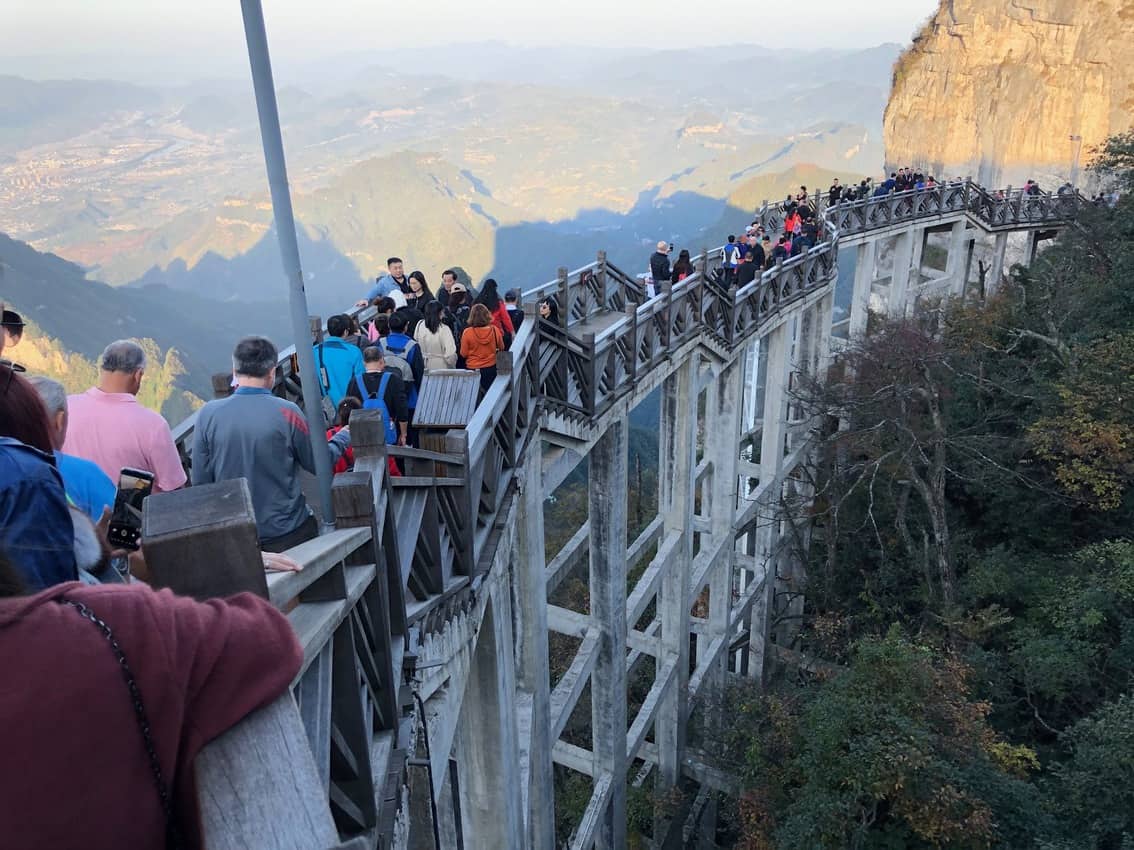 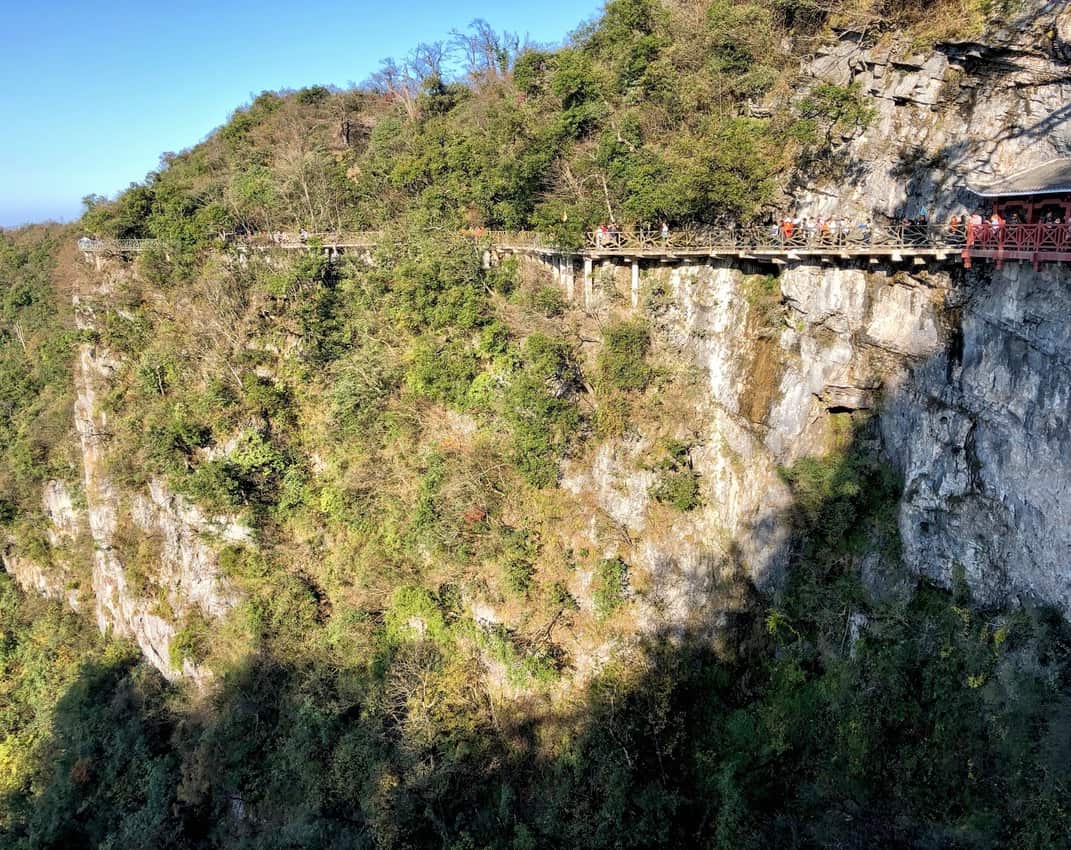 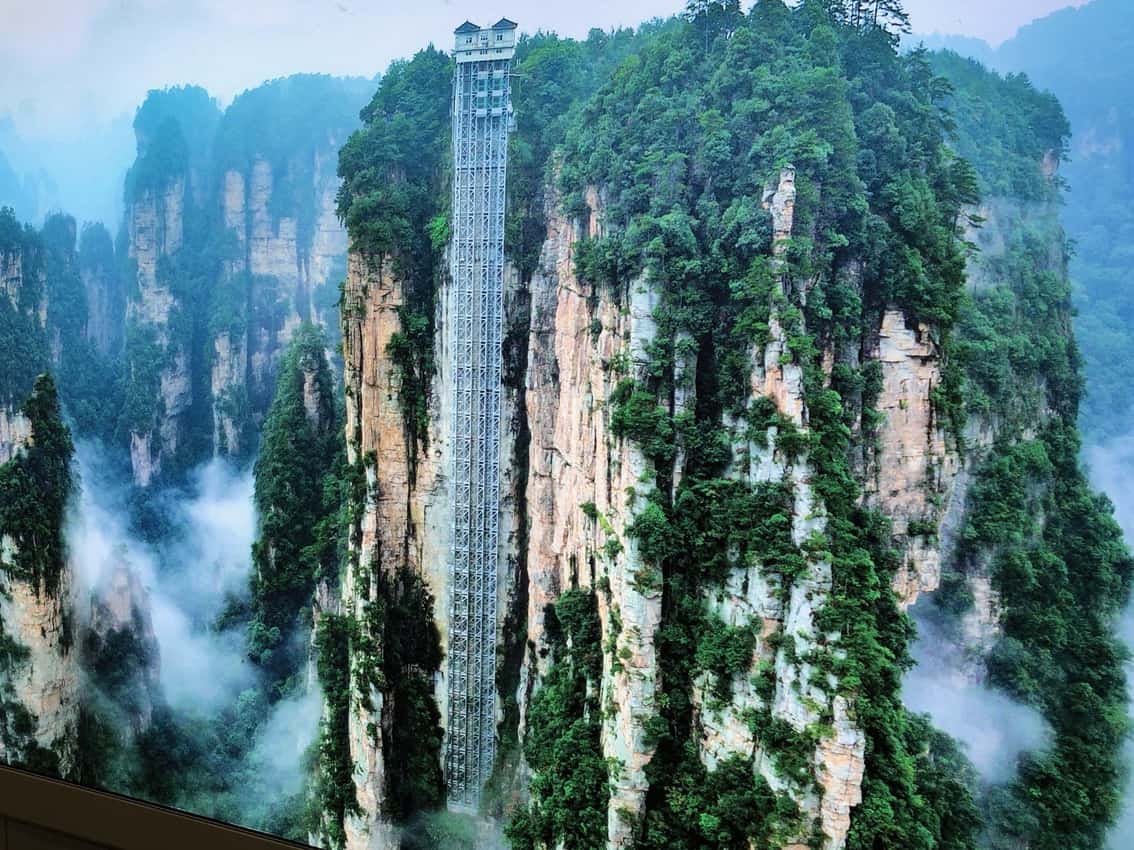 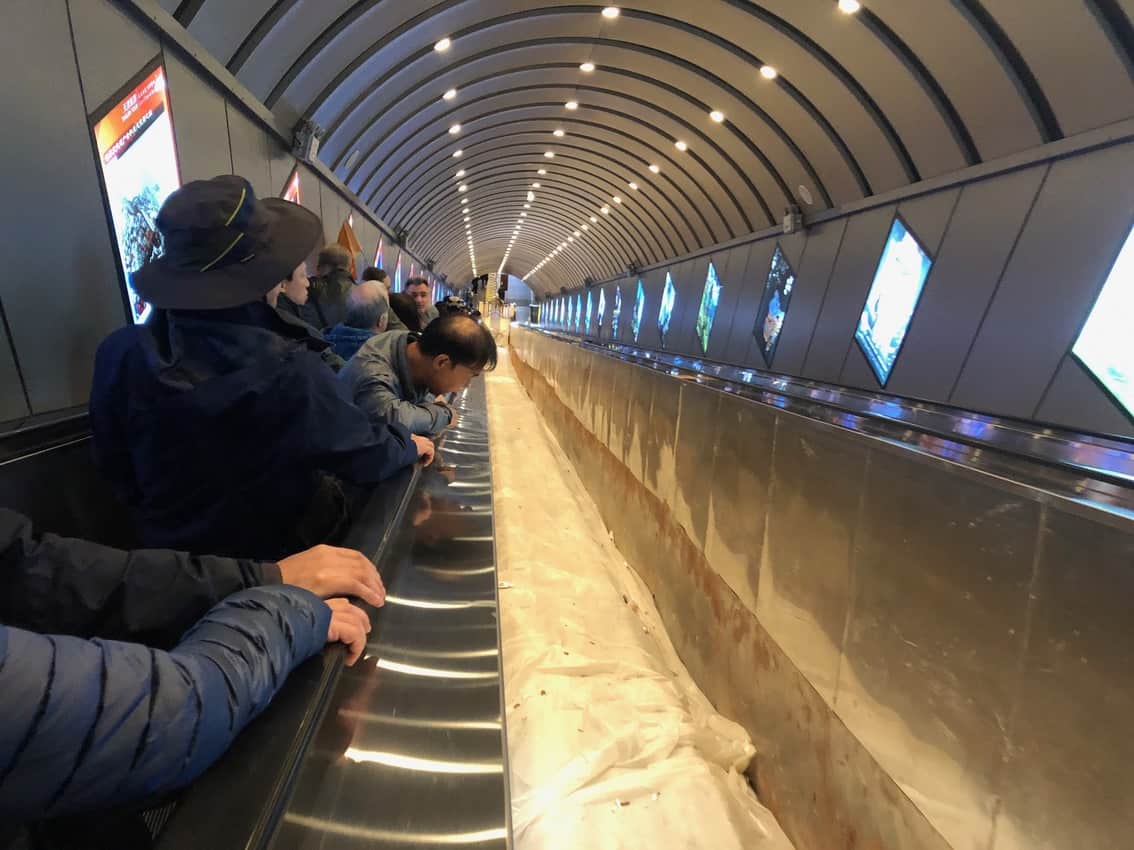 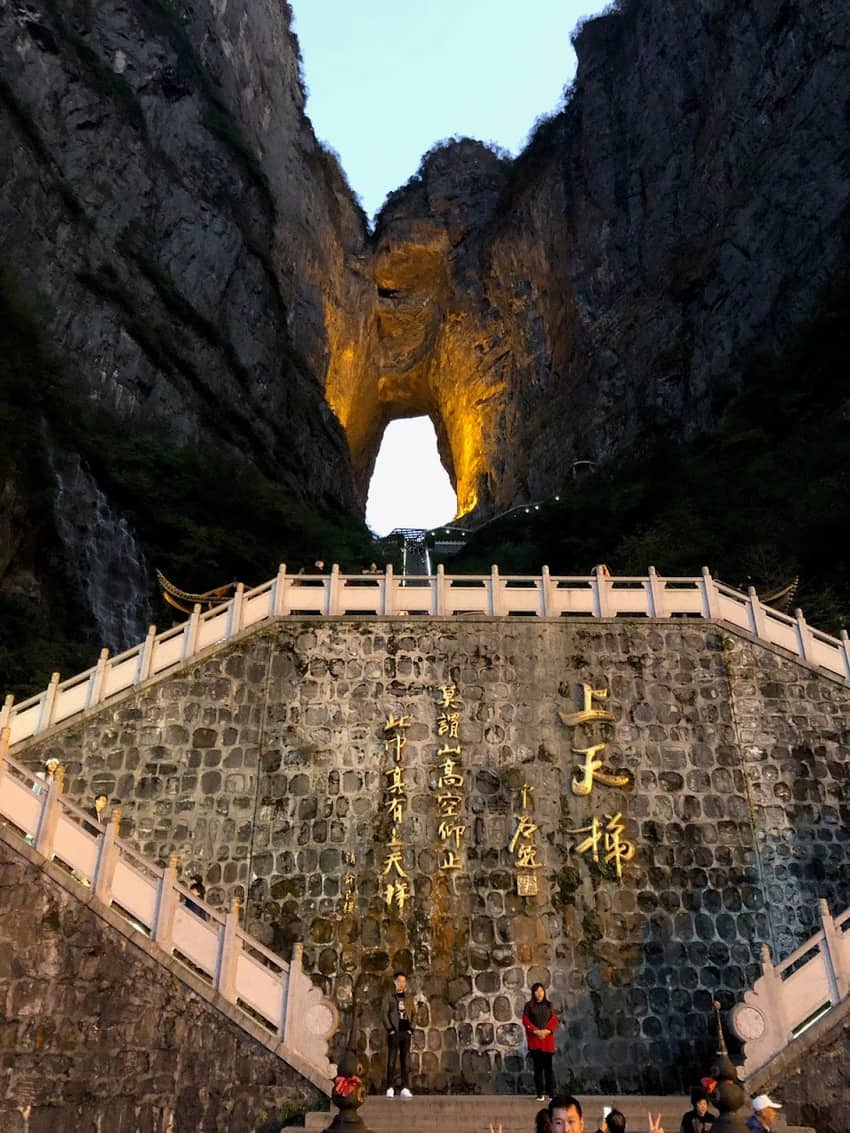 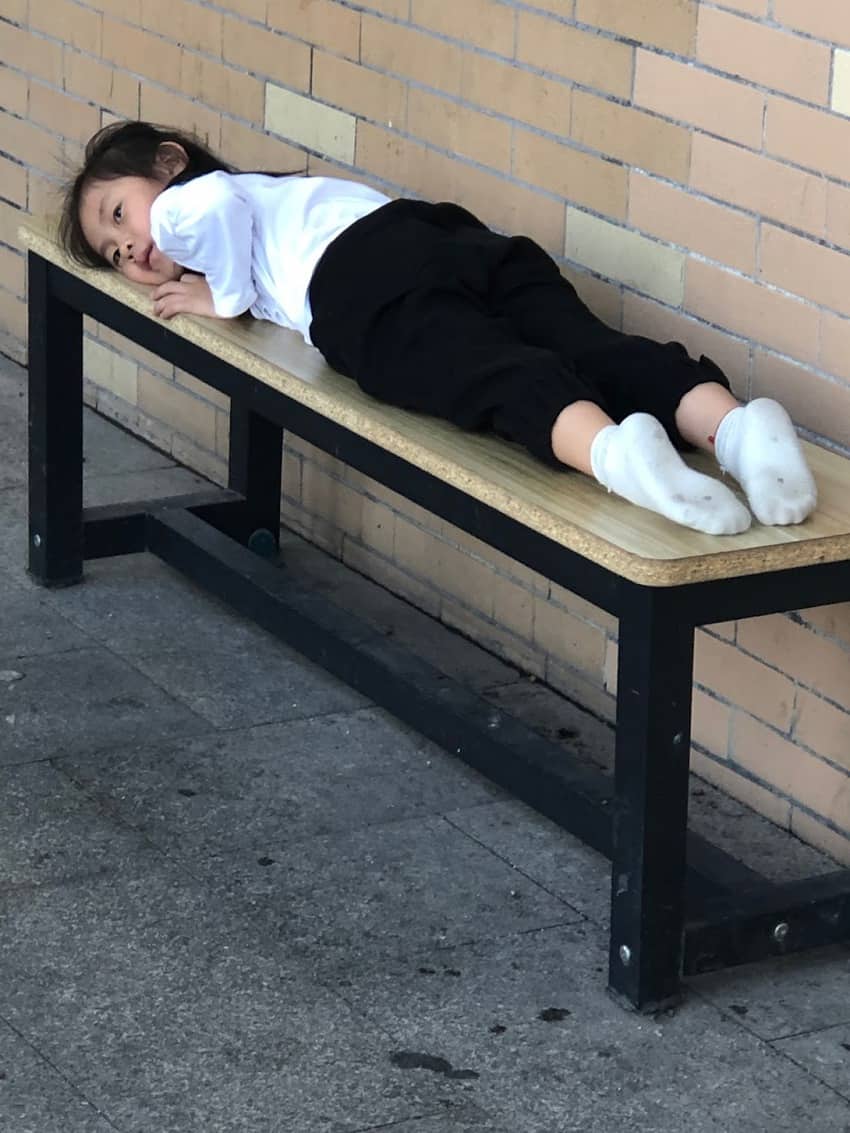 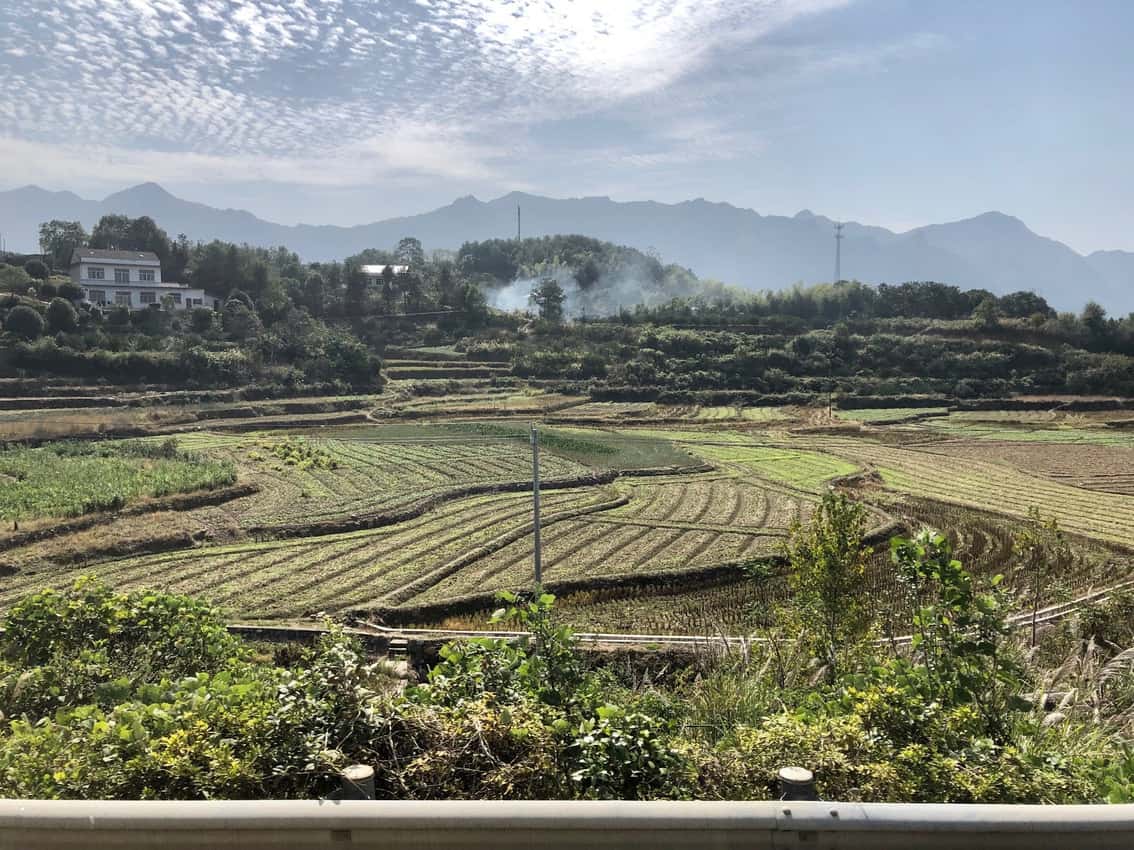 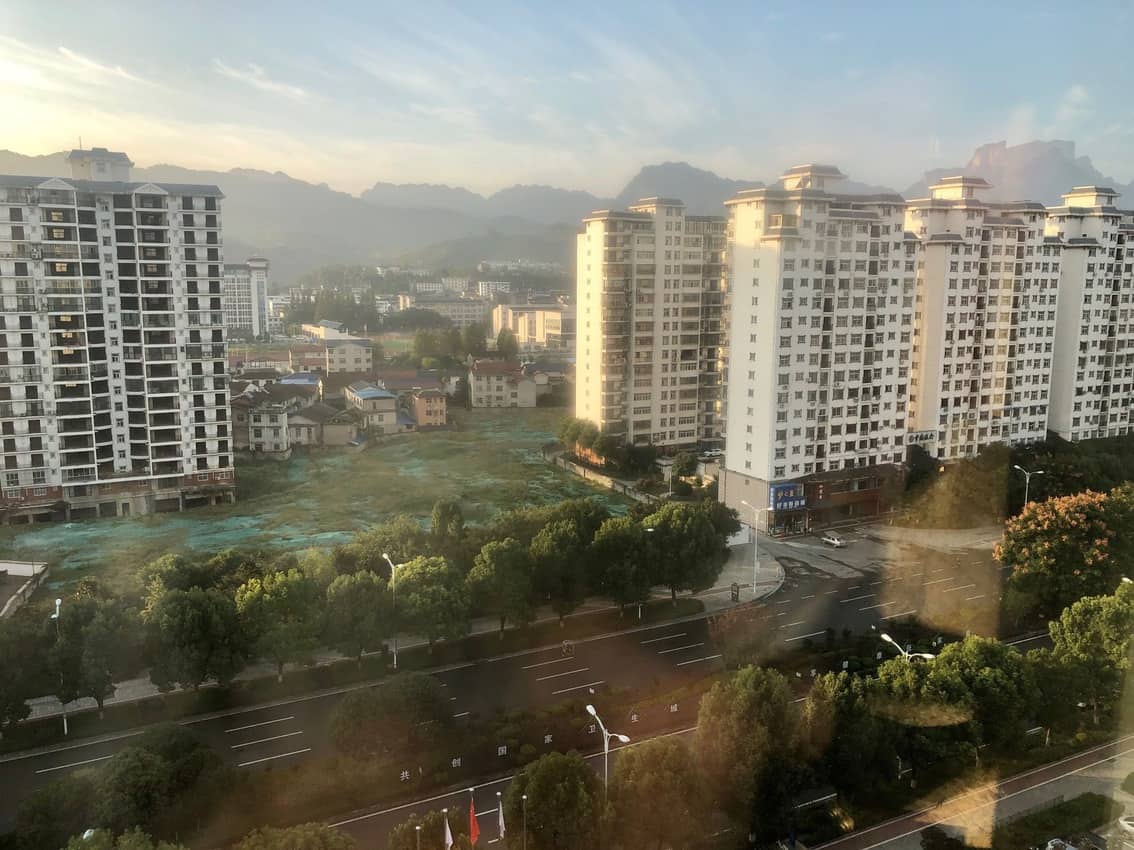 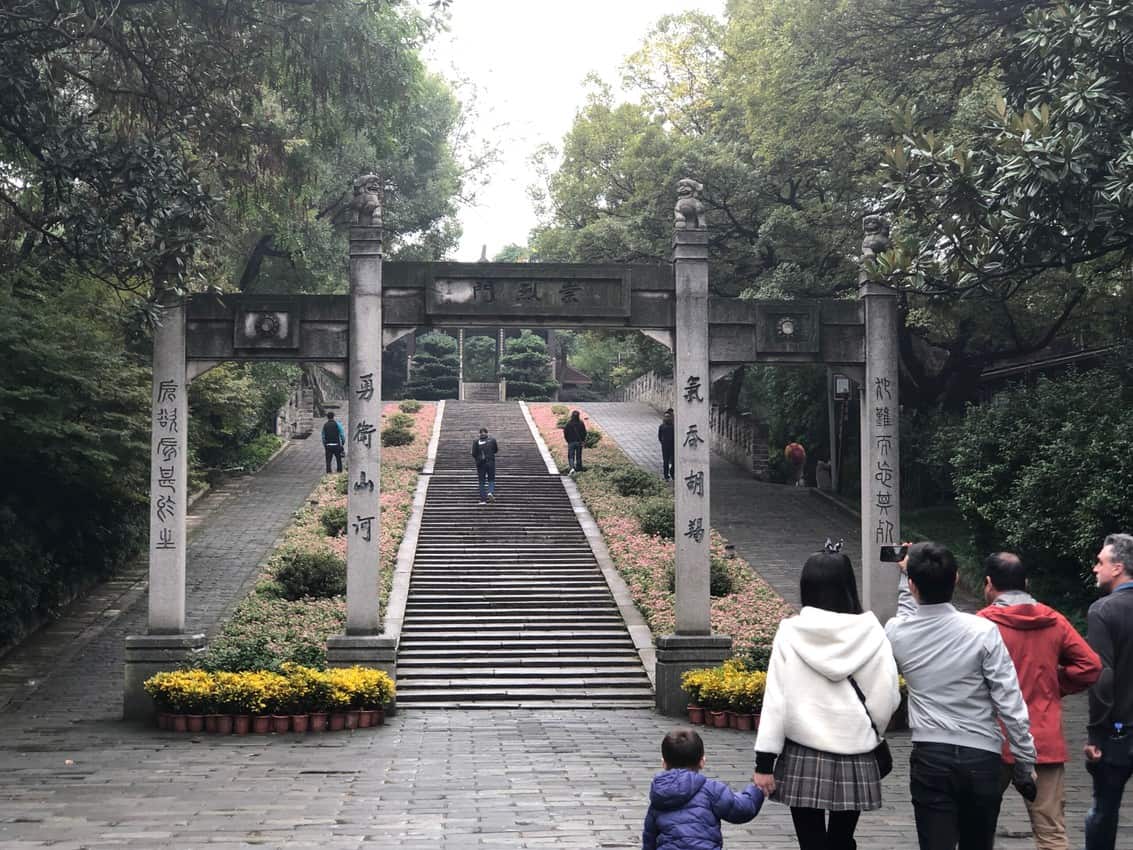 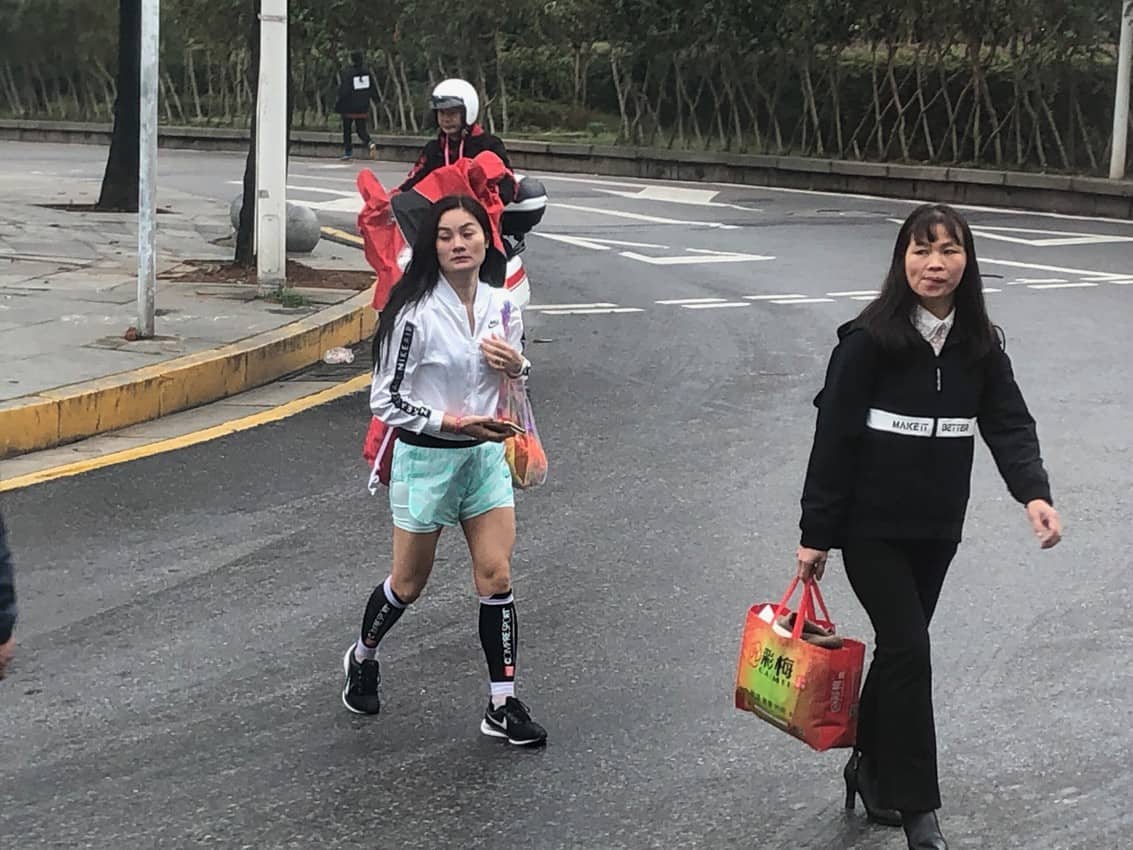 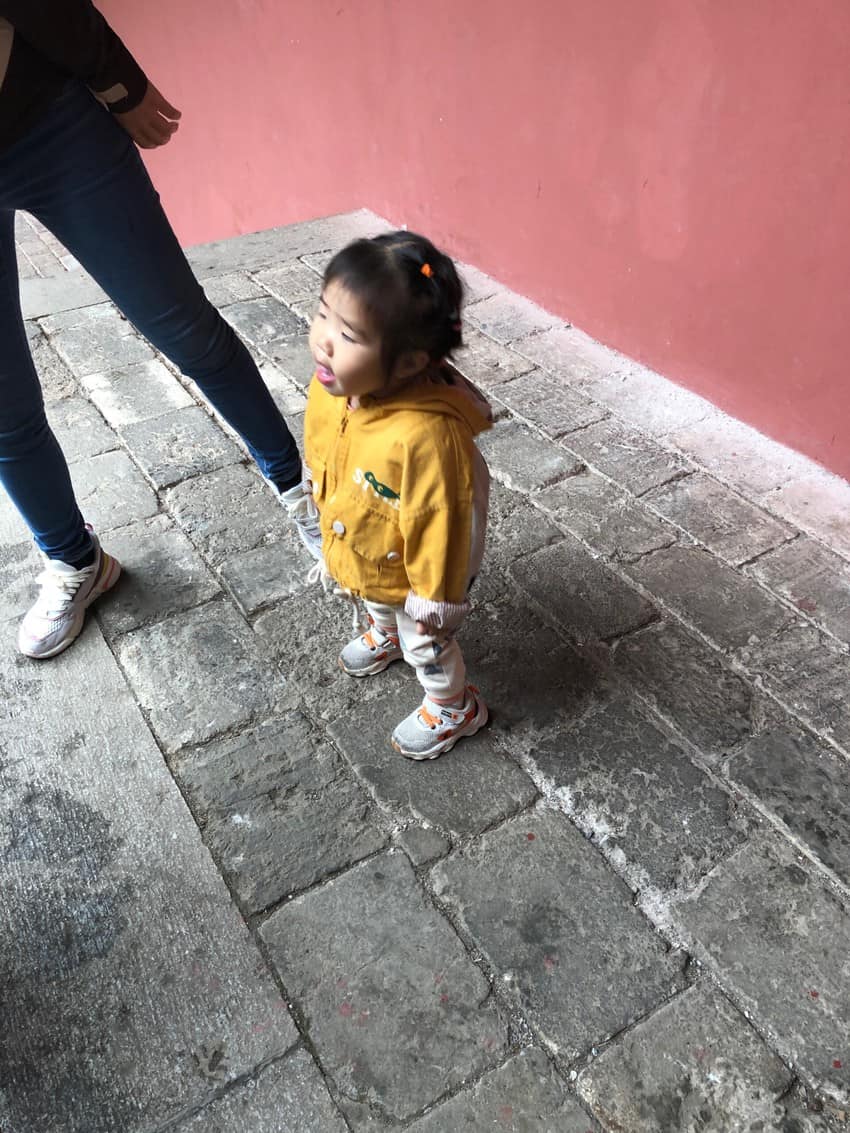