In Fayetteville, North Carolina, the U.S. Army Airborne and Special Operations Museum is home to the entire history of the airborne and special operations sects of the United States military.

For anyone with a fascination for this part of our nation’s history or family members of an Airborne or Special Operations soldier, the museum offers people a place to both learn and honor these men and women.

This museum is the only one in the country to highlight U.S. Army Paratroopers and Special Operations Soldiers, making it a huge draw for visitors. The museum is located in Fayetteville, which is home to Fort Bragg, one of the nation’s largest military bases and home of the 82nd Airborne Division.

What Do Visitors Get in a Visit?

A tour in the museum is a crash course in the history of the U.S. paratroopers and Special Operations soldiers.

James Bartlinski, the Museum’s Director,  notes that museum-goers learn the history, “from 1940 until the present, as well as conflicts, battles, and operations they participate in.

“The ASOM offers visitors a keen sense about these men and women’s dedication to country, devotion to service, and commitment to the freedoms of all Americans.”

Visitors to the museum guide themselves through the fascinating displays of history.

With no individual tours provided, museum volunteers are available to answer any visitor’s questions.

The main exhibits cover the Test Platoon, the first platoon to jump out of a plane, World War II, the Korean and Cold wars, Vietnam, and contingency operations and the use of aircraft in special operations.

The Test Platoon exhibit covers the conception of the Airborne division. Visitors learn about the first U.S. soldiers to jump out of an airplane and into combat, a feat that took courage and bravery.

The World War II exhibit shows advancements in airborne technology including gliders, equipment, and how vehicles such as Jeeps were dropped into combat.

The exhibit displays remarkable innovations in Airborne division during the late 1940s.

The Korean and Cold War, Vietnam, and Contingency exhibits dive deep into further technological and obstacles the Airborne and Special Operations division had to hurdle during these wars where different climates and enemies played a substantial factor in their combat strategies.

Every exhibit breaks down the influential battles, strategies, equipment, and lives of the soldiers who took part in each respective war.

The exhibits proudly display the gear used by soldiers dropping into these hostile environments with explanations for what purpose the equipment served.

What Do People Come to See?

“The main exhibit gallery is the focal point of the museum and attracts the most attention,” says Bartlinski. “The main atrium is very inspiring for the first time visitor and must be seen to appreciate.”

The museum has temporary exhibits that are rotated throughout the year, but the main exhibits display such a significant part of our country’s history, people from all over are drawn to it.

The ASOM provides an educational experience for visitors that shows the history of this part of the military, as well as what it takes to be a U.S. paratrooper and Special Ops soldier.

Honoring soldiers who have dedicated their lives to the military is another aspect of the museum that brings visitors to the grounds.

The exhibits and learning experience are just as important as taking the time to reflect on the soldiers who are honored all throughout the museum.

The stories of these soldiers are immortalized in the exhibits and the museum further honors them with memorials in the gardens of the museum.

Bartlinski reminds visitors, “The ASOM does not focus on war. The museum directs its educational experience to the visitor by showing them what it takes to be a U.S. Army Paratroopers and through further training a Special Forces Soldier.”

A Unique Experience for Visitors

Stories of soldiers told in the museum’s exhibits are unique to the ASOM. The ASOM prides itself on its educational approach to this part of our nation’s history.

Free eight to ten minute movies are played throughout the day for visitors to check out as they make their way around the grounds of the museum.

Also offered are two simulator experiences that aim to put the audience right in the thick of Special Operations missions like HALO jumping, skiing with Special Forces, flying into Normandy on D-Day, along with plenty of other unique experiences.

More Than Just a Museum

The Liberty Tree, Sunken, and Reflection Gardens are wonderful outdoor areas of the museum with memorials for fallen troops. There are also statues and dedication pavers to honor the men and women of the Airborne and Special Operations divisions.

The Reflection Garden acts as a place for visitors to reflect on the history that is shown in these exhibits while surrounded by lively trees and seasonal flowers.

The entirety of the outside grounds of the museum aims to get visitors to reflect what they learn about and view within the museum itself.

The Liberty Tree is symbolic of the stance colonists took against King George’s tyranny.

The Liberty Point Resolves pledged their support to the Congressional Congress in their fight against tyranny. It’s rumored they tacked their resolutions to said tree.

The shaded patch underneath the tree provides solace from the sun during the hot summer months in North Carolina.

In the Sunken Garden, memorial walks with names etched in stone are surrounded by trees and benches for a peaceful walk to remember the names of fallen soldiers.

Within the Sunken Garden, there’s also a fire pit that is used for Flag Retirement Ceremonies only.

While the museum as a whole can be viewed as a memorial to honor soldiers and our nation’s history, the outdoor grounds are the primary spots where soldiers are honored and remembered.

The U.S. Army Airborne and Special Operations Museum in Fayetteville, North Carolina offers a remarkable educational experience for visitors to learn and discuss such an important part of the United States military.

The museum is a testament to the bravery and sacrifices made by the soldiers in the Airborne and Special Operations divisions.

Visitors are offered a unique experience and an in-depth view of inspiring stories of soldiers as well as obstacles they had to overcome during these wars. 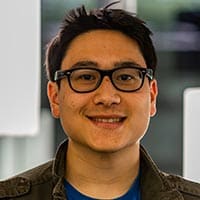 Quinn He is a writer and journalist from Wayne, NJ. His time as the Arts/Living Editor at the UMass Daily Collegian has given him the freedom to write predominately about music, but he hopes to enter the field of science writing as a career. Outside of work, Quinn enjoys creating music, reading, and running