Turpan: Surviving the Heat in Hell’s Gateway of China

As part of a three-month trip that would cross Siberia, Tibet, and Central Asia stopping in some cities along the northern silk road by train, Turpan had built up for itself high expectations.

Perhaps being known as the “Death Valley” and “Hell’s Gateway” played a part in it.

Turpan is often referred to as that because temperatures in the summer can reach up to 45º C / 113º F, earning the title of the hottest place in China, and it has even been the hottest spot on earth on some years.

Turpan is also the second-lowest depression in the world, only after the Dead Sea in Israel, with an altitude of 154 meters below sea level. So if you are one for the superlatives, this is your place.

A couple of days before our arrival, we had seen on the news a red alert for heat in the area, but nothing could have prepared us for what we were about to experience. The “hell’s gateway” definitely was living up to its reputation.

We hardly ever book hostels, but in this opportunity, for reasons that escape my mind, we had booked a private room in the Dap Youth Hostel.

I don’t remember ever being so happy as I was when we confirmed that the private room had AC. It was the sole reason why we managed to survive in the scorching heat.

As everyone knows, to avoid heatstroke in this extreme weather condition you should always be in the shade and not exposed to the sun, stay very hydrated, eat light and fresh food, wear proper clothes, a hat, and sunglasses.

It all seems very logical, but when one is on a trip, with lots of things to enjoy, the instinctive thing to do is to walk around, visit places, and then lay back at noon with a cold beer to wash down the heat, and that is what we did.

This quickly proved to be a horrible idea! After those refreshing beers, we headed back to the hostel for a much-needed siesta only to learn the hard way that beer would dehydrate you, giving you cramps, feeling weak, and gasping for breath!

So please, do avoid that holiday instinct, stay away from alcohol, and strolls under the sun if you catch this weather.

Organizing the visit to the sites

The places most people typically visit when in Turpan are scattered throughout the city and its surroundings.

Public transport to those places is scarce and takes a lot of time and waiting around under the sun.

Something that might not be the best idea in that weather. Selecting the Dap Youth Hostel ended up making everything very easy for us. They offered some small-group tours that only consisted of a minivan that would take you from one place to the other. We are not much of a guided tour kind of people, so for us, it was exactly what we needed.

The tours are usually organized to visit either the western or eastern sites. Some also include the Kumtag desert as well, but we didn’t venture to it as it didn’t seem the best idea with those temperatures.

Tang, the owner of the hostel, helped us organize along with other guests of the hostel a bit of a pick and choose of the places that we wanted to visit on day one.

Our plan was to do further places with the tour, and the closer ones by ourselves.

The first day we visited Jiaohe ruins and the eastern sites.

A minivan picked us up in the hotel early in the morning and headed 10 km west to the first spot. On our way there, we were able to see a little bit of the city but most memorably, we saw a nang cart.

Nangs are flatbreads, traditional of the Uyghur culture, but that would continue to appear, with different names, all throughout our journey in Central Asia. The more to the west we went, the more this delicious nang appeared.

Not wanting to miss out on the opportunity to try these we urged the driver to stop to get some for our day in the sun. The nangs were just getting out of the tandoor oven and they smelled incredible. Everyone got out of the bus to get some before getting on to our destination.

After that tasty stop, we arrived at the Jiaohe Ruins, also known as Yar City. Once the capital of the Kingdom of Jushi in the 1sr century, it’s one of the best-preserved ancient cities in the world. Constructed 1600 years ago, it was home to 6500 inhabitants.

It was amazing to see these constructions, with brick made out of the same materials as the ground, blending in a unique color.

Sometimes it almost looked as if it was not built by man, but a manifestation of nature. The same would prove to be true all throughout Turpan sites, making it look a bit surreal at times.

With 376,000 square meters, this ancient city is incredibly big. It was divided into residential, administrative, warehouse temple and tomb districts. Nowadays, you can see the ruins of residences, city gates and walls, ancient wells, Buddhist temples, and cemeteries, which are proof of the interaction between the different cultures on the Silk road.

Lost in the Maze

After spending a couple of hours visiting the different districts, and getting lost in the maze streets and alleys, we set out to our next destination.

Like in most tours, we stopped at a restaurant where they served the traditional Laghman. This Uyghur dish consists of hand-pulled noodles that are served with meat and vegetables.

We enjoyed this stop very much, not only because the dish was very tasty, but because the view of how they were made was almost hypnotical. This restaurant also had a lovely setting right next to a vineyard. A true oasis in the desertic area.

On the road to the Bezeklik Caves, a stop by the Flaming Mountains

is mandatory. These red-sandstone mountains are 100 km long and 500 meters high.

The mountain got its name because the red rocks reflect the heat and glow of the desert and the hot air looks as if it was smoke, resembling a fire.

The mountains became famous because of the classic novel Journey to the west, written in the 16th century where the main characters pass through on their way to India.

After a quick stop for some photos, we melted back to the air-conditioned minivan towards our next stop.

The Bezeklik cave grottoes are located high on a cliff, under the Flaming mountains, and date back to around the 6th to 14th centuries. The name Bezeklik means “Place of Paintings” and it refers to the murals that were painted in the caves.

Although many were cut out of the rock and stolen in the 20th century, you can still find paintings inside of some of the caves.

At this point, some of our tour partners were too exhausted to even get out of the minivan but not us.

We weren’t going to miss a visit to the 77 rock-cut Buddhist caves so we set off. In most of them, we were able to enter and see some incredible Buddhist paintings and enjoy the quiet and cooler air of the 15-centuries old cave shadow.

The arched ceiling and walls painted with thousands of colored buddhas were well worth the effort.

We headed next to the Tuyugou Village -Tuyoq in Uyghur- located 75 km east of Turpan. By now we were the only ones standing on the tour.

Nobody wanted to get out of the van. We were all dead exhausted and everybody was ready to get back to the hostel… But you never know when you will be able to be there again so we gathered our strength, a bottle of water, and got out into the suffocating heat of the afternoon.

The small houses blended with the soil they were in, all but the small green mosque, standing out amidst the color of the desert. We strolled around the small village, seeing kids running around and playing on the street, and heard “funny-singing” goats.

We got a glimpse of some scenes of the traditional Uyghur life with no tourists at sight. We went down to the shoreline and walked up the gorge where more Buddhist caves dating back to the 3rd century could be found.

Tuyoq is considered a Muslim pilgrimage site where devoted people said that 7 visits there, equal one visit to the Mecca. Ok, so we are one down, 6 to go.

After an hour, we came back to the minivan to see the hatred look in everybody’s face, tired of waiting for us. Sorry again friends, but we were very glad we didn’t miss it.

First, we decided to do the 30-minute walk to the Emir Minaret, also known as Su Gong tower.

The walk took us through some pleasant urban landscapes as well as enchanting vineyards all the way to the site.

This impressive tower is located right next to an Uyghur mosque on the east side of town. The wood and mud-brick construction was built in only one year in 1777.

With its 44 meters height, it earns the title of the tallest minaret in China (I’m looking at you, superlative lovers).

Sadly, you cannot go up any longer but the view from the outside is lovely just the same.

In the tower, you can see a beautiful combination of the Islamic traditions, represented in geometrical patterns and the Uyghur traditions, which can be seen in the floral decorations, both mixed and carved in the bricks.

The mosque beside it also provided a great place to escape the sun a little bit while seeing the simple but yet charming wooden beams and pillars on its interior.

The walk back to the city center through the smaller streets away from the avenues presented an excellent opportunity to see the small houses and farms.

It was also a new opportunity to yet again get one of the traditional bread of this region. Thirty minutes and one mouth-watering nang later, we got to the square where the museum is located. Its water fountains provided the local kids with much-needed relief from the heat while they played and swum.

After admiring the scene, and envying them a little bit, we entered to the -air-conditioned- Turpan museum.

We easily spent a couple of hours visiting the ancient artifacts recovered in the region as well as some incredible well-preserved mummies and dinosaur fossils.

Grabbing something to eat at this sort of street market is always a favorite of ours.

Food is always great and you get to see the daily life of the people who live in the city. Dozen of stalls open up after sunset providing lots of traditional options to try.

The sun was down and the temperature had decreased a little bit, enough for us to cave to our holidays’ instincts again. We ordered some dishes, opened a couple of beers, and enjoyed our last night in the city. 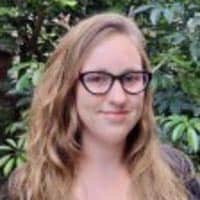 Daniela Kisinovsky is a Buenos Aires native who’s been traveling for the last 10 years. Travel has become a major part of her life, and something she loves to share with fellow wanderlusters. Follow her on Instagram @pipi_punky