Luxembourg’s National Motto is “We want to stay what we are.’’

But with climate change and pollution a big bugbear here, just as much as across the world, is this possible?

Accompanied by my two trusty travelers, Ruaridh (12) and Flossie (10), we embarked on a three-day journey into the unknown, with the challenge of seeing just how Luxembourg is transforming itself into an eco-friendly hot spot and what it has on offer to embrace that pledge.

And it’s amazing once you start digging, what you can find, from a Charlie and The Chocolate Factory style glass elevator pinging you up and down from the old town to the new, to a fabulous two-hour walking tour taking in the nature of the city while enjoying the stunning architecture.

Free Transport for All

The good news is that from next March 2020,  Luxembourg will provide transport free for all in and that is surely a positive for any visitor on a shoe-string and especially those traveling with children.

In order to make things work and attract more visitors, the transport system has been overhauled and people encouraged to head off the usual tourist track and embrace the natural beauty.

Much of the city is being ripped up as a new tram system is being introduced. And judging by the early signs, it is going to be a fun ride.

Luxembourg currently has the highest number of cars per inhabitants in the world, so it will need something special to get folk out of their gas guzzlers.

Slowly this tiny country, the size of Oxfordshire is changing and its current population of 600,000 turning to alternatives including the tram system which has been brought in from Spain and which is fast, sleek and ultra-trendy with seats which light up as you sit down and help you glow in the dark.

The tram takes you along the Avenue J F Kennedy in the modern Kirchberg area and meets up with the Pfaffenthal-Kirchberg funicular.

A few minutes walking through the green valley and the Pescatore park and you are in the floor to ceiling glass elevator which can zip you up the 71 meters into the old town, a UNESCO world heritage site, in a matter of seconds. Used by all, this is a great piece of engineering and the views and popped ears are worth the free ride.

Luxembourg is the richest country in the world and that is not bad for a place with a population of just 600,000, although it is set to increase three-fold in the next 40 years.

With more than 170,000 commuters from nearby France, Germany and Belgium, it is determined to ensure that the country changes for the good and without spoiling its history, while also catering for its status as the main banking center across the world and also as one of the main players in the European Union.

City planners have been smart and ensured the heritage of the old town stays with cherished traditional architecture and not so old buildings given the same look to ensure the historical look is preserved.

The city’s railway station has a fantastic stained glass window at its center depicting Luxembourg as one of the most important fortresses in the world and a quirkily decorated ceiling to brighten up this huge space.

One of the great ways of combating climate change and enjoying the history of the place is to take the self-walking tour “The Circuit Wenzel’’.

This little-known circular walk was named after the 14th Grand Duke Wenceles and takes two hours to complete.

On the way, it takes you past some grand houses, steep streets and trendy bars and restaurants and there are interpretation boards along the way to point out the most important sights.

Tradition is a big thing in Luxembourg and especially in the outdoors. In the summer, there is a huge festival which takes over the squares and streets and everyone lets their hair down as they enjoy music, art and culture, all free and with a fantastic atmosphere.

If art and music are your things, then Luxembourg caters from the classical highbrow, often held outdoors and performed by the Philharmonic Orchestra to the slightly obscure art and culture held in the city’s Rotunda center.

Two renovated locomotive sheds have been transformed into a modern-day center called The Roundhouse that attracts lots of diverse exhibitions and shows from around the world. Its name gives it away as a circular building and it is an unusual place to enjoy a night out.

One of the best alternatives to the usual culture is the  Schueberfouer Fun Fair, which runs from late August to mid-September and offers 231 funfair rides, including 31 games, 16 children’s rides, and 41 food and drink outlets.

It’s an old-fashioned fair and was started by John the Blind, Count of Luxembourg, and King of Bohemia in 1340. His body can be found in a tomb in the crypt of the city’s Notre Dame Cathedral.

Before the fair officially starts, people join in the “sheep march’’, a procession of shepherds, who bring their sheep with a big band in tow along to the fair,  to mark this important date in the calendar.

So entertaining is the procession that it is marked in history with a bronze sculpture by Will Lofy, created in 1937 and depicting the sheep and band on their way to have some fun.

Sculptures are a big thing in Luxembourg and can be found dotted about the historic and new parts of the city, adding to its quirky culture.

Two of the most popular are of The Grand Duchess Charlotte who reigned from 1919 to her abdication in 1964 and The Tall Banker, a modern creation in the banking district.

Duchess Charlotte was exiled in France, Portugal, Great Britain, and North America during her reign, but she was a much-loved figure and as a mark of respect following her death, the Luxembourgers commissioned French sculptor Jean Cardot to make a 2-75 meter high bronze statue which sits proudly amongst historical buildings in the Place de Clairefontaine.

The Tall Banker statue could not be more different, eight meters tall and dressed in a pinstripe suit, this elegant and super slim statute was commissioned by banks to symbolize progress, profit, optimism, and vision.

With a normal person-sized waist, the statue’s suit, umbrella, and newspaper are to scale as are his size 96 shoes.

One of the things Luxembourg won’t have to change is its natural beauty, in fact the locals are doing their best to boost it instead.

One of the latest ideas is to add a Hop-on Hop-Off nature and castles sightseeing bus tour which starts off in the historical part of the town, before gently heading off out of the city and into the greenery which surrounds one of the most important fortresses at Vianden Castle.

The bus drops you off by the chairlift and up you go to catch a glimpse of this beauty.

Dating back to the 10th century, the castle is Disney-like in looks, but is also one of the largest west of the Rhine.

Once off the cable car and you can walk down to the ancient monument and take a peek inside to see what life was like in this renovated beauty which also houses medieval exhibitions.

Forty-six minutes away from the city center, will find you in the stunning scenery which surrounds The Toodlermille campsite in Tadler. And, incredibly, here is home to six Icelandic horses that are available for hire.

These lovely creatures are as robust as anything and just the right height for most riders and are a fun activity to try.

And if they get you hooked, you can opt-out of the normal campsite spot and instead sleep in the Haystack Hotel, complete with straw beds!

If water is your thing, then head 28 miles out of the city and to Grevenmacher where you will find the magnificent MS Princess Marie Astrid.

This new pleasure boat marks a significant piece of history for Luxembourg because it was on the 2nd MS Princess Marie-Astrid that the famous Schengen agreements were signed in 1985 and 1990, which led to many borders being abolished and allowing more of us to travel freely.

Find out more about visiting Luxembourg on their tourism website. 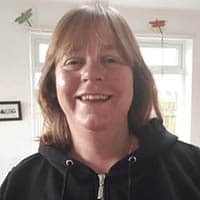 Rebecca Hay is an experienced travel writer and member of The British Guild of Travel Writers. Accompanied by husband Kenny and children, Ruaridh (12) and Flossie (10), the family love to explore new places and see countries through young and old eyes. Follow their adventurers on Twitter and Instagram @emojiadventurer and on Facebook via EmojiAdventurers2.