Snowdon: The Jewel of the Welsh Mountains

The country of Wales has lots to offer its visitors from ancient castles and modern-day seaside resorts to lush greenery and mythical mountains.

And its mountains are precisely where you can find outstanding beauty and the picturesque Snowdonia and its highest peak: Snowdon.

Snowdonia National Park entices you from the get-go. Its majestic scenery, hidden crags, and wondrous waterfalls are a mecca for tourists of all kinds.

Covering 823 square miles, which ‘Eryri’ as Snowdonia is known in Welsh, it was designated a nature park in 1951 – one of three in Wales, and it is beautifully preserved in all its natural glory.

Visitors from all walks of life come to experience this delightful part of the world. Ramblers can roam free, families can explore new adventures, dogs are treated to some great exercise and elderly people can leisure around and marvel at the stunning sights Snowdonia has to offer.

Over four million visitors a year are attracted to this mountainous magnet and it is not hard to realize why so many people find so much joy with the impressive mountains, rolling hills and gorgeous valleys which tower over you.

When visiting Snowdonia, it is a must to scale the highest mountain in Wales and second highest in Great Britain. At 1085m (3,560ft) Snowdon, derived from Old English as ‘Snow Hill’ or Yr Wyddfa in Welsh, which translates to ‘the tumulus’ or ‘the barrow,’ is the jewel which lies within the Welsh mountains.

The landmark attracts 582,000 people every year and has a rich history of entertaining guests, attracting tourists from all over the world.

There are various ways and routes to ascend up Snowdon. For the keen walkers, it represents a tremendous challenge and human effort to reach the summit. It takes on average between five to seven hours to climb to the top of the mountain and walk back down on a round trip.

Snowdon is also part of the National Three Peaks Challenge, where enthusiasts can test themselves by scaling the highest mountains in each of England (Scarfell Pike) Scotland (Ben Nevis) and Snowdon within a 24-hour time limit.

The most idyllic way to visit the top of the Welsh mountain is by train. The Snowdon Mountain Railway has been in operation since 1896 and transports 130,000 passengers annually. Currently, the railway is being upgraded with 100 meters of the track being replaced every year to provide the necessary maintenance to make the train service fit for purpose for modern-day use.

There are four trains in all and they are named after famous Welsh celebrities such as Singers Dame Shirley Bassey DBE and Katherine Jenkins OBE.

Also, the Tour De France Cycling Chief Sir David Brailsford has a train named in his honor having being brought up in the nearby region to the mountain of Caernarfon.

One Hour from Llanberis

Overall, the train journey takes two and a half hours and is a memorable experience. It takes approximately one hour from Llanberis at the bottom to its summit – a distance of 4.7 miles.

It has amazing views as you gradually chug up the mountain and snake through waterfalls, valleys, lakes and farm animals with sheep dominating the route upwards.

The train travels at a steady 5mph as you rise up towards its peak. There at the peak, guests have 30 minutes to savor and take in the top of the mountain where there is the Hafod Eryri Visitors Centre located offering refreshments, souvenirs and interesting information about the mountain.

Also, depending on the weather, guests can venture outside and climb the steps to the absolute summit where a bright gold compass awaits detailing in which direction some local places are located.

It is an intriguing viewing point fit for Snowdon’s high stature.

On a clear day, visitors can see as far as the mountains in the Peak District and all-in-all, 24 counties including all in the British Isles, 29 lakes and 17 islands are visible when the weather is favorable.

The view overlooking the National Park from Snowdon really is the best vantage point possible.

A View to a Kill

As a famous James Bond movie title goes, Snowdon really has a view to a kill and it brings such tranquility to see natures way of the highest order. Beaming smiles and faces of amazement in awe of the magical mountain are the norm.

It Wreally is from an environmental perspective, a landmark of the highest importance.

Some housekeeping in terms of Snowdon’s railway service. The train is open to the public from March to November, weather permitting, and there are three price bands of the railway service.

The Heritage Steam Experience, taking guests on a voyage through their steam train, is priced at £39 for adults and £29 for children. The Traditional Diesel Service, which transports guests on a diesel-powered locomotive, costs £30 for adults with £21 for children.

There is also an early bird offer which has only one service in the morning at 9 am. This is the cheapest journey with adults paying £24 and children £15 and also uses the diesel train.

Discounts apply to disabled travelers and prices are based on a return journey from base to summit.
Passengers can buy a single ticket, which gives visitors the opportunity to walk down the mountain, which can last on average around the three-hour mark.

Best of Both Worlds

This way ensures the best of both worlds and giving the visitor a glance at Snowdon from both perspectives.

All trains depart every 30 minutes from Llanberis station until 5 pm, which is the departure time of the final journey up to the top of the mountain.

It is also possible to travel to Clogwyn station, which lies three-quarters up the mountain and has a duration of 45 minutes. This service runs from mid-March to May when the weather is too inclement to journey to the summit.

It is advisable to book in advance, especially in peak holiday periods as tickets can sell out fairly quickly. It is also necessary to be at the departure station at the foot of Llanberis thirty minutes in advance to be ready to embark.

Snowdon Joy
Snowdon and its famous railway bring you the joy, satisfaction and fulfillment desired and it is a thoroughly pleasurable journey. Overall, Snowdonia is a wonderful area to discover and a treasure worth its waiting gold.

However, in its famous peak of Snowdon, it has its jewel of the Welsh mountains. 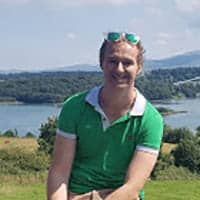 David Whitworth is an English freelance journalist who has called the city of Sevilla in Spain his home since 2013. Originally from Blackpool, England, he combines his passions for sports, traveling and writing by penning articles for various football and travel publications.  To dare is to do.