If Germany were in the tropics and had a pleasant climate year-round, it would be exactly like the Colonia Tovar.

If not for the occasional palm tree and the people who speak Spanish as they walk down the street, you might forget you’re in Venezuela. Off-white buildings framed out by dark wood and covered with red tile roofs line the streets.

A church of similar architecture with a big, round stained-glass window that glistens in the sun overlooks the town’s main plaza. And every afternoon a gentle fog creeps up the mountainside, blurring the lush, green mountains, and farms that lie beyond the city limits.

Although the CT is only 37 miles west of Caracas, it remains an attraction that is off the beaten path of international travelers. Getting there can be difficult for those unfamiliar with the area and English is not widely spoken.

But Venezuelans from surrounding cities find it a great getaway as a day trip or a weekend trip. This tropical paradise with a German touch wins over its visitors with a relaxing atmosphere and a unique history.

When the CT was established by German immigrants in 1843, it was natural that the settlers build their town and act as any German community would. Since most of the immigrants were from the Black Forest of Baden Wuerttemberg, even today the town’s German heritage is evident in its architecture, population, language, and gastronomy.

One reason for that the culture has remained so strong in the CT is the town’s isolation from the rest of Venezuela. In the beginning, the CT was entirely separate from the rest of the country. It was a tradition for area residents to marry only others from the CT. The Spanish language wasn’t introduced to the CT until the 1940s. And only in 1963 was the first paved road connecting the CT with Caracas completed.

It is because of this isolation that even today the town appears to be a part of Germany somehow misplaced in South America. The German language and culture have been passed down from each generation to the next. Blond-haired, blue-eyed people are more common than in the rest of Venezuela. The architecture is German. Even much of the food is German.

Many establishments in the CT specialize in bread, wiener schnitzel (Viennese Cutlets), sauerkraut (pickled cabbage), strudel (pie), and German-style beer. Restaurants with such fare range from the inexpensive but tasty Euro Burger at around $5 per meal, and the more expensive fare at the larger hotels, which begins at around $12 per meal.

Buying food to take home is also a great deal. On my last trip, my friends and I stopped at a shop that had all sorts of cured, German-style meats, including hams and sausages. In fact, we were told that this particular shop held the Guinness World Record for having produced the world’s largest sausage.

In addition to German-style meats, produce is also a good buy in the CT. Because of the area’s favorable climate, fruits and vegetables grow well there. You can buy produce at stands around town at better prices than in the cities and it’s usually of a better quality too.

More so than shopping, tours of the city are highly recommended. As far as guided tours or the area are concerned, the number of companies offering them is small. The largest of the few that do exist are Rustic Tours. As with many things here, tour prices are negotiable.

Since my last trip, there was taken mid-week when there were few tourists, my group of five friends was able to negotiate a deal where we received a private group tour of the agricultural communities that surround the town for about $6 per person. Other tours being offered at that time included one that focused more on the history of the town and another that gives an overview of the natural areas that lie outside of the town’s adjacent agricultural lands.

Tours need not be arranged too far in advance. Settling on a tour, time, and price the day beforehand is more than sufficient. In fact, since my friends and I had neglected to plan our trip whatsoever, we took a survey of people in the cabanas where we had rented rooms and of CT natives on the streets to find out which tour company would be best.

The consensus was that we should walk down the main road in town and look for a sign that said Rustic Tours, which we did. Our tour lasted a couple of hours and focused on the agricultural aspect of the town, although it also touched on the general history of the area a bit.

Even though the weather that day was not perfect, we still got some breathtaking views of the landscape. The patchwork of agricultural lands alongside the undeveloped mountainside dotted with palm trees was beautiful even through the thin veil of mist that day.

In the main part of the town, most of the tourist attractions line the main street. The most beautiful attraction in town is La Iglesia de San Martin (Saint Martin’s Church). The church is L-shaped—following the pattern of the German churches the immigrants were accustomed to—and boasts a beautiful stained glass window that shines as it catches the morning sun.

Although the rest of the main street is lined with cafes, the best one is just across the street from the church. Café Muhstall is known for its coffee, tea, and desserts and is well worth a visit. Further up the street, the sidewalks are lined with more cafes, restaurants and craft shops. Another popular attraction is the Museo de Historia y Artesania (Museum of History and Crafts).

The museum boasts archeological records of early town history as well as more recent pieces of history such as traditional crafts and books and articles housed at the connected town library.

A Stroll in the Evening

One thing that the CT lacks is nightlife. Aside from a couple of bars, there isn’t much to speak of. But the town is said to be very safe and the few main blocks are well lit, so a late dinner and a stroll make for a pleasant evening. Although in general Venezuela is not cold, the weather here is much cooler than in surrounding areas because of the altitude, so remember to take a jacket with you at night.. It starts to get cool in the mid-afternoon when the fog starts creeping up the mountain, and at night it gets positively cold.

Although reservations are not absolutely needed beforehand, some options are available. Options range from the Alojamiento Waldhaus ($23 per night) to the Renacer Spa Center Resort & Spa ($123 per night). The website can be viewed in English and gives contact information for the accommodations mentioned as well as the option of booking online.

The cheapest way to get a room is to find one after arriving so you can negotiate the price. The only catch is that if you’re going for a weekend stay you might want to plan on arriving and finding a room early in the day just to be on the safe side. The most expensive rooms are the ones at hotels.

The most affordable rooms available will be those that are privately rented (be on the lookout for signs or ask people working in stores and restaurants for recommendations) and cabanas, which are often former residences converted into motels.

Hard to Get Around

On my last trip, we arrived at the CT in the middle of the afternoon and drove along the empty streets scouting for places with rooms for rent. After looking at different rooms and negotiating on prices, we ended up sharing one room between the five of us for less than eight dollars per person for the night.

The most difficult part of vacationing in the CT is transportation. The best way to get there is by car. The road to get there is the same one used to get to the Junquito. From there you follow signs that say, Colonia Tovar. An alternate route goes through the city of La Victoria, but it is much more difficult to navigate. One option for driving is to rent a car.

You can find international car rental agencies such as Hertz and Budget in Caracas as well as Venezuelan agencies. As an alternative, you may be able to find a taxi driver willing to take you there, but this is not very cost-effective.

The cheapest way to get there is by bus. But since schedules for anything in Venezuela—let alone public transportation—are difficult to come by, this can be an extremely complicated and frustrating endeavor. Despite the difficulty of arriving there, this is a trip well worth the effort.

The isolation of the CT is both its appeal and its curse. Once you manage to get there, its serenity will make you loathe descending the mountain to face the rest of the world. 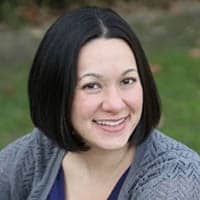 Christina Kaku has traveled, worked, and studied in Europe and Latin America. She writes from the UK.