A hidden gem that’s all good–no bad, no ugly

Recounting a recent visit to Spain for yet another supposedly genteel listener I saw his attention waning. Like my many other friends.

I thought people of a certain refinement, like myself, might enjoy my gushing over Madrid’s Prado or Bilbao’s Guggenheim, two of the world’s most outstanding art museums.

“Those Renaissance masterpieces at the Prado were awe-inspiring,” I told my friend. “Standing in the presence of those Titians and Raphaels was a spiritual experience that I’ll…”

He laid a polite hand on my forearm to stop me and his spellbound gaze said he stepped off the tour bus a few stops back.

The Good, The Bad and the Ugly

“So,” he said, “you really saw where they filmed the end of ‘The Good, the Bad and the Ugly’?”

And there it was. Like so many friends before him, his enchantment with a 1966 spaghetti western trumped any interest in masterpieces of art.

Despite a dirty little secret of my own, I feigned incredulity and scolded his shallowness. “Are you serious?”

So much for Titian and Raphael and El Greco and the magnificent, timeless works of artistic masters. The real master is an artist named Eastwood. All you pretenders to the title just move along quietly. And take your paints with you.

Exasperation aside, I understand my friends’ abiding interest in Sad Hill Cemetery, where Clint Eastwood, Lee Van Cleef, Eli Wallach, and director Sergio Leone came together more than a half-century ago and created a masterpiece of a scene in a masterpiece of a movie.

If you’re not familiar with the movie, shame-shame. “The Good, the Bad and the Ugly” regularly makes lists of top 100 films. Not bad considering its meager $1.2 million budget.

Leone and company chose Valle de Mirandilla (Little Lookout Valley) outside the village of Santo Domingo de Silos, about 130 miles north of Madrid, because it resembled the supposed setting of New Mexico.

Little did they know they had consecrated a piece of ground for cinematic history.

The set measured almost 1,000 feet in diameter and featured more than 5,000 grave markers in a pattern of concentric circles.

The circular stone area in the middle where the duel takes place purposely suggests an ancient Roman arena, where gladiators fought to the death.

When filming ended, the production crew abandoned the set. Nature, indifferent to its significance, interred it like an unknown soldier.

But in 2014, with the 50th anniversary of the film’s release approaching, fans formed the all-volunteer Asociación Cultural SAD HILL (Cultural Association SAD HILL) and dedicated themselves to resurrecting it.

With crowdfunding and methods used in archaeological digs, they painstakingly removed a half-century’s worth of overgrowth to uncover the stones. Although work continues, they accomplished partial restoration by the anniversary.

From a tourism standpoint, the area is inviting and accessible. It sits in a valley of cow pastures and trees.

No visitor center, no gift shop, no admission fee, no restricted areas and, when we visited on a sunny and warm Saturday morning in June, no crowds.

Unobtrusive and informative signage tells the history and importance of the site, and a rustic signpost points to Sad Hill Cemetery.

You’ll also find a neat sculpture of Clint’s character, Blondie, along with a life-size silhouette cutout of the star suitable for picture-taking.

The historical marker anoints the site as “one of the most important cinematographic locations in the history of film.”

Who’s to argue? Certainly not my friends. And although I quibble with their priorities, I fully appreciate why they consider the turf trod by Blondie, Angel Eyes and Tuco more than 50 years ago hallowed ground.

In fact, as I gazed at the stone circle, the movie’s theme music suddenly flooded my ears. For real. A couple had arrived carrying a CD player screaming waa-waa-waahs loud enough to echo off surrounding hillsides.

The man happened to be a member of the Asociación Cultural SAD HILL. We thanked him for the group’s work and asked him to take a family photo with “Silhouette Clint.”

Its source aside, the flood of music worked magic, taking me back to the shootout in Sad Hill Cemetery. (Spoiler alert!)

Tuco is frantically pulling the trigger of his gun in the direction of the advancing Blondie, who casually admits he unloaded it the night before.

Through clenched teeth holding the nub of a cigarillo, he says:

“You see, in this world, there are two kinds of people, my friend. Those with loaded guns and those who dig. You dig.”

Now you know my dirty little secret. In its own way, Sad Hill Cemetery had me in its grip just like those Renaissance masterpieces. Please don’t tell my friends.

To learn more, check out asociacionculturalsadhillen.wordpress.com 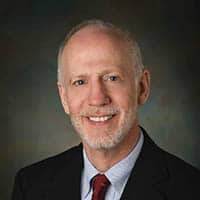 Dave Cuzzolina is a freelance writer from Pennsylvania.