Algeria: Hard to Get in, But Worth the Trip

Ghardaia Algeria and the Mozabite Community where Women Show One Eye

In January 2019, I traveled to Algeria from Paris. Getting the visa was not an easy task: I had to prove that I lived in Paris, the city from where I would ask for the visa.

I also had to present flight tickets, hotel booking, an invitation letter, travel insurance, and a photo.

The cost of the Algeria visa was €85.  I went to the Embassy three times because each time there was something missing.

After my third visit, I got 30 days to spend in the country but I could only go for six days so I planned my itinerary before arriving.

Ghardaia was one of the most interesting places I have ever been to. I was a bit afraid because there is not much information on the net.

Tourism comes mainly from the US and Europe, generally French people as it used to be a French colony.

There are many cruises from the Mediterranean. Hotels are expensive and hostels are not so popular. There are a lot of Algerians living in France so there are a couple of flights from France to Algeria per day.

The itinerary in Algeria

I decided to go to Constantine, Algiers, and Ghardaia. Algiers is the capital of the country and Constantine caught my attention because of its bridges. For those who are architects, the city is very special. But even for me, it was amazing.

Views are awesome. But while I was looking for information about Algeria, I came up with Ghardaia, a city in the Sahara. At the Embassy, I was asked about the cities I would like to visit. When I said Ghardaia, I was told that I needed special permission, because normally people travel in groups and because of its location there are many checkpoints.

I was going there alone. So, when asking for the visa I did not include it in my itinerary as I was not sure if I was going or not. Finally, I decided to go and it was the best decision.

I took a flight with Air Algeria to Ghardaia, where the Mozabite community lives.  On the plane, I was the only foreigner so I started talking with local people in French.

People were so nice that they suggested several places for me to go to. Once at the airport in Ghardaia, I was asked where I was going to stay and the purpose of my visit.

Algeria is a country that has oil so tourism is not as important as in Morocco or Tunisia, their neighbors.

Although I was traveling alone, I decided to take a one-day tour in Ghardaia because it was not easy to move without a car.

The guide came to the hotel to pick me up. There were several villages around Ghardaia and of course the most interesting part, at least for me, was seeing the Mozabite women.

The Mozabites are a Berber community known because their women wear white hijabs. Those who are married only show one eye. The single ones show both eyes and nose.

In some areas of the city, taking pictures is forbidden. In fact, there is an area where it is compulsory to go with a local guide and you cannot take pictures of people, except for from far or in case you ask before.

Women hide when they see a camera so each time I wanted to take a picture, I did it with my cell phone and very fast.

I felt very stressed each time I wanted to take a picture. I thought that someone was going to ask me to erase them, but this did not happen. I did not see tourists with professional cameras taking pictures, for example.

You can also buy carpets and typical souvenirs. Carpets can be sent to your country, it is one of the typical attractions from the Maghreb and the Middle East.

People like drinking tea in Algeria. So the tea ceremony is very well-known also with some sweets. I had tea three times per day minimum.

Algeria is not a cheap country. This is because they have oil.  There was a lot of security as it is not far from Mali. Mozabites also live in Tunisia, on the island of Djerba, but I couldn’t see them when I went there.

I slept in a guesthouse where I ate typical Algerian food and enjoyed talking with locals while eating dinner.

During the day, temperatures were very high, but during the night it was really cold.

When I arrived at my guesthouse (the one I reserved in advance) I was told I couldn’t sleep there because I was a foreigner so I moved to another one and I was the only one sleeping there.

So for breakfast and dinner, I went to the other guesthouse. The thing was that since I couldn’t be registered there I couldn’t sleep there, but for meals, it was fine.

I spent one night in Algiers. Once in my room, the receptionist came to ask me if I wanted to share the New Berber year with them and, of course, my answer was YES! Dinner included soup, couscous with chicken and sweets. Of course, after all this food, we had some tea.

I did not even know that New Berber year was the same day I was going to be in Algeria.

There are also many people that belong to the Algerian diaspora for example, whose parents were born in Algeria but emigrated to the States or France, so they speak Arabic, mixing with French and English.

It was funny that at the guesthouse, people were listening to Latin music, I could not believe that.  I was really impressed by Algeria– that is not touristic at all.

The visa process is hard, but once in the country, you will say that it was worth it. I would definitely go back to this place. 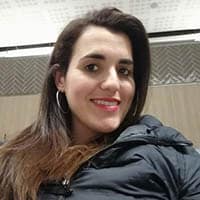 Paula Tranzillo is from Argentina and she has visited more than 80 countries doing unconventional tourism, visiting unusual destinations all over the world. She left Argentina four years ago in order to look for new adventures and has lived in Paris since 2016.  She prefers unusual destinations–she went to Chernobyl, the Falkland Islands, Kosovo, the divided city of Mitrovica, North Korea, Tibet, Lebanon, and others.

Photos of Algeria by Federica Petrilli 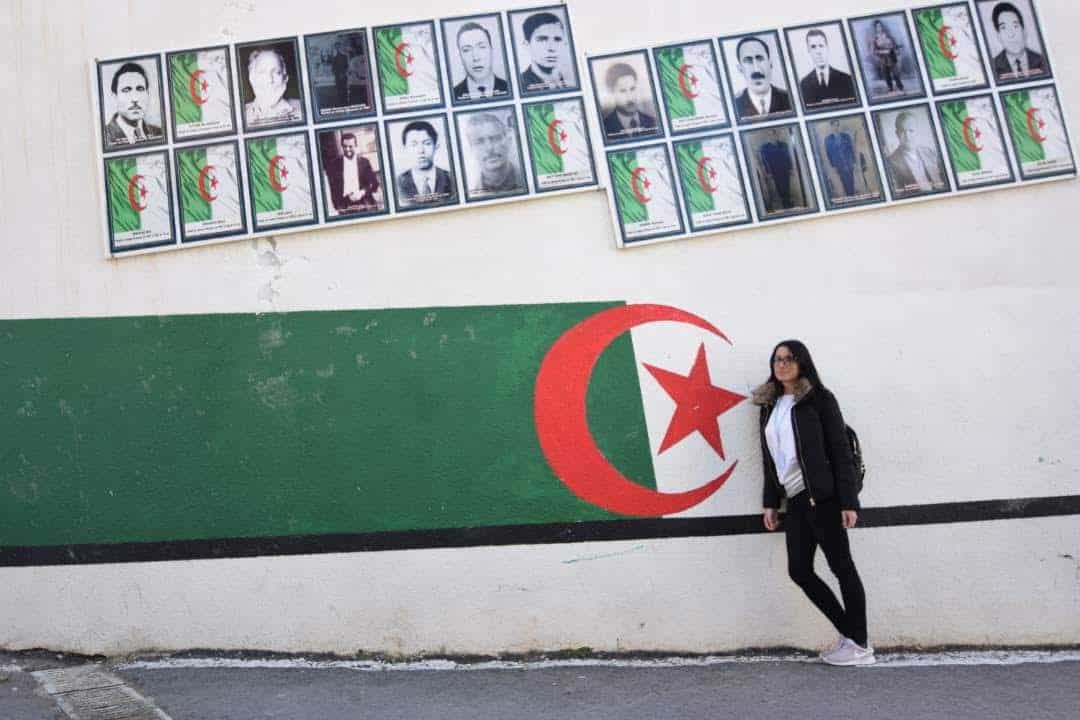 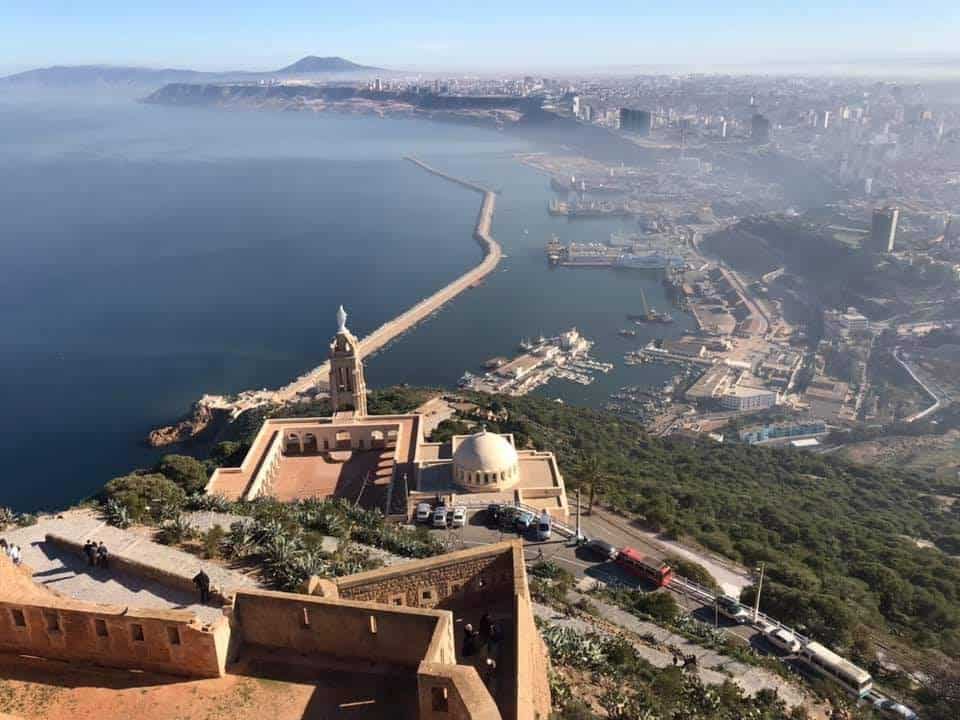 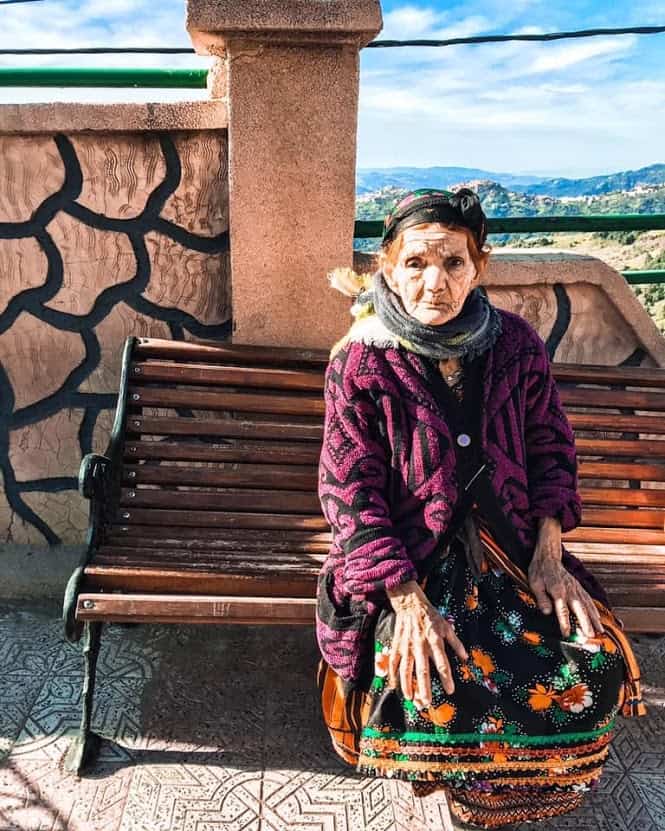 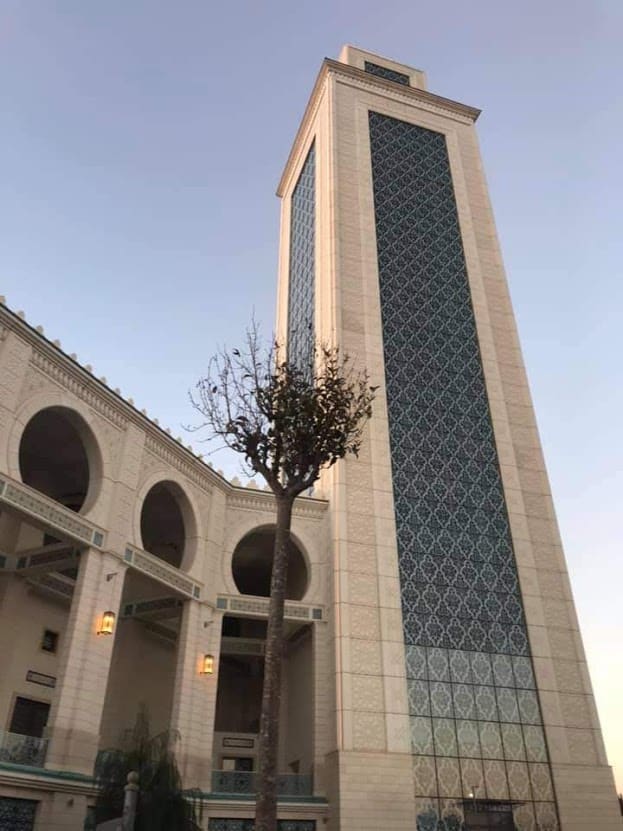 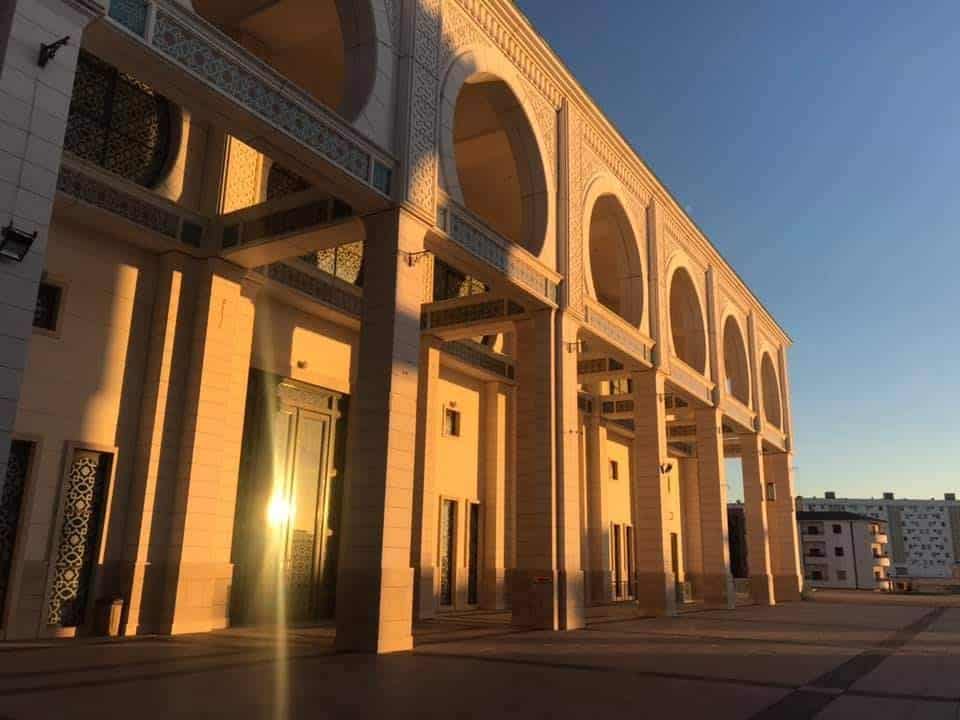 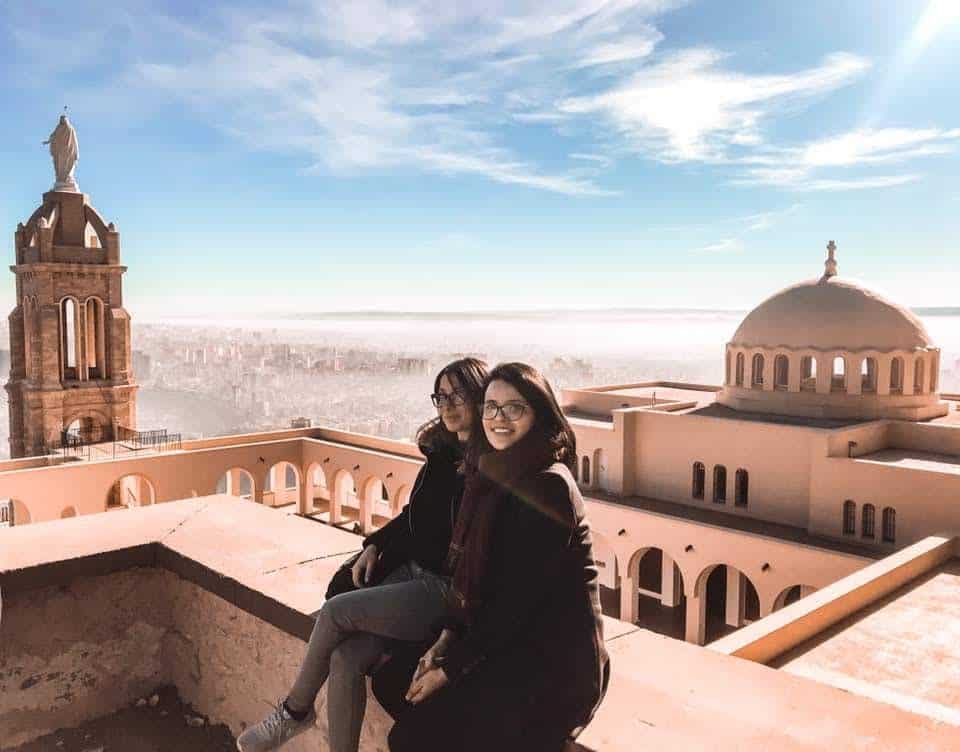 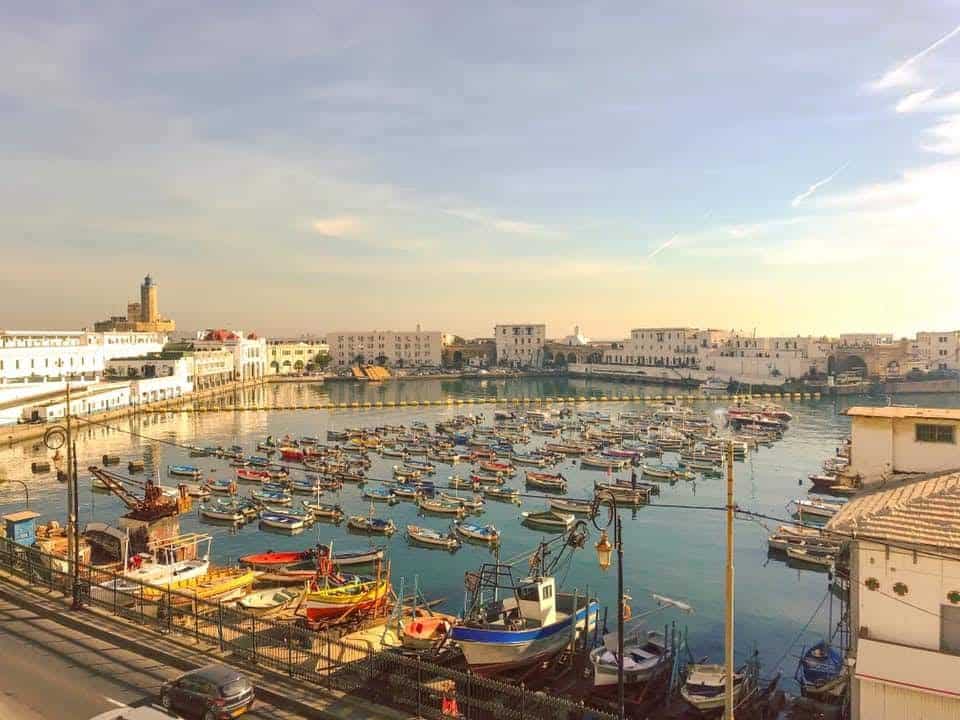 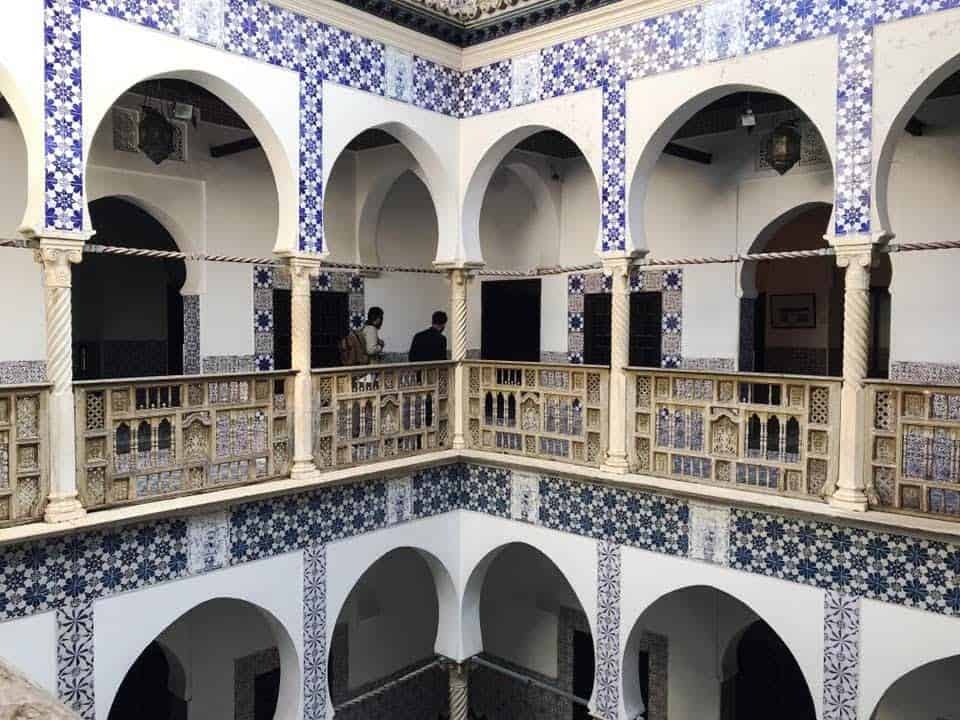 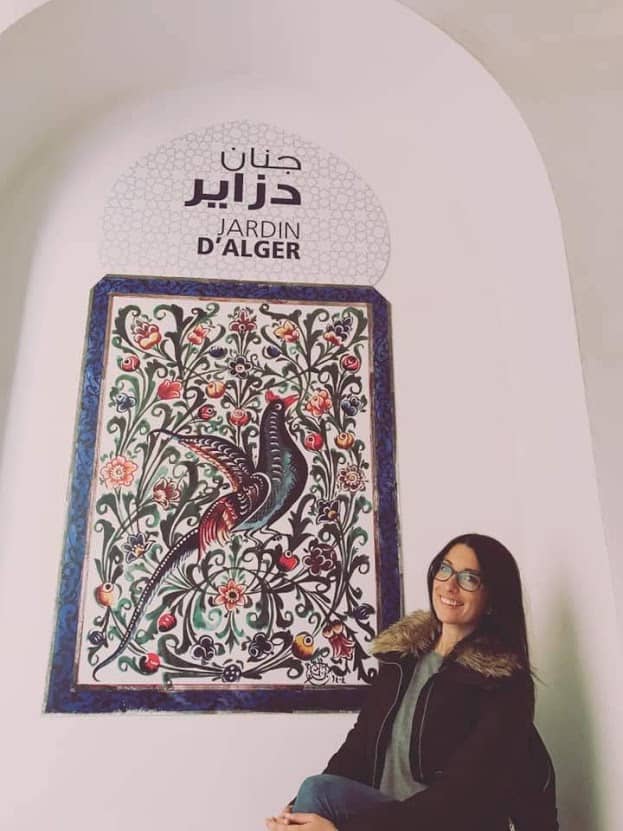 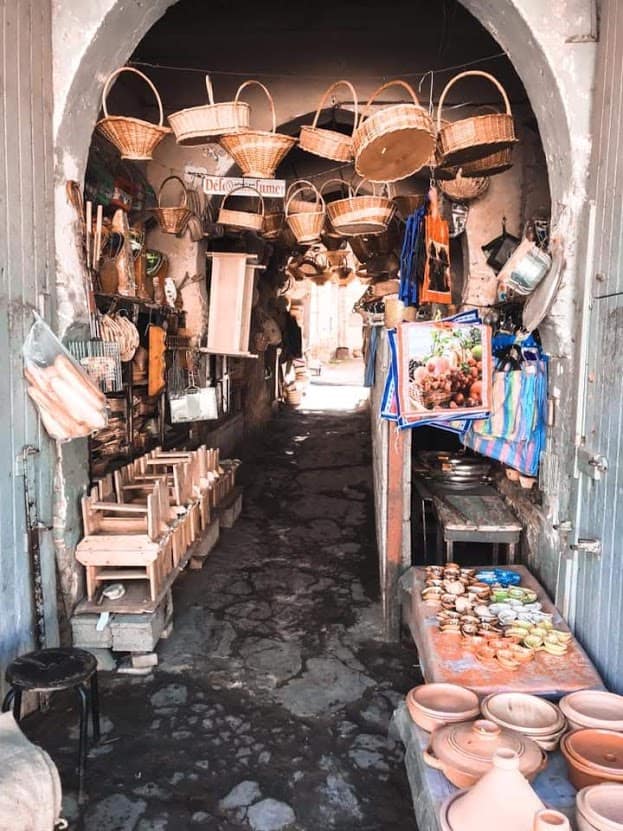 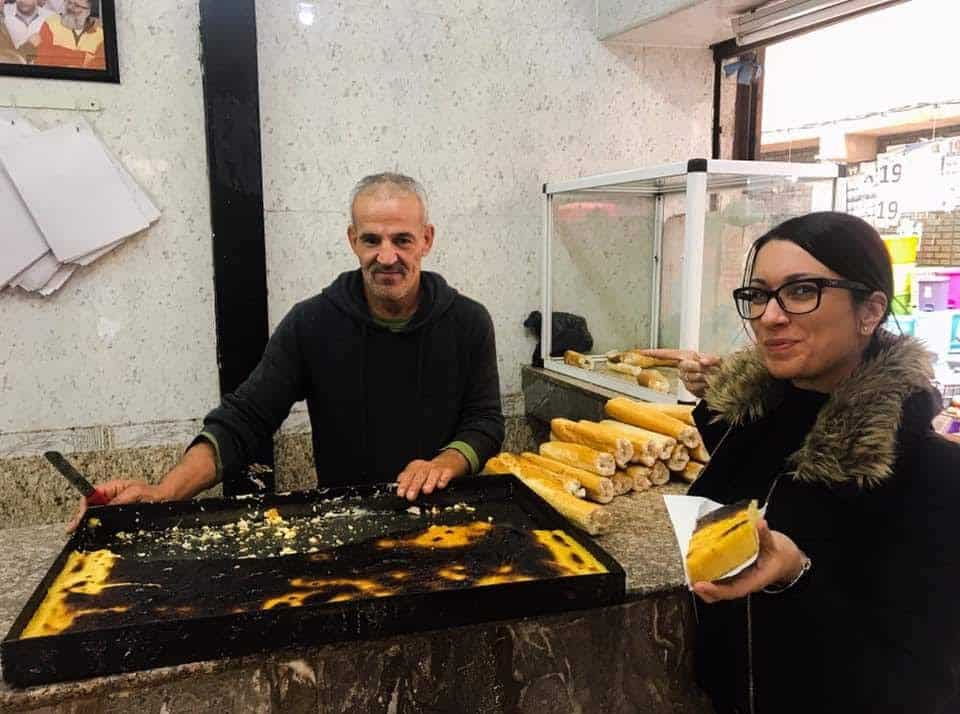 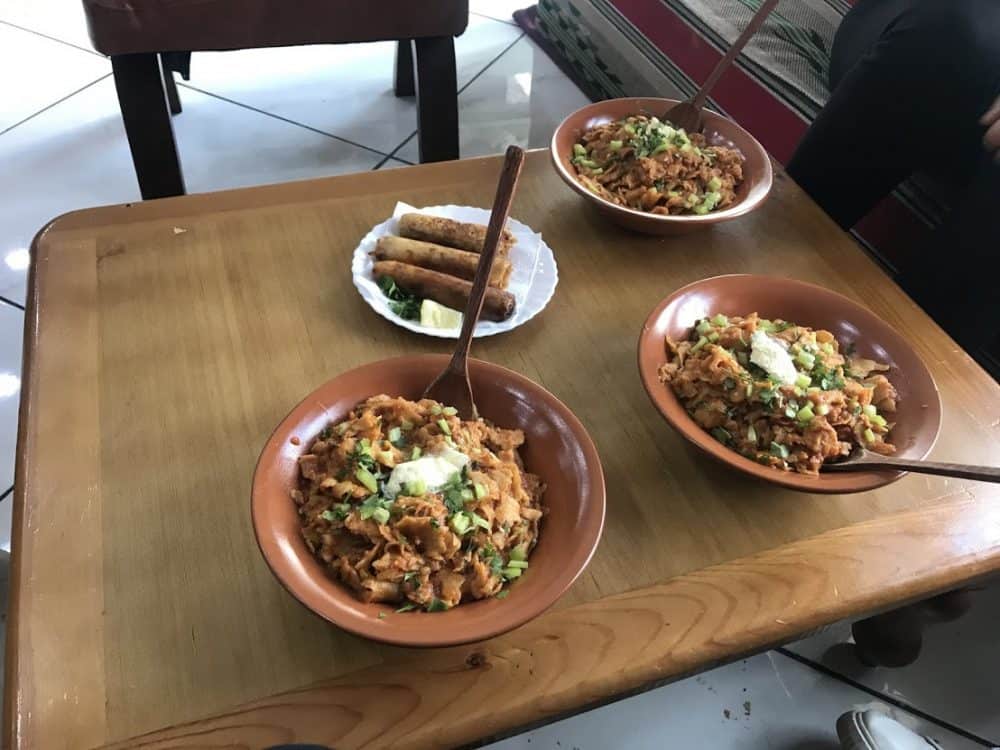 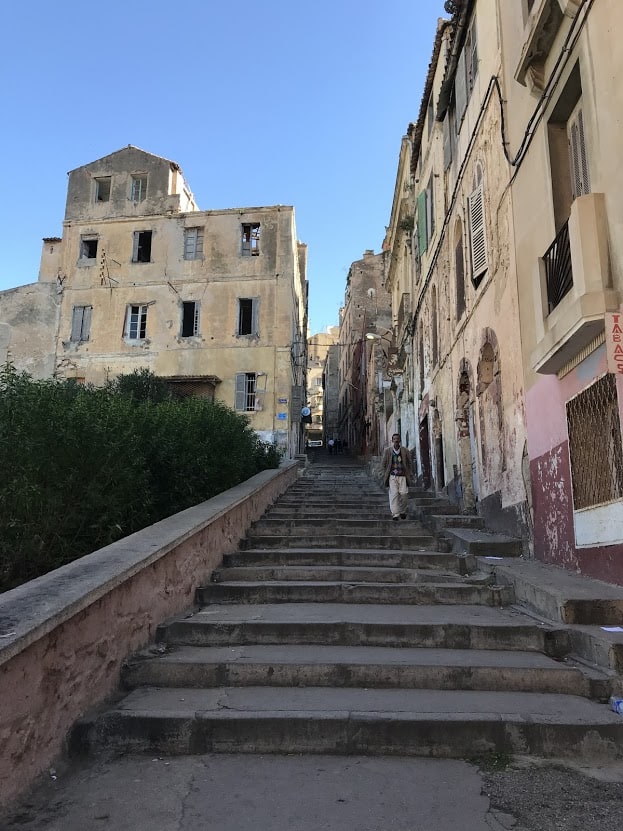 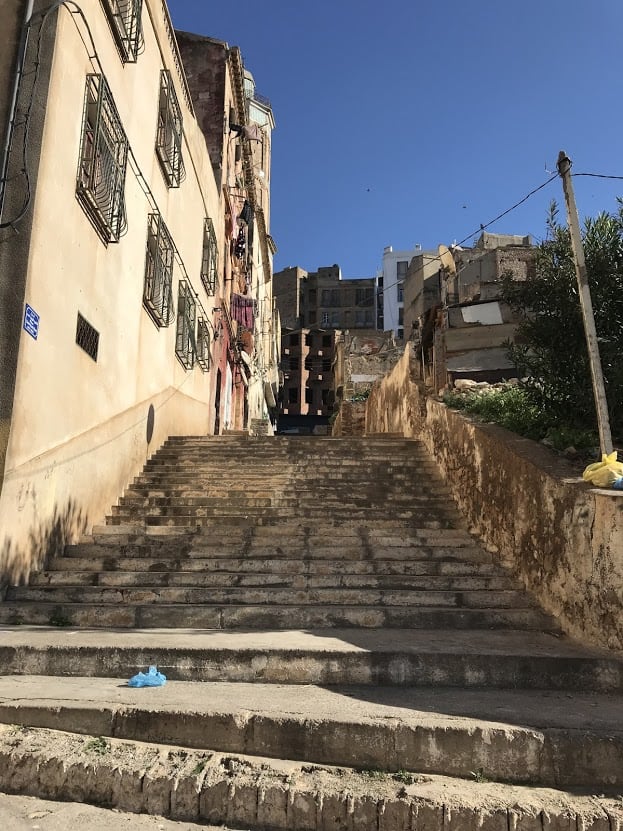 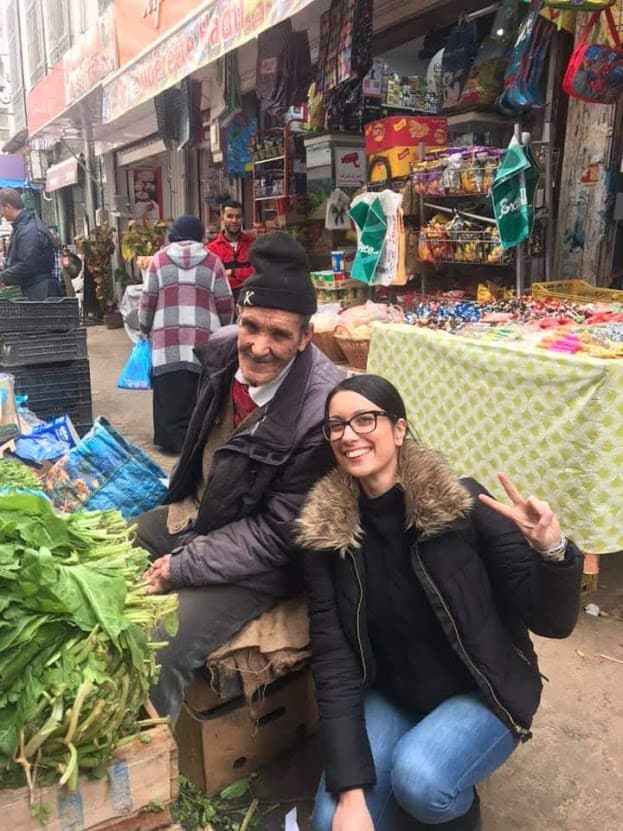 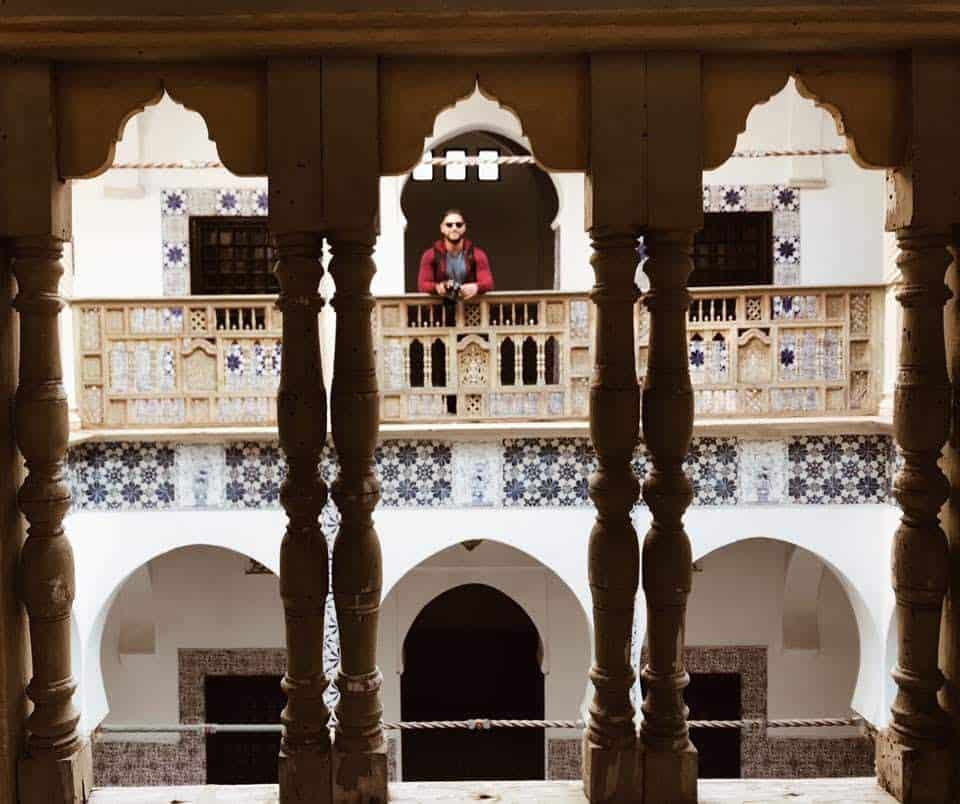 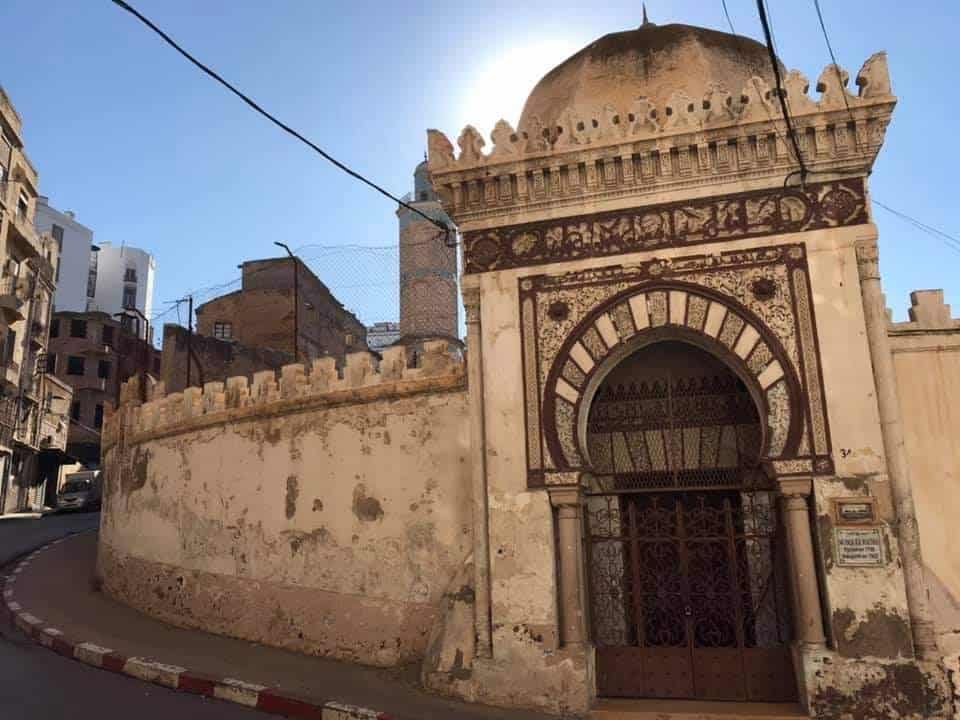 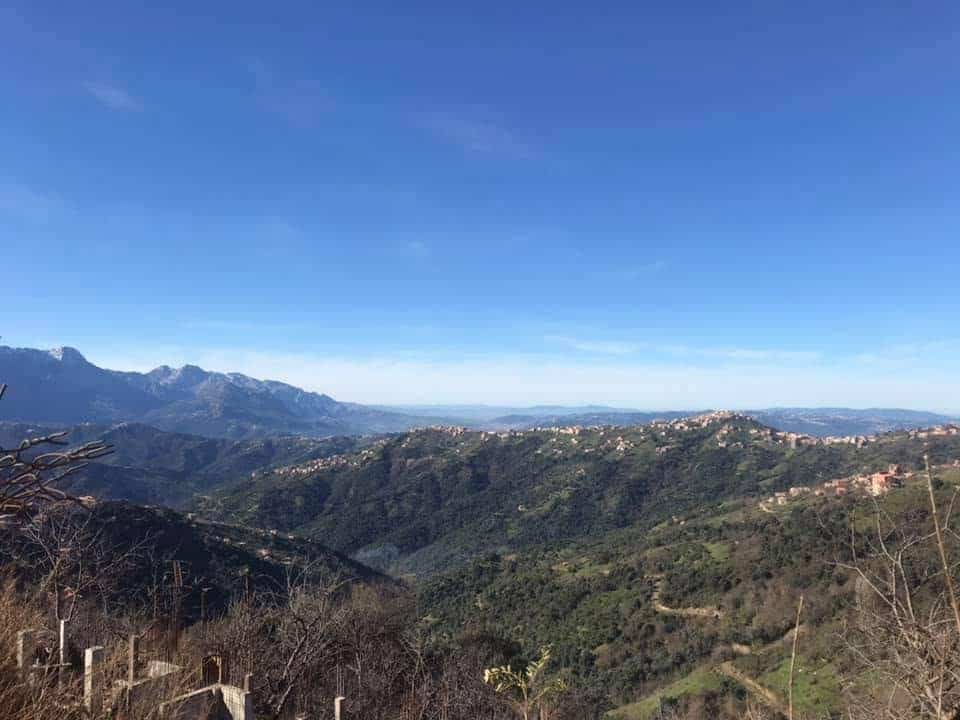 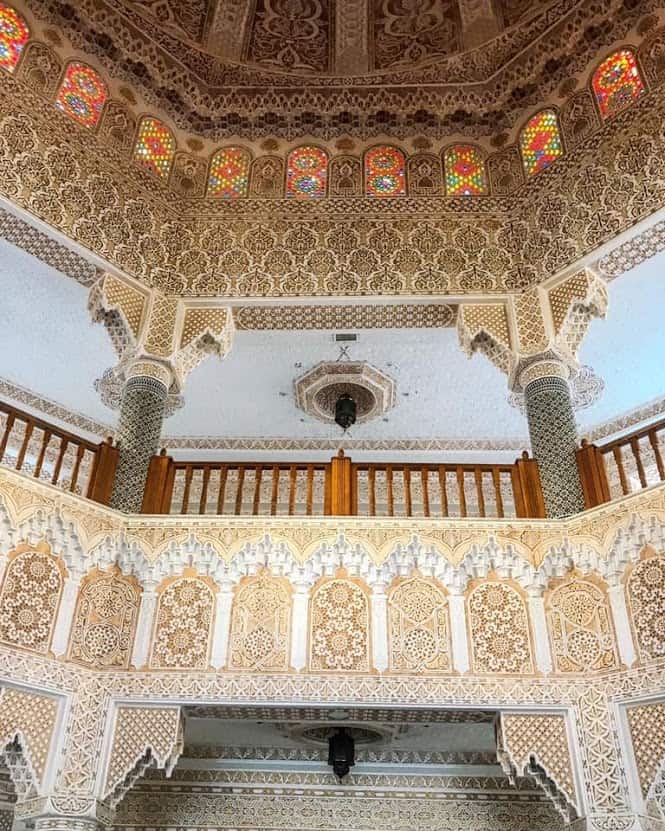 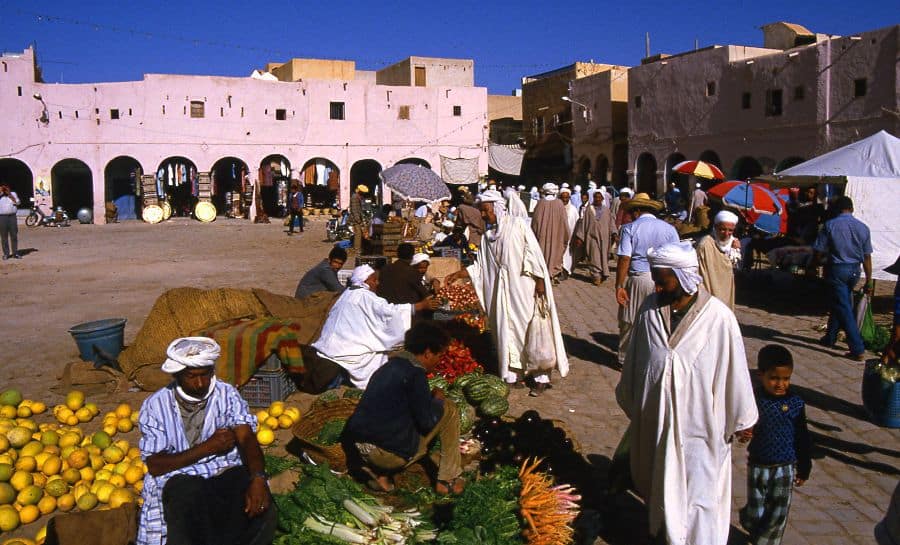