Colorado’s Durango Railroad: How Did They Do It? 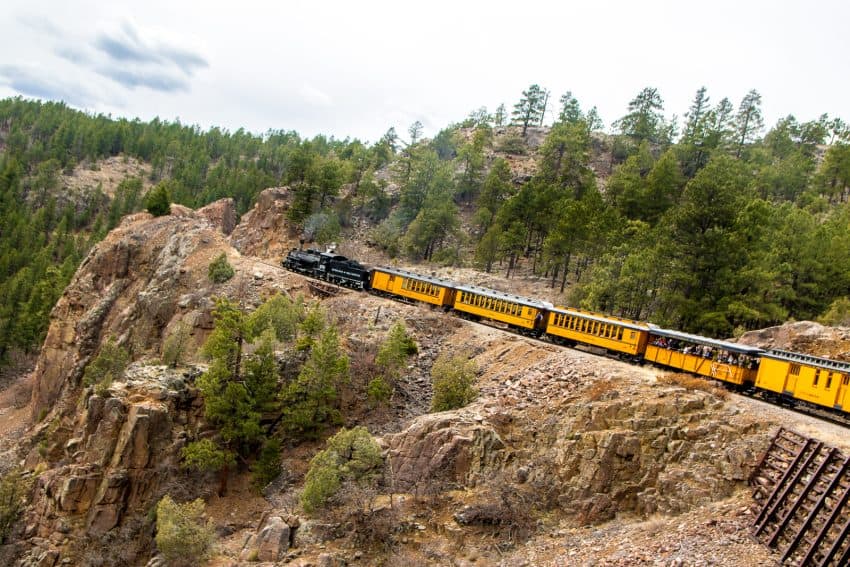 “Thru the Colorado Rockies…Not Around Them.”  In the early 1880s, what image would this message evoke while boarding a steam train in Durango, Colorado?

This same train trip is available today and was proclaimed by The Society of Travel Writers as one of the Top 10 Most Exciting Train Journeys in the World, and the National Geographic Traveler considers it the Number One Train Trip in North America.

The D&SNGRR, originally called the Silver Branch, is a narrow-gauge track between Durango & Silverton in southwest Colorado.

Today, the 45-mile coal-fired steam engine train trip, which reaches an elevation of over 9,300 ft., is virtually the same as the initial trip made in July 1882 – except now the focus is on reliving history and tourist enjoyment rather than the silver & gold discovered in those mountains.

How did they do it?

We arrived early and found the small train station full of people—some getting tickets, some browsing the gift shop, and many standing on the platform, anxiously awaiting the arrival of the star of the show.

Once Engine #476 arrived and she was hooked up to 9 waiting train cars, the boarding began. It was smooth and well organized, with an occasional passerby in authentic Victorian dress.

As we departed the station, we passed the remnants of Durango’s historical past and beautiful ranch land, but it wasn’t until about 10 miles out that we began to experience the majestic Rockies and the narrow and steep gorge of the Animas River.

However, along with this wondrous natural beauty and while watching the train travel around a 20-degree curve on a very narrow, man-made ledge, one question kept coming to mind…How did they do it? 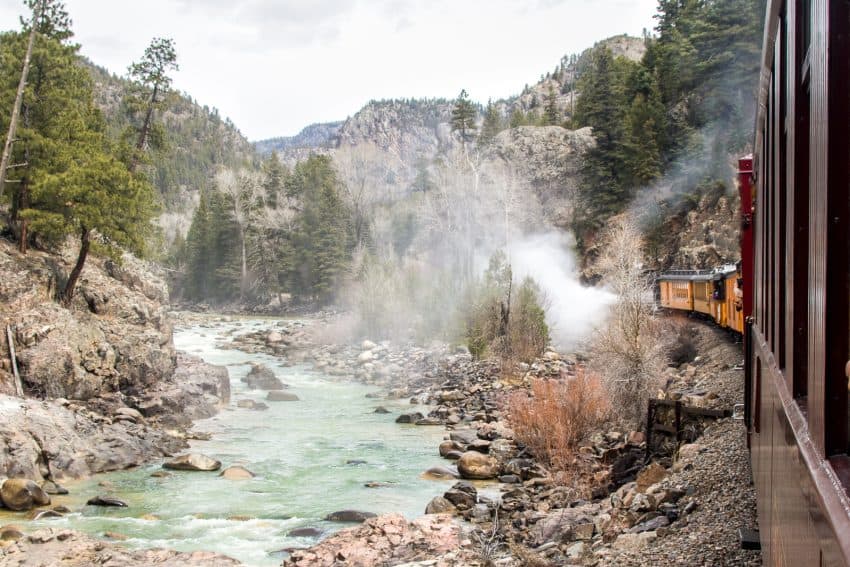 Well, the answer is deceptively simple.  It is the narrow-gauge railroad which was used frequently in Colorado during the gold rush era.

The standard-gauge railroad has a distance between the rails of 4 feet, 8.5 inches.  The narrow gauge has only 3 feet between the rails, allowing the train to make sharper curves and generally providing more suitable travel for the mountainous terrain of Colorado.

Although we knew it was the engineering achievement of the narrow-gauge rails that made it possible, the trip was still simply jaw-dropping and close to heart-stopping as the old steam train chugged up steep grades while negotiating the tight curves on small granite ledges with nothing but a rushing river hundreds of feet below.

During the summer and fall seasons, there is a train running every day, with additional trains added during the peak summer months.  Although you can purchase tickets at the train depot, it is highly recommended that you reserve tickets in advance, especially if you are interested in seats in first-class or the presidential-class.

During the winter and spring seasons the train still runs 2-4 days a week; however, because of the snow and weather conditions closer to Silverton, they shorten the trip by 3 hours or so and turn around at Cascade Creek at 7,300 ft elevation.

When to go is not your only decision. You have to decide how you want to travel and, believe me, they give you an amazing array of options from which to choose.  This includes up to five different classes of cars:  Coach, Deluxe, Premium, First or Presidential, along with a narration car, complete with historical characters reenacting tales of yesterday.

We chose to travel in the first-class accommodations of the Alamosa Parlor Car originally built in 1881.  This was a beautiful car, with richly varnished oak and a platform out the back, creating a real sense of history and romance, as our car was the last one.  This particular car did not allow children, since they served alcohol, but it also had a unique cafe-style seating and created a very intimate setting, allowing for conversation with the other passengers.

With so many options on how to experience your train trip (and there are too many to list them all), there are a few things to consider which will make your trip more to your liking and memorable.

Depending on the level of accommodations you select, the range is between $89 – $219 for adults and from $75 to $189 for children.  In addition, you will need to determine if you want a round-trip on the train or a one-way train trip with a one-way bus trip.  This is, in my opinion, a very important consideration, especially if you have young children.

A round-trip train ride will take a total of 9+ hours, which includes a 2-hour lunch break in Silverton.  This means 3.5 hours on the train each way, making for a very long and tiring day, even for those of us who love train travel.

So, if you have small children, have limited time or generally lack the endurance (or interest) for a very long day, I recommend the combination bus ride/train ride.  This way you can still experience this amazing train adventure, but the overall trip length does not become such a burden.  This option will take between 6 and 7-1/2 hours, and you can also choose whether it is Bus Up/Train Return or Train Up/Bus Down.

If that weren’t enough, you could also add an activity package with your train ride.  Some of the activities, depending on the time of year, include horseback riding, rafting the Animas River, snowmobiling or experiencing the adrenaline rush of a zip line.

Because of the popularity of this train ride and with so many options available, I highly recommend making reservations ahead of time.

Once you disembark and before heading into town, a very interesting side trip is a visit to the D&SNGRR Museum, which is on the other side of the tracks from the ticket office.  It is free and houses a rather large and eclectic collection of train memorabilia, along with antiques and collectibles from the bygone era.

The Slater Hotel, built in 1888, is the crown jewel of Durango’s Main Street and is only 2 blocks from the train station.  Inside, the historic lobby and adjoining rooms are, as you would expect, a step back into another time.

The rooms are very nicely appointed with the appropriate period antiques and range in price between $100 and $350 a night.  You can also relax in the authentic western Diamond Belle Saloon or dine at the Mahogany Grille.

The section of Main Street between the train station and the hotel is designated National Historic District.  We also walked around many of the streets of Durango and enjoyed the town’s charm and authenticity, which included a nice blend of large elegant homes and character-rich smaller bungalows.  In fact, on a personal note, Durango is one of only a few towns my wife has said she would consider living.

Another highly recommended stop, either before or after your train ride, is the Mesa Verde National Park, which offers over 5,000 archeological sites and an amazing glimpse into the indigenous history of this southwestern portion of the United States.  It is only 35 miles west on Route 160 from Durango, CO.

The highlight of the park, and what draws the most attention, are the cliff dwellings of the Pueblo people who lived on the mesa for over 700 years from the years 600 to 1300 A.D.  Cliff Palace, with over 150 rooms, is a superb example of these dwellings built out of sandstone, wood and mortar.

The Mesa Verde Visitor and Research Center is located at the entrance of the park and is where you can obtain a map and a quick lay-of-the-land.

The Chapin Mesa Archeological Museum and the cliff dwellings are located some 20 miles further and it will take up to 60 minutes’ drive to the top of the mesa because of all the switchbacks.

Along the way, you are provided some breath-taking views of the Montezuma Valley.

If you are interested in visiting the large cliff dwellings, the cost is only $5.00; however, you MUST purchase tickets in person beforehand for a ranger-guided tour.  These tours are only available from mid-spring to mid-fall and require ladder climbing and crawling through tight spaces.

It is best to purchase your tickets at the Visitor and Research Center.  When we visited, they had just closed the tours for the season and we look forward to going again next year. 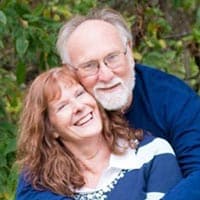 Don Blodger is a freelance photographer and travel writer and lives in Rocklin, California with his wife, Victoria.  Visit his photography website at donblodgerphotography.com