Alaska: Sailing the Inside Passage with Celebrity and Good Friends

Breathtaking, exhilarating, and mind-blowing. These are just some of the words describing Alaska — America’s last true wilderness.

We’d talked about going for years.  And it took a year of planning with ten of our best friends who were accompanying us on our vacation.

Though we figured a cruise would provide a mere “snapshot” of all Alaska has to offer, we knew it would get us to a place we’ve always dreamed about.

Selecting a ship and July itinerary, we were more than ready for our new experience.

Sailing Alaska’s Inside Passage was a top criterion. Waters here are much calmer than the open ocean and views along the passage are indescribably beautiful.

After spending a few days in Vancouver, our port of embarkation, Celebrity Infinity set sail on our seven-night adventure to three magnificent Alaskan ports of call. Ships tend to change from season to season but any Celebrity cruise we’ve ever taken has been memorable.

Getting to Alaska is half the fun and Infinity provided every creature comfort to keep us happy along the journey. An ocean view stateroom with a balcony is a must. Alaska has some of the most jaw-dropping scenery in the world with landscapes that exhilarate the senses like no other place on Earth.  And we weren’t about to miss one glimpse of paradise.

After a day and a half at sea, we anchored at Icy Strait Point (Hoonah), Alaska’s largest Native Tlingit village. Located 30 miles west of Juneau, it’s the restored wooden red building once housing a salmon cannery that’s the island’s iconic image.

Whale watching here is spectacular and so we boarded a Hoonah charter boat taking us to the north shore of Chichag of Island to Point Adolphus.

Summer is the ideal time for whale-watching as the southeastern waters of Alaska are teeming with humpback whales that have migrated north to feed on herring and other fish.

A Pod of Orcas

Early on a small pod of Orcas appeared. But real excitement began an hour into our trip when the Captain slowed the boat and announced whales on the starboard side. Two tails appeared out of the water and the humpback frenzy began.

The whales formed a bubble net, a highly successful method of catching prey. One group dove under a large herring school herding them into a tight ball. Other whales released a powerful ring of bubbles through its blowhole as they circled beneath the prey.

Bubbles rising to the surface created a physical barrier as whales dove underneath the ring. Then the entire group rose upward, mouths opened wide as they broached the surface and began swallowing the fish. The excited crew proclaimed this was the best and closest bubble net they’d ever witnessed.

The icing on the cake on our return trip to port was the cornucopia of wildlife spotted including Dall porpoises, a Mama Brown bear and cubs along the shoreline, and a host of bald eagles searching for fish along the shore and nesting in the towering conifers. The bear sighting was no surprise as bears actually outnumber the human inhabitants of Hoonah.

One of the most breathtaking sites on the cruise was Hubbard Glacier, more than six miles wide and routinely calving icebergs the size of 8-story buildings. The immense size of the glacier wall towering over massive cruise ships was an unforgettable sight. As an added bonus the ship was able to get the closest it’s been to the glacier face in five years.

Our next port of call-Juneau, Alaska’s incredibly scenic capital city and one of the state’s oldest. As capital cities go, it’s not very big, but Juneau’s full of surprises.

Buildings cling precariously to the mountainside. Old storefronts and slanted houses seem held together by a lattice of staircases. A bustling waterfront dominates the town.

Bounded by steep verdant mountains and surrounded by water, Alaska’s third-largest city can only be reached by boat or airplane.  We had a good notion of what to expect in Juneau as the cruise ship orients passengers prior to each port arrival.

But it wasn’t until we spent the day adventuring and exploring this magical wonderland that we understood why so many travelers love it here and come back for more.

Though most visitors head straight to the glacier itself, a stop in the Visitor Center is a must. U.S. Forest Service Rangers provide invaluable geologic information about the area and views are spectacular from its lofty vista.

We waited until the marine layer burned off and then headed to the Mount Roberts Tramway, the only tram in Southeast Alaska. From there we were hoisted up 2,000-feet providing an expansive panorama of Juneau and Gastineau Channel.

Views at the top are spectacular, and we loved the Nature Center where Native Alaskan artisans skillfully plied their traditional arts and crafts.

Ketchikan, our final port of call is the southernmost entrance to Alaska’s famed Inside Passage. The rustic beauty and majesty of the town enchanted us the moment we arrived at the port despite an overcast sky.

The town hugs the steep hillsides of the southwest edge of spectacularly lush Revillagigedo Island. Stretching 31 miles long but no more than 10 blocks wide, Ketchikan’s backdrop is the forested slopes of the Tongas National Forest.

This amazing 17 million-acre rainforest features some of the most mystical natural vistas on the planet.

Ketchikan is renowned as Alaska’s Best Salmon Fishing Town because it provides optimal opportunities along the Alaskan Coast for avid fishermen to reel in the big one.

We knew time wouldn’t allow for a fishing expedition but luckily we had the chance to witness a classic Alaskan experience known as the Salmon Run.

Summer is when salmon migrate upriver from the ocean to spawn on crystal clear gravel beds. The day we arrived was the first day of the run.

A short stroll from downtown to Ketchikan Creek Falls led us to perfect vantage points and we set our cameras on action mode.

We gaped in utter amazement as thousands of large persistent salmon vigorously thrashed their way upstream. Their life and death mission was to climb the fish ladder, a series of pools arranged like steps up the cascading creek aiding them on their journey.

These determined fish literally sailed through the air, some even leaping the falls. If this spectacle wasn’t thrilling enough, a large seal somehow managed to navigate through the harbor and upstream to a pool at the foot of the first ladder. There he patiently waited for his meal to come to him. He was not disappointed.

Totem poles are symbolic icons of the Pacific Northwest. And the largest collection of Native American totems in the world can be found in Ketchikan.

24 fascinating totems are scattered throughout the verdant forested park. Relocated from abandoned villages around the Inside Passage during the 1930s, these totems exude an almost spiritual aura. Many have been beautifully restored or reverently re-carved. A Tlingit language lesson and traditional dance-and-drum performance were included in the narrated tour.

Downtown Ketchikan is the major commercial district with two harbors, cruise ship docks along with many of its major attractions.

We loved the fast-flowing creeks with scenic bridges meandering through town and feeding into the harbor. Picturesque Creek Street once served as the bawdy mining and fishing town’s red-light district. During Prohibition, the area was also home to numerous speakeasies. Today the boardwalk is filled with gift shops, museums, art galleries, bookstores, and restaurants. And it’s a photographer’s dream.

Heading to the Great Alaskan Lumberjack Show in town, we weren’t sure what to expect. Fun-filled and comedic, this iconic Northwest capital competition between Canadian and American Lumberjack teams was quite a spectacle. The show featured amazing athletic feats yet somehow managed to weave in local history and education about the timber and lumber jacking industries with an eco-tourism bent.

As we boarded our ship heading back to the mainland a quote by naturalist John Muir came to mind, “To the lover of wilderness, Alaska is one of the most wonderful countries in the world.” For these first-time Alaska visitors, this couldn’t be truer. 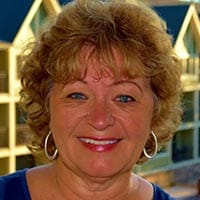 Noreen Kompanik is a San Diego, California-based freelance journalist who writes about destination travel, luxury travel, wine, coffee, sustainable living, and history. She’s written for Travel Pulse, Links & Libations, Edible San Diego Magazine, Lost Treasure, Europe Up Close, Vacation Rental Travels, and more. Her favorite quote is by Ibn Bhuta: “Traveling ―it leaves you speechless, then turns you into a storyteller.” Some of Noreen’s articles can be found on her website http://whatsinyoursuitcase.com/.