Derry, Northern Ireland: Fun and Festivals in the Walled City

I had a splendid time visiting the historic walled city of Derry, also known as Londonderry, in Northern Ireland.

This is an eminently walkable city — like Boston or Quebec — and it offers a perfect combination of museums, music venues, theaters, historic buildings, shopping. outdoor recreation, pubs, fine dining, and legendary Irish hospitality.

I’m from Boston, often referred to as the 33d province of Ireland, so I’m always delighted to go to the motherland. This was my first trip to Northern Ireland, which is part of Great Britain.

The occasion for my visit was the Foyle Maritime Festival, which is held to welcome the eleven ships of the 2017-2018 Clipper Round the World Yacht Race and see them off on the last leg of the race, which began and ended in Liverpool.

“The Biggest Challenge of My Life”

I got a chance to go aboard one of the 70-foot ocean-going vessels and speak with some of the crew members, who had been on board for nearly a year. Many of them had never sailed before!

“I was looking for the biggest challenge of my life,” said Nell, a doctor from Bath, England, “and this was it.”

Tall ships and all manner of other craft were berthed at The Queen’s Quay, which was thronged with thousands of festival-goers, many in costumes.

There were boat races, educational presentations, musical performances, carnival rides, and craft and food booths, as well as a light show and fireworks, all within a stone’s throw of my sumptuous digs at the City Hotel.

This was just one of the many events held in Derry every year; there’s a full list at VisitDerry.com. The people here have a festival at the drop of a hat. Their Halloween Festival draws more than 70,000 people and lasts for a week. It’s known as Ireland’s biggest party — and that’s saying something.

They also have festivals for music, drama, dance, comedy, and just plain fun. In 2007, the city made it into the Guinness Book of World records when 13,000 Santas assembled here. All summer long there are characters in costume who tell visitors all about the city’s history.

They even have a Walls Day,  with living history performances and images projected on the 400-year-old walls that surround the city center.

The story of Derry is also the victory of peace over violence. One can’t call it a triumph; the cost was too great. But at last The Troubles — the conflict between Nationalists (mostly Catholic) and Unionists (mostly Protestant) have been consigned to history, and it’s impossible to say what a great blessing this has been.

The Troubles ended twenty years ago with the Good Friday Agreements, brokered by the mothers of young men who died in the conflict, and in 2011 the peace process was symbolized by the construction of the Peace Bridge a cycle and footbridge linking the two sides of the city.

Another milestone came in 2013 when Derry was chosen as Britain’s City of Culture, and more than half a million visitors came to enjoy the city’s attractions.

The Irish national music festival, Fleadh Cheoil, and the BBC’s One Weekend festival were held in the city, along with many other cultural events, and the visitors have kept on coming, resulting in an increase in hotels, restaurants, and pubs.

The two populations of the city have a long way to go in terms of integrated schools and housing, but they’ve been united on a path of peace and prosperity.

Derry was founded in 546 when St. Colmcille, also known as St. Columba, founded a monastery in a grove of oak trees beside the River Foyle. It was an important outpost in the English conquest of Ireland in the 16th century, and in 1608 the city was burned to the ground by the Irish chieftain of Inishowen.

So when the Plantation of Ulster (a kind of colony) was founded in 1610 by citizens of London, they built high walls to protect it from the Irish, who opposed the plantation. That’s when the city got renamed Londonderry.

That’s still the official name of the city, but most people call it Derry.

The history of Derry is ineluctably linked to the River Foyle, which made it Britain’s most westerly deepwater port. This is why James II laid siege to it in 1688, and this is why the US Navy named it Base One Europe in World War II. It has enormous strategic value.

James II hoped to use the port to disembark an army of his followers to Scotland, where he had other supporters, and from there to conquer England, which had deposed him and brought in his son-in-law William of Orange in the Glorious Revolution of 1688.

Without going into great detail, James’ army besieged the city for 108 days, thousands died of starvation and disease, but at last a relief force arrived, sent by King William, broke the siege and ended James’ hopes of regaining his throne.

William’s victory — just to show you how far reaching it was — secured the independence of — Massachusetts! James II had a plan to lump together New York, New Jersey, and all of New England into a single colony called the Dominion of New England.

So the people of Boston owe a debt of gratitude to the Walled City.

Even before Pearl Harbor, Franklin Roosevelt recognized Derry’s strategic importance and sent naval officers in plain clothes to survey the site as a terminus for the transatlantic convoys that kept Britain in the war against Germany.

When US soldiers, sailors, and marines flooded the British Isles in preparation for the D-Day invasion of France, their port of embarkation was Derry, the largest American naval base in Europe. They had a huge impact on the community and vice versa.

The challenge was accepted and the Marine Corps Pipe and Drum Band were founded. It’s said they later piped the marines ashore at Iwo Jima.

The bond between the marines and Derry endures to this day, and you can learn all about it at the Beech Hill Country House Hotel, which was a base for up to 500 marines during the war. They have a museum room dedicated to the marines.

This magnificent mansion from the time of the Plantation is now a hotel and restaurant, and it has hosted many international celebrities, including President Bill Clinton. Our party dined there, and the duck breast with orange beetroot and honey jus was superb.

There are lots of places to learn about history, but the best way to start is to take a walking tour of the city walls. Our guide, Charlene McCrossan pf McCrossan Tours showed us the sights and gave us an overview of the city’s history.

For more information on the Siege of Londonderry, you can visit The Siege Museum with all kinds of informative exhibits about all the battles around the city and the efforts of the relief ships to lift the siege.

To learn more about The Troubles, and the civil rights struggle in Derry, visit the Museum of Free Derry where you’ll find lots of information about the Bloody Sunday massacre, in which 14 unarmed civilians were killed by British paratroops, about the roots of The Troubles and about links to the US Civil Rights Movement.

The best place to learn about Derry’s history from prehistory to the present day is the Tower Museum. I spent a whole afternoon there. They also have a fascinating exhibit about the recovery of artifacts from a sunken galleon that was part of the Spanish Armada.

For fine dining, I recommend The Shipquay Hotel, where I ate Peter Rabbit with shrimp and scallop risotto, Primrose Strand Road, Brown’s in Town, the Walled City Brewery, Beech Hill (see above), and the Bishop’s Gate Hotel.

For bicycling: The Inis Eoghain Cycleway and the Foyle Valley Cycle Route.

There are lots of great places to shop, but for local crafts, the best place is the Derry Craft Village.

My trip was sponsored by Tourism Northern Ireland and VisitDerry, but all opinions expressed are my own. 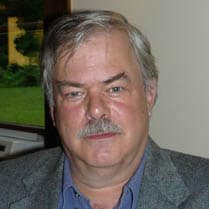