There is a kaleidoscope of sights to see in New York, the city with emblematic landmarks. You pour over the various guidebooks; comb the heaps of articles on the web.

Typically, the stories course through a common theme. You are instructed to gawk at the tall buildings and skyscrapers, marvel at the neon of Times Square, visit the renowned museums and make a trip to stylish SoHo and West Village.

This is a perfect trip for a first timer to the city that never sleeps. However, to experience a slightly different portrayal of this vibrating city, whether it is your first or fifteenth visit, one has to venture out into the various neighborhoods that truly embody the heart and soul of New York.

The neighborhood encompassing 66th Street on the Upper West Side of Manhattan is one such example. Just a few miles north of the hustle and bustle of Times Square, easily reachable by public transportation or taxi, and even walkable if you like pounding the pavement, this area can easily be called the artistic neighborhood of New York City.

On a hot summer day recently, I decided to explore this neighborhood for a few hours.

Immediately after exiting the subway at 66th Street and Broadway, I stepped into a Farmers’ Market on the spacious traffic island that also had scores of metal chairs and tables to sit and observe the pulsating city around you.

The Tucker Square Greenmarket is small and has about ten to twelve vendors selling farm fresh dairy products, fruits, vegetables, flowers and baked goods. It is open year-round on Thursdays and Saturdays except for the Thanksgiving weekend in November when it opens on Tuesday and Saturday.

It was delightful seeing bags of apples from local farms, bunches of sweet smelling lilacs, crates of squash and cider being sold right next to the New York traffic whizzing by.

Not wanting to get tempted yet by any of the goodies, I crossed the street and walked towards Lincoln Center, the primary performing arts venue of New York City and the signature sight of this area. The large plaza with its central fountain is flanked by three cultural behemoths.

The Metropolitan Opera House that faces the steps as you climb onto the plaza is the largest building in the complex that also houses the American Ballet Theater in the summer months.

It being daytime, I tried to catch a glimpse of the two majestic Marc Chagall murals celebrating music.

The glass reflected the strong sun and I could barely make out the red panel painting on the south side of the opera house known as “The Triumph of Music”.

The panel on the north side is in yellow and is named “The Sources of Music.” Sadly, due to the heavy reflection in the glass, I was unable to get a view of this iconic mural.

To the south of Metropolitan Opera House is David H. Koch Theater that houses the New York City Ballet, home of the celebrated Christmas ballet, The Nutcracker that brings tourists from the world over in late November and December. David Geffen Hall, to the north, host of the New York Philharmonic completes the triumvirate of buildings to the front of the plaza.

In all, the 16.3 acre Lincoln Center of Performing Arts Complex has 11 resident organizations covering chamber music, dance, film, theater, symphony, opera, jazz, and arts education. I decided to spend a few peaceful moments sitting by the fountain and watching the world go by on Columbus Avenue and Broadway.

Soon I was eager to explore the rest of the complex and I strolled towards the canopy of trees to the north of the Metropolitan Opera House. The Barclays Capital Grove is a charming green area with chairs to sit in and relax in front of the Paul Milstein Pool, a dazzling reflecting pool with a grand Henry Moore sculpture, “Reclining Figure” in its midst.

The green, overhang roof of the Film Center provides the picture-perfect place for a pleasing panoramic view.

After a little while, I walked to the New York Public Library for the Performing Arts, located adjacent and towards the back of the Metropolitan Opera House. Gracing the plaza, right in front of the library entrance is a large, black metal claw-like sculpture, “Le Guichet”, an abstract art piece by Alexander Calder, famous for his inventive mobiles and kinetic sculptures.

The library has an encyclopedic collection of circulating, reference and archival resources pertaining to the arts, all of which is available free with a library card.

Inside, along with expansive reading and listening rooms, there is a gallery space that holds rotating exhibitions. I saw a small but insightful exhibition on 75 years of the Rodgers and Hammerstein Musicals.

Down to the Street

From the Lincoln Center Plaza, you can take the walkway over the 65th street to reach the Juilliard School and the Alice Tully Hall. Both of these institutions are again a part of Lincoln Center and Juilliard is internationally renowned as the premium performing arts school offering degrees in music, dance, and drama.

I love walks on high, pedestrian walkways, giving me a downward view to passing traffic while also allowing me to get a long, drawn out look at the trees of Central Park in the not so far away distance.

Soon I was back on Columbus Avenue and Broadway, walking by the fancy glass-enclosed lobby and cafe of Alice Tully Hall and decided to walk to the green jewel of Manhattan, aka Central Park.

I crossed the avenue, Central Park West and entered Central Park at 67th Street, walking past the illustrious and iconic restaurant, Tavern on the Green. Built originally in the 1880s by Calvert Vaux to hold 700 sheep that would graze in Central Park’s Sheep Meadow, the place was converted into an upscale restaurant in 1934 by Robert Moses.

I noticed a Central Park fixture, a horse-drawn carriage, parked outside the restaurant.

Across the restaurant is Sheep Meadow, one of the most known serene spots in the park. It is a 15-acre field, a peaceful green expanse that immediately calms the mind. Although it was mid-week afternoon, the crowd kept flowing in.

I decided to spend a half hour sitting under the shade of a large tree to take in the beauty of the place. Two young women spread a blanket to sit down and enjoy ice cream, perhaps bought from the vendor at the entrance to the meadow.

A little boy picked up a small, broken tree branch and proceeded to throw it around until his nanny came and took him away. While a little distance away a young man posed for photo shoots. The New York life of locals and tourists swirled around me.

Museum of Folk Art and the Mormon Temple

I checked my phone to look up the next place to visit on my schedule and realized I could go to the American Folk Art Museum, devoted to artwork and creativity by self-taught artists.

At the time of my visit, there was a delightful exhibition on illustrated texts by such artists and I spent some wonderful moments looking at colorful drawings, manuscripts, journals, and collages.

I was particularly drawn to the work of Josep Baque, an artist from Barcelona from the 19th century whose fanciful depictions of imaginary creatures with a mix of human and animal traits was breathtaking.

No less riveting was the art by Paul Laffoley whose distinctive paintings in brilliant colors seemed to be an amalgamation of science fiction, architectural lines, and Buddhist mandalas.

The museum also has a gorgeous store filled to the brim with handmade items from around the world and is a perfect shopping spot for unusual gift items.

Next to the museum is the Manhattan Mormon Temple, better known as the Church of Jesus Christ of Latter-Day Saints. Open only to church members in good standing, it is the only temple available to the more than 40,000 Mormons that live in the tri-state area.

The golden statue of the Angel Moroni at the top of the steeple looks out to the south as the mad rush of the city roils below.

Shopping in the Neighborhood

I love to combine a bit of shopping with sightseeing. The neighborhood has some great retail stores lining Broadway.

You can also visit the second outpost of the discount designer department store,  Century 21 in the city; the first being located directly across the World Trade Center site area and is well known as having bounced back after suffering severe damages on 9/11. Columbus Avenue is perfect for shoppers interested in boutiques and specialty shops.

Each of the performing arts venues of Lincoln Center also has stores selling unique products.

The immediate neighborhood around Lincoln Center is chock a block with five-star eateries that embody the diversity of New York cuisine. Although, restaurants and cafes to suit all budgets and tastes can be found if you walk to Columbus Avenue or even to Amsterdam Avenue to the west.

Bar Boulud at Broadway near 64th Street and across from Lincoln Center is the casual bistro and wine bar by the chef Daniel Boulud that offers prettily presented French cuisine. Boulud Sud, next door combines Mediterranean with French fare.

Shun Lee West and Cafe on 65th Street is another popular dining place in this area offering high-end Chinese fare although the Café has more reasonably priced dishes.

Le Pain Quotidien also on 65th Street is popular for quick bites before taking in a show at Lincoln Center.

Gourmet Garage on 66th Street is an ideal place to stock up if you plan for a picnic at Central Park.

Best Way to Get There:

By Subway, take the Uptown 1 train from Times Square, 42nd Street and get off at the 66th Street/Lincoln Center stop.

The M104 bus runs on Broadway and stops near Lincoln Center. The M5, M7, M11, and M66 (crosstown) buses have stops within a one-block radius of Lincoln Center. 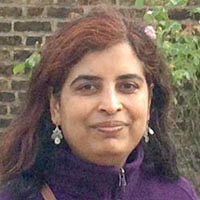 Susmita Sengupta is a freelance writer who loves to travel. She and her family have traveled to various parts of the USA, Canada, Europe, the Caribbean, Middle East, Southeast Asia and India.