Babymoons: A Time For Relaxation and Reconnecting for Expecting Couples

Babymoons: A Time For Relaxation and Reconnecting for Expecting Couples

In the past few years, Irene Lim has gone on two international trips with her husband. Lim and husband traveled to Tokyo and Hokkaido, Japan, with the main attraction being Tokyo Disney Sea and Tokyo Disneyland.

A few years later, Lim and her husband went on a Europe/United Kingdom tour to see popular destinations and sites such as the Big Ben and the Colosseum in Rome.

These trips sound like normal vacations to places many people wish to visit. However, what is unique about Irene Lim and her husband’s voyage is that it wasn’t an ordinary vacation, she was on a babymoon!

A Babymoon? What’s That?

You’re thrilled to be pregnant! You’ve planned a shower, painted a nursery, and have begun choosing names. You are overjoyed to become a parent but as a traveler, you know that this may symbolize the end of packing up and taking off whenever you’d like. You may be worried that the start of your pregnancy means the end of your freedom.

While your jet-setting lifestyle may temporarily cease, these is a solution to soothe your worries: Take a Babymoon!

A babymoon is the last trip before the baby arrives. The Babymoon is becoming more popular for expectant couples. It is a time in which the future mother and father can de-stress and spend quality time together before two becomes three.

Often these trips include pampering for the mother-to-be. The highlights of most babymoons are special pregnancy messages, spa services, and exquisite meals. However, it isn’t just a last hurrah for the ladies. Men can participate in the lounging and relaxing also and use the trip as a time to connect with his spouse alone before months of sleepless nights, changing diapers, and all the other joys of parenting.

Future moms and dads go on babymoons for relaxation, reconnecting, and romance. While mothers can enjoy being pampered at the spa or lying out on the beach, men can unwind with golf or choose to rejuvenate with their wife at the spa.

Where Can You Babymoon?

As the idea of babymoons is becoming more popular, many resorts are offering special babymoon packages. The Estancia La Jolla Hotel and Spa in California offers “The Stress-Free Parents To Be” package. This package is geared towards expectant mothers in their second or third trimester. The package includes spa services provided by a certified therapist trained in pregnancy message. 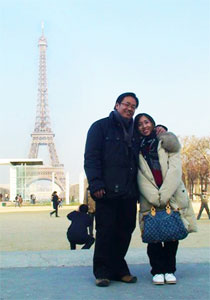 The Miraval Resort and Spa in Arizona has a package for pregnant ladies that focuses on all aspects of motherhood. This package goes beyond messages and rest by teaching the mother-to-be skills to remain healthy, happy, and successful during and after their pregnancy.

This resort package features a program called “.” This program is a four-day workshop with classes in nutrition, fitness, psychological and sexual aspects of pre- and postnatal life, as well as how to deal with professional and financial issues that may come into play with raising a child. Experts will address specific concerns for each individual.

Although resorts and hotels are offering special packages as babymoons become more sought after, many couples create their own idea of where they would like to spend their last hurrah before becoming parents. Spas and fancy hotels are not up every traveler’s alley, so some couples choose to travel to destinations they have always wanted to go but never got to.

Like a honeymoon, not all are set on a standard island, beach, or tropical region. Rainbow Moore, from Greenville, South Carolina took her babymoon in January of 2009 to a cabin in Pigeon Forge, Tennessee.

Moore says, “We thought Pigeon Forge was a perfect destination due to the natural surroundings. Lots of R&R.” Although Moore and her husband’s babymoon wasn’t spent on a resort being spoiled with massages, they were still able to relax. Moore and her husband lounged around and dined out a few times, and did some shopping.

“We were able to relax and just enjoy each other. We have one other child and felt it was a great chance for alone time.”

Babymoons are not just becoming popular in the United States. Moon Loh from Singapore founded the website babymoonasisa.com and babymooninfo.com. Babymooninfo.com features a book of information and tips from Moon Loh on planning and staying healthy during a babymoon. Loh and her spouse babymooned in Batu Ferringhi Penang, Malaysia during her first pregnancy and Sentosa Island, Singapore during her second pregnancy.

Some couples choose to travel internationally for their babymoon. These couples figure that this may be one of their last chances to pick up and go overseas for awhile.

“It has always been my dream to see the Eiffel Tower in Paris, Leaning Tower in Pisa, the Coliseum in Rome, St Basilica in Vatican City, Big Ben and the Tower Bridge in London, thus this trip materialized,” Lim explains.

The Short-Term and Long-Term Affects of Taking a Babymoon

Stress and anxiety are common side effects of pregnancy. In extreme cases, these side effects can cause serious harm to the mother or the unborn child. Therefore, taking the time to go on a trip of pure relaxation can alleviate these side affects.
During the trip, the couple is able to connect and discuss this next chapter in their life: having a child. At this time they can communicate with one another about their ideas of child-bearing and how things may change financially or professionally.

Nobody will doubt that a babymoon is relaxing. As Lim says, “It does release a ‘feeling-good’ enzyme in the body… Its psychological but it does help an expectant mother to relax and to enjoy… This good feeling of the mummy as report shows is beneficial for the baby in the womb!”

But what are the long-term
effects for taking a babymoon? Once you are on the flight or the drive home, are you right back to the reality you once knew, as though the trip was just a dream you have woken up from? Those who have experienced a babymoon say no.

When spending night after night up late caretaking for your child, the memories of having taken a babymoon are relaxing. Although it is over, the fact that you had your chance to get away will leave you feeling relaxed and refreshed when the baby comes.

Loh says, “The most important was I felt happy and it helped to refresh the memory of first 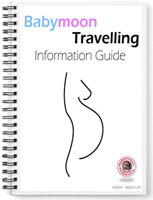 Moore says that she is glad she went to the Pigeon Forge, Tennessee, cabin because she hasn’t had the chance to get away since. Taking a babymoon leaves a couple with no regrets of missing out on traveling due to having a child.

Because so many couples have different interests and destinations in mind, Babymoonguide.com is a site that has organized babymoons by destination. You can search for a babymoon by destination and can compare prices. The site also features a babymoon review section where many women have written about their experiences at different destinations and resorts.

This site makes the searching and booking of a babymoon simple for those who are unsure of exactly where they wish or to travel or simply want to know more about the babymoon experience.

There is even a listing of one-day destinations for couples who would like to experience the messages and workshops but may not want to spend a lot of money on a week long vacation.

Lisa Linsley is a former editorial assistant at GoNOMAD.com and a Journalism major at the University of Massachusetts. Read Travel News Notes.