Describing the North Dakota badlands, Theodore Roosevelt said: “It was here that the romance of my life began.”

Driving on I-94 about 100 miles west of Bismarck to Medora, ND, there are fields as far as the eye can see. Then your car rounds a bend and the landscape alters dramatically.

The fields are instantly replaced by buttes, mesas, and valleys striped in hues of red, pink, blue, green, and brown.

This is the Painted Canyon—part of the North Dakota badlands in the Theodore Roosevelt National Park. The view is breathtaking—or, to steal a description from Teddy Roosevelt, full of romance.

The next exit is Exit 27, the entrance to the town of Medora, population approximately 130. Medora has all the character and charm of a cowboy town from the old west (complete with old west facades on many of the buildings), and has a little something for everyone.

Medora sits at the entrance to the South Unit of the Theodore Roosevelt National Park. The town was founded in 1883 by a French nobleman, the Marquis de Mores. His residence, the Chateau de Mores, is one of many historic sites that you can tour while in town.

A young Theodore Roosevelt also arrived in 1883. Teddy Roosevelt came to North Dakota to hunt buffalo, and he fell in love with the area. A few short years later, he owned two ranches close to Medora: the Maltese Cross, and the Elkhorn.

Theodore Roosevelt and the National Park

Teddy Roosevelt later used his authority as President to protect wildlife and public lands in the United States. He established national forests, federal bird and game preserves, national parks, and national monuments. He is known as the “conservationist president,” and the Theodore Roosevelt National Park honors his legacy.

The National Park Service has preserved the Elkhorn Ranch and the cabin from Roosevelt’s Maltese Cross ranch. Visitors to the Theodore Roosevelt National Park are welcome to visit the Ranch.

The National Park Service moved the Maltese Cross Cabin to the entrance to the South Unit (Medora Entrance) of the Theodore Roosevelt National Park, and it is open for free tours daily.

The Theodore Roosevelt National Park is a fabulous place to go hiking, biking, horseback riding, or driving. Prairie dogs will chirrup at you as you pass by their towns. Bison lumber through the valleys or roll in the dust to stay cool. If you look carefully, you may see one of the herds of wild horses that wander the park.

Both beginner bikers and experts can find a bike to ride at Dakota Cyclery Mountain Bike Adventure. You can rent a bike for an afternoon or for your entire vacation.

Our kids found their biking independence in Medora—with only seven blocks in the town (three blocks long and two blocks wide, with an extra block on one end) and a speed limit of 25 mph, we felt safe loosening the apron strings just a little!

More experienced bikers may want to brave the Maah Daah Hey Trail—a 144-mile trail that is part of a larger nine-unit system. Or, for a less challenging ride, try one of the many trails in the National Park.

Those who prefer to ride horses instead of bikes can do so in Medora too—no cowboy town would be complete without a riding stable!

The Medora Riding Stables & Trail Rides offers one- and two-hour rides through the badlands and those with their own horses can bring them to town and stable them while they visit.

If you want to take an authentic trip through this old-west town, enjoy a ride in a horse-drawn carriage (or in a smaller buggy, pulled by two ponies). Or catch the Badlands Stagecoach, which leaves from the Chateau de Mores Interpretive Center and travels alongside the Little Missouri River.

Cowboys roam the town of Medora—although you can never tell whether they are dressed up for a performance or the real thing! The Cowboys leave their horses at the hitching posts throughout Medora and stop in for a bite to eat at one of the local restaurants.

The restaurants continue the western theme of the town. The booths at the Cowboy Café, for example, are decorated with marks from ranchers’ brands. Pictures of brands also adorn the walls of the Badlands Pizza & Saloon. Even the Coke and Pepsi machines in Medora have pictures of cowboy hats and bison on them! For a unique dining experience, the Pitchfork Steak Fondue features music as cowboys cook your steak on pitchforks.

You can also imagine you are a cowboy—or, at least, a shepherd—as you stay for a night or two (or more) in an authentic “Shepherd’s Wagon.” These are covered wagons like those used by shepherds when they moved their sheep from pasture to pasture.

The museums of Medora are distinctive to this area, and entertaining for visitors of all ages. It comes as no surprise that the North Dakota Cowboy Hall of Fame is located in Medora. Its exhibits honor the cowboys, ranchers, and rodeo stars of North Dakota’s past.

The Harold Schafer Heritage Center tells the story of Harold Schafer, the creator of “Mr. Bubble.” Mr. Schafer worked to rebuild Medora to its former glory and, primarily through his efforts, Medora became the largest recreational area in North Dakota.

In 1986, he formed the Theodore Roosevelt Medora Foundation, which now operates many of the businesses and attractions in Medora. Mr. Schafer is remembered throughout the state as a great philanthropist and dreamer.

Many are drawn to Medora by the Medora Musical. Billed as “The Greatest Show in the West,” it is a musical variety show performed nightly from June until September in an outdoor amphitheater.

If you’ve heard any country music in the past fifty years, chances are good you’ll know at least a few of the songs in the musical.

There is entertainment around every corner in Medora during the peak season (June through September). A Gospel Brunch celebrates the gospel music of yesterday and today.

One of the singers from the Medora Musical performs a children’s show (Misti-fied), where kids can learn to dance and sing like the cast of the Musical. There are multiple one-hour live music shows on the patio of the Town Square four days every week.

For the true Teddy Roosevelt enthusiast, there’s A Teddy Roosevelt Salute to Medora, a one-man performance about the former President. The President and Mrs. Roosevelt are often spotted walking the streets of Medora and sharing games or stories with visitors to the area. On the weekends, you can even enjoy Tea with Mrs. Roosevelt!

Children in Medora love to visit the playground. It may be the biggest play structure I’ve ever seen, and it’s made almost entirely of wood.

Parents need to bring a book, or a friend to talk to because kids will spend hours running through the tunnels and playing on the buildings.

Cowboy Lyle’s Candy is always a draw for kids. Named after one of the iconic cowboys in town, Lyle Glass, the word “CANDY” on the storefront is big enough to draw children of all ages.

(As an aside, Cowboy Lyle is a marvelous photographer, and his art is framed and is displayed all over town. Keep an eye out for it!) Across town, Rushmore Mountain Taffy exhibits real taffy pulling in the window!

The hotels in town also have outdoor swimming pools where the kids can play and swim and parents can lounge in the sun.

Teddy Roosevelt said, “I have always said I would not have been President had it not been for my experience in North Dakota.” Visit Medora and find out how it can change the path of your life. 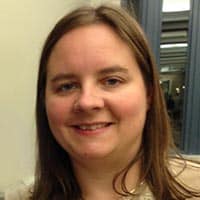 Liz Tipping is a children’s book writer and lawyer who loves to travel to new places with her family.  She lives in Joelton, Tennessee.