An iconic Celtic festival of these parts, its cult-like Popolo di Montelago (Montelago Community) heaves in druidic ecstasy every first weekend of August and has done so ever since its rousing inauguration in 2003.

Back then at its founding location a few km away from where it is now, a larger-than-expected crowd cleaned out the food stalls in short order (a certifiable emergency in Italy), and bounced to the tunes of Galician group Berrogüetto.

In 2007 the festival moved to the mountain plains of Colfiorito in the Marche region’s municipality of Serravalle di Chienti, and today it attracts over 20,000 fans from all over Italy, Europe and beyond for a three-day fest of freedom and nature amid the grandeur of Apennine peaks, bathed in the unsullied alpine air.

To the Popolo, it’s the primary event on the annual calendar, an escape from the concrete and order and restrictions of everyday life to an atmosphere of reverie and harmony that hasn’t produced a single negative incident since its inception.

Mortimer Pub in the large open-sided marquee is the festival’s HQ, where throngs imbibe Scottish ale and local Montelago-label craft brews, happy just to be there, and – normally – relieved to be out of the hot August sun.

However, for the first time in the festival’s history, this Saturday morning it’s raining. Steadily. It makes not a bit of difference to the revelers.

Nor to the performing band, Matching Ties, on the stage opposite the bar, who toss out their “spontaneous and ironic” Celtic airs to those that will hear. (Nominally from Germany but with roots all over Europe, the group’s members do indeed wear matching ties.)

Just beyond the marquee is the open-air Avalon Arena, where eight teams wait for the deluge to subside so they can kick off the sixth edition of the Flowers of Montelago 7-a-side rugby tournament.

Some of the players are impatient, hungry as they are to start partying but can’t, because they do after all have to first run a lot, frequently falling hard on the ground.

Others among them that were here for Friday night’s session are only too thankful for any reprieve they can get. Eventually, the rain pulls in the reins and departs, thankfully not to be seen again this particular weekend.

As the rugby finishes in mid-afternoon, the throngs seep out from Mortimer pub and tent city to the Avalon Arena for the afternoon’s main event: the Celtic Games, 11th annual edition.

Game contestants in kilts snake their way through the watching crowds and awkwardly toss the caber or hurl a 15kg stone over their shoulders.

Comperes Paolo Franceschini and Luca Orselli, both entertainers of some repute in Italy, engaged in a relaxed, easy repartee with each other and the crowd, talking all the time as Italians armed with a microphone are apt to do.

People are smiling. The tug o’ war competition wraps up the proceedings, triggering an ambling exodus to all corners of the festival.

I head towards the market, a roughly U-shaved avenue that stretches the full length of the festival area. It’s bustling, comfortably so, with lots of people and ample space. Barefoot on the grass. You can buy a kilt here (naturally), at several of the 50-plus craft stalls, and many do, turning themselves into instant McFellinis.

Then come the Montelago academy music gazebos – bagpipe, flute, harp, accordion, guitar – where aspirant Celtic musicians get tutored by masters. I notice it’s the harp that’s best-attended, packed in fact. It seems the Popolo are nothing if not ambient romantics.

Nearby in the Tolkien Tent, priestess Alessandra McAjvin is conducting a Celtic wedding. Those tying the Celtic knot henceforward have a year and a day to test the relationship, failing which they can annul the union. Pretty good idea, I think as I watch the white-robed, flowered lovebirds smiling through his beard and her fringe.

Throughout the weekend, the Tolkien Tent also plays host to presentations on literary and philosophical themes. Organized by philosopher-writer-artist and Hibernophile Cesare Catà, this year we’re following In the footsteps of the Masters, with discussions on Keats, St Patrick, Leopardi, Pasolini, and Kierkegaard, along with Gandalf, the Jedi, and the Druids.

Heading back towards the main stage, from whence there are promising sounds of tuning and testing, I pass by the flickering orange fingers of the recently-kindled sacred fire. The hypnotic nature of its flames has drawn a healthy circle of comfort-seekers, now wrapping themselves in ponchos and cloaks as the day’s summer temperatures fade with the receding light.

It’s not clear whether they’re lured by the promise of warmth, or if they’re beguiled by the Celtic symbolism of the new fire as the world passes from the light into the darkness, from summer to winter; when all laws of time and space are suspended and the spirit world unites with the world of the living.

Looking at the dreamy faces, I suspect it’s a bit of both.

I’m drummed out of my own languor by the Montelago Celtic Orchestra launching into its repertoire, a set of Moving Hearts numbers that skillfully and vividly evoke the legendary Dublin band of the 80s.

Midway through the first piece, the night’s special guest arrives.

Bagpiper extraordinaire and Moving Hearts co-founder, Davy Spillane, walks on stage and sits down next to Maurizio Serafini, Montelago co-organizer and accomplished bagpiper in his own right. With a glance and a nod left and right, Spillane slots into their groove seamlessly; they’ve never rehearsed with him before.

Many of the tracks they play are his own compositions, and his presence lifts the group, who proceed to play out of their skins for the next hour and some. It’s a breathtaking set; when they finish, I’m exhausted from the energy and emotion.

So is Maurizio. He has just played alongside his idol at his own festival. The smile is etched on his face as he comes off stage and proclaims:

Later in the creeping early hours, iconic Dublin band Kila raises the roof with their own flavor of contemporary Celtic-world music, marking a rousing return to Montelago after their first appearance in 2010. World-class, but in truth, I’m still savoring the high from the Montelago Celtic Orchestra.

In a happy daze, I settle into my sleeping bag armed with my smile and my memories in progress.

The Montelago Celtic Festival is held annually on the first weekend in August, its 3-day program running from Thursday evening to sunrise on Sunday.

In addition to the events detailed in this article, there are also Celtic battle re-enactments, craft and dance workshops, falconry and archery sessions, and a host of services, including: a wide range of food and beverage stalls; a separate cordoned-off camping area with activities for families with small children; showers for cooling off in the summer heat; free wifi and phone charging; and shuttle and longer-distance buses directly to and from the festival.

Montelago is also ideally situated to include in an itinerary of more traditional Italian destinations: Assisi is just half an hour away, Rome and Florence two hours, and Adriatic beaches less than an hour.

For lovers of nature, the central Apennine mountains – featuring the mystical Sibillini range – are immediately accessible from the festival.

Details can be found online at www.montelagocelticfestival.it in both Italian and English. 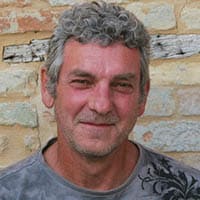 Duncan Campbell is a South African-born-and-raised writer living in Italy with his German wife and American-born son, with both of whom he shares his passion for exploration of cultures and natural places.