Traveling While American: Passports to Ponder

Is the Passport in Your Pocket a Bulls-eye on Your Back?

I can’t count the number of times a fellow traveler has regaled me with tales of disasters narrowly avoided simply because they weren’t American, or were able to convince would-be assailants that they weren’t “Yankees.”

There was Berndt from Berlin, traveling with his wife on back roads south of Mexico City assailed by Bandito’s no less – complete with horses, sombreros, and six guns.

When the robbers realized the couple was German – and not “Gringos” they apologized profusely, proffered their own stock of Tequila and wished the German couple “Vaya con Dios.”

There was William, braving an isolated beach in the Philippines with a couple of local girlfriends, who avoided being kidnapped by insurgents by presenting his Masonic Solomon’s Pass – stamped by Masonic Lodges from across the world – I guess it didn’t matter, as long as he wasn’t “American.”

There was Carl from Florida hiking on his own in Central America, who was confronted by guerillas. He presented a Conch Republic novelty passport and was released unharmed.

Fun stories – and I’ve dined out on more than a few of them – but it’s no joke that the world can be a dangerous place, especially for Americans traveling abroad. Granted – many of my favorite stories are pre-9/11 – but the world certainly hasn’t become any safer for Americans abroad in today’s post-9/11 world. 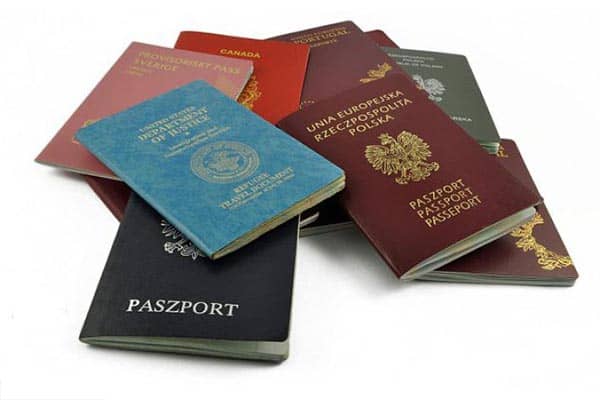 Now – a definite word of caution. Depending upon definitions, fake, false, or fraudulent passports are illegal everywhere and can guarantee a quick trip to years of trouble.

The passports my chums were bragging about were either genuine passports legally obtained from a country other than the U.S. or were “fantasy” or “novelty” passports in the names of fictitious or non-existent countries.

Wikipedia provides the following definitions: Camouflage passports are sold by businesses who sell passports in the names of non-countries (countries which no longer exist, have changed their name or never existed). Fantasy passports are issued by an entity that is issuing a passport in their own name (such as Newfoundland, Kentucky, Conch Republic or the Iroquois Confederacy).

Novelty passports might be issued by a National Parks Service, Disney Land/Disney World, or other commercial sources. The definitions aren’t precise and there is overlap.

Regardless of definitions, try to use one of these products to cross international borders and there is a good chance that laws similar to the U.S. Code mentioned above apply. Many countries have more draconian punishments.

But what if you are one of the good guys and only trying to avoid thugs, kidnappers or even terrorists? Is it a good idea to go online and pay one hundred dollars or more for a camouflage passport and supporting documents from, say British Guiana, a country that ceased to exist decades ago? Maybe not.

After the terrorist strikes on 9/11, the U.S. Government restricted the sale of these products, and most online sources will only ship to non-U.S. addresses. On the other hand, camouflage passports do usually come with supporting documents and are pre-stamped with convincing entry and exit stamps.

What about “fantasy” or “novelty” passports that could never be taken seriously by a trained customs or immigration agent, and would only be used to thwart malefactors? The rub is, if they are patently “novelty” passports – say, from Nova Scotia, Kentucky or even the U.S. Forest Service, they lack entry and exit stamps, and often have printed disclaimers.

Remember, the U.S. Constitution does NOT follow you across national borders. Simple possession of a “fake” passport is illegal in some countries – and even when technically legal, it could result in enhanced scrutiny by customs, law enforcement, and/or intelligence agencies.

If you are randomly selected for more intensive screening at Security, will your travel itinerary absorb an extra hour or two, while you are being grilled in a back room about your Mohawk Nation passport? Do you really want to go there?

As you dial down the risk from official authorities – you dial up the risk from malefactors – and you absolutely do not want extra attention from kidnappers, hostage takers or terrorists. And do you really have the chutzpah to hand an armed aggressor your Republic of Rhodesia or Kingdom of Pellucidar passport?

If you are using the novelty documents to indulge your fantasy and play James Bond or Jason Bourne, with a slew of multiple passports with multiple names and identities—don’t. Carrying patently false documents under false identities is likely in and of itself a criminal offense.

You are not an American spy – spies don’t need fantasy products, and besides, the temptation to flash them around will probably cause more trouble than you can handle. If you just want one as an “ace in the hole” in the unlikely event it’s needed, you still should think long and hard about which product to acquire, how to carry it, under which circumstances to produce it, and your “cover story” if the malefactors discover the ruse.

By all means, familiarize yourself with the laws of the countries you plan to visit, but it is extremely difficult to get answers from authorities on these topics. I spent two weeks attempting to clarify Canada’s policy on camouflage passports, working through Citizenship and Immigration Canada, Customs and Border Security Agency, and the Department of Foreign Affairs press offices without success.

I finally visited Victoria B.C. on my enhanced driver’s licensed and asked about camouflaged passports. I was searched, grilled, and my novelty passport, along with supporting documents were confiscated, before I was released and cheerfully invited to enjoy my stay in Canada. Memo to self – don’t forget that you surrender rights to private property when submitting yourself at border points.

I continued to work through Canadian federal press offices for their official policies on camouflage passports – and expanded my outreach to include the RCMP and Passports Canada. My treatment at the hands of CIC/CBSA spoke volumes – but I couldn’t get a word from Canadian press offices, public affairs officers or spokespersons.

It may be that forced to choose between transparency for the reading public, and a cone of silence to withhold information that might be useful for the bad guys – Canadian federal communicators chose silence. Understandably perhaps, but it does make it harder for honest travelers to make informed decisions.

Granted, there may be times when that passport in your pocket feels like a bulls-eye on your back, and ironically, I’ve read reports that Americans are increasingly being targeted by passport-theft rings. But the bottom line is that in this post-9/11 world a camouflage passport is much like a concealed weapon: possession alone may be criminal, possession may also increase the likelihood of it being used, and its use might mean jail.

There are other, safer precautions that every citizen can take to increase their security posture abroad—not as romantic or fun perhaps as hiding that camouflage passport in a secret pocket, but enough to rescue what’s left of your trip if you do fall in with a wrong crowd—without falling afoul of authorities.

If you are seriously concerned about terrorist/hostage situations, visit Travel.state.gov. It’s an excellent resource, lists current travel warnings, including guidance to follow if hijacked, and offers Smart Traveler Enrollment Program (STEP) online registration at Step.state.gov if your schedule doesn’t allow personal visits to embassies or consulates.

No Concessions to Terrorists

Also, while the U.S. Government does not make concessions to terrorists, it does work through host governments to bring about the safe release of hostages – and that’s a lot more than one can expect from the Republic of Texas or the Principality of Sealand.

Money belts are tried and true – I stuff mine with emergency cash, miniature “key-chain” credit cards and copies of my authentic passport’s data page. Be sure to leave your travel plans with family and friends back home, along with copies of your passport data page, proof of travel insurance and emergency contact information. Let them know if your travel plans change, and try to check in regularly.

Camouflage passports may not be worth the trouble in this post-9/11 world, and humorous anecdotes to the contrary may never have been. Today, marauders are more sophisticated – and many customs agents are stoked up to the point of mania. Besides, the days of paper passports are all but over – even machine-readable passports are giving way to chipped travel cards, and in a decade these will probably give way to iris scans or data-based DNA.

Perceptions of danger to the U.S. traveler may be colored by media hype and exaggerated traveler “war stories.” I recommend that the savvy traveler should disregard the hype – plan their trip – reason through the risks and take reasonable precautions. 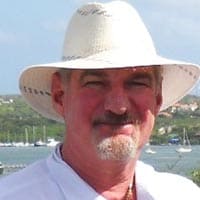 Seattle native Mike Howard has traveled extensively in Europe, Africa, Southeast Asia, the South Pacific, and the Caribbean. Recently retired after a 30-year career in public affairs and communications, he is continuing his travels, sharing his experiences with fellow enthusiasts as a freelance travel journalist.