Sydney: The Best of Australia

The posing sexy supermodel of Australia. Glitzy and glamorous, yet all-inclusive and down to earth. Sydney never forgets its Aboriginal culture and convict upbringing, in fact, it embraces it.

In Sydney, you’ll find the best of Australia. The most talented Aussies flock to the Harbor City to mingle with other thought provokers.

Sydney is brash and bold, but not cocky, and comes with an understated sexiness blended in for good measure.

The Syndey Harbor Bridge and Opera House are one of the most iconic backdrops on the planet.

Sydneysiders welcome visitors with open arms. Americans fall hard for Sydney’s star-studded landmarks, infused with sun-splashed beaches that rival any coastline in the world, along with a food and wine scene to satisfy any gourmand, and you have the total vacation experience.

Australia is the now the sixth largest American population in the world, and many Americans living in Sydney feel akin to a California vibe.

The America-Australia bonding comes from both being former British colonies.

Samuel Adams and Sons tussled over a tea tax by throwing 342 chests filled with tea overboard into Boston Harbor.

The British sent their undesirables, mainly convicts of petty crimes to Sydney with nothing to lose.

In both countries fortunes were made in the new world.

In Sydney, local life remains encompassing. Walk into almost any pub, and it’s not uncommon to see a delivery guy and a stockbroker talking Super Rugby over a cold VB or Tooheys.

“Travel + Leisure is one of the world’s most prestigious travel and lifestyle magazines with a print circulation of more than 950,000 in the US alone, and I am delighted that they have recognized Sydney as one of the world’s best cities once again,” Ms. Chipchase said.

Ms. Chipchase mentioned, “NSW is undergoing a major transformation to meet the growing demands from international markets, providing our hotels and operators with more opportunities than ever before to attract visitors from around the world to our beautiful Harbour City.”

Should you happen to be an American citizen with a valid passport, and are considering a visit to Sydney. Here is a tip for your Sydney sojourn.

Sky-high confidence in the visitor economy is driving Sydney’s hotel boom with more than 7,000 new rooms approved for development or being constructed now to open for business by 2022.

To the east, QT Bondi Beach is home to some very stylish apartments overlooking Australia’s most famous golden stretch of sand. Offering Bondi’s only boutique high-end hotel apartments, QT has 69 spacious studios and apartments in a perfect location.

If you care to splurge a bit and want an elevated vantage point of the Harbor City, the Sydney Shangri-La remains a prominent fixture on the Sydney terrain. One of the most famous sights in the world greets you. The views of the alabaster, jaw-dropping Sydney Opera House shines against the azure sky and sea.

Sydney is a melting pot of Mediterranean and Asian influences. Whether you’re in the mood for Greek, Vietnamese, Italian, Thai or Brazilian, eateries and food options are seemingly unlimited.

Epicurean fans are lining at for a taste of Chef Lennox Hastie’s Firedoor and his fascination with fire. Firedoor, perched on the back streets of Surry Hills is Australia’s first fire powered eatery.

No ovens here, the menu is entirely powered by wood fire and enhances flavors from the collection of different woods.

Nestled on the side of the Opera House is Sydney chef extraordinaire, Peter Gilmore’s Bennelong, with an impressive view of Harbor Bridge. The emphasis is on farm to table cuisine.

Standout dishes include suckling pig from Macleay Valley or the roasted Holmbrae duck. Pre-theater, three-course prefix menus are available before and after theater and Opera House performances.

Locals and tourists alike mingle at Spice Alley and Kensington Street the heart of Sydney’s new, emerging downtown. A once-dormant industrial area is now brimming with life. Outdoor cafes, bars team with the many flavors of Asia that the city has to offer.

If you are visiting Sydney in March, the cities leading gourmet festival, A Taste of Sydney showcases a sampling of the most scrumptious delicacies that this abundant nation of more the 16,000 miles of coastlines and acres of open land for livestock to graze has to offer.

Get to know the Aboriginal landscape.

Sydney offers many opportunities to see contemporary and traditional Aboriginal art and artifacts. At the Art Gallery of NSW, the Yiribana Gallery is one of the largest spaces in Australia dedicated exclusively to indigenous art and sculpture.

With words, images, and artifacts, the Australian Museum explores the rich diversity of Aboriginal Australia, showing some of the changes that have occurred and the impact of European society.

Dance is a powerful traditional medium of artistic expression for many Aboriginal people and the Bangarra Dance Theatre, based in Sydney, is Australia’s most exciting Aboriginal dance company. Backed by an all-Aboriginal cast of writers and directors.

Get to know Australia’s animals.

Australia’s biodiversity also comes in the form of its fauna. Meet animals from around the globe at Taronga Zoo Sydney. Unique, with its shimmering harbor backdrop, it is a zoo with a view.

Eatherdale Wildlife Park, a 40-minute drive from the city center, features more than 2,200 animals from over 300 species including little penguins and an enormous saltwater crocodile measuring 15 feet. You can have your photo taken cuddling a koala or hand feeding kangaroos.

Sydney Aquarium and Manly SEA LIFE Sanctuary are easy to get to Harborside locations where you can admire beautiful sea creatures at close quarters without getting wet.

Sydney is located next to the aquarium at Darling Harbour. There’s always plenty going on here with keeper talks, daily feeding sessions, meeting koalas and other native Australian animals in their habitats.

In a city filled with a treasure trove of one of a kind experiences, climbing the Harbor Bridge remains on every visitor’s wish list. Thrilling visitors since 1997 BridgeClimb has equipped thrill seekers to scale the summit of Sydney’s most precious monument.

Travelers can also see an exclusive Sunset Sessions live music (aka concert in the sky) at the top of the climb.

Vivid Sydney is now the world’s largest festival of light, music, and  ideas, attracting 1.7 million attendees in 2016. The spectacular festival illuminates Sydney from late May to mid-June.

Visitors are urged to stay for several nights to fully experience the light, color, and performance of this world-renowned event.

Cross the Harbor Bridge for a trip to the city’s newest development at Barangaroo. The largest construction project in Sydney to come forth in decades. The metropolis’ latest curated shopping and dining area.

The open verdant headland park overlooks the Harbor Bridge and is the perfect setting for a picnic. Top culinary artists have taken notice, and the area is quickly becoming Sydney’s newest eclectic gastronomy sanctuary.

Explore Sydney’s old pubs in The Rocks, and visit the lesser explore neighborhood of Balmain.

Live like a Sydneysider. Local Eyes Sydney introduces visitors to the Sydney that locals know and love by offering experience-based premium touring options and activities.

Experiences include cooking classes in private homes; walking tours to boutique art galleries; hiking in national parks; or refine your photography skills with an award-winning photojournalist while touring the city.

You will learn about Sydney’s history from its inception; tip a pint or two at a new bar, or learn about the gay and lesbian scene in one of the world’s most welcoming cities.

No wonder Americans love Sydney. Just turn around any corner, and another hidden gem awaits. From the city’s vibrant food scene to endless sunny days on unmatched beaches; a culture that seeks out your participation in one of the world’s most sought-after backdrops. 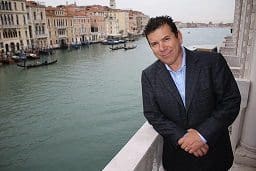 Travel industry veteran, Nick Kontis entered the travel industry after a 13 month trip around the world. Upon returning to his native San Francisco, Nick founded the first travel agency in the U.S. specializing in discount around the world airfares. Now as a writing travel and photojournalist, Nick spends the predominant part of his year in San Francisco, Napa, Puerto Vallarta, and Los Angeles. Follow Nick on his website at www.nicholaskontis.com