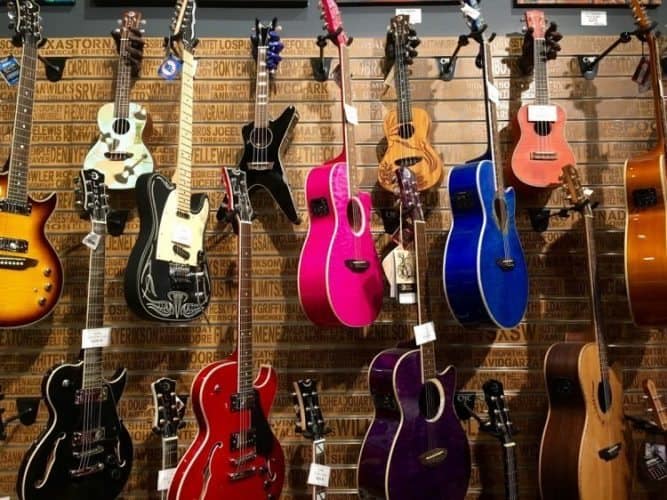 Austin is hip. It’s a happening place. It was voted on the top 10 list for fastest growing small towns and big cities this year . It’s also ranked #5 on the Friendliest Cities list.

For those who live in Austin it’s no surprise but it has some locals slightly worried. The cityscape is changing as cranes resembling giant giraffes look down on an older and smaller world. They just hope that they can “Keep Austin weird!” The unique, eclectic lifestyle is welcomed and defines the place.

Painted walls that advertise or are simply art expressions give a colorful spirit to the town, I mean city. Let’s not forget that Austin is the state capital of Texas. It’s worth a trip to the capitol building, which is taller than the White House and has 17 major monuments spread across 22 acres of carefully landscaped grounds.

But Austin is best known as the “music capital of the world” because of its live music scene. It has more live venues per capita than anywhere else in the country. Music is the pulse of the place. You can choose from more than 1,900 bands and performing artists living in and around our city. There’s blues, indie rock, country, jazz, and more. There’s a vibrational beat every day, everywhere.

Janis and Willie and More

Austin is also home to some of the largest music events and festivals in the world, including South by Southwest (SXSW), Austin City Limits Music Festival (ACL), The Urban Music Festival and Fun Fun Fun Fest and more.

I wanted to experience something “old,” perhaps a spirit of Austin preserved over time, so I stayed at the Driskill Hotel, a Romanesque-style historic hotel that’s about to turn 130 years old. The columned lobby with marble floors restored to its original opulence brings you back in time.

Many dignitaries and actors have stayed, among them Lyndon Johnson and Ladybird, who had their first date here. They continued to romance and frequent the hotel.

In 1964, LBJ even watched the election returns in the ballroom. In their honor, there’s a Lady Bird Suite and a Lady Bird drink made with local Tequila at the “cowboy” bar that exudes true Texas style.

Besides being known as an historic hotel, the Driskill is also known as one of the most haunted hotels in the United States, featuring a variety of alleged supernatural activity throughout the building. It’s said that the spirit of Colonel Driskill makes frequent appearances.

His stately portrait eerily greets guests in the lobby. Guests and housekeepers also attest to strange things happening on the 5 th floor like lights and elevators working independently and multiple guests claiming at different times that someone is pushing them out of bed.

When Annie Lenox stayed at the hotel she laid two dresses out on the bed undecided which to wear that night. When she came out of the shower one of the dresses was put away. Hmmm. Would you want to stay here?

The Driskill Hotel is on the fringe of a section of Austin called “dirty 6 th Street. It’s an historic downtown street known for its bars and live music. I cruised one night and discovered some great music at Maggie Mae’s, a place with great character and music seven days a week. There’s a mural in the back bar that depicts Austin’s highlights.

Then I stayed at the modern Austin W Hotel. While the W is chain hospitality, this W was “Austinized.” An 8-foot, bronze statue of the legendary Willie Nelson stands on the corner.

Besides great architecture and design, vibrant local art and a cool vibe, the W is an eco-friendly hotel that walks the talk. It’s a hallmark of sustainability for its operational life cycle.

The W became part of the first mixed-occupancy project of this type and size in the world to achieve LEED® certification and to be nationally recognized in the green building rating system, and Austin Energy’s Green Building Program.

Beyond my light filled room I awoke to a view of the Colorado River and Lady Bird Lake with kayakers enjoying the sunrise.

The hotel brings nature in and captures the Austin spirit. There was a black and white photo of Waylon Jennings in my room. Reinforcing the music theme, design details even use vinyl. A secret bar glows red. An artful portrait of Willie Nelson beckons you in. Another warm and intimate space is the library, so I thought.

At a closer look I realized it was the Record Room with 8000 LP’s waiting to be played on a state of the art Macintosh system every Tuesday night with a DJ for “Off the Wall.”

AWAY Spa and a Wet Deck

The Austin W Hotel also has a Wet Deck with a pool and cabanas and a beautiful AWAY SPA. It was a chance to detox, relax and restore with a great massage and lovely amenities.

Just as the music scene helps shape Austin, so does the food scene, whether it’s a creative food truck or an imaginative chef. One who seems to have the reputation for starting the Austin haut food movement about 13 years ago is Chef Tyson Cole, best known for his Asian fusion restaurant Uchi.

When a foodie friend suggested Uchi, I thought why would I want this in Austin? After learning of his James Beard award for best chef: Southwest I thought why not.

Chef Cole trained for more than 10 years in Tokyo. He takes Japanese tradition to another place with multi-cultural combinations blending global ingredients. It was edible art quite other worldly.   Sushi is the base for a departure that’s takes off into an unusual and imaginative deviation.

It’s a flight of fantasy both for the tongue and the eyes. Chef Cole says, “Ingredients and flavors from all over the world are easily accessible. I create what is playfully multi-cultural mixing the Japanese tradition with tastes that inspire me.

Another exciting Austin chef is James Robert. His restaurant is Fixe.  The Louisiana native spent his childhood cooking in the kitchen with his mother and grandmother. Fixe is an ode to his southern heritage. He calls it progressive southern cooking.

It’s a complex, delicate, clever, creative twist on southern food. Everything was transformative from the setting, a square bar with the feeling of a cozy coral to a view of the tattooed chef working in the open kitchen off in the distance.

The décor was cozy but open, symbolically recreating a sense of home. My cocktail was one of the most delicious and unusual creations I’ve ever had, perfectly blending local tequila, dehydrated lime and amber beer.

Sounds odd but try it if you don’t believe me.   While there are biscuits, bourbon and fried chicken it comes with a unique spin. I can’t say enough about this savory experience. I’ll have to wait for my next visit to Austin to get my fix!

Even the food trucks command a presence worthy of review and taste. Veracruz All Natural is one of many permanent location food trucks, parked in a small dirt lot with picnic tables and umbrellas just on the outskirts of downtown.

How could a simple taco be so good? It started out as a tiny trailer about 8 years ago selling snow cones, smoothies and natural drinks. Customers wanted more so tacos and tortas were added to the menu.

Their specialty is tacos and salsas with homemade tortillas and chips. The star of the show, costing $2.50 is their migas taco. It’s made by cooking crunched up tortilla chips on a hot tortilla with tomatoes, onions and cilantro before pouring on beaten eggs that get folded with cheese and salsa on a homemade corn tortilla with a slice of avocado.

Now that’s a mouth-watering mouthful. Veracruz All Natural is growing now with three trucks and recent praise for its authentic, fresh food from the Wall St Journal, Rachel Ray and Rolling Stone magazine.

It wouldn’t be right to talk about Austin without mentioning barbeque. I didn’t have time to wait in line and experience Franklin’s, the world famous southern-style barbeque.

The Franklin truck launched in 2009 to instant fame and moved into a small cinder block building last year. Customers arrive early to taste the brisket, sausage and smoked turkey, which sell out by 2 p.m.

But of course, there’s a lot to do in Austin besides eat!  There’s a wonderful independent bookstore, Book People if you have the time.

So if you’re looking for a laid-back, friendly, eclectic and multi-sensory destination, Austin is for you. 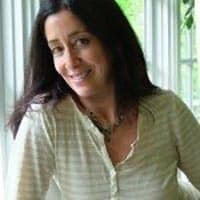 www.shelleyrotner.com
This article was last updated Mar 2, 2020 @ 4:55 pm
If we've inspired you to travel with this story, why not check out the prices to get there and make it happen. Search airfares, hotels, and rental cars here. Thanks!