The more remote islands of Indonesia had always been on my travel bucket list but eluded me for many years because there were no cruise ships plying the vast expanse of these islands.

In recent years there was a legitimate concern of piracy on the waters surrounding certain areas of Indonesia, and these personal safety concerns likely explains the scarcity of cruise ships in the region.

Then, in 2013, one day before we were about to book a privately guided trip to Mongolia for 2014, I stumbled upon a National Geographic/Lindblad expedition cruise titled “Indonesia Odyssey:   Bali to the Great Barrier Reef” (October 20-November 5, 2014).

While I expect my travel to esoteric destinations to continue for many years to come, I told my wife that if we had only one trip to choose from for the remainder of our lives, this was it.

After reading the day to day itinerary, we immediately signed on for the trip—and in jumping to the conclusion of this article, it did not disappoint!   In fact, this journey through Indonesia definitely ranks as one of our top trips for many reasons noted below.

We started our trip in Bali where we spent four glorious full days with a very knowledgeable, well-organized private guide who has a passion for his island and never tired of seeing many of the same sites repeatedly.

Our guide, Wayan Merta (who prefers to go by his last name), and a driver took us to many remote corners of the island.   When I researched various websites for a private guide in Bali, Merta’s name appeared with very favorable comments.

I then sent Merta a detailed e-mail noting the various places and activities we were interested in and a litany of questions.   Merta patiently responded to my questions, and made recommendations based on our interests.

In summary, on our list were visits to many remote Hindu temples, traditional dances, craft markets, and magnificent terraced rice fields for which Bali is so famous.

On our first day, we saw the Barong and Kris dance, with the dancers wearing brightly colored carved wooden masks. The gamelan (traditional ensemble music made up predominantly of percussive instruments used in Bali and Java) is used for ceremonial dances.

We then visited the village of Batubulan, known for its stone carvings—which were very large and more suitable for garden decorations then a take-home souvenir.

We stopped in the wood carving village of Mas, where Merta took us to an upscale shop, Ketut Puja, at our request.

We managed to do some real “damage”, buying an ebony statue of the Goddess of Rice, a wood carving of a fisherman made of rose wood, and an intricately carved and painted Barong mask, symbolizing a protector.

We saw photos of several Hollywood celebrities near the cash register.

After we asked if they bought items from the store, and were told they had not, we used this as a negotiating chip.   If they couldn’t afford to buy any items, we certainly weren’t in a financial position to do so.   After some negotiating an overall price of the three items, we reached a compromise and arranged to have all three pieces shipped in wood crates to our house.   They were too fragile, bulky and expensive to risk taking on the cruise.

Celuk for Gold and Silver

We then stopped in the village of Celuk to admire the gold and silver jewelry and objects for which this town is known.   We visited several art galleries depicting traditional life in Bali and found one painting of interest but the shop did no shipping.

We would have had to take valuable time away from the tour to arrange for packing and shipping and so we took a pass—which was just as well given an Aboriginal painting that caught our eye at the very end of our journey in Cairns, Australia.

We visited a beautiful temple with lotus ponds, Para Taman Saraswait, and then we went to Tegallalang to view the terraced rice fields nestled in a winding river valley.   We visited another temple, Gunung Kawi, where we saw stone tombs dating to the 11th century.

The temple consists of 10 rock-cut shrines.   These memorials are an impressive 25 feet in height and carved into a cliff.   We descended (and later ascended) 270 steps to a lush green river valley to reach the temple grounds.   We also visited the Palace in Ubud—where part of the grounds are public, with the remainder closed off to the former Royal family that once ruled Bali.

We visited a high-end batik factory, Popiler, where we bought two batiks for our dining room and family room tables.   We also visited the market in Ubud where fruits and vegetables are sold and then saw a one hour evening performance of the Legong Dance.   The Legong dancers appeared both robotic and hypnotic in terms of dance movements.

After a very full day, we returned to our hotel, the Stones Hotel in Legian, about 30 minutes from the airport.   The hotel was very comfortable and well-situated but we found our meals there to be of average quality.

The next day we drove to Tanah Lot, a temple that is the most visited and photographed in Bali, and one of the most venerated sea temples.   To reach the temple, perched on a rock formation just off shore with crashing waves surrounding this outcrop, we walked along a path passing many souvenir shops as we made our way to the sea.   One can walk to the temple itself at low tide across a natural stone bridge but non-Balinese are not allowed to enter.

We drove through the villages of Belimbing and Sanda, where we witnessed spectacular rice terraces carved from hillsides on either side of the road as far as the eye could see.   We went to Bedugul, a lake resort, where we saw a food market.

The Balinese worship the goddess of the lake, Dewi Danu, at Pura Ulun Danu Batur.   This temple complex of more than 100 shrines is beautifully situated overlooking a mountain and the lake below.

The priest at the temple allowed us unusual access to the inner courtyards that are not generally open to the public.   We climbed many steps with courtyards on several levels.   Our drive then took us through Candikuning, where we saw wild orchids and flowers and fruits sold on the streets.   Our destination was the village of Jatiluwih, which is a Unesco World Heritage Site for its preservation of traditional Balinese farming techniques.

This scenic point, over 2,500 feet above sea level, provided a magnificent panoramic view.   We could see rice terraces stretching all the way to southern part of Bali.   We walked through some of the rice fields in two different areas.

The rice fields are terraced along winding hillsides with coconut palm trees at the top of the terraces.   As we wandered through the terraces, we were mesmerized by their beauty with so many shades of green and by the vast expanse of these fields.

The varying intensity of the green color of the rice is a reflection of the different stages of development of the rice.   We spent an hour driving and walking through the terraced field, although we easily could have spent several more hours walking and absorbing the scenery.

At one spot, we saw a family with a priest worshipping his car as this was the day for “car worship”.   A fire was lit, prayers were said and sacrifices of food were made to the gods.

Our third day began with a visit to Pura Paar Agung, a temple completely destroyed during the 1963 eruption of Gunung Agung but rebuilt and expanded during the late 1990s.   Located at the top of a long flight of stairs, the setting is spectacular with the peak of Agung up close and beautiful panoramas of east Bali.

We stopped at Penelokan, where we had dramatic views of an active volcano, Ganung Batur (9,800 feet high) with streams of black lava scattered along the side of the volcano and a crater lake in front of the volcano.

We visited Pura Puncak Penulisan (about 5,200 feet high), which leads to Bali’s highest temple.   Inside the highest courtyard are rows of old statues and remnants of sculptures.   The temple views are nothing short of awesome—facing north, we could see the rice terraces clear to the coast.

On our last day in Bali, we drove to Ulu Watu—a cliff temple situated in the south of the island.   This temple sits atop dramatic cliffs that drop straight into the sea.   One can enter the temple grounds through an arched gateway guarded by statues of Ganesha.   Only Hindu worshippers can enter the small inner temple that is built on a sliver of land extending into the sea.

The views of the crashing waves of the Indian Ocean from the cliffs are calming.   In the eleventh century, a Javanese priest first established a temple here. Later additions to the temple were made by a subsequent priest.

We saw surfers in the area as this is Bali’s most famous surfing spot.   We then visited the Orchid Garden, where we strolled amongst a wide variety of tropical flowers, plants and orchid collections.   There were paved walkways enveloped by colorful plants while the shade house was home to a variety of orchids.

Merta’s daily charge—which included his guiding services as well as the driver—was $100.   We were therefore charged $400 for four days/evenings packed with sightseeing.   Merta’s contact information is as follows:   mertagct@gmail.com; mobile:   +62 81 236 39 1112.

Hiring a private guide, rather than a group tour, allowed us to tailor the visit to our interests and to get off the beaten path as we veered inland and to the north of the island to visit less touristic temples, rice fields and mountainous landscape.

Because we had many snorkeling/beach days ahead on the ship, we purposely skipped the beaches of Bali to focus more on the culture and the landscape. 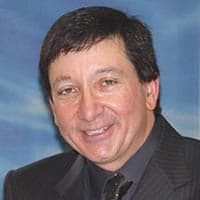 Roger Marks is an attorney and international executive with an insatiable appetite to explore remote corners of the world and has had the good fortune to combine his passion of learning about and visiting other cultures and landscapes through business travels in addition to customizing complex overseas trips for him and his wife.