A Latin America tour to be enjoyed 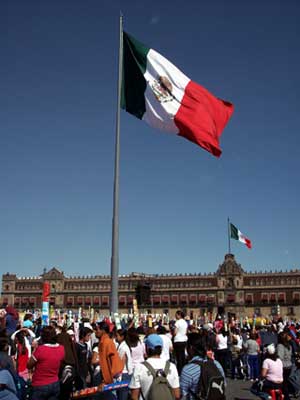 We started our trip in Mexico City, a place neither one of us was particularly excited to visit. Well-meaning friends and family members warned us of Mexico City. It was a dangerous place, they said. Be careful.

In the end, however, we truly enjoyed our time in Mexico City. Its old, colonial center was bustling. There was always something going on in the Zocalo, the city’s heart and, after Moscow’s Red Square, the second-largest plaza in the world.

Plus, the city proved a good place to get our feet wet. After a week in its massive sprawl, we figured we could maneuver our way through anywhere. 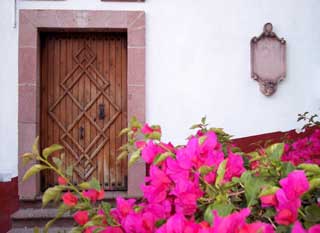 Taxco, just two hours south of Mexico City, spills from a mountainside. Its narrow, cobbled streets wind steeply up and down.

The town traces its beginnings to prosperous silver mines, but today those mines are closed.

After just one day, we were completely charmed by Taxco. 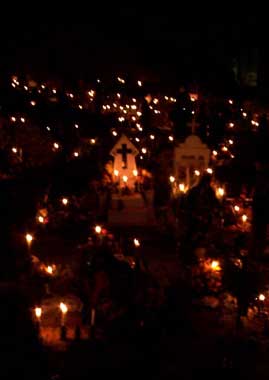 Long before we even bought our tickets or packed our bags, I knew I wanted to witness a Day of the Dead celebration in Mexico.

Throughout Mexico, families prepare home altars and clean gravesites to welcome the souls of their deceased home for one night.

The souls arrive at midnight on November 2, but the vigil starts at sundown on November 1. We headed to the lakeside city of Paztucaro and the island of Janitzio to take part in the festivities. 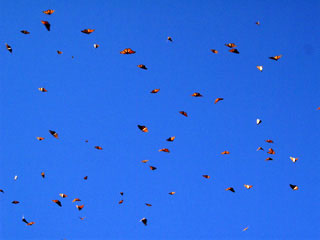 Another item on our list of travel goals was to visit the monarch butterfly sanctuaries in central Mexico.

Every year, monarch butterflies from across Canada and the United States migrate to forested mountaintops two hours west of Mexico City.

Even though we saw the sanctuaries at the start of the season before all the butterflies had arrived, we were awed by the pine forests thick with monarchs.

The butterflies were so numerous, they caused tree branches to bow under their weight, and we could hear their wings flittering through the air. 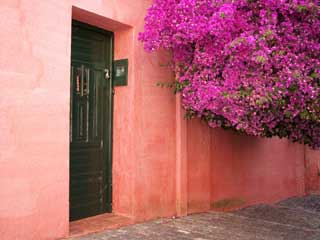 We started our two-week trek through Uruguay in the antique town of Colonia.

Portuguese pirates founded Colonia; they picked the site to be their strong hold for one important reason: it is across the river from Buenos Aires, Argentina.

From Colonia they could watch cargo-loaded ships coming and going from that busy port and plot attacks.

Colonia’s old quarter is a UNESCO World Heritage Site. Its quaint, cobbled streets are perfect for an afternoon of wandering. 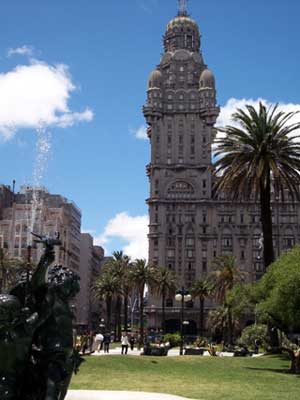 We spent just a few days in Montevideo, Uruguay’s capital. The city sits on the shores of the Rio de la Plata and is a bustling port.

We ventured close to the water’s edge and wandered the stalls of the city’s famous Mercado del Puerto where vendors serve up local wines, fresh seafood, and seriously impressive steaks.

While none of Montevideo’s buildings are very tall, many carry pretty cupolas. The city’s pace is slower than that of its river rival, Buenos Aires. 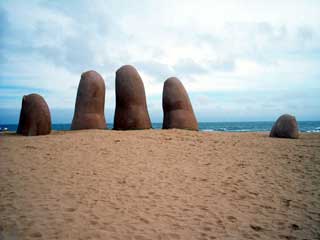 While many travelers hit the beach in Uruguay’s ritzy beach resort, Punta del Este, we had more fun renting a bike.

Punta del Este sits on a thin peninsula. We rode our bikes up one side to the peninsula’s tip and back down the other side.

The next day, we rented a moped to speed about the city some more.

We did make it to the beach one day, but the sun wasn’t at its hottest; we arrived at the beginning of December, nearly a month before the city’s big tourist push. 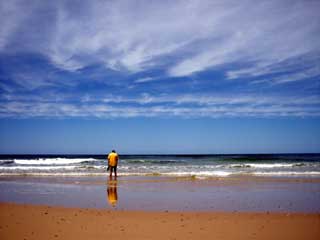 The beaches of La Paloma offered us a serene break from our travels. A couple of hours north of Punta del Este, La Paloma faces the Atlantic Ocean and is just emerging as a prime vacation spot.

After spending a few days there it was easy to see why. While the town itself still needs some sprucing, its beaches are long, flat and wide. We put it on our go-back-to list. 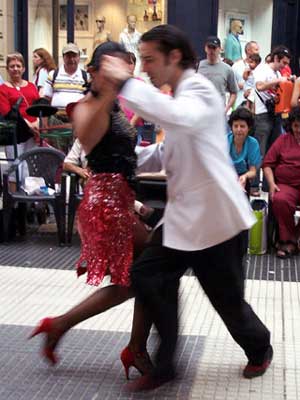 I was excited to land in Buenos Aires. Eight years ago, I spent almost a year in the city teaching English.

I was curious to see if my memories of the city would ring true. They did. The streets of Buenos Aires are as busy as ever.

The center’s pedestrian walkways, Calle Florida and Calle Lavalle, stream with well-dressed businessmen and women on a Monday afternoon.

Cafes serving little other than strong espresso spill to the curb.

Tango dancers and fire-eaters perform for change, and all the while subway trains rumble deep below, taxis honk and a fleet of diesel busses jockey for space.

After soaking up the energy of Buenos Aires, we headed south.

We flew to Ushuaia, the southern-most city in the world.

Ushuaia sits on the bottom edge of the island of Tierra del Fuego.

While the city faces the Beagle Channel, behind it, the last of the Andes Mountains race to the sea. We took a day trip out of Ushuaia to Estancia Haberton, a massive, family-owned ranch.

The ranch is isolated and truly feels like the end of the world. There we visited a penguin colony and caught sight of the ranch’s wind-swept trees. 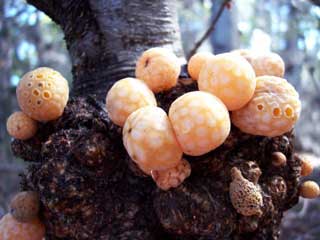 Outside the city of Ushuaia, Tierra del Fuego National Park is a perfect spot for a day trek. We joined a guided group and hit the trails early.

Throughout the day, we hiked through drizzle then wind then sun then rain again.

Our guide just laughed at the constantly changing sky and shared a common saying in Ushuaia: if you don’t like the weather, wait ten minutes.

The park’s views were stunning regardless of the weather. The ground was spongy, the mountains high and the Beagle Channel glinted in the distance.

Trees were thick and covered in brillant green moss and colonies of an odd, orange, Nerf-ball fungus. 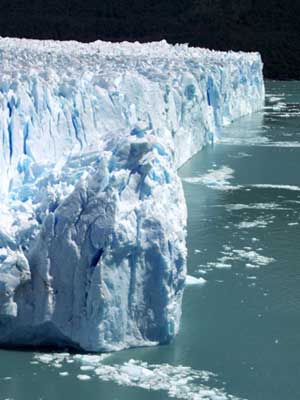 We left Ushuaia behind and went to see the Perito Moreno Glacier. Perito Moreno is just one of five glaciers in Argentina’s Glacier National Park.

It slides out of the Andes and into a huge lake where chunks break off and float into the distance.

The lake, filled with mineral-rich glacial run-off, glows an almost surreal shade of jade-like blue. We paid extra for the chance to hike on the glacier itself.

A safe distance from the dangerous glacial wall, we spent an afternoon trekking across Perito Moreno’s melting crevices and jagged peaks. 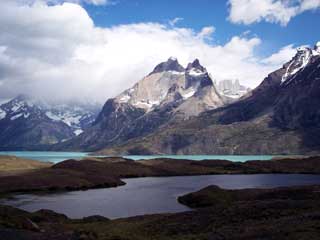 Chile’s Torres del Pain National Park provides postcard-perfect views. We spent a day in the park and wished we had more time.

At every turn we were confronted with natural beauty so grand we could only gawk and sigh and exclaim, “Wow!” 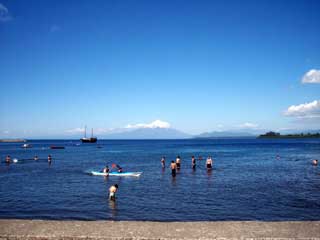 We hadn’t planned on spending a week in Puerto Varas, but we did. We found the town’s pace relaxing and its views enchanting.

On the edge of Lake Llanquihue, two snow-capped volcanoes stoically watch over the town. We hiked one of those volcanoes – the near symmetrically perfect Volcano Osorno.

We spent a morning whitewater rafting and a number of days just relaxing on the lake’s shore. 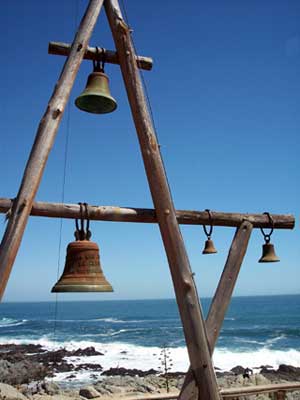 Roughly two hours west of Santiago, the tiny town of Isla Negra is host to one of Pablo Neruda’s three homes.

Neruda, a Nobel Prize-winning poet, was an eccentric collector. His Isla Negra home stares out over the Atlantic Ocean and is filled with prizes from the sea like shells and salvaged ship parts.

After visiting the house, we spent some time on the beach and wandered the town’s tranquil streets. 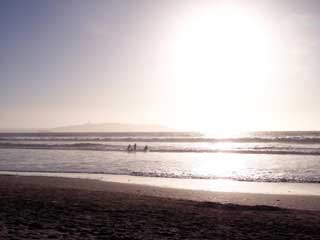 After weeks spent taking in the mountains and glaciers of Patagonia, we decided we were ready for a beach.

We made our way to La Serena, Chile’s second-oldest city and home to expansive beaches.

After getting our fill of sun, we stayed up late to visit one of the area’s three observatories.

We marveled at the Southern Cross and couldn’t believe we were seeing the Milky Way with our naked eyes.

Kelly Westhoff, a GoNOMAD blogger and winner of the second GoNomad grant award, and her husband, Quang Nystrom, set out on a seven-month around-the-world trip in October 2005. They spent the first three months of their trip in Latin America. They toured four countries: Mexico, Uruguay, Argentina and Chile.