The Top 10 Documentaries to Inspire your Travels

We’ve all been there: come home from a long day of work, kicked off our shoes, and left them lying haphazardly by the door.

It’s a busy world we live in, and for those of us who love to travel, it can seem impossibly hard to make that dream a reality. Next time you come home from a long day, you can kick off those shoes and lay back to watch one of these documentaries that will surely inspire your next adventure. And until then, it’s almost as good as the real thing! 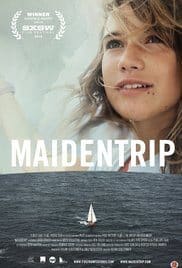 1. Maidentrip– The story of 14-year-old Laura Dekker, the youngest female ever to sail solo around the globe. This is a truly inspiring story, and you’ll surely recognize a kindred soul in Laura’s youthful optimism and adventurous spirit. She filmed all the footage for this documentary herself, over the course of her two-year voyage. A poignant film that will leave you feeling happy and inspired, we promise when the credits finally roll, you’ll feel ready to drop everything and take off on a nautical adventure of your own.

2. Touching the Void– A real-life adventure thriller, Touching the Void is the dramatic story of climber friends Simon Yates and Joe Simpson, and their disastrous attempt at climbing an uncharted route on the face of Siula Grande in the Peruvian Andes in 1985. This is an intense movie, and every dangerous mistake and twist will have you at the edge of your seat. Watch this when you’re wanting to feel amazed and humbled by Mother Nature’s most extreme creations, and the few humans brave enough to go chasing them.

3. Jumbo Wild— This documentary follows the long and hard-fought battle over British Columbia’s backcountry. One of the earth’s most magnificent locations, the fight carries on: should Jumbo Valley be developed or kept as nature intended? This one is for die-hard nature lovers and for people happiest in the North, and for those who would give everything to keep nature, natural.

4. Vu du Ciel (Earth from Above)—This one is a series, perfect for undertaking on your free weekday nights. Literally meaning “the view from heaven”, this documentary series from French photographer Yann Arthus-Bertrand shows stunning aerial photography of some of the most beautiful and remote places on the planet and also addresses the complex ecological issues currently facing the planet. Watch this one when you want to relax and appreciate nature’s finest from the comforts of your own home.

5. Craigslist Joe—A testament to the beauty of human nature, this documentary explores whether or not America still has a sense of community. Follow Joe as he spends a month traveling the country, relying on nothing more than the kindness of Craigslist posters for his survival. Watch this documentary when you want a documentary with a story-like feel, and want to be inspired by the depths of human compassion.

6. Mile…Mile & a Half- The story of a group of artists who leave their normal lives behind to hike California’s John Muir Trail, a 219-mile stretch of wilderness stretching from Yosemite to Mount Whitney. A clever and inspiring film for nature and world lover alike, follow this group on their journey to be inspired for your next wilderness adventure.

7. Long Way Round—Actors Ewan McGregor and Charley Boorman embark on a 20,000-mile, 115-day motorcycle journey across the globe, all the way from London to New York. For those who yearn for a permanent life on the road, this documentary series is for you. Bonus: The duo takes off again in a sequel series, Long Way Down, so you’ll have plans for another night in.

8. Farther Than the Eye Can See—The story of blind climber Erik Weihenmayer’s successful climb of Mount Everest. This is a classic adventure tale, with peril, adventure, and an inspiring real-life protagonist. If you love a good adventure film, this one should be next on your to-watch list. Available to watch for free on Amazon Prime video.

9. Living on One Dollar– The tale of four American friends who head to Guatemala with nothing more than the clothes on their backs and a handful of cash in their pocket. Living in the rural countryside for two months, they look to experience what life in extreme poverty is truly like, subsisting on only a dollar a day for the duration of their trip. It’s an admirable experiment, and worth watching if you want to feel inspired by a beautiful country and the resiliency of the human spirit.

10. Meru- This 2015 film follows three professional climbers as they attempt one of the hardest feats in big wall climbing: Mount Meru of the Himalayas. Obsession, love, and loss, this film has it all. Watch when you’re feeling adventurous but also craving something with a solid plot. Available free on Amazon Prime video.