Airstream: 80 Years of the Silver Bullet 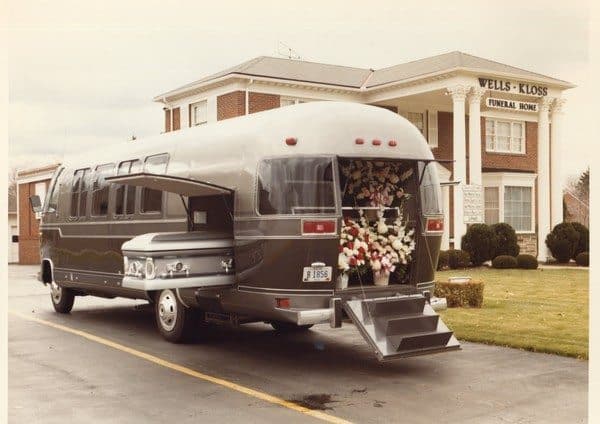 This photo, from the Airstream corporate archives, shows a family enjoying their vacation in style. The car appears to be a circa 1948 Studebaker, and it’s towing a large Airstream trailer of the same vintage. Judging by the Spanish moss hanging in the trees we’ll say this is somewhere south of the Mason Dixon line

Wally Byam was a good showman and had a great sense of humor. Here he combined both by showing off two Airstream trailers at once- the larger ‘Nursery” and smaller “Mother-in-Law” apartment. Notice the signs in the windows that point out some of the best features of the sturdy Airstreams.

Another great spot to see while in Paris is the Arc de Triomphe, as this western-garbed couple could attest. Begun in 1806 under orders of the Emperor Napoleon, this monument was created to honor his Grand Army’s victories.

Stopping to pick flowers in San Francisco in 1964, with the Golden Gate Bridge as a backdrop. The car is a 1964 Cadillac, and the trailer is an Airstream Land Yacht.

The mid-1960’s saw a big drop-off in demand for compact cars as younger buyers began purchasing the new pony cars in large numbers. These were essentially prettied-up and much sportier compacts, so they were small cars and thus were more suitable for use with smaller trailers like the Bambi shown here under the palm trees.

We don’t know where this photo was taken- probably Florida- but any woman who looks that good in a swimsuit deserves to have her picture in this book.

On the road in Africa, exactly where is unknown. Notice the two men in the left front of this photo carry rifles for protection from lions and tigers.

Here’s the exterior view of the Airstream Funeral Coach, circa 1982. It was a decent idea, having one vehicle that could take the place of several. The flowers went into the rear hatch area, as shown, while the casket went into the side carrier space. Mourners rode inside the spacious passenger compartment, which was nicely trimmed and featured individual seats plus a couch at the rear.

All photos from the new book, Airstream, published by Motorbooks. Find out more about the book below.

Iconic, aluminum-bodied Airstream trailers have been around for 80 years–
Get the full story in this photo-rich book. 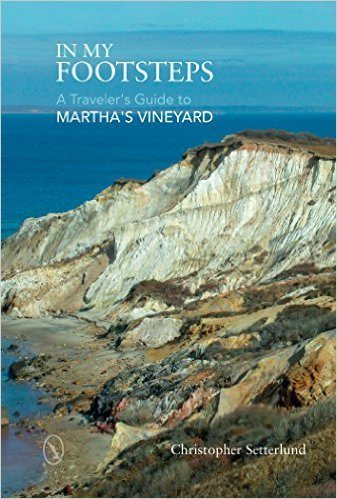 Airstream is America’s best and oldest manufacturer of travel trailers, and those retro silver coaches are iconic on America’s highways. Representative of the age-old desire to explore, these trailers are unmistakable in design with distinctive aerodynamic rounded lines and an aluminum outer skin. Airstream: 80 Years of America’s Traveler celebrates the eight decades since the first Airstream graced America’s highways.

Airstream chronicles the fascinating history of Airstream trailers through a detailed history, stories, and beautiful photography. Although its roots stretch back to 1926, the first Airstream-brand trailers were introduced in 1936, just as America was emerging from the dark days of the Great Depression.

Of the 400 travel-trailer manufacturers of that era, only Airstream survived. Dubbed the “Airstream Clipper” after the first trans-Atlantic seaplane, the 1936 Airstream featured a unique lightweight aluminum body that cut down on wind resistance, improved fuel efficiency, and made for easier towing.

It slept four, carried its own water supply, was fitted with electric lights, and cost $1,200. The Airstream provided travelers with a way to see the world at their leisure and in solid comfort. It was the perfect vehicle for a country emerging from a long struggle.

In the eight decades since that first Airstream, the company has produced some of the finest trailers in the world and gained a worldwide reputation as the Rolls-Royce of travel trailers. The Airstream story is one of travel, adventure, and memories that last a lifetime. View Motorbooks website page to order. Coming out June 2016

Patrick R. Foster is a well-known and respected automotive writer and historian. Foster is an authority on AMC and its various sub-brands and has written a number of books on that automaker, as well as many others, including Jeep and Studebaker. His most recent books for Motorbooks are Jeep: A History of America’s Greatest Vehicle and American Motors Corporation: The Rise and Fall of America’s Last Independent Automaker.