Trinidad: Off The Beaten Path

Off the Beaten Path Trails in Trinidad: Five Places You Can’t Miss On the Big Island

Although Caribbean islands are primarily marketed as luxury destinations, there’s a lot more to see off the beaten trail. Trinidad, the larger of the twin islandrepublic of Trinidad and Tobago, is found at the end of the Caribbean archipelago, located about 7 miles from Venezuela. Here are five places not to miss if you’re ever in Trinidad.

Lopinot is a small village located in a valley surrounded by the dense, green foothills of the Northern Range. It’s accessible via the Eastern Main Road that dissects the northern part of Trinidad.

When you get to Lopinot, it feels as though time stands still. The grounds of the Lopinot Historical Complex used to belong to a notorious French slave owner, Charles Joseph Comte Loppinot de la Fresillière.

The white and yellow gingerbread-style Great House has since been converted into a tiny museum of curiosities, with jars of preserved snakes and insects, cuatros (four-stringed instruments) and old photos of the Count and his family.
Now, the grounds of the former slave plantation are a perfect spot to picnic, play some cricket or have a river lime on the banks of the Lopinot River that runs through the cocoa estate.The complex is also rumored to be a hotbed of paranormal activity with tales of the count riding through the estate, especially on stormy nights.

Lopinot is also the home of parang, a type of Christmas carol sung in Spanish, originally brought to Trinidad by Venezuelans who settled on the island.

Temple in the Sea

The Hindu mandir or temple at Waterloo is one of Trinidad’s greatest treasures. Located in the Gulf of Paria, the temple stands as a testament of one man’s devotion.

In the early 20th century, Siewdass Sadhu worked on the British colonial sugar estate at Waterloo and wanted to build a temple.

In 1947, he built one on the land but was ordered by the colonial authorities to demolish it. When he refused, he was imprisoned and his mandir was torn down.

However, when he was released, he decided to rebuild the temple on reclaimed land in the sea where the authorities had no power to pull it down. Today, the temple has become a major religious site for Hindus across the island. The temple can be visited anytime but is best enjoyed at sunset.

Galera Point is a rocky outcrop in the north-easterly tip of the island where the Atlantic Ocean and the Caribbean Sea meet in a crash of waves. Although the roads to get there are long and winding, witnessing the sea’s immense power and breathing in the fresh sea breezes on the outcrop are totally worth it.

Galera Point is also historically intriguing as it is alleged that native Amerindians committed suicide by jumping into the ocean here to avoid being enslaved and converted to Christianity by the Spanish conquistadores who arrived on the island in 1498.

There is also a lighthouse on the outcrop, the Keshorn Walcott Toco lighthouse, named after the javelin-throwing Olympic gold medalist who grew up in the area.

This Benedictine monastery is located in the Northern Range and is clearly visible from the Eastern Main Road and Uriah Butler and Churchill Roosevelt highways.

The abbey, established in 1912, is accessed from the narrow St. John’s Road in St. Augustine. Mount Saint Benedict’s Pax Guest House is also a favorite place for bird watchers to spot local species including hummingbirds and mockingbirds.

If you get hungry, there’s also a small cafe at the guest house that serves afternoon tea including yoghurt made on the premises. The sweeping view of the Central plains is also quite rewarding.

Both Manzanilla and Mayaro are fishing villages located along Trinidad’s eastern coast, about two hours’ drive from Port of Spain in the North or San Fernando in the South. The drive through the Cocal is certainly not one to missed, where coconut trees on either side of the road provide a shady canopy.

Both beaches are the best places to find chip chip or pacro, tiny molluscs Trinidadians boil and submerge in a cocktail sauce of ketchup, salt, garlic, chandon beni and chili pepper.

The sunrises on the eastern coast are also breathtaking. If you’re up to it, you can also pull seine with local fishermen who are sometimes kind enough to share their abundant catch from the Atlantic. 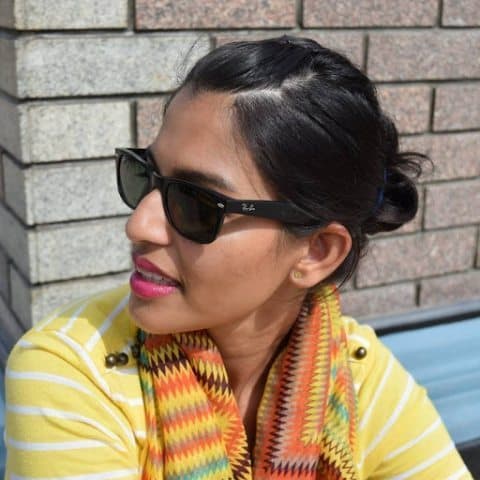 Suzanne Bhagan is a writer and journalist who writes about travel and culture. Visit her portfolio website for more of her work.

Yoga, Soul, and Rock & Roll With Michael Franti
Italy: Helping with the Harvest in Piemonte
Carriacou, Speaking Words of the Bard
St. Lucia: Adventures and Relaxation on Coconut Bay
Religious Cruises Find a Niche Among Believers
Cuba: Unraveling the Puzzle of Havana