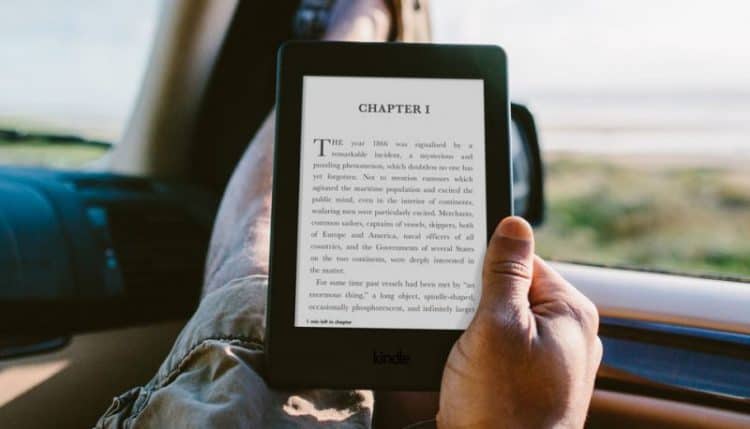 10 Useful Gadgets for the Ambitious Traveler
By Andy Christian Castillo

I have a longing for travel in my soul: there’s no escaping it: I was born with a wandering heart. From rolling mountains of solitude in Mexico – with thorny underbrush thick like prison wire, to bustling streets of Paris, so loud I couldn’t hear myself think, my fondest memories have come on weary feet and in distant countries. I am an expat living in the ordinary; even at home, I feel far away, because I have learned to experience constant newness in the mundane.

But it wasn’t always like that: photography was my gateway into travel. I started traveling to get the picture – I climbed mountains with the setting sun at my back, looking for the perfect image; I walked through alleyways of Amsterdam chasing the same sun, with camera in hand. I became addicted to the nostalgia of being far from home, because of photography. So for me, technology and travel are intertwined – to me, you can’t separate new experiences from the gadgets that make them happen.

Here’s a list of 10 must-have gadgets and gear to expedite the travel process, and make new experiences more enjoyable.

I was deployed to the Middle East with the US Military in 2013 – I took my first purposeful ‘street photo’ on the blisteringly hot streets of Bahrain with a Fuji X100, and immediately fell in love with Fuji’s X series cameras. If you’re like me, then you value function over glamour; you want to be able to throw your camera into a bag and not worry about it breaking.

And when that perfect moment comes, you don’t want to be fiddling with dials and meandering through complicated digital controls: the X100t is a puristic photographer’s dream-come-true. With fully manual shutter and aperture controls, and a fixed 35mm (1970’s journalistic throwback) f2 lens, Fuji’s retro camera expertly straddles the line between a more traditional approach to photography, and modern image making (the X100t shoots HD video). Further, Fuji’s APS-C sensor provides vivid color and gorgeous contrast – so if you’re looking for a functional camera that you can toss into a backpack and forget about until the right moment comes, look no further.

Increasingly so, we run on digital devices; our lives are encapsulated in calendars, schedulers and social apps. Without iPhones and Droids, Western society as we know it would collapse. Even the best among us forgets to charge their cell phone – or maybe you just don’t have access to an outlet. Either way, carrying a portable charger (with a USB port) is an absolute must. The only thing this doesn’t charge is a camera battery. Some day I wish someone would invent such a battery, but it would likely need to be much much heavier.

I can’t tell you how many times a universal charger has saved me – whether it’s for a work photoshoot, or last-minute trip out of the country, carrying around a universal charger could be the difference between success and failure. More than that, by using one charger for multiple devices, you can leave that jumble of wires at home.

Teleportation has not been invented yet. Even the most traveled and important person still spends long hours crammed into seats with no leg room, wishing they were anywhere else. I’ve found that reading is the best way to kill a 12 hour bus ride, and enjoy myself in the process.

Instead of slogging around a backpack filled with reading material, do yourself a favor and pick up a Kindle Paperwhite – it boasts a built-in light, wi-fi and internet capability, and a 6″ high-resolution display at 300 ppi. The best part about the Paperwhite, is that your eyes won’t get tired after long hours of reading, like they would if you were reading on a laptop or tablet.

Yes, there are many computers out there that will get the job done, but not all of them are equal. What I value most about the Air isn’t the compact size or lightning fast processing speed, it’s the durability of the shell. I mentioned earlier that I value functionality over glamour, and the Air fits the bill. There’s a reason why a movie was made about Steve Jobs – he was a genius, and the MacBook Air is a direct reflection of his commitment to product excellence. So bite the bullet and spend a little extra on quality – you won’t regret it!

Don’t wait till checkin to realize you overpacked; don’t be ‘that person’ who’s frantically rummaging through your checked bag to shed access weight: do yourself a favor and pick up a luggage scale, so that you can make sure you’re within the limit. They’re relatively cheap, and could save you a lot of money and hassle in the future.

Traveling to foreign countries can rack up quite a cell phone bill. Or maybe, you’re someone who just turns off your phone while you’re out of the country. Using a mobile hotspot alleviates the stress of being ‘in-the-dark,’ digitally speaking. You can connect to your hotspot from your device via wi-fi, anywhere in the world, and book hostels, find directions, and keep yourself safe while you’re roaming.

Be an everyday superhero: when all the outlets are taken at a busy airport, take out your power strip and save the day. Everyone is in a hurry when they’re traveling, and no one wants to wait in line for an empty plug – so think ahead, and pick up Belkin’s 3-outlet charger; it even has 2 USB ports!

Sometimes, I go where there aren’t any roads; and when I do, there usually isn’t cell-reception either. That’s why I carry a hand-held GPS – there’s nothing worse than being lost, and having no way to find your way back. This is one purchase that you’ll be grateful you made.

Last, but certainly not least, is a smartphone. Personally, I’m a Mac kinda guy – but it’s all preference. The important thing is that you can access apps like Uber, Hostelworld, Google Translate and Maps, and other useful features. In many ways, smartphones have revolutionized how people travel – gone are the days of studying maps and calling hotels. Today, we book online and use our phone’s GPS. So although this one is obvious, it’s a necessity.

andychristian.net
This article was last updated Jul 16, 2018 @ 2:20 am
If we've inspired you to travel with this story, why not check out the prices to get there and make it happen. Search airfares, hotels, and rental cars here. Thanks!