Iceland: Trout Fishing in the Land of Fire and Ice

Iceland: Trout Fishing in the Land of Fire and Ice

Frontiers Travel Returns for Summer in the Nordic Country

Iceland is a place to be intimate with nature and to fish the larger than average trout population in its various lakes and rivers. Frontiers Travel explores a portion of Iceland’s growing tourism potential through guided fishing trips. The next trip is June 2015.

These include Boston, Seattle, Orlando, Denver, Washington, DC, Madrid, Stockholm, Paris, London and Amsterdam. Mollie Fitzgerald, Co-owner of Frontiers says, “You could be in Iceland fishing long before you could get from New York to Montana.”

Light that Photographers Dream Of

“Their names are too long, I can’t pronounce them” says Barry Beck on the landforms that dominate Iceland’s eccentric geography. That doesn’t stop him from shooting them though. In his pictures, he captures the endless amounts of space and elements in their rawest forms. To Beck, the light in Iceland is priceless in capturing all of the natural attractions. He is a professional photographer and certified travel guide, hosting Frontiers’ trips for around 30 years now. His travel partner, Cathy, doubles as his life partner and wife. 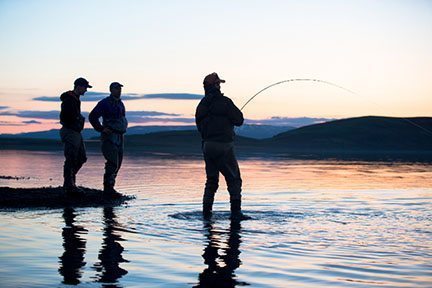 This June, the couple will make their third trip to Iceland. The chosen areas are Lake Thingvallavatn and the Highlands which the Becks have never been to before. Barry is eager to photograph the active volcanic area in the Highlands. He comments, “The environment in Iceland offers a fantastic backdrop and wonderful light. The air is crisp and not polluted. Even the fog is different. It’s mysterious and adds a moodiness to the light.”

Capturing the sunsets in Iceland are one of Barry’s favorites parts about the country Barry strongly encourages people in the group to devote their time equally to fishing and exploring the local culture and nature. It is rare that Barry and Cathy have someone in their group that exhibits what Barry refers to as “tunnel vision.” what Barry describes as not really looking around and appreciating all Iceland has to offer. For me, every time I turn around, there is something new to shoot” he said.

Go for the Trout, Stay for the Attractions

The rich topography of the land is a quintessential part of Iceland’s reputation. There are over a dozen active volcanoes, thousands of waterfalls, lava fields, hot springs and geothermal pools. The Blue Lagoon is the most famous, offering therapeutic effects in its mineral waters. 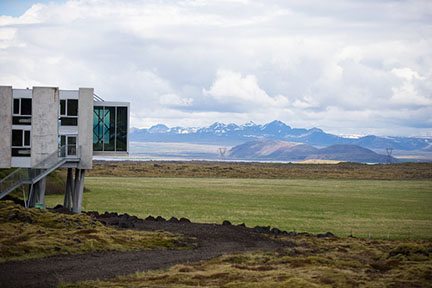 The capital city of Reykjavik has become increasingly urban with the increase of buit up infrastructure. The cosmopolitan center maintains a legendary nightlife with bars and clubs staying open until 5 am on weekend nights for local, party-on-the-streets tradition.

The puffin, the iconic symbol of Iceland, have nests off the coast in the Westman Islands that can be viewed on a day trip from Reykjavik.

The 11th and 19th will be travel days, leaving a week’s stay to explore Iceland. The first two days will be spent on Lake Thingvallavatn. The lake is considered to be around 12,000-years-old and houses trout up to 25 pounds in size. It is more common to see trout caught between four and ten pounds though.

The location is two hours away from the Keflavik Airport and ranges from sandy beaches to rocky boulders mixed in with the hills surrounding the water. Guests will stay at the renowned Hotel Ion while fishing Lake Thingvallavatn. Hotel Ion features an award-wining Northern Lights Bar, a Lava Spa, luxury dining and viewable mountains and lava fields from the panoramic windows.

The next three days will be spent in the highlands of Iceland where the trout arguably outnumber the people. Lake Tinda and the Tungaa River are the main fishing attractions that remain largely unexplored. The Tungaa River is situated in the secluded hills where it was formerly a glacial river. The glacial component was mechanically altered out by engineers, leaving the clear water conducive to successful fishing.

Trout found in the river are between three to seven pounds and mainly in the upper portion where parts are covered with black volcanic sand. Jeep safaris are commonly used to explore Iceland’s terrain in the Central Highlands. The vehicles are specially equipped with mounted, extra wide tires to accommodate the off-roading adventures. Extra-curricular activities are anticipated and worked into the trip so people can experience a fuller grasp of Icelandic culture.

As guides, Barry and Cathy remain with the group for the entirety of the trip. This entails helping with casting while fishing or escorting people to a historic whaling town like they did in their 2013 trip to Iceland. Responsibilities can range from marriage counseling, handling emergencies and fishing guides, when it suits.

For Barry, responsibilties include taking photos of the group throughout the trip that people can have at the end. Cathy explains, “Our job is to make sure that everyone has a good trip.” Frontiers is responsible for the logistical aspect of the trip of booking guides and partnering with local fishermen but Cathy and Barry develop the sense of community. There is a level of importance based on interaction within the group and with the local culture.

Cathy explains that a good portion of the people that travel on these trips are repeat clients that have been traveling with them for years. She says, “It is fun to watch all of the interaction and friendships that develop. One fishermen will meet another fishermen for the first time and you come back years later to see that they are still friends.”

Barry and Cathy do not directly fish with the group but will do so when asked to. They assist with casting lessons and helping with fly selection and other gear.

Cathy hopes for the dry flies again this summer, as they were usesd on past trips to Iceland. “It provides a visual experience” she explains. “The fly is seen floating in the water and you can see the fish come up and grab it.”

The Becks regard the locals that assist them on the trip as, “down-to-Earth and refreshing.” Barry adds, “They have a great sense of humor and are major outdoors people who will go out of their way to accommodate you.”

Cathy recalls one of their visits to Iceland where there were hand knit sweaters for sale at the lodge the group was staying at. They discovered that the cook and the women in the kitchen made them and everyone on the trip went home with a sweater. “We’ve loved everything we have seen so far and are looking forward to having a new adventure” says Cathy.

Knowledge, Experience and Perspective at Frontiers

Mollie Fitzgerald describes Barry and Cathy as, “Super patient people. They can give a novice to fishing extra attention without hindering the rest of the group” she says. The single-digit group sizes allow for intimate attention to be given to every person. The small groups also allow for more success and less competition while fishing, giving everyone a fair chance.

The number of guides are flexible and tailored to fit the size of the groups.

Frontiers handpicks dates that coincide with the most optimal days to fish in the season. Elaborate advice on packing and gear is included. Frontiers can provide gear but Fitzgerald comments, “Most people have strong preferences to use their own gear. Half the fun for them is getting their own ackle ready.” Trips are customizable to fit people’s desires of spending time in Reykjavik shopping or lounging at the Blue Lagoon.

Mollie Fitzgerald is the sister of Mike Fitzgerald, the CEO of Frontiers. Their mother and father started the company in 1969 and since then it has been operating in expert, worldwide travel. When planning trips, such as Iceland, Frontiers makes a point to travel where they are sending their clients so they can better serve them. Mollie has been to Iceland five times. 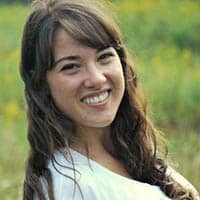 Erica Garnett is an intern at GoNOMAD Travel. She is a student at the University of Massachusetts, pursuing a double major in Journalism and Anthropology.

www.gonomad.com
This article was last updated Jan 13, 2019 @ 3:07 pm
If we've inspired you to travel with this story, why not check out the prices to get there and make it happen. Search airfares, hotels, and rental cars here. Thanks!