In 1897 news began spreading of gold to be had for the picking in the Klondike.

Overnight, the little port of Skagway grew to a rough and tumble boomtown, complete with numerous tent saloons and a gentlemanly crime boss called Soapy Smith, who would sometimes pay the fare home for the stampeders he’d robbed blind. At the height of the rush, a thousand people a week passed through Skagway on their way to begin the long and arduous journey to the Yukon.

The main streets fairly clog with tourists most summer days, when as many as four ships may be in port. It’s better in the afternoons and evenings after tired cruisers have gone back to their ships. Weekends generally have fewer ships, making it a better time for independent travelers.

Even with the crowds, Skagway is a charming place, echoing with an intriguing history and surrounded by wild and explorable nature.

This historic narrow-gauge railway is one of the biggest attractions in Skagway. Moore, the original homesteader, predicted not only that gold would be discovered in the Klondike, but that one day a railroad would stretch inland from his little cabin and wharf. Begun in 1898, the railroad was believed by some to be an impossibility.

It gains 3000 feet in only 20 miles and was completed in just over two years. Vital to the mining industry for decades, it’s now chiefly a tourist attraction. The most popular excursion is a three and a half hour trip up to White Pass and back. It’s beautiful and dramatic, but very expensive, more than $110 per person.

If you’re interested just in the scenery, you can take a bus up to White Pass for a third the price. On off days you can try to bargain for lower rates on these bus excursions. Another option, if you want the rail experience, is to take the train to the first or second stops, from which you can hike to Denver or Laughton Glaciers, then catch the train back. You’ll have to arrange pick-up times, so book these trips ahead. If you’re headed toward Fraser or Whitehorse, you can also use the train as actual intercity transportation.

Don’t miss the free Klondike Gold Rush National Park visitor center, featuring a life-sized display of the thousand pounds of supplies stampeders were required to take with them so they could survive the journey.

The prospect of hauling all that up a couple of mountains (taking 30-40 trips on foot) would be enough to make the less hardy turn back. The visitor center’s well-done film is full of interesting historical tidbits that bring the Klondike Gold Rush to life.

You can also get tickets at the visitor center for the ranger-led walking tour, which repeats some of the movie’s information, but goes more into life in Skagway during the rush, including tales of the infamous Soapy Smith.

Well-dressed Soapy had followed other gold rushes throughout his life, and by the time he reached Skagway, he’d perfected his cons. At the height of his power, he had the army, the newspaper, and the deputy US marshal all in his pocket. One of Soapy Smith’s cruelest cons was the telegraph office he built with Victorian elegance and modern telegraph machines.

Stampeders would gladly pay $5 to send a telegraph back home. Soapy’s operators would slyly get all the victim’s family details and then “respond” to the rusher with their own telegraph from a desperate wife. “Suzy’s sick. Send money.” The stampeder would gallantly send funds back home and go on his way, feeling that he’d done his duty. If only he had followed the telegraph lines across town and through the woods, he would have realized that they didn’t go anywhere.

Throughout town, you can see evidence of Soapy’s reign. Various other buildings have been turned into free mini-museums, such as the restored home of the Moores, who founded Skagway and prepared with great foresight for the arrival of stampeders, only to almost lose it all when the deluge came. The Mascot Saloon is now a tiny museum on the less virtuous pastimes of turn-of-the-century Skagway, including a life-sized historic bar scene.

Out of town, the Gold Rush Cemetery contains the graves of many stampeders and Skagway residents, including Soapy Smith’s humble gravestone and Frank Reid’s grand heroic monument. Frank Reid, after all, was the one credited with finally dispatching Soapy Smith in a gunfight down on the wharf. From the cemetery,  you can also walk to pretty Lower Reid Falls. The city SMART buses will take you within half a mile of the cemetery, but you’ll need to pay for an all-day pass. Otherwise, you can just walk.

Most of the stores in town are aimed at cruise ship travelers and include a huge number of jewelry shops. However, there are quite a few arty places that look more like museums, with some of the artisans showing demonstrations of their work. Look for the fur shop, where you can admire the softness of various real furs, while choking on the prices.

Hiking is one of the best ways to get away from the crowds and enjoy Skagway’s nature without breaking the bank. An easy walk follows the blue-green waters of the inlet to Yakutania Point and then on to Smuggler’s Cove (2 miles round trip). Yakutania Point, with its picnic tables and temptingly climbable rocks, is a popular place to hang out, but Smuggler’s Cove is quieter. Even on busy days you might have the place to yourself for a time.

Lower Dewey Lake, set against a backdrop snow-draped mountains, is another popular destination. It’s only about half a mile to the lake from town, but it’s a fairly steep climb. Once there, take the trail around the lake.

The east side requires some pleasant scrambling around on rocks, and the views are gorgeous. On a sunny day you may want to wade around and pan for fool’s gold in one of the sandy beaches on the west side.

From Lower Dewey Lake, trails continue to other destinations such as Upper Dewey Lake and Devil’s Punch Bowl (great views, steep trail) or to Upper Reid Falls (gentle trail, limited views of the falls). Other trails surround Skagway. You can even hike the famous Chilkoot trail, with or without a thousand pounds of stampeder supplies.

The town is full of tour operators, offering spectacular outdoor and cultural adventures like mountain biking, white-water rafting, helicopter rides, and visits to sled dog training grounds. Most are highly expensive, however.

Restaurants and even groceries are pricey. If you’re coming from somewhere bigger, like Juneau, consider bringing a few staple foods with you. Most people arrive via the Alaska State Ferry, but other seasonal ferries operate between Skagway and Juneau or Haines.

If you want to explore the area on your own, you can rent a car downtown, though this option is only economical if you’re with at least three or four other people. Internet or wifi is available at various locations throughout town, but be prepared to pay.

The Alaska Sojourn hostel in town offers reasonable rates for the region and a home-like atmosphere. Other hostels may or may not be open at the time of your visit. Skagway, despite its here-and-gone tourist crowd, is a great destination for anyone who wants a peek into gold rush history or who would just like to spend some time amid the natural beauty of Alaska.

Skagway Visitor Information, including information on transportation, accommodations, and things to do.

Alaska State Ferry system website, offering car and passenger ferry service into and out of Skagway. 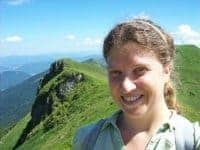 Melinda Brasher is a regular contributor to GoNOMAD who lives in Glendale, Arizona.