Twice Around the World Aboard the Yacht Scorpius

The navigation map of Antarctica covers a table in the cozy cabin of the yacht “Scorpius.”

One of the crew, Alexei, shows me the route: his finger slides all down south from Europe till the ices of Antarctica, makes a circle around the coldest continent of the Earth; then back to Northern hemisphere and again around but this time –the Arctic.

There are places on Earth that are better to watch on a screen of a TV set, he explains. Antarctica and the Arctic are among them. It’s a challenge, certainly not for everyone. And for now, it’s our challenge. The crew of “Scorpius” – eight people from Russia and Ukraine are going to spend a year in latitudes where sailing yachts have never been before.

Countrymen in a foreign land

We had just arrived in Brazil after the Atlantic crossing in November 2011 and were enjoying a literally warm welcome, after numerous humid and freezing nights in the ocean. One evening my captain Chris returned on board and, shining with excitement and exclaimed:

“Look who I have found!”

“Who” was Russian sailor Sergei from Saint Petersburg, my native city. Chris picked him up while my countryman desperately tried to find out from Portuguese-speaking staff the location of a sailing shop.

So my Brazilian captain offered help and performed the role of translator. In exchange, Sergei invited us onboard the yacht “Scorpius” and told us about her unique mission.

In September 2011 the 30-meter long sailboat “Scorpius” left the Russian port of Sochi – the capital of winter Olympics-2014 and a famous resort. It was on for a hard venture – the first Russian arctic sailing expedition.

The modern yacht is fully-equipped with various kinds of electronics and automatic systems. Anyway, onboard there’s always plenty of work. It keeps going on even with us as guests onboard.

The yacht is getting ready for departure. Engineers get out of the engine room to greet us and soon recede back to make last adjustments.

Video operator Sergei is sorting out archives on a computer, at the same time showing us recent films that were shot.

The captain Sergei Nizovtsev, the organizer and ideologist of the expedition, has found several minutes to talk to us. I can’t but ask him a very trivial and yet very important question:

How was the idea of this project born? He answered with a cunning smile.

“Once I was just sitting and wondering: what can I do that no one has done before… And here it is, what I figured out.” Then, already more serious, he lets us into particulars of the mission.

“We plan to go around the South and the North poles in one year and later finish the expedition with the third round, more common “spin” through warm waters of Pacific and Indian oceans.

We hope to set new records: in the duration of an expedition and in the length of a route. “Scorpius” will be the first sailing yacht that will pass around Antarctica south to S 60º and the North pole around N 65º-70º in one calendar year.

The crew’s getting ready – the departure is in 30 minutes. Maps are going inside a navigation table – everything should be fixed and closed.

The crew knows its job well: most of the members are experienced sailors and, moreover, Arctic explorers. Sergei Nizovtsev himself had been to the Arctic as a diver and skydiver and doesn’t have illusions about the ultimate points of the Earth.

But for two of the crew, Sergei and Vadim who have just graduated, – all revelations about the Arctic and Antarctic are in front of them.

In January 2012 the yacht “Scorpius” departed from the Russian Arctic station “Bellingshausen” in her expedition around Antarctica. For 90 days courageous sailors had covered 15 thousand miles. They managed to get into an almost frozen Ross sea till latitude S 74º and thus had established the first of four planned world records.

Never before the sailing yacht went so far to the south. “Scorpius” overcame many storms and had been many times become almost stuck in the ice of Antarctica.

“We are not going to change our plans,” says the captain Sergei Nizovtsev in a video reportage, published on the site of the expedition. – 92 days among ice, fog, and dark nights, torn apart by storms, are hard. But we are determined to accomplish what we have started.

The Scorpius is now for sale in a dock in Turkey. 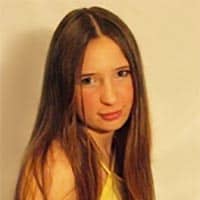