Wonder Trail: LA to the End of the World

Steve Hely, writer for The Office and American Dad!, and recipient of the Thurber Prize for American Humor, presents a travel book about his journey through Central and South America. Part travel book, part pop history, part comic memoir, Hely’s writing will make readers want to reach for their backpack and hiking boots.

The trip was ambitious — Steve traveled through Mexico City, ancient Mayan ruins, the jungles and coffee plantations and remote beaches of Central America, across the Panama Canal, by sea to Colombia, to the wild Easter celebration of Popayán, to the Amazon rainforest, the Inca sites of Cuzco and Machu Picchu, to the Galápagos Islands, the Atacama Desert of Chile, and down to the jagged and wind-worn land of Patagonia at the very end of the Western Hemisphere.

Steve’s plan was to discover the weird, wonderful, and absurd in Central and South America, to seek and find the incredible, delightful people and experiences that came his way. And the book that resulted is just as fun. A blend of travel writing, history, and comic memoir, The Wonder Trail will inspire, inform, and delight.

Excerpt from the book: ‘Wonders of Guatemala’

Guatemala is also beautiful. There are, for example, Pam’s remote mountainside cheese villages, which I cannot personally vouch for but which I believe in.

A place I saw with my own eyes and can report is a world-level wonder is Lake Atitlán. Even Stephens was impressed by this one. He said it was “the most magnificent spectacle we ever saw. We stopped and watched the fleecy clouds of vapor rising from the bottom, moving up the mountains and the sides of the volcanoes.”

I would’ve liked to watch the fleecy clouds of vapor for a while, too. But the bus I was on was careening down the mountains and the sides of the volcanoes to the shore of the lake. No problem: The rising lake vapor was still impressive from the window.

Fifty square miles of silver lake set in a ring of volcanoes. Around it is a ring of villages: Panajachel, Tzununá, San Pedro La Laguna, Santiago Atitlán, Santa Catarina Palopó.

The villages range in degree of what we might call “hippie-ness” and “hostel-ization” and “indigenous authenticity,” but in a given day, every one of them probably has both an ancient woman in traditional Kaqchikel Mayan dress carrying a basket of chickens on her head and an Israeli backpacker.

Being raised on 8-bit RPG video games, I couldn’t help but take the lake and its villages, and the boats that’ll ferry you from one to the other, as a challenge. 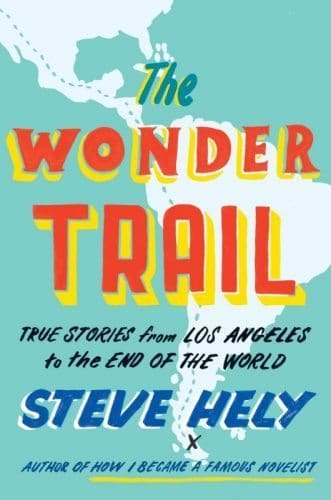 Fueled by Coffee or Hot Chocolate

I tried to visit as many villages as I could, fueling myself with coffee or hot chocolates in each one. The boys who loaded and tied up and shoved off the boats from the dock were skilled and fast and competed with each other.

Just watching them was good for a couple of minutes. On a ride across, a pretty girl with a guitar got in the back, asked permission in Spanish to play some songs, and did.

The Mayan women riding looked indifferent, but when they arrived, more of them than not reached into the pockets of their dresses and gave her coins.

At lunchtime, I was in San Marcos La Laguna, where trails and dirt roads lead to meditation lodges and Reiki retreats. There was a restaurant there called Blind Lemon’s, called that because the owner loves Mississippi Delta blues, and that’s where I ate.

I was the only customer. While I ate, a Guatemalan boy who was either the brother or the son of the girl cooking tried on my hat and sunglasses did a very good if somewhat mean impression of me, and played with my phone.

Lake Atitlán wasn’t safe from the violence that tore up Guatemala. In Santiago Atitlán, for instance, you can see the church of Stanley Rother, a Catholic priest from Oklahoma, who translated the New Testament into Tzutujil Mayan. He founded a hospital in nearby Panabaj. In July 1981, he was shot twice in the head in his church by gunmen. Thirty people from his village had already been killed.

Rother’s hospital was destroyed in a mudslide, in 2005. If you go look- ing for sites of massacres and disasters in Central America, you’ll find them. You’ll find no end of them. In going on this trip, and writing it, I don’t want you to think I’m looking away from that.

He Prefers Pretty Girls in Boats

This book could be filled with stories of tragedies. But there are plenty of books about Central America that are already anthologies of violence and misfortune. What good would one more do? It’s important to work, to chronicle the terrible things that have happened, to remember them.

Brave people take that job, tough people, but I’m not the guy for it. I prefer pretty girls singing songs in boats, as most people do.

Believing that’s what most people prefer makes me an optimist because those people so far outnumber gunmen who’d shoot priests in the head that they can’t help but win out. The gunmen can make things ugly, but I don’t think they can make them ugly forever.

The morning I was on the lake was clear and terrific. There weren’t any guns, as far as I could see. It used to be believed that Lake Atitlán was bottomless. John L. Stephens didn’t believe it, and neither now do science, and neither do I. But you can see how they believed it. If I’d never heard of science, I’d believe it, too.

If someday I am forced to become a fugitive, hide out someplace where no one knows my name, no one will ask too many questions, and no one will think to look for me, a little house up on the hilly shore of Lake Atitlán might be the spot. Although of course now I’ve given that away. And while I know I can trust you, Reader, I can’t trust everybody, so maybe I’ve just blown it.

Or maybe this is part of my game. I’m just trying to throw you off my trail. Lake Atitlán is exactly where I’ll be. Except I won’t be. Don’t look for me there.

On this trip, I’d find plenty of good spots to disappear.

Buy this book on Amazon: The Wonder Trail: True Stories from Los Angeles to the End of the World