A Treacherous road trip through a Tough Part of Russia–Siberia 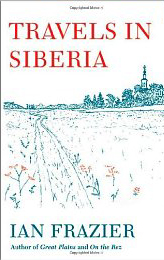 “Travels in Siberia” provides a unique view of a forgotten place in which Ian Frazier examines the so-called country and territory of Siberia, along with all of its marvels. He investigates its history, science, economics, and politics while narrating stories of the province’s most famous exiles like Dostoyevsky, Lenin and Stalin.

Frazier paints an interesting picture of Russia after the ceasing of the Soviet Union, while also providing an account of his adventures and acquaintances encountered at this mysterious place. The book is an original take on the “amazingness” of Russia in typical Frazier fashion.

Book Excerpt from “Travels in Siberia”

Irkutsk does kind of look like Paris, it turns out—if you can imagine a Paris with the Seine gigantically expanded to the horizon-filling width of Irkutsk’s Angara, and with diminished buildings and steeples poking up along the river’s distant margins on either side.

We drove down the Street of the Events of December, we parked, we bought supplies. But the afternoon had gotten late, and Sergei, as usual, was in a sweat to escape the city limits and find a good camping spot. He said he knew of an ideal set out for it, I stipulated that we return to Irkutsk the following morning; there was more here I wanted to see.

Crossing the Lake in Nikola

Sergei’s camping spot was in a little regional park above the fishing town of Nikola. Centuries ago, eastbound travelers used to stop at the monastery there and pray at its church dedicated to St. Nicholas for safe passage across the lake. The park is on a hillside, and as Sergei navigated the van up to its incline, he made a sharp turn that came within a breath of tipping the vehicle on its side.

He then stopped, backed down, found a less-steep route, drove down to the campsite, and set up the tents without comment. This was the first “improved” campsite we had been in. Each site had a fire circle surrounded by stones, an iron grate for cooking, and two benches made of wood.

When I awoke the next morning, Sergei and Volodya were not around. Two young men and a woman at the campsite just across the way were shouting and playing loud music and drunkenly carrying on.

I stuck my head out of the tent flap and saw one of the guys in the process of breaking up the benches in his campsite. Loud splintering sounds accompanied this.

He then began to heap the more manageable fragments in the fire circle, where a few logs from the night before still smoldered. I crawled back into the tent and slept awhile longer. When I got up an hour or two later, Sergei and Volodya had not yet returned. I walked around and stretched. Then I took out my kit and hung my shaving mirror on a tree and began to shave.

I was about half-finished when a young man in what I took to be a park ranger’s uniform walked up to me as I squinted in the mirror and asked me if I knew anything about the benches that had been destroyed. I saw his truck parked nearby. Evidently he had been driving by and noticed the pieces of the bench scattered around.

I said I did not speak Russian very well and he should wait until my friends returned. In a tough-cop manner, he asked me a few more questions; he seemed to find something fishy about me. Half covered in shaving cream, I pleaded ignorance of everything. After a while, he gave up on me and went over to the tents of the neighbors, who had retired to sleep it off.

Hollering into the tent, the ranger flushed them out into the daylight. I heard his loud questions and their sullen-sounding replies. Suddenly the ranger grabbed one of the guys around the neck and began to beat him on the head. He slapped and cuffed and knocked him around like a boy pummeling his little brother.

The victim covered his head with his arms and did not resist, as if this was just a part of the drill. I guessed that being beaten by a public official was an experience he had been through before. After a few last boxes of the ears, the ranger went back to his vehicle and drove off. The guy and his companion then began throwing the pieces of the bench out of their fire pit—the punishment for their vandalism being that they could not enjoy the results of it, apparently. Soon after that, I saw them putting the pieces of the bench back into the fire fit again.

Sergei and Volodya did not return until the day was too far gone for us to pack up and make the trip to Irkutsk we’d agree on. This development was predictable enough that I didn’t even waste much time being mad. Sergei said that he and Volodya had spent all morning climbing the cliffs above Baikal, and these cliffs were so beautiful that I must see them immediately.

After lunch, he led me there. We climbed past the camp and well beyond the village to a point where pale, columnar cliffs rose spire-like above. Single-file, we started up. The rock had interstices and eroded places through which a hand’s-breadth of trail snaked, mostly along the side closer to the water. I admired Sergei’s quick footwork; mine was more uncertain, and at one or two places I got down on all fours.

ake Baikal, immensely blue, occupied the entire space on our right-hand side, clear to the horizon. At the top of a spire we stopped, and directly below us, maybe fifteen stories down, a naked couple was swimming in the water of a clear, almost tropical greenish-blue. We could hear the woman laugh; her figure was Rubensian. In another moment they ducked into a grotto, maybe releasing we were there.

At a distance in from the cliffs, a gravel lane ran along the lakeshore to a bluff where a gray-and-white observatory, all angles and planes, like a piece of modernist sculpture, leaned its notched profile to the sky.

I said we should check out this observatory and Sergei said sure, so we hiked up to it and knocked on the door. An astronomer named Elena Kossumova answered and invited us inside.

She had short, honey-blond hair, wore a white lab coat and spoke flawless English I now expect from every Russian in the sciences.

Her colleague, Victor Trifonov, a thin man with prominent teeth and a big smile, wore a baseball cap with FSB on it and below that, FARMERS STATE BANK; he said he had been given the hat on a trip to Athens, Ohio, the year before.

Ian Frazier is the author of Great Plains, The Fish’s Eye, On the Rez, and Family, as well as Coyote v. Acme and Dating Your Mom, all published by FSG. A frequent contributor to The New Yorker, he lives in Montclair, New Jersey.

Buy this book on Amazon Travels in Siberia. 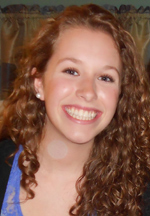 Malea Ritz is a former editorial assistant at GoNOMAD. She lives and works in New York City.