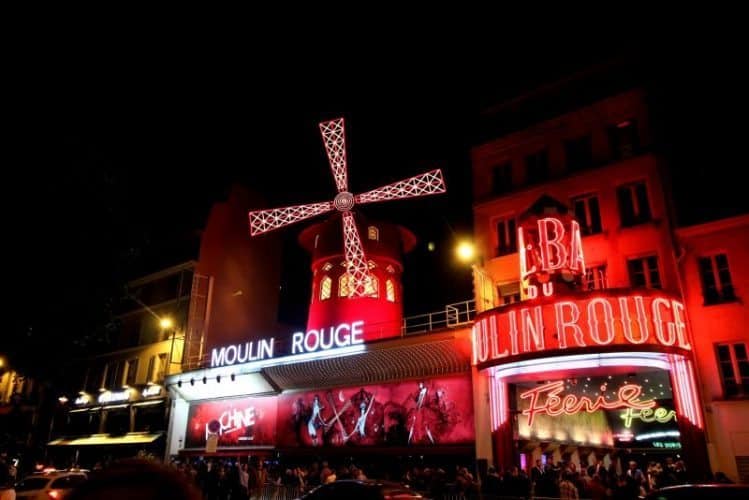 Before there was social networking, there was Jim Haynes. Haynes doesn’t have a shy bone in his body, though he has the greatest compassion for those of us who do. Everyone in the world wants to meet everyone else in the world, he believes, “as long as they are tenderly introduced.”

Haynes has dedicated his life to making such tender introductions, first in his career as an international avant-garde arts impresario and for the last three decades at the legendary Sunday night dinners he holds in his Paris atelier in the 14th arrondissement.

Everyone is invited, including you, should you be one of the first 70 to 100 people who call or email to reserve a place. (There is no formal charge, but a donation of 25E is suggested to cover the cost of the three-course meal, including wine and beer.)

A Louisiana-born American expatriate, Haynes fell into extreme hosting in 1978 when a houseguest offered to cook dinner for a group of Jim’s friends. The event grew, first by word of mouth and then following numerous media reports, including Haynes’s own description of the dinners on NPR’s “This I Believe” series.

“If I had my way,” he said in that broadcast, “I would introduce everyone in the world to each other.” He is trying. Over the years more than 130,000 people have made their way on Sunday night to the former sculpture studio at 83 rue de la Tombe Issoire. Yoko Ono dropped in once, as did Germaine Greer.

I’m as nervous as the next person about walking into a room full of strangers but Jim greeted me so warmly that I felt as if I had at least one friend at the party. Although things were already in full swing when I arrived, he was easy to spot, in his signature party attire of blue-and-white checked butcher’s apron.

His abundant white mustache invites comparisons to Mark Twain and his rectangular half-glasses would look right at home on Santa Claus.I learned of Jim Haynes’s 33-year dinner party on one of the many English-language blogs about life in Paris.

Intrigued, I emailed to ask if there might be room for me on a Sunday I planned to be in the city. Jim responded with a friendly note saying the guest list was full but that if the weather was fine the party could spill out into the garden and there would be room to squeeze me in. Fortunately, the predicted rain never arrived, so Sunday afternoon Jim emailed me directions and the entry code to the front gate.

From his perch on a kitchen stool in the middle of the room, Haynes lobs introductions right and left. Each week he makes a point of remembering the names of everyone on the guest list, where they’re from and what they do. “Fortunately I have an excellent memory,” he says.

Everyone at the party speaks English, at least as a second language. And, as Haynes assured me, “All the people who come here have made the statement that they’re willing to talk to others.” The guests are a diverse crowd, locals, ex-pats, and tourists from all over the globe and in all stages of life, ranging from students to retirees. Haynes usually knows around half of them personally; the rest he’s never laid eyes on.

A Crowd of Conversationalists

The night I went, I ended up talking to an art dealer from Pittsburgh who said he was in Paris to sell a Picasso that had once belonged to Proust; a Russian artist named Ilya, who invited me to a gallery opening of his paintings; and a Scottish cook who described how he had succeeded in scoring a job in a Paris restaurant and what it was like to work there.

Everyone had a story. The food was served by Seamus McSweeney, a translator and critic from Ireland who was passing through Paris 30 years ago on his way to Japan but never quite made it. He’s now raising money to start a school in Kenya, Jim told me. The cook for the night was Mary Bartlett, one of a rotating crew of volunteer chefs.

In 2007, she and two of the other regular cooks collaborated on Throw a Great Party: Inspired by Evenings in Paris with Jim Haynes a cookbook that distills the wisdom of many Sundays of cooking for the multitudes.

The recipes, like the guests, are an ethnic mélange, from Moroccan chicken to New Orleans red beans and rice to seafood paella. Much of the produce for the dinners comes from a friendly fruit and vegetable stand just outside the front door of the atelier.

Haynes credits the cooks with making the Sunday dinners work, but a more likely source of their longevity and success is his own Pied-Piper charisma. He is, as one of his friends described him, “pathologically generous… a combination of Tom Sawyer, Andy Warhol and Mother Teresa.”

His capsule biography includes starting a bookstore and an experimental theater in Edinburgh and helping to found the Fringe Festival there before moving on, to London, to Amsterdam, and finally Paris, where he settled in.

He taught at the University of Paris for 30 years and has written or edited 10 books, including a two-volume autobiography. He also founded Handshake Editions, a kitchen table literary publishing house, and in the 1980s invented an entirely new genre of travel guide that anticipated social networking.

The People to People guides to nine countries of Eastern European and Russia consisted of town-by-town directories of individuals who were prepared to help or host travelers. The listings included their interests, hobbies, occupations, languages spoken and even addresses and phone numbers. The series motto: “The people in this book want to meet you.”

Jim Haynes lists his own address and phone number on his website, along with an email contact. If you’re on your way to Paris, go ahead, call him up or send a note. Get yourself on the list for one of his Sunday dinners. And be prepared to meet the magical Louisianian whom a British journalist called “one of the friendliest people on earth.”

How to get an Invite

The instructions for attending the dinners, as posted on the website:

Dinners are held on Sundays at 8 p.m. sharp. If you’re planning to come to a Sunday dinner: Send Jim a message now, using the form on this page to make a reservation, and tell him the names of all who wish to attend (and their genders) plus, of course, the date.

Jim will answer you by e-mail with directions. Then, on the Sunday morning of your reservation, you e-mail or telephone before Sunday 4 pm to confirm and to get any last-minute instructions.

If you do not confirm before Sunday 4 pm, he will consider you are not attending. 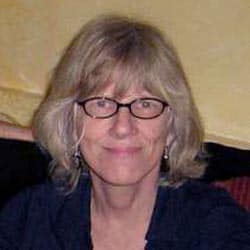