Wiltshire Might be the Town with the Most Secrets in England

One of the most spectacular regions in the world, Wiltshire, in Southern England, is famous for the “unexplained.”

UFOs, crop circles, standing stones, and white horses in the mountain-side are topics of mass conversation and much speculation.

UFOs have been recorded in the region for centuries, but one of the most memorable experiences was in the 1960s when the small town of Warminster became the epicenter of a phenomenon called “The Thing.”

It began in 1963 when residents heard a loud, unidentifiable whine in the sky at night. No one saw anything, but word spread and soon people began to fear it.

In the year that followed, there were more than a thousand sightings of UFOs and these continued for more than 10 years, as Warminster became a place of pilgrimage for people searching for the truth.

Since the mid-1970s, reports have been slowed to just a few sightings every year.

Another popular unexplained mystery is Crop Circles. Although, these are not exclusively Wiltshire phenomena, more appear here than anywhere else in the world.

I’d heard a lot about the crop circles of the region – ancient images carved in stone reveal evidence of crop circles dating back to AD 800.

Since the 1980s, the circles have manifested in large numbers; they first appear in April each year in corn and canola. Barley comes next, then oats and wheat. Often after harvesting, a green replica is formed as a result of seeds being trodden into the ground by visitors.

The circles range in size, with the smallest recorded at six inches, while the biggest had 409 circles measuring 787 feet in diameter.

Many people have experienced physical effects while visiting the circles, including losing time, nausea, vomiting, and headaches. I thought it was quite scary when I read it’s not recommended for anyone with a pacemaker, or anyone who is pregnant, to go near them.

Visitors are also warned to leave the area immediately if they begin to feel unwell. Some people have even come away from the circles believing in miracles – with illnesses mysteriously cured.

As with everything, there are plenty of theories as to how the crop circles come into existence – the most popular is alien invasion.

Pilots have reported seeing the circles just minutes after others have flown over, reporting nothing.
While some are undoubtedly man-made for TV ads, shows or hoaxes, there are others who seem to have no explanation at all.

Investigators are able to tell the difference because the real circles have a mathematical precision that is beyond belief, something man-made or hoaxed circles lack.

A popular question is why Wiltshire is so prone to this phenomenon. Some have suggested it’s because of the county’s litter of monuments, ancient pathways, burial grounds, and stone circles.

Others believe the circles are merely performance art to attract tourists. It remains another unknown mystery.

Driving into the region from the north, we stopped first at Avebury.

Avebury is a prehistoric landscape of standing stones, dating to around 2600 BCE. Situated on approximately 28 acres, Avebury is made up of a huge circular earthwork ditch – originally about 30 feet deep – and a bank about a quarter of a mile in diameter, which encloses an outer circle of standing stones.

Within this outer circle are two inner circles, both around 340 feet in diameter, which is believed to have been temples.

The stones are from Avebury Hills, just a few kilometers away, and many have heads carved into them, which face sunrise or sunset at particular times within the year, corresponding to known dates in the ancient agricultural calendar.

It’s believed Avebury originally consisted of 154 stones, of which only 36 remain.

In the 17th and 18th Centuries, stones were removed to make way for crops. They were broken up and used to build houses, or simply demolished. In the 14th century some of the stones were buried to protect the people against pagan practices.

Many of the stones have their own stories, like the Swindon Stone, which is the largest and weighs about 60 tons; the Devil’s Chair to which local legend attributes mystical powers, such as the ability to summon the devil if you run round it 100 times anti-clockwise; and the Repaired Stone, which has been reconstructed in an odd shape.

Studies of the theories behind Avebury’s construction only really began in the 1980s and will continue many years into the future, but it’s possible the truth will never be uncovered.

Standing right up close to the massive stones, I could only wonder at the thoughts going through the minds of those who built it. What was on the mind of the creator? Whose idea was it? Why? And how amazing it is, that these stones have stood the test of time to create this wonder we view today.
40km south is Stonehenge – the most famous stone circle in the world.

Getting there, I passed by Silbury Hill – a manmade mound thought to have been built around 2600 BCE. Out of place with the rest of the landscape, Silbury Hill consists of more than 12 million cubic feet of chalk and earth and measures around 40 meters (131 feet) high.

It would have taken around 18 million man-hours to build it. Its original purpose is the mystery, with suggestions it is a symbol associated with fertility rituals, or that it was used as a solar observatory created by shadows cast by the mound, facing towards Avebury. No matter the theories, Silbury Hill is another unsolved mystery in the history of the Shire.

Further along towards Stonehenge are the famous White Horses of Wiltshire. Two-thirds of the county lies on chalk, part of the Southern England Chalk Formation, and cut into the chalk hillsides are eight figures (originally there were 13) which have been an important symbol for centuries.

The exposure of white chalk beneath the green hill grass provides an extraordinary sight. It’s believed some of the horses were derived from early horse worship in prehistoric times by the Celts, Romans, Saxons, and Danes; while others are linked to political satire.

The oldest horse is believed to date back to 878, dug out to honor King Alfred’s victory over the Danes in the battle of Ethandune – however, this was replaced in 1778 and has been restored several times since.

The only problem is, historians can’t agree on whether or not the battle even took place in the vicinity – and so the true origin of the horses remains unknown.

A few minutes from Stonehenge is Woodhenge, originally a wooden structure similar to Stonehenge. It’s believed to have been set up around 2000 BCE for ceremonial use.

Today, concrete posts mark the positions of the original timbers, evidence for which was obtained by excavation. There are a number of similarities to Stonehenge – both have entrances facing the midsummer sunrise, and the diameters of both circles are also similar.

As with everything in Wiltshire, there are a number of theories for the origins of Woodhenge – including a sacrificial burial ground or the burial ground for a Celtic royal family; however the study of Stonehenge has overshadowed any real breakthroughs.

Walking through the eerie construction, I listened to the theories about its purpose. It’s still unsure the purpose Stonehenge served, but scientists and archaeologists throughout the world are still trying to find out with new theories and evidence emerging.

Stonehenge is believed to have been built in three stages – the first of which was a circle of timbers surrounded by a ditch and bank.

Deer antlers, believed to have been used as pick-axes, were found during excavations and testing has shown they date back to around 3100 BCE. There are also 56 holes, named Aubrey Holes after the 17th-century antiquarian who found them, which date back to 3150 BCE.

The second stage is believed to have commenced around 600 years later, in around 2500 BCE, when it was rebuilt – this time using bluestones. These came from the Prescelli Mountains in South Wales, 380 kilometers (236 miles) away.

Floating the Stones down the River

The five-ton stones would have been dragged down to the sea, floated on huge rafts, and brought up the River Avon and, finally, overland to where they are today. It would have required unbelievable dedication from ancient man to bring these stones all the way from Wales. Sarsens were also brought down from nearby Avebury Hills.

In about 2300 BCE, the stones were dug up and rearranged and this time even bigger stones were brought in from the Marlborough Downs, 32kms (20 mi.) away. You can still see the drag marks today.

Each pair of stones was heaved upright and linked on the top by the lintels. To get the lintels to stay in place, joints were made in the stone – the first known woodworking techniques.

The heaviest weighed around 45 tons, and the mystery as to how they got the stones to stand upright, it still unknown.

Over the centuries, there has been much speculation about the meaning of the stones and theories have ranged once again from alien encounters, to celebrate the marriage between earth and sky, to calendars of the stars.

The biggest breakthrough, however, was in January 2007 when excavations uncovered a village near Woodhenge, believed to be linked to Stonehenge.

Dozens of homes were found dating back to the late Stone Age period when the stones were erected, strongly suggesting the monument and settlement were a center for ceremonial activities – with Stonehenge most likely a burial site.

The finding, at Durrington Walls, suggests a surprising level of social organization and ceremonial behavior to complement the stones. The houses, measuring 14 feet square, were found to have a central hearth, remains of wooden box beds and were scattered with human debris.

An Avenue to the Avon

An avenue 100 feet wide leading to the River Avon was also uncovered – mirroring a similar path leading from Stonehenge to the River – leading researchers to conclude a connection between the two sites, perhaps as part of funerary rituals.

This is supported by another discovery of around 250 cremated bodies at Stonehenge, making it the largest cemetery of its time.

It’s still unknown who the inhabitants were, with earlier investigators theorizing it was Celts, Gauls or Egyptians, but it’s now believed to be migratory Britons, with at least one exception – one of the cremated remains found at Stonehenge were of a man from the foothills of the Alps.

The discovery of pig remains surrounded by arrowheads at the village site, suggests a festival and feast, leading to the theory that while Durrington was for living, Stonehenge appears to be a monument to ancestors.

It is certainly the most promising discovery to date, but the true and complete origins of Stonehenge may never be completely solved. If they were, I don’t think the site would remain as popular.

Wiltshire has a special past and its unsolved mysteries will keep it distinctive into the future. The unknown is the biggest thrill. 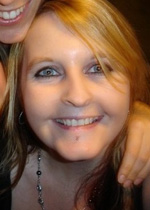 Tara Downey has been writing since she could pick up a pencil. She has worked as a newspaper reporter and a communications officer and has traveled extensively throughout the world.