Unique Pageant of the Masters in Laguna Beach

Nothing else like it exists in the world. Nothing else even comes close. Paintings come to life at the Pageant of the Masters in Laguna Beach, California.

You can’t look it up on TripAdvisor, or see videos on YouTube. No, you just have to see it in person, in wonderful Laguna Beach California.

Each evening during the summer season, classic and contemporary works of art are faithfully re-created with theatrical illusion and real people posing as living pictures – tableaux vivants.

Art comes alive under the stars in the Pageant’s outdoor amphitheater as mind-bending human paintings are presented in coordination with original music, live narration, extravagant sets, and detailed costumes.

This year’s show, “Wonderful World,” is a love letter to the joys of travel and the wondrous art to be found in every corner of the globe.

“Having been exclusively focused on American art last summer it was time to broaden the array of the artwork we could present,” Diane Challis Davy, producer/director of the Pageant of the Masters, now in her 26th season, told GoNOMAD of her choice of theme.

“Travel is an enriching activity and I’m glad that art lovers can once again travel abroad to visit historic sites and art museums.”

Each night in the Irvine Bowl amphitheater audiences will be transported around the world to 17 countries during the 90-minute performance.

From the French Riviera to Australia, Venice, China and Zimbabwe, a kaleidoscope of international art transports Pageant-goers to distant lands for cultural celebrations and seasonal festivities, ancient and modern.

Audience members partially follow the footsteps of one of history’s great travelers.

“One of my favorite heroines who provided inspiration for this year’s Pageant is the intrepid American journalist Nellie Bly,” Davy said. “In the 1890s, she attempted to travel around the world in fewer than 80days, the challenge imagined in Jules Verne’s fictional classic Around the World in 80 Days. We’re researching her travel logs, diaries and ephemera related to her ambitious solo journey.”

“It’s a very joyous and exuberant show,” Davy added. “I want everybody to take a 90-minute escape from strife, but also give them hope that there can be world harmony in the form of a celebration of art, music and dance.”

Pageant of the Masters: History

Tableau Vivant traces its origins back to the Middle Ages when nativity scenes and other Bible stories were reenacted on stage and on wagons in parades and festivals.

Later in the 18th century, the tableaux were amusements for the aristocracy based on classic paintings and sculptures of antiquity.

Laguna Beach got into the act in 1933 thanks to Lolita Perine, a local resident who coaxed her friends into posing in a “Spirit of the Masters” Pageant. This pageant saw volunteers costumed as characters in famous works of art marching downtown along Coast Highway before appearing, one at a time, inside a tiny, booth-like set, holding their poses.

Two years later, the event took on the name it’s known ever since, Pageant of the Masters, and began evolving into the spectacle it is today. The presentation has always coincided with the Laguna Beach Festival of the Arts which debuted in 1932.

The Festival of Arts and Pageant of the Masters has taken place annually with the exceptions of 1942-1945 due to World War II and in 2020 because of the COVID-19 pandemic.

One that Almost Got Away

One close call, however, almost destroyed the entire production.

Former Pageant director Glen Eytchison and a small group of Festival and Pageant staff members heroically battled flames as wildfires rushed down the canyons and threatened the Festival grounds and Irvine Bowl in October 1993.

Aided by a single fire truck arriving just in time to save the stage house and other structures, the show would go on. Or would it?

Ironically, a downpour two weeks later sent a devastating avalanche of mud and ash cascading down the blackened hillsides; the orchestra pit was flooded, the back wall of the Pageant’s production offices, makeup and costume areas and research library blown out and inundated.

More than $500,000 in damage was done, but again, thanks to the extraordinary efforts of an army of volunteers and staff, repairs were completed and the 1994 Pageant went on as scheduled the next summer.

Volunteers have always been the engine driving Pageant of the Masters. Roughly 500 volunteers annually contribute something on the order of 60,000 hours of their time combined to successfully stage the event.

Roughly half of the tableaux vivants actors return to participate year after year and about  1,000 people try out. In addition to those seen by the audience, volunteers behind the scenes include 70 makeup artists working under a makeup director to help cast members to their characters.

There’s a costume director in charge of a team of stitchers. It can take upwards of an hour to prep cast members into full makeup and costume for a living picture.

A technical director designs and oversees set construction which begins in November followed by a casting call in January and rehearsals which start in February.

Visiting Pageant of the Masters

Today, more than 225,000 people attend either the Festival or Pageant. It’s this response that keeps Davy coming back year after year.

“The audience reaction has been enthusiastic and encouraging – and there are always more stories to tell,” she said.

Technological advances have allowed the Pageant’s presentation to evolve throughout the years and now the incorporation of video elements enhances the storytelling and entertainment value.

So, why the ongoing appeal?

Tradition helps. For many audience members, attending the Pageant is an annual practice no less important than celebrating birthdays or holidays. And, it is unique.

There aren’t local living picture presentations in San Diego or San Francisco or Chicago or Miami. That makes Pageant a once-in-a-lifetime pilgrimage in addition to an annual tradition.

“Perhaps we all share a secret desire to enter the magic world of an artist’s painting and experience a different era than our own,” Davy suggests. “Maybe that’s why Cosplay continues to be so popular?”

As always, Pageant of the Masters closes with Leonard da Vinci’s The Last Supper.

Tickets start at $30 per person (Including a season pass to the Festival of Arts Fine Art Show) No Photography or video allowed! 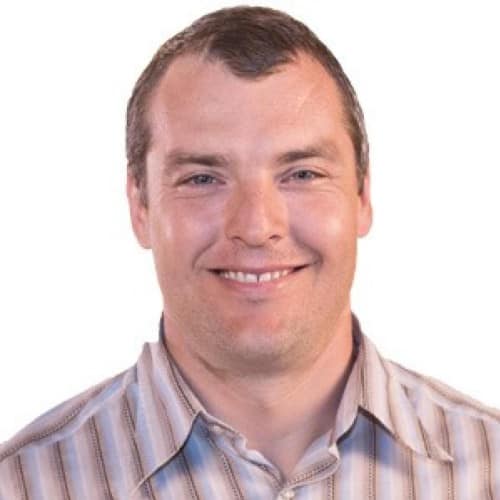 Chadd Scott is a freelance art, culture, and travel writer for numerous online and print publications. He co-hosts the “Welcome to Florida” podcast and founded www.seegreatart.art. He lives in Fernandina Beach, FL.