Heard Museum and Western Spirit: Scottsdale’s Museum of the West

Embark on an exploration of the history and culture of the western United States with visits to the Heard Museum and Western Spirit: 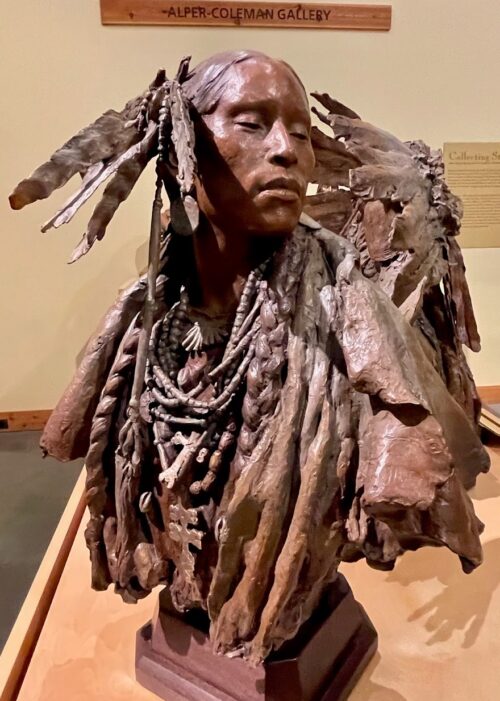 Scottsdale’s Museum of the West.  These two museums are interesting and enjoyable outings when visiting the Phoenix, Arizona area.  You will experience the art and culture of Native Americans and western settlers.

In the early twentieth century, Dwight Heard invested in large tracts of land in the Phoenix valley.  He took part in three of the C’s of the Arizona economy: cattle, citrus, and cotton.  The Heards actively participated in the community and built a large home around an open courtyard north of downtown Phoenix.

American Indian artifacts became an obsession for them soon after they had arrived in Arizona.  They collected pieces from the area as well as on travels.  Soon the house overflowed with these artifacts.  Maie Heard considered building a place to house their collection but “feared that would be a bit presumptuous”.

However, her children encouraged her and work started in 1928 on a building designed by architect H.H. Green and located on the property adjacent to their home.

Unfortunately, Mr. Heard died in 1929 before it was complete.  Mrs. Heard carried on the dream and remained involved until her death in 1951.  At that point, the museum contained about three thousand works of art.  It has continued to add pieces and now houses about forty thousand.

Today you can enjoy the beauty of American Indian Art while learning about the culture and history.  The museum evokes southwestern architecture with white arches and porticoes encircling a courtyard with fountains and café tables.  Cross the bright sunny courtyard and enter the soothing coolness of the museum foyer.

To the right, you enter the main permanent exhibit HOME: Native People in the Southwest.  At every turn of the winding exhibit, floor-to-ceiling displays of pottery, baskets, jewelry, and textiles grab your attention.  The colors and patterns convey the differences of the land and people.

The gorgeous red pottery of the Maricopa reflects the red clay of their lands.  The O’odham baskets were originally made of willow when they lived near rivers.  In the 1900’s they lived in desert areas and adapted their baskets to yucca and bear grass.  Many of the crafts also changed in style as they shifted from personal home use to selling to tourists.

A vast array of Katsina dolls lines the walls of one room.  The Hopi believe that Katsinas are messengers from the natural world and their ancestors.  Young girls receive Katsina dolls as gifts for good health and fertility.  The dolls serve as daily reminders of their community’s teachings.

The second floor of the Heard houses the heartbreaking exhibit Away from Home: American Indian Boarding School Stories.  Starting in 1879 and continuing into the 1900s, the U.S. government opened boarding schools for Native children in an attempt to “civilize” them.  If the parents refused to give up their children the government withheld food and supplies or forcibly removed the children.

The schools aimed to assimilate the children by teaching them English and Christianity.  The children were punished for speaking their native language or exhibiting any of their natural customs.  Overcrowding and poor conditions led to a high rate of illness and death.  The schools failed to inform the parents when their child was ill or had died and had their own graveyards.

Many of the children, however, clung to their heritage and learned about other tribes they met at school.  They used art and music to find their own identities and brought their experiences to the outside world.

A few other galleries in the museum host rotating exhibits of arts and culture, such as Navajo textiles and Plains Indians dolls.  A sculpture garden offers some fresh air among a few elegant works.  Near the café is a small store with souvenir-type items.  Across the courtyard, however, the Heard Museum Shop is practically another whole museum.  Authentic native art, jewelry, pottery, textiles and more dazzle with their beauty and interest.  The prices range from tens of dollars to tens of thousands.

Western Spirit also showcases the art and culture of the American West.  Canvas of Clay: Hopi Pottery Masterworks highlights the incredible art perfected by the Hopi Indians and especially the family of Nampeyo.  The exquisite designs, colors and shapes of the pottery in this exhibit would fit in any museum of fine art. 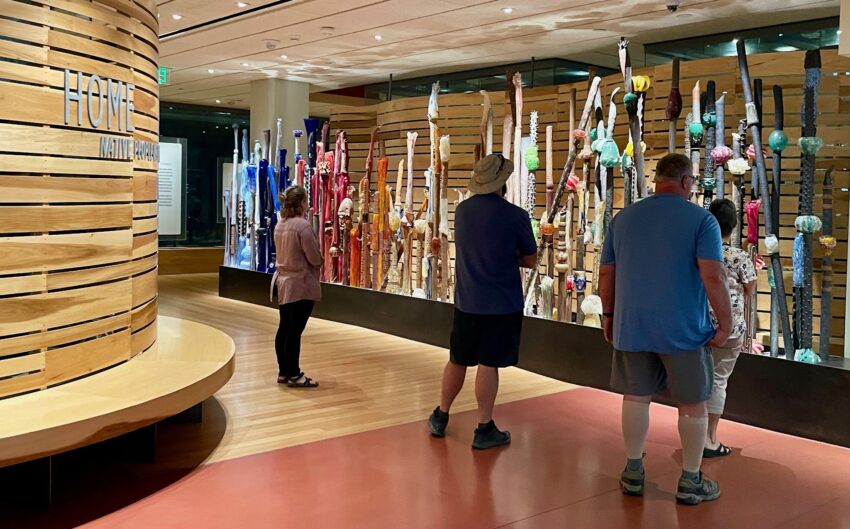 When Allan and Judith Cooke collected pottery they weren’t gathering artifacts but purchasing amazing works of art.  One of the artists was Nampeyo of Hano who lived from 1860 to 1941.  While other Hopi families transitioned to other more durable materials for vessels used in cooking and storing food, Nampeyo continued perfecting the clay pottery technique she learned from her ancestors.  She created new designs such as the “migration pattern” incorporating the shape of birds.

When Nampeyo started losing her sight, her daughters carried on her work.  Her other descendants also learned the craft and created bowls, jars and cylinders with vibrant colors and intricate designs. 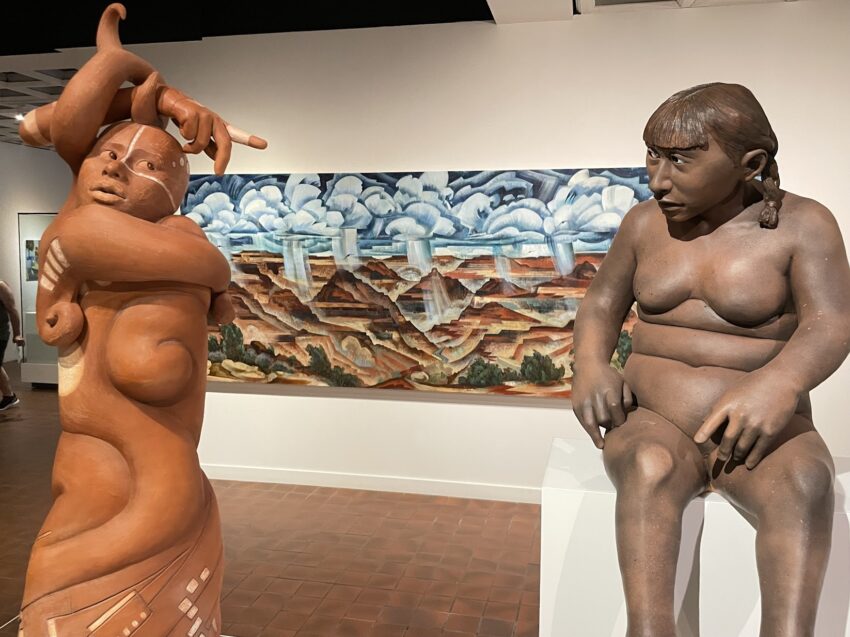 Another family collection occupies a large gallery in the museum.  Starting in the 1940s, the Abe Hayes family amassed all sorts of items that were used in the western states.  The Spirit of the West Collection enthralls visitors with floor-to-ceiling displays of spurs and holsters of all types.

Forty sheriff badges sit near a display of seven rifles and twenty-five revolvers.  You can’t try out any of the twenty-two saddlebags but can crawl into the Scottsdale Stagecoach. Old newspapers remind us of famous stories such as the capture of Bonnie and Clyde.  A façade of an old west hotel, saloon, and trading post makes you feel like you have gone back in time as you peruse items used in saloons and prisons.

The next gallery features the statues of John Coleman.  His bronze depictions of Native Americans are incredibly lifelike and detailed.  The exhibit includes a series of sculptures that replicate portraits painted in the 1830s by Karl Bodmer and George Catlin.

On your way to the stairs to continue your journey, you pass through a hall showcasing The Rennard Strickland Collection of Western Film History.  These posters, amassed over fifty years, show how western movies shaped our images of the west.

As you pass the life-sized bison, don’t miss the display of beaded gauntlets.  Native American tribes turned these utilitarian gloves turn into beautiful works of art.  The gauntlets became a fashion statement showing your connection to western culture.  Images of flowers, leaves and birds were meticulously sewn on with tiny beads of every possible color.

The open staircase of metal, wood and concrete exemplifies the stark but elegant architecture of the museum.  Details such as the textured concrete wall and exposed ductwork evoke an old west ranch.

Paul Calle’s Life of Exploration: From the Mountains to the Moon features a remarkable collection of a versatile artist.  Calle designed over forty U.S. postage stamps and painted portraits of famous people such as Presidents John F. Kennedy and Richard Nixon.  He also created vivid scenes of the moon landing and mountain men.  He often depicted the partnership of Native Americans and western trappers.  An interesting aspect of the exhibit shows various stages of Calle’s drawings alongside the finished paintings.

The final gallery hosts selections from the Peterson Family Collection with more than one hundred paintings, sculptures, and American Indian artifacts.  Works by the renowned western artists Remington and Russell are highlights of this exhibit.

The museum’s sculpture courtyard brings you back out into the warmth of the sun.  At the Water’s Edge, Herb Mignery’s life-size bronze sculpture of a Native American bending toward a stream of rocks is a highlight of this garden of western life.

A fabulous dark wood bench spans twenty feet along one side of the garden.  It was crafted out of a Ponderosa Pine that weighed nine thousand pounds before the branches and bark were removed.

A three thousand pound steel beam base keeps the trunk in place.  Multiple layers of a mixture of vinegar, steel wool, and dye weatherized the bench giving it a dark glossy beauty.

When visiting the Phoenix area, the Heard Museum and Western Spirit: Scottsdale’s Museum of the West offer an interesting encounter with western American art and culture.  You can gaze at amazing art while learning the history and culture of our country. Take a break from the heat and spend some time at these amazing museums. 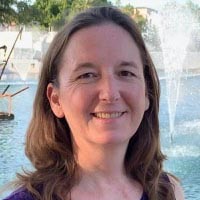 Judy Karnia lives in the Old Town area of Scottsdale, AZ, and has traveled throughout the United States and parts of Europe.  She most enjoys exploring new museums, art galleries, and parks.  Having grown up in inner-city Chicago, urban areas feel most like home.  After 27 years as a veterinarian, she has embarked on a new career as a travel writer, forest therapy guide, and life coach.