Peace Monuments Around the World

As the world slowly reopens, we are reminded of the amazing feats the international community can achieve by working together in peace and harmony. Here are 10 of the most impactful peace monuments you can find around the world that call for and celebrate the work of peace.

What’s known as the Atomic Bomb Dome in Hiroshima, Japan is a sobering reminder of the dangers of nuclear war and atomic bombs. On August 6, 1945, the United States ordered the bombing. Many buildings were flattened, and over 140,000 people were killed.

Yet there was a dome-shaped building that withstood the blast and stood firm while everything around it turned into a pile of rubble. This dome has now become the Hiroshima Peace Memorial, a reminder of the atrocities of the atomic bomb and a symbol for the preservation of world peace.

The epicenter of World War II was the occupation of many European countries by Nazi Germany. One such country was Austria, which was ruled by the Nazis from 1938-1945. 65000 Jews who lived in Vienna died in Nazi concentration camps.

The Monument against War and Fascism, located in Albertinaplatz behind Vienna’s Opera House, allows visitors to remember the victims of war and violence. If you examine it closely, you’ll see the victims of the Nazi regime, and images of gas masks, slave labor, and other provocative imagery.

One of the longest-standing conflicts in the world today is between Israel and Palestine. But where the two sides seem worlds apart, two photographers who visited the region in 2007 saw their similarities. Israelis and Palestinians were not that different. They look the same and they sound the same.

So the two photographers created the Face2Face project. Portraits of people were taken and put up on both sides of the wall as an exhibition to show how similar they are. The photos were goofy and gave people reasons to smile and enjoy thinking about how much they shared with their neighbors, rather than focusing on all the reasons to hate one another. More detail can be found here.

While many monuments serve to remember atrocities of the past to remind future generations to do better, the Declaration of Unification Monument and the HWPL Peace Monument outside the Peace Institute in South Korea is making known the work of peace that is taking place today.

Led by Man Hee Lee, HWPL is a UN-affiliated peace NGO that does peace work internationally. Most notably, they struck a private-level peace agreement in Mindanao, Philippines, a region that suffered a bloody conflict that lasted four decades, killing 120,000 people. Their work continues through initiatives for writing peace and cessation into the law and bringing harmony among religions. Read more.

The Peace Monument that faces the United States Capitol in Washington DC tells an expressive story commemorating the lives lost in the US Civil War in the 1800s. Specifically, it was for the officers of the United States Navy who lost their lives serving and protecting their country. On this monument, Grief and History are personified by two women, with History writing “they died that their country might live.”

Outside the United Nations headquarters in New York City is a gift of peace from the late USSR. Unlike other monuments that preserve the memories of historical events, this bronze statue captures the Biblical promise in the Book of Isaiah the prophet. Isaiah 2:4 describes that men will beat swords into plowshares, symbolizing that there will be a day when tools for destruction will be molded into tools for benefit.

Few people realize that when crossing the U.S.-Canada border near Vancouver, they’re passing through a park and under a monument that commemorates a historic treaty.

The Peace Arch commemorates the open-border peace treaty between the U.S. and Canada that came as a result of the War of 1812. The area North and South of the Peace Arch are designated as state and provincial parks in both countries. You can read more.

In 1976, this traditional pavilion and massive bronze bell were presented by the South Korean government to the US as a gift.

It celebrates the bicentennial of the US and the friendly relations between the two countries.

The bell is ceremonially struck several times a year (including the Fourth of July and Korean Liberation Day).

The colorful pavilion features traditional Korean architecture, and the bell is sounded by using a large wooden log.

John Lennon and the Beatles used their immense fame and music for good, and John’s widow Yoko Ono commissioned this Imagine Peace Tower to commemorate John’s campaign for peace. Located in Iceland, the white monument shoots beams of light upwards to create a beautiful tall lower of light.

The phrase “Imagine Peace” is carved into the monument in 24 languages. The tower has been lit on specific dates every year from when it was first unveiled in 2007 and serves to remind the world to imagine a world of peace.

The call for peace is sometimes best conveyed by witnessing the atrocities of the past. One of the most brutal genocides in history took place in Cambodia between 1975 and 1979. Pol Pot and the Khmer Rouge killed upwards of 1.7 million Cambodians, which was 20% of the population.

This monument displays thousands of skulls of the men, women, and children who were murdered. By featuring the bones of those who were brutally murdered, this monument calls for peace and reconciliation in the future. 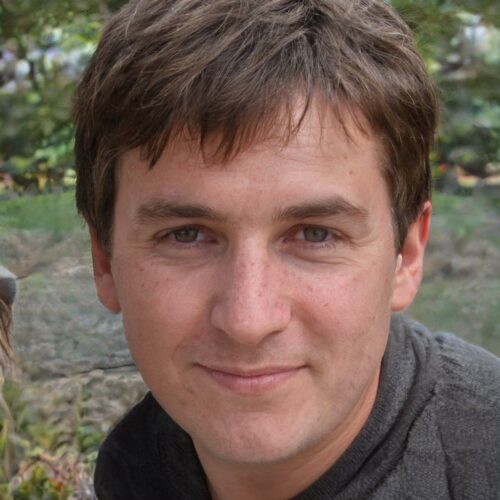 Brian Taylor is an ambassador for peace, working on various campaigns to educate the public on peace, bring religious leaders together, and volunteer in the local communities. scjus.org