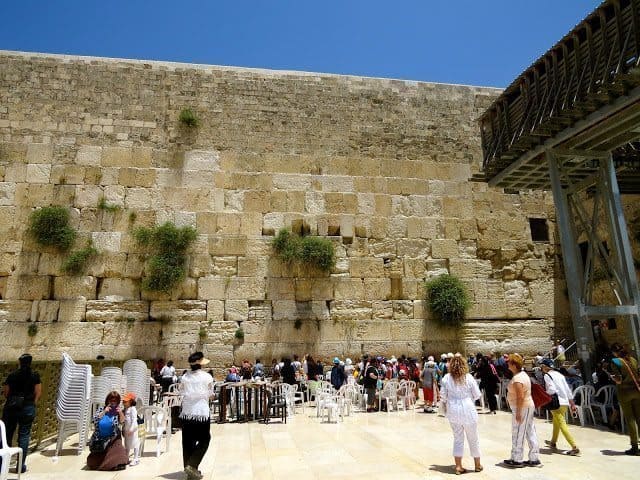 When most people are asked about Israel, they generally think of instability, war and terrorism, and religious problems. If you’ve ever been getting ready to go, you know the response you generally get. Some people think you’re crazy.

“Watch your back,” they’ll say. For some reason, the headlines and news networks have given Americans the impression that Israel lies in the middle of constant battles. This, fortunately, couldn’t be further from the truth, and it’s an ugly misconception that needs to be fixed.

Taglit-Birthright, an organization that was founded on the principle of giving a free trip to Israel for young Jews between 18 and 26, sends thousands of students and young professionals to Israel each year. This trip is a great opportunity for young people who otherwise would have no chance of seeing the Jewish state in their youth.

The trips run for 9 to 11 days and are meant to give a taste of Israel. There are so many things to do and experience — whether it be the culture, food, or history — that the hope is that the students will see the bigger picture, then come back some day on their own and explore the country more deeply.

Taglit-Birthright is also an apolitical group, meaning they don’t try to force you to believe anything. It’s entirely up to you to make up your mind based off of what you see. Though there are also choices for religious services, they are optional.

Though you typically have to be Jewish to go on the trip, you don’t need to be Jewish to enjoy Israel. As the meeting ground of Judaism, Christianity, and Islam, Israel has a tremendous wealth of culture and history—enough to keep you occupied for over two weeks.
The Tel Aviv skyline

Our trip started in the usual way, with a couple of days in Tel Aviv, the first Israeli city. Tel Aviv boasts the modernity and high-speed atmosphere that you would expect in a city like New York, but also has some history, despite its young age. Independence Hall, where David Ben Gurion announced the State of Israel in May 1948, is located in a historic and trendy part of the city.

Just down the road from Tel Aviv is the ancient city of Jaffa, where oranges have been grown for more than 3000 years. Jaffa was an important port city for the Egyptians, Greeks, Romans, and Ottomans.

Probably the best experience from this trip was the Mifgash program, in which eight Israeli soldiers joined our group for five days. For some reason, whenever I would hear about Israeli soldiers on the news, I simply imagined a whole unit of an army, and not an individual person. Meeting these soldiers really brought the truth home to me.

These soldiers are just like me, except that they are required to enter the military after high school and serve for three years. The soldiers that traveled with us were 19, 20, and 21 years old. They’ve already been through a war.

These guys don’t get to go to college right out of high school, and their reality is that they have to defend their country in order to survive. They would rather just live like normal kids, but they know they have to enter the military for their country.
The author, below right, meets with Israeli schoolchildren.

Every Israeli I came across was incredibly outgoing and friendly. If you didn’t speak Hebrew it wasn’t a problem because chances were someone could speak at least a little English. All street signs were in Hebrew, Arabic, and English.

We also got a chance to spend a couple of hours with some school children. Though the kids were a bit shy at first, they were overjoyed to meet Americans. For most of the kids, this was the first time they’d seen an American, and though they couldn’t speak English and I didn’t speak Hebrew, it was a really touching activity.

Again, it was humbling to realize that every child in that classroom will be a soldier in 10 years, whereas most American school children will be starting college.

Safety in the Holy Land

Despite a history of war and terrorism, Israel has one of the most efficient and trustworthy security systems in the world. Just to get onto the plane, we had to go through about four different levels of security (on the way back it was about five or six).

Every single tourist group has to have an armed guard with them at all times, and the guards are usually fresh out of the army and stay on top of everything. Still, no tourist group has been attacked since the War of Independence in 1948. There was no point in my nine-day trip where I felt unsafe.
Ancient Roman pillars and a modern electrical plant in the distance

One thing you notice as soon as you get to Israel is the presence of armed soldiers. Unlike America, uniformed soldiers walk around everywhere with loaded automatic weapons. Though all of the Americans found this disturbing and bewildering, the Israelis think nothing of it. This is simply another way of bolstering security.

There were some checkpoints near the Lebanese, Syrian, and Jordanian borders, as well as while passing through the West Bank, but the lines were not long and simply involved stating a destination.

This could have been because we were in a tour bus, and I can’t speak as to the checkpoint procedures for cars with Palestinian license plates, but this would be the experience if you were to travel by tour bus.

In an interesting twist, President Bush happened to be in Israel at the same time that we were, and this played an interesting part in our trip. Several of our events had to be pushed or changed due to security, and at one point we had to race to get into Jerusalem before the roads were all blocked off.

Security was intensified, as we saw at Yad Vashem, the Holocaust memorial. Our group was the last to leave before President Bush showed up for a private tour, and we could see Israeli and American Secret Service patrolling and putting in new security checks.

History in the Region

If you love history, then Israel is the place for you to get 3000 years of your fill. Almost anywhere you look, something has historical significance. You can take a day trip up north to Caesarea, where King Herod built a city for Pagans. Here you’ll find a Roman theater, Hippodrome, and bathhouses.
The view from Masada, showing the ancient Roman camp

These sights are right on the beach in a beautiful setting for sunset. Keep going north and you’ll head to Safed, an ancient holy city where the Kaballah was born. You can stroll through the mountaintop city and find some great art work and jewelry.

One of the biggest sights in Israel is the Dead Sea. Here you can float without trying, then jump into some mud to cleanse your skin. Tourists come from all over the world to cure their skin conditions at the Dead Sea.

Right next to the sea is Masada, King Herod’s mountain palace and last stand of the Jewish rebellion against the Roman Empire. The hike has two paths — one is part of the original ramp the Romans built to get to the top, and the other is the Snake Path, which is better for younger people with more endurance.

There is also a cable car to the top. Once you get to the top, you can see all the way to the Dead Sea, 2000-year-old Roman camps, and the former palace. It’s truly a beautiful place to spend the day, and it’s great to be up there for sunrise or sunset.

Though there are four holy cities in Israel, the most important is Jerusalem. Jerusalem is important to Jews, Christians, and Muslims, and as a result, this city has been changing hands for 2000 years, and much blood has been spilled there.

If you’re Jewish, your biggest thing to see is the Kotel, or Western Wall. This is the last remaining wall of the Temple Mount, the holy temple for Jews. The size of the wall is stunning, and allows you to imagine the size of the temple as it once stood.
The Dome of the Rock in Jerusalem

For Christians, a visit to Bethlehem and Nazareth are two big stops. There are also countless other spots throughout the walled city where big moments in Christianity have taken place.

For Muslims, the Dome of the Rock is sacred ground. The Dome was completed in 691 as a shrine for pilgrims. This is considered the 2nd most holy site in Islam, after Mecca. According to the Islamic faith, this is the spot where Muhammad ascended to heaven.

It is also important to note that Israel can be an expensive country. Though $100 dollars will exchange roughly into 350 NIS, you’re going to spend around 25-35 NIS on just a simple meal like shwarma or falafel. These are delicious meals, and prevalent everywhere. Drinks can also be a bit pricey, so it’s better to just buy some in a convenient store and share with friends.

Many stores and restaurants in Israel will accept dollars, but the change will be in shekels, so it’s better to exchange money when you get there.

Even if you’re not religious, it is still amazing to see these sights that have touched people for thousands of years. That statement can be applied for the entire State of Israel. Politics and other beliefs aside, Israel is a wonderful country with so much to offer, and it would make a great family vacation too. Hopefully, in the future the differences can be settled and more people will travel there to see the beauty and sights.

There are many websites and options for Taglit-Birthright, but I signed up with birthrightisrael.com.

We stayed in three hotels and one Bedouin tent camp,

We flew with Continental Airlines, which flies direct from Newark Liberty Airport to Tel Aviv.

Jon Brandt is currently volunteering as an English teacher in Cuenca, Ecuador. When he’s not working he tries to travel as much as possible. Check his blog Travel Guy.

Grenada: A Nation on the Rise