Montana Powwows – An Explosion of Color

I sat mesmerized as the North American Indian Days grand entry started, watching hundreds of Native Americans of all ages dance into the arbor one by one in an explosion of color.

From head to toe, each of them wore a distinctive dress representing their tribal heritage.  I tried to follow the mix of feathers, eagle claws, ribbons, beadwork, moccasins, buckskin, animal skins, and fancy shawls that swirled in front of me.

While the dancers were silent, the beat of several men pounding on a large drum while singing filled the air.

Their commanding voices sounded out in high pitched tones, not in discernable words but instead singing in vocables that sound like a war cry.

With camera in hand, I should have been shooting, but the experience was too overwhelming in color, movement, and sound to focus.  So I set the camera down, and just let my senses soak in this powwow, my all-time favorite summer events

Under Montana’s big sky.  For non-Native visitors, it’s a remarkable time to observe and learn about the Native American culture.

Powwows are annual family gatherings where bands of the same Native American tribal groups come together to reconnect and celebrate through ceremonies, competitive dancing, singing, and drumming.  Families set up camp at the powwow grounds, some using tents, trailers, or erecting traditional teepees.  They come fully prepared to hunker down for a few days, eating, sleeping, and socializing in their family camps.

Each of Montana’s seven reservations holds an annual powwow, with the most spectacular of these gatherings being North American Indian Days (NAID) and Crow Fair.   NAID takes place in Browning on the Blackfeet Indian Reservation in northwest Montana. The dates are always the second weekend of July.

Crow Fair takes place the third weekend in August in the small town of Crow Agency, on the Crow Indian Reservation in southeast Montana.  The Crow Fair is known as the “Teepee Capital of the World,” for the hundreds of white teepees that fill the powwow area.

Powwow weekends are full of exciting events.  Running concurrently with both of these significant powwows is the Indian National Finals Rodeo (INFR).

Sandwiched in-between the rodeo action is horse racing and the all-time favorite crowd-pleaser, the Indian Relay. The rodeo and powwow grounds at NAID are next to each other, making it easy to move back and forth between the events.

Indian Relay brings spectators to their feet whooping and hollering.  Relay teams consist of three horses and four team members (one rider, one catcher or mugger, and two holders).

When switching horses, the rider must dismount without help from his team then jump onto the next horse, hopefully not losing control.

Four to five teams compete at the same time, with just a few feet separating them, guaranteeing there will be a few train wrecks as the riders switch horses.

History will say that the Spanish, starting with Christopher Columbus, introduced horses into the Americas on his second voyage to the North American Continent.  Eventually, horses found their way out West, where Indians would use them for hunting, travel, and warfare. 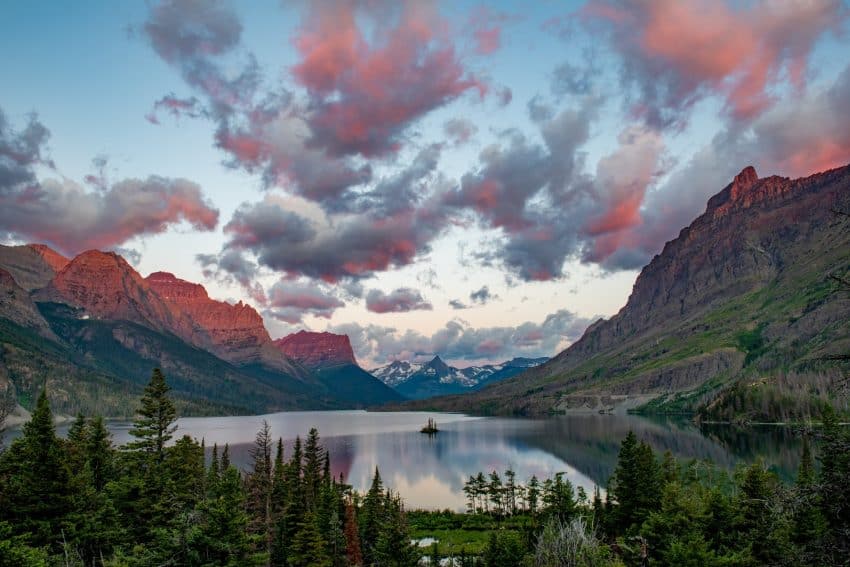 The location of NAID is a mere 15-minute drive from Glacier National Park’s east side, making an exploration of the Park for a few hours a spectacular option during this powwow weekend.  Glacier looks its summer best in July, adorned with carpets of wildflowers and cascading waterfalls, easily visible from the highways.

I always head into the Park early for sunrise photography, then take a drive up the epic Going-to-the-Sun Road, before I head back to the powwow and secure a spot in the arbor for the grand entry.

Dance the Night Away

All dancing takes place in the arbor, a circular event space rimmed with covered bleachers.  At both events, once all participants have filled the arbor during the grand entry, there are prayers, flag ceremonies, and other assorted announcements, then the dance competitions get underway. Money is the prize!

Contestants are divided into groups by ages, from elders down to tiny tots.  The style of dress determines the nature of the dance.  For men and boys, the categories are traditional, chicken, fancy, and grass.

Women and girls compete in a fancy shawl, buckskin, jingle dress, and traditional dance. The dancing goes on for hours, with a dinner break, followed by a second grand entry early evening, then competition resumes.

Outside of the arbor, food and drink (non-alcoholic) are available.   Some of the food vendors offer traditional Indian food – fry bread, buffalo burgers, and Indian tacos.  Typical carnival grub, such as corn dogs, cotton candy, caramel apples, and funnel cakes are available as well.

Native arts and craft booths are plentiful for those in the shopping mood.  Games and rides for the young ones are sometimes available on site.  The rodeo grounds offer food concessions, mostly limited to hamburgers, hot dogs, and nachos.

Unique to the Crow Fair is one of the most spectacular parades in the world.  Hundreds of Crows, most of which are on horseback, slowly wind their way through the powwow grounds mid-morning Friday – Sunday during the powwow.

Not only are the Crows parading in their colorful regalia, but many have their horses decked out in blankets, beadwork, and old-style leather saddles.

They ride with heads held high, displaying great pride for who they are and command respect from all who watch.  Following the horses, there is an array of cars and trucks covered in a mix of colorful blankets and animal skins.  Participants ride on the hood or top of the vehicle, which is moving at a snail’s pace.

Within a ten minute drive of the Crow Fair is the site of the Little Bighorn Battlefield National Monument.  On June 25 and 26, 1876, a battle between federal troops led by Lieutenant Colonel George Armstrong Custer fought against a band of Lakota Sioux and Cheyenne warriors.

By the end of the fight, around 262 cavalrymen, including Custer, lay dead, along with approximately 100 Indians. A drive across the battlefield with interpretative signage helps to put this historical event into perspective.  It is a sobering and bloody chapter in the settling of the West.  A museum with artifacts from the battle and a national cemetery make up the complex.

Montana is a must-see for everyone, but timing your visit to include a powwow is like frosting on the most delicious cake!   The photography options are endless, not only at the powwows but throughout Big Sky Country.  These Native celebrations afford visitors a deep dive into Montana’s Indian culture and traditions.

Watching the events unfold during these celebrations always piques my curiosity, so I’m not shy about asking questions of the locals. I’ve found that the participants are willing to chat when asked respectfully.   These sorts of conversations enrich the soul and help to dispel prejudice.

Be sure and check the status of either powwow before making travel plans, as Covid-19 may affect the events.   You’ll find me at these events – I try never to miss one! 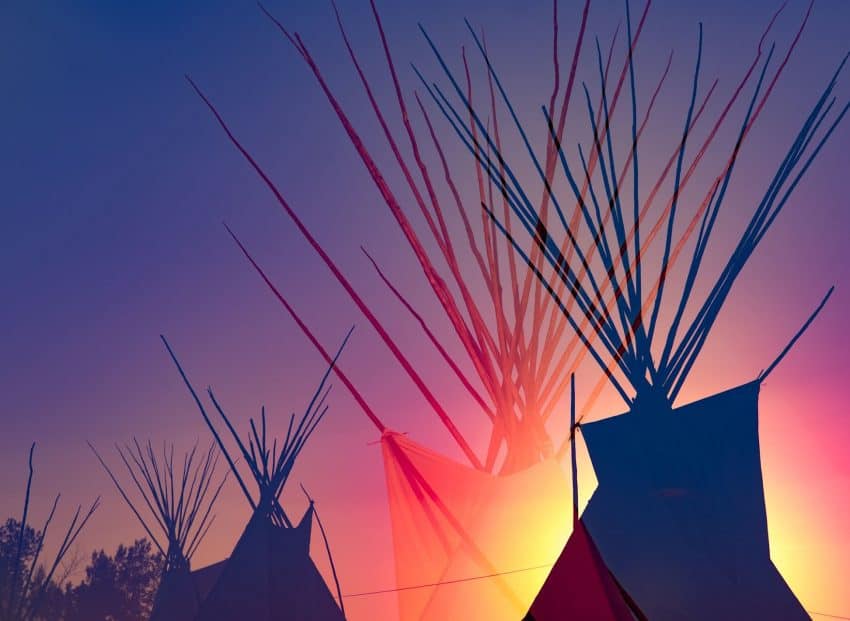 It’s easy to rent a car and then drive either through or around Glacier National Park to Browning.  My recommended hotel is Glacier Peaks Hotel, adjacent to the powwow/rodeo grounds.  Another option is East Glacier Park, 12 miles from Browning, where you can find a handful of mom and pop motels.

For Crow Fair, fly or drive to Billings, Montana’s largest city.  From there, it’s an easy one-hour drive on I-90 to Crow Agency.   There are limited accommodations in the small town of Hardin (10 minutes from the powwow).  My recommendation is to stay in Billings, where there are plenty of lodging options.