Brightline is undertaking a bold new project to connect Las Vegas to Southern California by a high-speed rail line. This project is meant to facilitate travel from Las Vegas to California, and company officials say that the construction of two new train stations will hopefully open up thousands of job opportunities within the area.

The cost of the high-speed rail link is proposed to be $5 billion and they hope to have it up and running in 2022.

The Las Vegas train station is currently planned to be built south of the Strip near the South Premium Outlets mall.

The Las Vegas Review-Journal reports that that station would span more than 273,000 square feet on land and would be two stories tall.

Plans for the first floor of the station would include a self-ticketing, departure lobby, office space, and baggage claim, while the second floor would have retail space, passenger waiting areas, and potentially some outdoor restaurants and bars.

Beside the station would be a seven story-tall parking lot planned to hold 2,680 parking spaces. A 138-foot-long pedestrian walkway would connect the parking lot to the train terminal.

On potential real-estate development resulting from the Las Vegas to Southern California rail line, SVP of Corporate Affairs for Brightline, Ben Porritt, says: “We have over 100 acres in Las Vegas and we own or control nearly 300 acres in the Victor Valley Region. In Las Vegas, we have shown preliminary site plans for our station but have yet to release any plans related to the rest of the development.”

Fortress Investments, a US hedge fund, is one of the investors. California Infrastructure and Economic Development Bank (IBank) has approved a $3.2 billion tax-exempt, fixed-rate revenue bond to Brightline and their affiliate DesertXpress Enterprises LLC to launch their project.

This money will be put to use on the 135 miles of land on the California side of the rail line.

In order to begin construction, Brightline must receive a “record of decision” by the Federal Railroad Administration. Despite this obstacle, the company has already started gathering materials and equipment for the rail line.

In addition to influencing the economy and creating new jobs along the rail-line, Brightline hopes that this project’s success, along with the success of a completed rail line connecting Miami to West Palm Beach, and soon, Orlando, will open up the rest of the United States to the construction of more rail lines throughout the country.

Construction on the project is set to start later in 2020, and Brightline plans on having the rail line ready for the public by 2023.

The up-and-running train station in South Florida has made transportation in the area much easier, as travelers can now avoid driving on Interstate 95 or the Florida turnpike and instead take a more relaxing train ride.

The West Palm Beach train station is located in the best part of the city, close to all the stores, restaurants, and beaches one would desire to visit.

Just blocks away from the train station are the Palm Beach convention center, the Kravis Center of Performing Arts, and the Norton Museum of Art.

The Miami station has had a huge impact on the city in a short period of time. Located in downtown Miami, it is close to the Arts and Entertainment District and the American Airlines arena, making it the ideal destination for people who want to see a concert or live sporting event.

Regarding the real-estate development that has occurred in the Florida area, Ben Porritt says: “Brightline has sparked development in and around our stations in Miami, Fort Lauderdale, and West Palm Beach. In Downtown Miami, there have been over 20 new projects announced or developed since we launched construction on our train station.

We’ve seen similar development in West Palm Beach including nearly 1,000 new apartment units within a half-mile of our station.”

Brightline isn’t content with ending their rail line in West Palm Beach. A 170-mile extension to Orlando National airport is in the works along with additional expansion into Boca Raton, Aventura, and Port Miami. 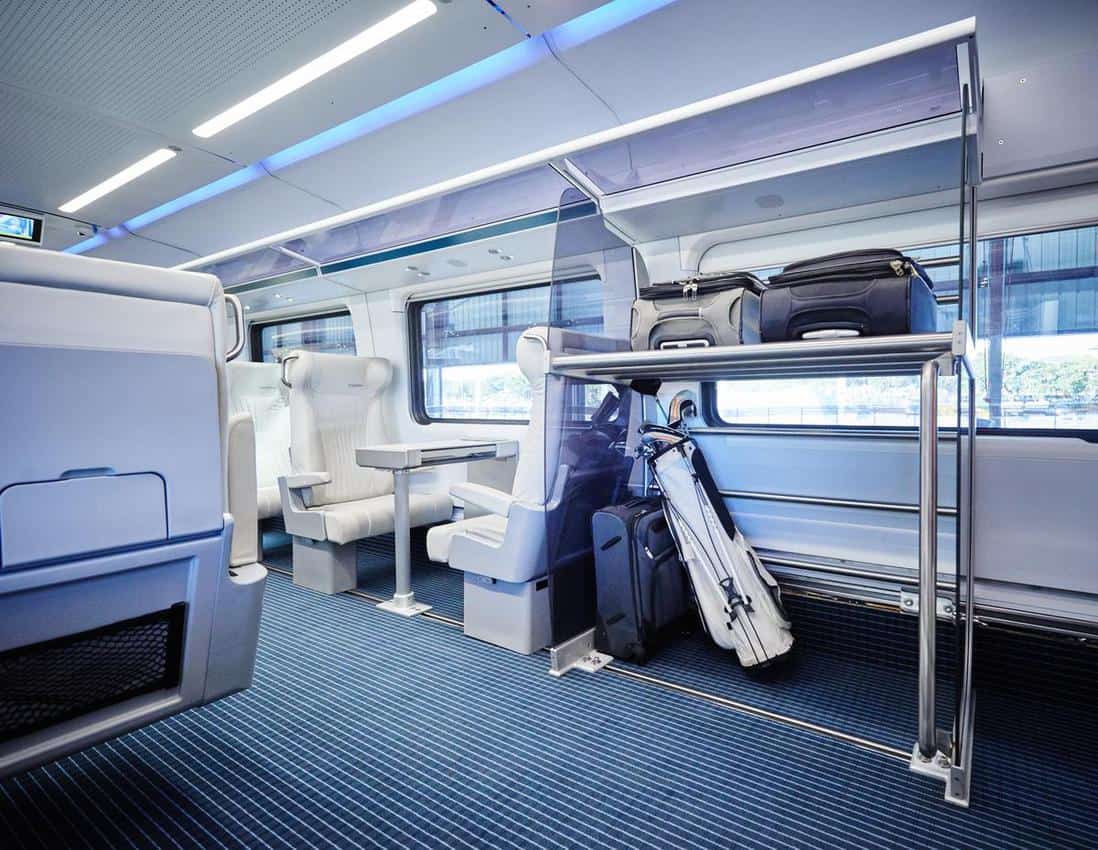 As of now, Brightline is focusing most of its efforts on building the Las Vegas rail line and adding to the Florida rail line.

On the topic of future developments, Porritt says “there are at least 10-12 city pairs across the country that fit the business model of too short to fly and too far to drive. Our model is connecting city pairs that are too far to drive and too close to fly.”

It will take a tremendous amount of time and effort to build and update the Florida and Las Vegas projects alone, but Brightline seems to be up for the challenge.

If these two rail lines are successful and the need for more rail lines grows,  Brightline could be making travel easier all across the United States.