Russia’s Most Westerly Outpost where Birds are Tagged

No, this is not another sinister ploy by The Twits to catch the Roly-Poly Bird, but Rybachiy bird observatory on the northern tip of the Russian enclave of Kaliningrad.

Flanked by pine forests on one side and a tranquil lagoon on the other, the observatory is located halfway down the Curonian Spit, a UNESCO World Heritage site which starts in Lithuania and runs directly south to the former Soviet region.

It’s also the perfect stop-off point for birds migrating to northern Africa during spring and autumn.

Established in the 1880s by German ornithologist Johannes Thienemann in the village of Rossitten, when Kaliningrad was part of East Prussia, to track bird movements, it was since taken over by the Soviets after their invasion in 1945 and renamed Rybachiy.

Having survived decades of political change, from the days of Gorbachev and Yeltsin through to present-day incumbent Vladimir Putin, it’s today one of Europe’s most important centers for studying bird migration.

As Mischa explains, the birds fly into and are captured in a massive net and then tagged with rings around their legs.

Aligned with the prevailing winds along the lagoon’s shores, the 100-feet wide by 50-feet high structure channels the birds into an adjoining 200-foot long net which then funnels them into a series of cages at the end.

After being ringed – a task which involves Mischa or another team member going into the cages and attempting to catch the frantically flapping birds – their particulars are taken down.

Plonked unceremoniously upside down in a cone-shaped tube with their legs sticking up, their species, sex, and wing measurement are all recorded before they are then clipped with a ring carrying code and a number to call in Moscow, and released to continue their journey south.

A flock of crossbills is currently making an almighty racket fluttering around in one of the cages and Mischa reaches in and deftly grabs one to give us a demonstration of the process.

Then from nowhere, he produces a bat to show us some of the more exotic visitors they receive.

The rarest species they have caught, he says, is a peregrine falcon – the only one of its kind in the last 20 years.

Given the globetrotting nature of most of the birds who pass through, they have had recordings of siskins in Ireland, chiffchaffs in Norway, owls in central Asia and even a swallow which ended up as far afield as Durban in South Africa.

Venturing further along the Spit towards the Lithuanian border, we stop at a site aptly-named the Dancing Forest.

Here lies a thicket of strange-looking twisted trees, of which various theories surrounding their origins abound.

One is that the Nazis poisoned the soil before they fled; another that there is some weird geomagnetic force at play that caused them to grow like that.

Whatever it was, it certainly gives an eerie sensation to the place as you walk along the arboreal tunnel that snakes deep into the forest, feeling like you’ve just entered the Blair Witch Project.

Our last stop off before the border is the vertiginous 55-meter Vysota Efa dune where you can’t move for coach loads of the tourists from ‘big Russia’ taking selfies.

Stretching off in the distance, the rippling ribbon of dunes eventually give way to forest and fields, and the Baltic beyond, offering a spectacular bird’s eye view of this intriguing country.

Created by the Baltic winds and waves that buffet the west coast and the inland stretch of water on the other side, and anchored by centuries-old pine tree roots, the Curonian Spit is a remarkable geographical feature, stretching almost 62 miles in length by no more than two and a half miles wide.

While the Spit itself looks quite similar on both sides, venture further inland towards the capital, also known as Kaliningrad, and you discover a curious mix of medieval Prussian heritage and brutalist Soviet architecture sitting side by side.

Named after one of Stalin’s nastiest henchmen, Mikhail Kalinin, Kaliningrad, formerly known as Konigsberg, was founded by the Knights of the Teutonic Order in mid-13th century and to this day still maintains its proud history.

Three hundred miles west from the Motherland, sandwiched between Lithuania, Poland to the South and West, and the Baltic, this 15,000-square kilometre key Russian strategic foothold in the heart of Europe, bar a few Soviet monuments, is about as far removed from Moscow as you can get.

Yes, it has got the same grey concrete high-rise edifices and chaotic six-lane traffic systems which no doubt contribute higher insurance premiums every year.

But thanks largely to the RAF bombing in which the city was flattened, Kaliningrad is its own unique mishmash of lovingly reconstructed German landmarks including the ubiquitous red brick towers guarding the city walls, the pick of which is the Brandenburg Gate, and the grand gothic cathedral, the resting place of 18th century philosopher Immanuel Kant.

Then there are the drab 1970s Soviet-style buildings, the most notable of which is the imposing cube-shaped House of Soviets, erected on the site of a 13th-century Prussian castle demolished on Brezhnev’s order, watching over the city and its residents’ every move.

This hulking monolithic monstrosity once spruced up for a visit by Putin, has since fallen into disrepair with weeds poking out of the concrete gaps at the top and smashed windows throughout.

However, it’s said that the city’s council has designs on moving its HQ there one day.

The Prussians, however, had the last laugh on their Soviet occupiers with the edifice unable to be completed because of structural problems, standing as it is on the marshland of the castle’s moat.

However, you can’t escape the effect of Communism wherever you go.

Even the charming fishing village quarter with its quaint cobbled streets is flanked by dreary Brezhnev era high-rise apartment blocks.

And its population of just under one million is a melting pot from across the former USSR from Kazakhstan and Uzbekistan to Vladivostok and Siberia who were forcibly moved there after the ethnic Germans were kicked out by the Red Army at the end of World War II.

But there is no love lost, with many former residents’ descendants returning to pump money into the local economy via trade or tourism after 1991 when it reopened its borders, with German brands now back in vogue.

Wandering further along the Pregolya river towards the industrial port, we discover an array of ex-Soviet navy vessels, scientific research boats and a submarine moored up to the dock.

Kaliningrad’s Museum of the World Ocean

There’s also the fascinating Museum of the World Ocean which houses an early model deep-sea submersible and an adult sperm whale’s skeleton.

Other gems include Victory Square, dominated by the hugely impressive Cathedral of Christ the Saviour with its gold domes, which was built under Yeltsin’s order to the tune of millions of pounds, and the Cosmonauts’ Memorial, which recognizes the achievements of local space heroes Alexei Leonov, Yury Romanenko and Viktor Patsayev.

Dodging the plentiful amber stalls dotted around the city, we make our way back to the center.

Our last stop is the bunker museum, which the German generals retreated to as the Soviets moved in during the last days of the war.

It’s tucked away in a residential area off the main street, Lenin Avenue, but the anti-aircraft gun outside is unmissable.

Down below are a collection of well-preserved artifacts from WWII that tell the story of Nazi occupation, while propaganda videos playing on a loop focus on the Soviet liberation.

The only way out of Kaliningrad by rail is to mainland Russia and the big clock outside the station, steadfastly set to Moscow time is a reminder that Big Brother is never far away. 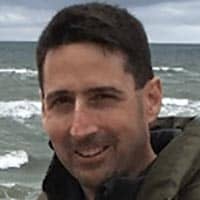