Celebrating a Quarter-Century of Romance, California style, in Pasadena

We were calling it a romantic weekend getaway, but that was hard to say without a little smirk. After two decades, two kids, city and suburban living, victories, defeats, smiles, and tears, just how romantic could we get, and where should we go?

For us, the answer was Pasadena. The city sits ten miles northeast of Los Angeles, with the gleaming backdrop of the San Gabriel Mountains. It’s a place with art and architectural history that impressed and inspired us, and as New Yorkers, our bar is high.

Mr. and Mrs. Art and Fashion

My husband Tom is an art director/photographer, and I’m a fashion stylist/travel writer (thus this story), and we share a love of art and design. I like nature and food more than he does, and he likes architecture, industrial design, and technology more than I do.

He chases light, I chase color. Pasadena delivered for both of us. We soaked up world-class museums while tripping around neighborhoods, checking out Westcoast craftsman masterpieces, mansion-cottages, and colonial homes.

Known worldwide for the Rose Parade on New Year’s Day, Pasadena is so much more than that! We discovered reasons to visit the city during the other 364 days of the year. Here is our itinerary with a few tweaks, so you can stage your own Pasadena romantic escape, done in a weekend!

Tom argued that our walking tour would be better to take that afternoon rather than the next morning because the light would be better for photography. I wanted to go the next day because we would be more refreshed and ready to go. Tom won.

The Pasadena Visitors Center provided us with a nifty collection of 10 walking tours. We chose – Explore Pasadena’s Architecture: Self-Guided Tour of the Arroyo View and The Greene Brothers. Why? Because I was born in Pasadena and my early childhood years were spent in this neighborhood.

I wanted to walk by my old house and refresh my memory of the cliffside views overlooking a vast, dry (now developed) waterbed, that is known as the Arroyo.

Was it romantic? Not entirely, Tom ran ahead and behind me snapping pictures as if he was Tarzan swinging from shot to shot. Me, his Jane, meandered along scoping the Arroyo views and jaw-dropping homes.

The walk includes four Greene and Greene homes, one of which was Charles Greene’s own, a stone and timber hobbit-like mini-castle. The Gamble House, the Greene’s masterpiece and one of the most prestigious examples of craftsman architecture in the world, is also on the map and a tour was on our itinerary.

We would find out more about Greene and Greene and the Gambles, of Proctor and Gamble fame.  For now, we were taking a walk, together, sort of, in the perfect California sunshine.

Our waiter in a white shirt, black tie, and long black apron, with his Italian accent, well that’s central casting for a romantic dinner. Have the grilled calamari salad. Dressed with lemon, olive oil, and a touch of mustard, it was deliciously basic and tasty. As for drinks, Tom went Greek, Opa! Ordering an Ouzo, pomegranate concoction. An Aperol Spritz was my dolce vita. They both worked if you know what I mean.

Santorini is in the heart of Old Pasadena, an area with its own walking tour, that is a National Register Historic District. Wander in any direction to see deco storefronts, interesting alleyways, bars, restaurants, and outdoor cafes. I would recommend going at night like we did, when the lighting feels moody, 19th century, and sets the stage for back alley kissing!

Lifestyles of the Gambles

Saturday we took a tour of the Gamble House. Built in 1908, the Gamble House has never been remodeled. The landscape, furniture, everything is as it was then, all designed by Charles and Henry Greene.

Charles was generally viewed as the artist, Henry the engineer/businessman, both evidently had an interest in Japanese architecture. With its deep overhanging roof, or “rafter tails,” strong horizontal timber lines, and chunky Japanese corbels, the house reminded me of the Northern Culture Museum home in Niigata, Japan (see my story here).

The guide shared a few lifestyle fun facts of the period: Electricity was new at the time, and since no one was sure of its effects, all ceiling lights faced up. The use of daybeds was widespread, and not just for throwing your clothes on.

It was not acceptable to lie on the bed once it was made (still true in some homes!), but naps were encouraged, so a daybed was just that, a bed for the day. Just above the curtain rods were built-in ledges. The specific use for these was to “catch dust” not hold little tchotchkes.

Awe, a sleeping porch, this seemed the most useful and romantic thing about the house. No air-conditioning, no problem. Just flop down on a porch mattress protected by the rafter tails and drift off in the bug-less breeze.

Tea Time at the Langham

A quick wardrobe change was in order to gussy up for afternoon tea at the century-old Langham Hotel. This historic hotel is the portrait of British gentility, and nothing says that like high tea. The view is Pasadena through and through, palm trees dot the near horizon, and low mountains brush the hazy sky.

I’ve been to tea many times, but always with “the ladies.” Tom is a tea newbie. His reaction was delight and amusement, “Where’s the beef,” the finger sandwiches and scones, did not a meal make for him. But it was a very romantic afternoon. We sat side by side on a settee taking in the view, sipping champagne (and tea). The elegant dining room, Wedgewood china, and classical music set the scene. He should propose to me, I thought. Again.

Finding our Happy Place at the Norton Simon Museum

Entering the acclaimed Norton Simon Museum I experienced a familiar sense of calm and excitement–an everything-is-right-with-the world feeling, the way a runner describes the rush of endorphins.  Rodin sculptures lead the way to the front doors. I said hello to The Burghers of Calais, a bronze I know well from the Metropolitan Museum of Art in New York. Entering, Tom headed toward the modern wing, and I went for the Impressionists.

There, I discovered two little paintings by Louis-Eugene Boudin of beach bathers that captured me. Ever the lover of period fashion and costume, I was amused by the difference in beach wear from one painting to the next, crinoline skirts of the 1860s gave way to bustled silhouettes of the 1880s.

I was particularly delighted by the donor, a Mr. Cary Grant!  Now there is a gentleman who can dress. Being in California, the beach scene called… and I dove into the detail of those two paintings. Look at the grey-blue water and the sky, only a few shades lighter, and what about all the gear they took, even a tent with flagpole!

I caught up with Tom before Basel Mural 1, my Mr. Groovy loving all things minimal, was taking in this huge riot of cheerful color chaos by California native Sam Francis.

The Norton Simon deserves at least a half a day and if you live nearby, go monthly. We vowed to return to see the Sculpture Garden and the preeminent collection of Southeast Asian art.

The Romantic Set Up

The Parkway Grill, with vaulted ceiling reminiscent of a ship’s hull, is an ideal restaurant to be swept away. Amber lighting, roomy seating, tasteful artwork, elegant service and food, say date night! The piano bar is especially old-school swank, live jazz to accompany your favorite Hollywood-esk cocktail. The bar itself is from the 1920s and was transported here from Chicago.

Sometimes detailed arrangements or grand gestures can backfire, especially when your partner doesn’t play the part. After years of marriage, we’ve learned our lines… Admittedly sometimes, I have to say, “You’re supposed to say this now…” But not this night. This night, this scene was perfect without a script.

Sunday in the Garden with Tom

Like the Simon or the Rose Parade, the Huntington Library is a Pasadena icon. It is sublime. Imagine, a world-class garden that is vast, bountiful, with both museums and historical home plopped down in the middle. We were picture taking happy in the Rose Garden. Countless rose varieties with names like Lucille Ball, Henry Fonda, and Lagerfeld were a fragrance and visual delight.

The Japanese Garden’s house riffed on our Gamble House tour, as did the American Museums Greene and Greene gallery. I wanted to visit the Blue Boy and Pinky paintings, my siblings and I remember as kids during class trips. Blue Boy was in the middle of a restoration. But he was there! Roped off on the far side of the gallery, there was a detailed installation explaining the steps to recovery Blue Boy was taking.

Have drinks at the Raymond 1886. The bar reminded me of a prohibition speakeasy. With the right casting, this could be a 20s movie set. Order a cocktail to match. Disclosure: we were there for breakfast on the patio, and the food was California fresh!

Follow up the Raymond with Alexander’s Steakhouse. It is a modern fine dining steakhouse featuring Japanese wagyu beef. While there is midwestern Angus beef on the menu, it is still Japanese fusion. Our waiter Nick Estep was especially good at navigating us through the menu. He explained that the waitstaffs ambition is to, “Facilitate and control the entire experience. It’s a performance, in a way.”

While the food here is very good, the service is what made the experience memorable. They fawned over us. We were moved to a quieter table after a business party seated near us was celebrating too loudly. Cotton candy was the pink fluffy surprise that punctuated the end of our meal. THAT can only lead to giggles the whole night long!

Stepping out of Alexander Steakhouse, you are faced with the city capitol. It is an imposing domed building situated up a hill (aren’t they all?). The promenade is softly lit and walking along, you could pretend you were strolling any European capital. But we were hand in hand in Pasadena, California, a little tipsy, and tired from a day of shared pleasures. Tom made me laugh at something, and I flashed on why I said, “I do,” in the first place.

Note: We stayed at the Hotel Constance Pasadena and the Hilton Pasadena, both convenient locations for our itinerary. These are mid-range hotels with appropriate amenities for a weekend stay (or longer) with a car, of course, in Pasadena, that includes a pool. 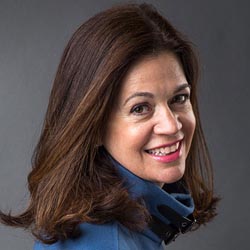