Toulouse, the capital of the Occitanie region in the southwest of France is characterized by its rosy brick buildings, its proximity to the mountains and the sea, and for being France’s fourth-largest city.

But aside from the obvious, the city’s quirky paradoxes soon become happily apparent.

As a starter, its two-thousand-year history and its cutting-edge aeronautics industry are not likely bedfellows but here they sit comfortably together in the city of Toulouse.

The ‘real’ French paradox has baffled the medical world for years. How can a population who consume such vast quantities of cheese, so ridiculously high in saturated fats, have such a low incidence of coronary heart disease?

One French acquaintance jokingly suggested that drinking a strong digestif such as a cognac “burned off all the fat” in the cheese, therefore, solving the problem but his theory has yet to be scientifically proven!

But the city of Toulouse offers up a few paradoxes all of its own.

Food will forever be of huge importance to the French and the people of Toulouse are no exception. This is duck country and a food paradox all on its own! Foie gras, cassoulet and magret de canard are diet staples here and sound seriously unhealthy.

But allegedly, duck fat is far more healthy for the human body than beef or lamb fat and restaurants such as Le Bon Vivre in the Place Wilson serve up every conceivable variation of dish made from our feathery friends.

Even the fries are cooked using duck fat! The welcoming owner greets everyone as a long-lost friend and although the dishes are rich, they are not overwhelming in quantity. Admittedly not fantastic for vegetarians but even the Goat’s Cheese Salad is delicious!

Place Wilson which I call the ‘round square’ is built in a curved shape around a circular park and is full of similarly enticing restaurants plus several cinemas, many of which show films in English as well as French.

Place Wilson leads to another gastronomic bit of heaven – the Victor Hugo Market Named after one of France’s best-known writers, it is Toulouse’s largest covered market and home to over 280 different food stalls.

The freshness and quality of the food sold here is staggering and sends saliva glands into overdrive.Fruit and vegetable stalls piled high with jewel-colored produce and emitting tomato-ey and citrus-ey aromas.

Twenty different kinds of bread at just one baker’s stall. Fresh seafood driven through the night straight from the Atlantic coast in time for opening.

Herb-infused oils and sun-dried tomato paste turn your head into a walking cookbook as you visualize the dishes you want to create at home with the ingredients you’ve bought.

Luckily there is no need to wait to sample some of the wares. At midday, many of the stalls serve a light lunch: a plate of charcuterie or cheese with a robust red wine.

Or the seafood stall which sells a dozen oysters accompanied by a glass of Chablis.

Some of the world’s most expensive food items can be enjoyed at market price and eaten leaning up against the stall’s counter! No white tablecloths here.

But Toulouse has a lot more to offer than just food.

What hits you first with both the Capitole building and the Place du Capitole is the size. They are both huge!

The Capitole building has a 135-meter Neoclassic facade and is home to another unusual pairing – politics and entertainment.

Both the Town Hall and the National Theatre are found inside its walls. Construction first started in 1190 although there have been many facelifts since.

The interior of the building is open for visits to admire the formal staterooms with their works of art although avoid Saturdays as the building closes for weddings and other formal occasions.

The Place or square measures 12,000 square meters and is lined on three sides by more bars and bistros. The Christmas market turns it into a fairyland with row upon row of mini chalet-style stalls and wafts of vin chaud.

At the back of the main building is the Donjon, an ornamental cake-shaped building which used to house the city’s gunpowder and archives. Once so well-defended and secretive, it now opens up its doors to visitors as the Toulouse Tourist Office.

Toulouse can count three sites listed as World Heritage of which the Basilica Saint Sernin is certainly the biggest. Architects back in the 11th century really went for it.  It measures 115 metres long, 21 meters wide and 64 meters high with huge stone pillars holding up the barrel-vaulted ceiling. Look down at the mirrors in the nave that show you the ceiling!

Designed to a Romanesque style that incorporates semi-circular arches, it is the largest Romanesque building in Europe, possibly the world.

In 1998, the basilica was added to UNESCO’s World Heritage Sites of the Routes of Santiago de Compostela.

During my visit, a small choir sang gently in the background as a christening took place.

Visitors dotted themselves along rows of seating in silent prayer and without fail, all faces looked up in open-mouthed awe at the scale and beauty of what originally started out as just a tomb.

The basilica came into being from the final resting place of the first Bishop of Toulouse in the third century. He was killed by being dragged through the city by a bull for refusing to attend a pagan ritual. Christian forgiveness at its best!

For a city that is nicknamed La Ville Rose (the Pink City), Toulouse, in fact, made much of its wealth from the color blue. Pastel was the only known plant at the time which created a blue pigment for use in dying cloth.

One particular merchant who created an empire from trading pastel was Pierre Assézat who built an architectural masterpiece – the Hôtel d’Assézat as his home.

Construction on the Renaissance-style palace was completed in the 16th century and what an eyeful it is.

From outside on the street, visitors would never guess the spectacular courtyard entrance through the street gates and the architectural genius of its design.

It is now owned by the City of Toulouse who collaborated with Argentinian brewing heir, Georges Bemberg (and his foundation) in 1994 to create an art gallery.

Bemberg himself contributed the works of art from his own private collection and….hats off, he seriously knew about art! Degas, Toulouse-Lautrec, Renoir, Sisley, Munnings, Picasso, Gauguin and Pissarro all featured.  It is truly awe-inspiring and an honor to see up close.

To reach the museum of contemporary and modern art on the other side of the River Garonne means crossing the Pont Neuf (the new bridge).

Having been completed in 1632, I did query how old “old” was if “new” meant already being in existence for almost 400 years! Once upon a time, it would have been new…..

This art gallery is found at Les Abattoirs, yet another amazing building which also serves as an arts center. As the name suggests, it had a slightly more gory history as the city’s municipal slaughterhouse between 1831 and 1988.

As a vegetarian, not something I wanted to dwell on too much.  It has been transformed to a place of culture and enjoyment in the year 2000 thanks to the local government who were determined to use a spacious and bright place which had lost its original raison d’être.

Luckily for us.  There are temporary exhibitions such as the current ‘Picasso in Exile’ show which is absolutely fascinating and based on the Spanish Civil War, but there are also permanent exhibits from the 1950s, mostly by southern European artists.

As with many art galleries, some pieces you love – and some you hate.

Picasso’s gratitude to Toulouse for looking after the thousands of Spaniards who fled across the border during the conflict prompted him to bequeath a magnificent stage curtain, La Dépouille du Minotaure en costume d’Arlequin, to the city.

It is only on show sporadically to protect the huge nine-meter by twelve-meter masterpiece painted in 1936. And it’s hugely impressive. Picasso, the Spaniard who almost became one of France’s best-known artists when he fled Spain, spending the rest of his life across the border to avoid returning to Spain while Franco was still alive.

So Toulouse and its history are not all that they seem.

Without a doubt, visitors need more than a day as there are still many, many other interesting places to visit, both in the city center and out of town.

To add to the list are the Halles aux Grains, the Cathèdrale St Etienne

The Halle des Machines is slightly out of town but easily accessible (by train to Montaudran station and by several bus routes).

It is a vast warehouse containing weird and wonderful mechanical inventions. From an immense mechanical spider that can seat several people to a contraption made from a wheel of rotating guitars that are plucked as they pass a fixed plectrum, the exhibits are fascinating in their ingeniousness!

The giant spider and the minotaur are among the larger models which have paraded the streets of Toulouse. Bolts and screws combine with metal piping and bits of a bicycle to make “musical instruments” and an outdoor demonstration has a flame-throwing gadget that somehow creates a pump to shoot water out of a huge tube!

Guides show how each item works because, with many exhibits, it isn’t at all obvious! Absolutely worth seeing for the craziness!

And further out of the city center, it’s all things aeronautical with La Cité d’Espace, Airbus and Aeroscopia. 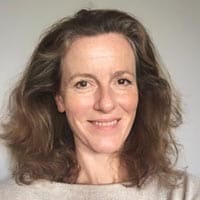 Sarah Heath is a freelance radio journalist, writer, and digital creator. She has lived in France for 11 years and writes a blog on her discoveries here:  which can also be found as a podcast on iTunes: The Hexagon Space