Meeting the Cavemen of Guizhou, China

Guizhou is one of the poorest provinces in China.

You notice it, walking through the center, where the only Waiguoren (foreigner) is you and the children look at you, fascinated.

Three hours drive from the capital, Guiyang, there is a small village of 64 people in a cave. It’s not a touristy place.

Few locals know it. Some Chinese camp on weekends, but nothing more.

A few weeks ago, I decided to go and visit the last “cavemen” on Earth.

The Cave Story in Guizhou

Some say that the cave has been inhabited since 1949, others for countless generations before the birth of the People’s Republic of China.

Twenty families live there, all belonging to the Miao minority, one of the 56 ethnic groups officially recognized by the Beijing government.

They grew maize at the foot of the mountains and raised cattle. Water is obtained from the rocks. The houses are built of bamboo and have no roof. You don’t need it in a cave.

Since about 2005, they also have electricity, which has inevitably led to the use of washing machines, televisions and the internet. Guizhou is the province with the highest number of ethnic minorities in China.

How to reach it

Thanks to a local friend, who had no idea that there were still people living in that mysterious place, we rent a car and depart from Guiyang to Ziyun County, in Anshun Prefecture. In the first hour of the journey, the roads are perfectly Chinese.

From the second hour, the adventure begins. Alternating asphalt, pebbles, eternal roadworks in progress, narrow streets, chickens jumping from bank to bank, narrow mountain passages immersed in greenery to make your heart smile for beauty. And faces, curious and amused, of places that smile at the lost foreigner.

After reaching the only area in which to park, without worrying about finding your car at the end of the cliff, our forty-minute walk begins. The first image that appears to the eyes is the cable car, not working. The cabins are detached, on the ground.

The children, very silent, play inside them. Or rather, they play with their mobile phones. The walk is not for the faint of heart. A few steps, deteriorated, very close to the wall of the mountain. There is no fence. Some cows graze along the way.

In Inner Mongolia, I learned how to move a cow, that is, pretending to be bigger than her, only by lifting my arms and shouting something between a bear insecure about himself and a squirrel. So the animals move and we continue our ups and downs from those walls.

After about fifteen minutes, we can see the cave, from the opposite wall. We admire it and continue. We descend a little further. There are houses. Beautiful and new too. They seem uninhabited, and they are. A few pig grunts, but there are no signs of human life.  They are the houses built by the government for the Miao.

However, the Miao prefer the cave. How can I blame them? Once they get there, I understand their obstinacy very well. In the hot, sultry Chinese summer, you’re cool there.

A “caveman” who speaks a bit of mandarin welcomes me, proudly communicating that in summer it’s not hot and in winter it’s not cold, not like in those houses over there. In the middle of the village cave, there is even a basketball court with four children. Further on is the elementary school.

Unfortunately, it was closed just last year. Perhaps it was too expensive to send the teacher there for very few children. Some families have moved to the city, but twenty or so families don’t want to know. Zhong Dong, literally the middle cave, is their home. It is not easy to live a life so frugal, but relaxed, and go into the concrete jungle, facing the language barriers and lack of professional skills that urban areas require.

Why should you visit this place?

I thought a lot before I wrote this article. Since they told me that I was the second foreigner to have visited them (the first was an American, who donated a large sum to bring him electricity), although I’m not sure they meant Western rather than Chinese, I had some hesitation before “opening” the cave to you, reader.

Then, on second thought, I think it’s right to talk about it in order to raise awareness about other lifestyles and why not, show a genuine interest in these families who are certainly not primitive but do not want to have anything to do with modern grayness. I have the modest presumption of wanting to contribute to the preservation of that cave, so that more people can know it, maybe visit it.

Always with the utmost respect and not turning it into a new Lonely Planet destination. 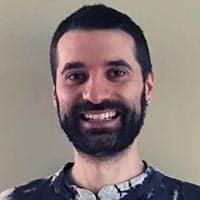 Matteo Preabianca has been traveling for more than 10 years living in several countries, including Italy, UK, Switzerland, Russia, India, USA, Australia, Mali, Mexico, and now, China, where he works as a University Lecturer.