It’s a classic James Joyce scene: glittering water, slim boats sliding by a low bridge, bustling crowds, and surveying the scene, the anti-hero who made it all famous.

Joyce’s bronze statue slouches near the home where he detonated English literature: not overlooking the Liffey in Dublin, but by the Adriatic, in Trieste, Italy.

This polyglot port, his home from 1904 till World War I, still celebrates Joyce. It was here, in 1915, that he began to write Ulysses, the 24-hour epic of Leopold Bloom. Walking through streets with German names, fabulous Italian cafes, and art nouveau doorways puts the Irish exile in perspective. On Bloomsday — or any other — it’s still easy to follow his footsteps.

“Trieste is fundamental to Joyce,” Erik Schneider tells me. The American has devoted his career to the tiny Museo de Joyce here, which traces the strands of Joyce’s life and fiction through the city.

I arrive in the city where Joyce did in October 1904, at the train station by the Piazza Liberta.

A granite Hapsburg princess anchors a nearby square. She reminds me that a century ago Trieste was the seaport of the vast Austrian empire. Today, it’s Italian, just ten miles from the Slovenian border and Istrian peninsula.

Though its role has shrunk, Trieste wears its old elegance as easily as a vintage cape. Tilted toward the sea by the limestone hills known as the Carso, it retains a grand nineteenth-century style.

Trieste seems old-fashioned because trains and ships still work here. Rail connects the city to both Venice (a quick two-hour trip) and Vienna (easy to afford with a RailEurope SelectPass).

Ferries chug up the Croatian coast and over to Ancona. In the shopping district, locals load up at the Pescatori, its tables heaped with fresh Adriatic squid, octopus, and shellfish, before strolling home for a leisurely meal.

Joyce was broke when he came here. Before Trieste, he’d dabbled as a med student in Paris. He’d won the Irish national singing competition. His writing would remain unpublished for another decade. The local Berlitz School hired him to teach English to immigrants–German, Slovenian, Italian, Greek, or Croatian.

“There was an enormous underclass in Trieste,” says Schneider, “laborers, sailors, and dockworkers from all over Europe, side by side.” Triestine, originally a Venetian dialect, was a stew of all their languages, and it fascinated Joyce. Some say the tongue-twisting passages of Ulysses have roots in this local slang.

Joyce’s homes are well mapped in the walking tour guide from the tourist office. His flats — all nine — were always within five minutes’ stroll of the Via s. Nicolo. Here were the Berlitz School and his favorite bookstore, owned by friend and poet Umberto Saba.

When I visit, making the nineteenth-century floorboards creak loudly, the friendly current owner climbs to shelves along curved, 16-foot high walls and pulls down Saba’s penciled manuscripts. Mario Cerne’s father managed the store for Saba; he continues the business, a slow-paced antiquarian nook, and shrine to the poet.

As church bells toll, I cross the massive Piazza Dell Unita Italia, site of the town hall. The sun moves from one shoulder of the square to the other as Triestines lounge. In this cafe society, leisurely breaks for conversation, good food, and wine are a daily routine.

I stop for a tiny cup at the Audace, then continue south to another neighborhood that drew Joyce: the old red-light district, a prototype for the “Nighttown” of Ulysses.

The Cittavechia is both the oldest neighborhood in Trieste and the hottest. First settled by the Romans, its winding streets are now jammed with dumpsters and bulldozers converting narrow white stone houses into chic flats. By the tiny Joyce Hotel, skinny cats roam through the debris. Rumor says Joyce prowled here, too.

At the turn of the century, the district was home to over 250 prostitutes and dozens of registered brothels, strategically located close to the docks.

Erik Schneider wrote, produced, and narrated the work, as well as running the Museo. He even pops up from his desk to start the DVD for me. He tells me the best city views lie uphill, so I climb the via Capitolina, appreciating the widening views of the harbor. By the Cathedral of San Guisto, I enter a white-pillared memorial to the dead of the Great War.

It’s a fitting place to finish a Joyce walk. The war marked the end of the exile’s life here. Though he returned briefly, in 1919, the city was slipping into modern Italy, and he moved permanently to Switzerland.

“Think you’re escaping and run into yourself. Longest way round is the shortest way home,” Joyce wrote in Ulysses. He continued to take a long way, dying in Zurich in 1941. The city he called “la belle Trieste” would become only a memory.

As I leave the Joyce Museum, I ask Schneider how his Trieste friends will celebrate their adopted author on Bloomsday, June 16. “We meet for a drink,” he says. Joyce would approve. Out on the Piazza Dell Unita, young Triestines sit in the sunshine, raising a glass.

Trieste is a two-hour train ride from Venice or a ten to 12-hour trip from Vienna. RailEurope provides a Trenitalia pass for travel in Italy and Select Passes for multi-country travel. Passes must be purchased in the U.S. before departure.

Joyce Museum: The Trieste Joyce Museum is located on the second floor of the Attilio Hortis Public Library, Piazza Hortis, 4, directly adjacent to the Italo Svevo Museum. It is a five-minute walk from the city center.
Hours: Monday-Friday, from 10 a.m. to 12 noon. Admission: free.

The library can be reached by bus (numbers 8, 9, 10, 30). The website offers background on all aspects of Joyce’s life in the city, including a virtual tour. 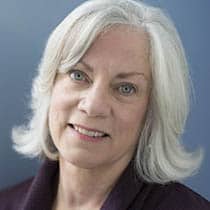 Christine O’Toole writes travel and features on the U.S. and Europe from her base in Pittsburgh, Pa. She is currently updating her guidebook, Pennsylvania Off the Beaten Path (9th ed.) for Globe Pequot Press.