Hawaii: Three Days with the Gals on Oahu

On the Road in Oahu: Three Women, Three Days

The best view of Oahu came right at the moment I leaned forward and tumbled out of the plane.

Finished with an Aikido conference in which Marie and Rebecca participated (I was there to photograph the event) we had decided a short girls’ getaway as in order. After all, the conference was in Waikiki, so why waste a trip?

We had three days to frolic in the sun and surf and find other activities to keep us busy. In Oahu, the problem is not finding something to do, the problem is how to do it all in such a short time. We gave it a good run.

Day one was spent in the crowded but entertaining Waikiki Beach. Marie, the die-hard of our group, started the day early by participating in a hot yoga session on the beach. Rebecca went along to take photos. I slept in.

Waikiki Beach, attractive but not the prettiest beach on the island, is intriguing enough to hold many a tourist’s interest for an entire day.

The first thing I had to do was get my picture taken with native son, Duke Kahanamoku. Okay, it’s an immortalizing statue, but still, it’s Duke – the legendary Waikiki surfer and Olympian who introduced the rest of the world to the sport.

After spending the rest of the morning at the beach, we grabbed a quick lunch at popular Burger in Paradise, then a long walk along the boulevard lined with shops, restaurants, and bars in an effort to get rid of at least a few of the consumed calories.

We ducked into the International Marketplace before heading back to the beach to take advantage of great prices on tropical jewelry and island clothing.

Duke’s Waikiki, named after the legend, was our choice for an early evening drink, but we were having so much fun at this hopping place we decided to stay for dinner. We opted for the more casual Barefoot Bar over the elegant restaurant.

After a lengthy wait, we were rewarded with a table on the patio for al fresco dining, lit by tiki torches, the sound of waves crashing on the beach just beyond. The loud, friendly atmosphere of the bar and restaurant lent itself to a fun stop for meeting new people.

For our second day, we rented a car for a self-tour of the southern circle of the island, at our own pace.

The first drive was up to the Nuuanu Pali Lookout, a panoramic highpoint with expansive views of the Windward side of the island. 1,000-foot-high cliffs offer views that stretch from Kaneohe Bay to Mokolii Island off the coast.

We were blown away at the summit. Literally. It was surprisingly cold and extremely windy at the top

Valley of the Temples

Close by was the Valley of the Temples Memorial Park, with Byodo-In Temple modeled after a Buddhist temple from Uji, Japan. The grounds are beautifully manicured and include a large Koi pond.

Marie and Rebecca enjoyed the peaceful surroundings in their typical Aikido style. I chose to mix it up by ringing the “good luck” bell in my own style.

When we arrived at Kailua Beach, we thought we’d reached paradise and considered scrapping the rest of our itinerary to stay here. Kailua Beach is considered to be one of the most beautiful beaches in the world.

The white powdery sand ran down to calm, crystal aqua water. And so did we. We spent more time than we’d planned here, but that’s why we rented the car instead of taking a pre-packaged tour. Note to self: Come back here.

We continued driving our circular route southwest until we came to the Halona Blowhole where waves fill the lava cave thereby sprouting water up through the top. Anxious to spend more time at our next, and last destination, we only stayed for a few minutes, snapped some photos, then moved on.

Hanauma Bay Nature Preserve was the place we’d been looking forward to all day. A volcanic crater protects the bay on three sides. The view at the top near the entrance was stunning and continued down the walkway to the calm-water beach.

The coral is just steps from the shore, making it a great snorkeling spot (equipment rental onsite). This is the place to spot giant sea turtles; although we searched diligently, we found none that day. Still, it is a beautiful spot to just hang out for a couple of hours.

Back in Waikiki, tired from our full day, we went to one of the ever-present ABC stores across from the beach and purchased a variety of pre-packaged food and fresh fruit, then sat on the beach to eat and watch the sunset.

Surprisingly, the beach was nearly empty, so we had the best seat in the house. Sigh.

We hit the ground running on day three. This was going to be a very exciting and much anticipated day.

Skydiving had been on my bucket for, well forever. Pacific Skydiving on the north shore of Hawaii – with a stunning view of the island – seemed like the perfect choice. It was.

After being properly trained in safety measures then harnessed very snuggly to our jump masters, we boarded our small plane. After climbing to almost 15,000 feet – the highest you can go without oxygen – we lurched out the newly-opened side door.

The one-minute freefall took our breath away, literally and figuratively. 120 mph wind in my face made it difficult to grin, yet I could not stop. This was one of the most exhilarating experiences of my life! Pure, unadulterated adrenaline.

After the chute is deployed, the drop slows down dramatically, but that’s where we got the unforgettable views of the aquamarine beach and grounds below. All too soon, the landing site closed in so I lifted my legs and feet and let my jumpmaster land us. The entire jump was recorded on video, from on-land instruction to the jump and landing.

The skydive was the highlight of our week in Hawaii, and definitely one of the best experiences of our lives.

After skydiving, we got lost. No, really. We went to Mokuleia Beach, where the first season of the hit TV series “Lost” was filmed.

There are no stores or restrooms anywhere near. In fact, the beach was totally deserted. And windy. Not the ethereal beauty of Kailua Beach, but the abandoned white sand and blue choppy water offered its own attractive solitude.

We drove a bit out of the way, over the northern tip of the island, so that we could stop at the highly-acclaimed Giovanni’s Shrimp Truck in Laie. After scarfing down succulent shrimp, we pulled over at a coffee shop for a piece of Ted’s chocolate cream pie and a cup of Joe before heading back to Waikiki.

Our last night in Oahu, we unanimously voted to go back to Duke’s for a reprise. We were not disappointed by the Kalua pork, fish tacos, Mai Tai’s, or the same friendly, frenetic atmosphere.

More Touristy Things to Do

Of course, there are a lot of other “touristy” things to do which we declined due to time limitations, like attending a luau, visit the Polynesian Cultural Center, pineapple plantations, Pearl Harbor, and climbing Diamond Head. 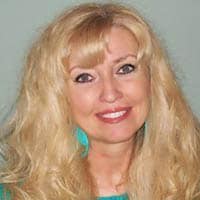 Read her blog, Luggage and Lipstick.