At the farthest point east in the state of West Virginia, only 60 miles away from Washington, D.C., sits the quaint historic town of Harpers Ferry.

Neatly situated at the confluence of the Shenandoah and Potomac Rivers, the town offers beautiful scenic vistas of the surrounding Virginia and Maryland mountains.

Boasting a population of 281 residents, the town appears as though it would be little more than a dot on a map.

The truth is that Harpers Ferry is a West Virginia mountain gem, chock-full of history, outdoor recreation, and relaxation.

Harpers Ferry traces its roots back to the mid-eighteenth-century when the early mountain settlers and trans-Allegheny travelers began referring to it as The Hole – civil war soldiers later lovingly described it as the “godforsaken stinking hole.”

By the time George Washington took office as the first President, The Hole was then a bustling town known as Harpers Ferry and Washington chose it as the site of the nation’s second armory.

The next five decades witnessed an explosion of industrial activity for Harpers Ferry, as the armory created thousands of America’s early firearms and even provided the munitions for the Lewis and Clark Expedition.

When tensions mounted in the mid-nineteenth-century between the Northern and Southern states over the issue of slavery, radical abolitionist John Brown took advantage of the situation.

On October 6, 1859, Brown led a small band of men to raid the arsenal in Harpers Ferry with the intent of starting an abolitionist revolution in the United States.

Federal forces headed by Robert E. Lee quickly captured John Brown, and he was hanged as a traitor a few months later in nearby Charles Town.

The completion of the Appalachian Trail in 1937 and the recognition of the town in 1944 as a National Historical Park set the stage for Harpers Ferry’s future revival.

The easiest and most direct way to travel to Harpers Ferry is on US Route 340. When approaching town on the highway, the descent into The Hole reveals quick yet intimate glimpses of the historic town through the mountainous landscape.

Arriving in modern-day Harpers Ferry is like taking a step back into the nineteenth-century with antebellum houses lining the streets to create a charming yet approachable atmosphere.

The Town of Harpers Ferry is divided into two parts: upper town and lower town.

In upper town is found the actual town of Harpers Ferry, with residential houses, churches, and other civil-use structures. This section of town is certainly quieter and domestic in nature.

Many of the town’s bed and breakfasts are located here in historic houses on Washington Street, two of which formerly owned by General Harry “Light Horse” Lee, father of Robert E. Lee.

Dating back to the 1780s, the charming two-and-a-half-story Georgian-style Light Horse Inn, once a prosperous town tavern and travel stop, offers three private suites with all the modern amenities.

Take some time at the Jackson Rose to actually smell the roses and appreciate the views from the backyard.

Also, The Barn is a fun weekend hangout located directly behind the Light Horse Inn. Open on Thursdays-Sundays from 4-11 pm, the venue hosts a full bar, local beer, and live music. Be sure to visit The Barn Thursday-Friday for happy hour drinks!

Housed in a charmingly simple vernacular building, the ATC provides a welcoming visitor’s center open to hikers and the general public.

Inside the visitor’s center are resources for current hikers, information for the public, and souvenirs for everyone. The friendly staff is present to answer any questions, and two-hour parking is located behind the building.

Lower town Harpers Ferry is located down a steep hill aptly named High Street and situated along the shores of the Shenandoah and Potomac Rivers – quite literally the lower half of the town.

Because the National Park Service secured the historic lower town in 1944, the original nineteenth-century infrastructure has been expertly rehabilitated and preserved.

Inside many of the NPS buildings are museums and general exhibits dedicated to Harpers Ferry history, slavery, and John Brown. 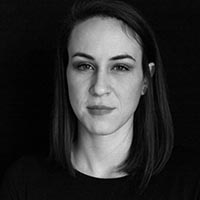 Kalen Martin-Gross is a Southwest Virginian living in the Washington, D.C. Metro Area. She is a freelance writer and photographer with a passion for history and rollerblading.