A journey to the Island in the Sky: Africa’s Uluru, Mount Mulanje

It was in Cape Maclear that I first heard about the Island in the Sky.

We were sitting on the deck of the guesthouse watching the sun setting over Lake Malawi when a girl at my table started describing her hike up Malawi’s biggest mountain.

While the fishermen bring in their boats and local boys sing to passers-by I focused on her story.

On a round-the-world trip, she described Mount Mulanje as better than Machu Pichu.

Her giddy descriptions of the walks and views of her three-day experience were so impassioned I changed my plans.

With a short amount of time left on my trip and a hankering for a broader experience, I set off the next day for Mount Mulanje.

The Lake of Stars

My journey started ten days before in Malawi’s capital Lilongwe and I immediately aimed for the lake and Nkhata Bay.

As a landlocked country, Malawi’s huge source of income and pride is the massive Lake Malawi.

Often referred to as the ‘Lake of Stars’, a name so delightfully coined by David Livingstone, it is the third-largest lake in Africa.

With one thousand different fish species, hippos, crocodiles and fish eagles calling the lake home nature alone is a serious attraction but really it is the people that make a stay in Malawi so unique.

Despite the poor living standards in Malawi and high HIV-infection rates, Malawians are undeniably upbeat.

The people of Malawi are one of the happiest in the world and everyone seems to be smiling and eager to chat and interact.

This omnipotent joy is contagious and the highlight of almost any trip to Malawi.

The cheerfulness seems to affect each traveler with genuine bliss which makes it that much easier to savor the beauty of the lake.

The start of my bus journey to Nkhata Bay was delayed as we waited hours for the bus to fill up. ‘This is Africa’, as my Dad (or any other person who has watched Blood Diamond) would say.

Most of the first few hours were spent with every toddler on the bus screaming in horror at the sight of me and my pale face.

They would innocently peer my way and immediately break out into dreadful crying sobs.

I was initially alarmed by my effect on the kids but the laughter of the other passengers soothed any anxiety I had.

“Every day is Christmas here”

Twelve hours later I arrived in the enchanting Nkhata Bay. I liked the place, a small ramshackle dusty street village, and loved the lake.

Surrounded by the African jungle the lake was warm, wonderful to swim in, and full of tasty fish. Local fishermen in dugouts paddled around while I took in the view from my balcony.

A Carefree Feeling in the Town

There was a fantastic carefree feeling in the town, almost like an island vibe. As one local so gladly put it, “every day is Christmas here”.

It is one of those places where you dream of starting your own backpackers one day, a sublime paradise one could spend every day but I had to keep moving.

I took things even slower at my next destination, the idyllic setting of Monkey Bay, where I lazed in hammocks, went on afternoon walks into the town, and ate avocados the size of melons.

My third stop was the popular Cape Maclear, where I went on boat tours to the islands and quickly developed a snorkeling obsession.

The Island in the Sky

Now, I was in a banana-packed mini-bus on the way to Mulanje. This tiny village is at the base of the mountain that shares the same name and is the access point of the hike.

It was late afternoon as we approached along a dirt road through well-ordered tea plantations and dusty soccer fields.

Along the road, I caught only fleeting glimpses of the mountain and suggestions of its magnitude.

By the time the bus arrived in the town I still could not capture the mountain in one view, it seemed like we had arrived at the side entrance.

Emerging from the grove of bananas that is my mini-bus I was greeted by John, a local mountain guide. He walked with me up to my accommodation at the base of the mountain. As we walked he told me about the hike and the supplies we would need which he will organize.

He is a quiet and intense young man and seemed as excited as I was to do the hike.

For the third time in my trip, I spent the night as the single guest in a lodge (I have unknowingly gone in the rainy season, the downfall of a spontaneously booked trip) and went to bed early in anticipation for the next day.

Meeting John at the Mountain’s Base

We met in the early morning mist at the base of the mountain, a fittingly mysterious rendezvous and started our ascent briskly.

We set off through a sparse wood, crossing a river and passing women and children collecting firewood.

Blue monkeys played in the trees above us as the wood thickens and became a lush jungle. We tramped through the dense vegetation and shortly came upon steeper terrain.

For a few hours, it was strenuous work as we scrambled up on our hands and knees.

While I huffed away John told me about the mountain, his life, his village, and how he needed more money if he wanted to marry his girlfriend who is still in high school.

While still on the steepest paths we passed poachers carrying off timber. John tells me how they sleep in the caves and take many days to find the trees, cut them down, and then carry them out.

I criticized their crime and then moved on to berating the society where they are forced into such a way of life.

John explained that many of the men simply do not have any choice and we leave it at that.

The hills have eyes

Eventually, we pushed through the challenging terrain and reached the plateau.

As we trekked the last few kilometers to the hut the mist lifted and by the time we reached our destination it was a bright sunny day.

The hut was a simple house run by an old warden who spoke no English but every now and then broke into a delightful cackling laugh.

Despite being a rather old man he had a young family and invited us to join them for lunch.

It is a warm gesture but a strange experience. The warden’s one-eyed wife impassively stirred the nsima, the very popular and cheap local porridge, in a big black pot while staring at me with her good eye.

Their two young sons sat opposite me, also staring, nonchalantly chewing on either end of a boiled rat. Tail and claws and teeth and all.

I eat my lunch of nsima and tiny fish with many bones, say my thanks and leave while the boys finish off the last of the rat.

After lunch, John took me to the viewpoint. We walked for half an hour and then suddenly the panorama appeared quickly, almost surprisingly.

We turned a corner and there it was. The shock of the view washed over me as I slowed down, stopped, and took it all in.

The drop to the tea plantations far below was severe and straight allowing an unhindered view of the surrounding area.

All of Africa seemed to stretch out before us. Through the vastness, I pretended to see Mount Kilimanjaro on one side and Victoria Falls on the other.

The horizon was flat and complete and felt impossibly far away. Out of this plain Mulanje rises up with no warning, a geological surprise, like an African Uluru, staggering and magnificent.

Taking in the Mulanje Vista in Silence

We were silent as we took in the sweeping vista. While sitting on top of the Island in the Sky and staring out over the land I thought that this was a perfect finish to a memorable and refreshing two weeks in Malawi.

The lake might be Malawi’s main attraction but the string of unique experiences and gleeful faces has made the holiday even more special. As always it was the people that make a place what it is.

I sat savoring the moment, cherishing the view and quietly praising the genuine friendliness and joyful spirit of Malawi.

Eventually, we turned and started back to the hut. 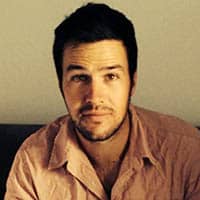 Matthew Sterne is a freelance writer from Cape Town, South Africa. He has worked in an ice cream factory in Norway, a camel safari in India, and a pub crawl in Amsterdam. He has been a door-to-door salesman in Australia, a club bouncer in America, and a kayak sea guide in Greece. His family says he lacks direction but he knows exactly where he is going. Everywhere.