Road Mama: My Life as an Overland Truck Driver

Take a look into the life of a truck driver.

In 1996, at the age of 28, I tired of “regular” life in England. Hard work as a Senior Sales Consultant had brought me a home, a healthy bank account, and a good social life, but challenge and excitement were missing.

Thus, I headed to a farm in the English countryside where I traded clean fingernails and a fashionable wardrobe for skinned knuckles, much oil, and grease about my person, a pair of men’s overalls three sizes too big and a large ignorance for anything mechanical.

I was training to become an Overland Leader and to drive a 16-ton truck carrying up to 23 tourists through the perils of Asia, Africa or South America.

As the only woman among five trainees, I wondered what I had let myself in for as we ripped engines to pieces then reassembled them. The guys, with an annoyingly intuitive understanding of mechanics, were patient with me as I painfully came to grips with the basics of oil changes, tire repairs and the like.

But I persevered: if I was to have my own truck in the wilds of Africa, I was damn sure I was going to know how to fix it when necessary. In return, I explained the complexities of cooking tasty food for 25 people, within budget, and not from a box or can!

I passed my truck license and learned Overseas First Aid from landmine injuries to snake bites, tropical illnesses to heat stroke. Personal upsets and “female stuff” were kept under wraps and I began to laugh at my mistakes instead of wanting to sob. To maintain sanity among a bunch of grease monkeys, I traded baths for local babysitting; a luxury treat from the grungy shower we all shared.

After six months, I was allocated my first trainee trip — Nepal to London. I had 3 1/2 months and 20,000 kilometers to learn route, countries, language, religion, people and group dynamics. I flew to Kathmandu and was immediately transported to the industrial area where the truck was parked. So much for sightseeing and a plush hotel! 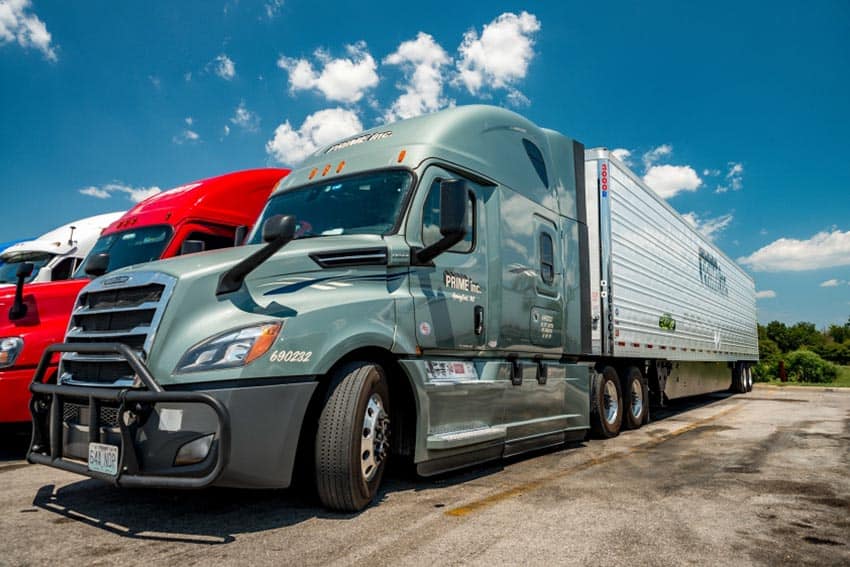 The contrast of having every tool at the workshop in England, but only the bare necessities and a good imagination on the road, became apparent as I dived into servicing the truck and discovered how little I actually knew about mechanics, in spite of my training.

Often, the things I had mastered during my training weren’t wrong with our truck, and identifying the problem was the difficult part. A knocking noise, for example, could mean one of many things, from a loose rope to some disaster in the engine. But I learned as we went along, fixing problems along the way. I saw the good and bad parts of what the leader did, yet could decide what I would have done without having the responsibility myself so that when the time came, I was ready to lead.

It was soon clear that as a female I had an advantage. Western women don’t often drive trucks to remote northern parts of Pakistan to barter for truck tires. I was welcomed with the kind of awe reserved for military leaders or politicians. Bartering drew more crowds than an election, and although it took longer to obtain my price (questions regarding my marital status, age, number of children, etc., and often an invitation to meet the seller’s wives and offspring), I usually managed a substantially lower deal than a male leader.

Roadblocks were also easier to navigate because of the surprise factor. By the time many drivers had closed their gaping mouths at the sight of a woman forcing her way through in a large truck, horn blaring, I already had the advantage.

One day in India, I was halted by a deranged man ranting in the middle of the road. He was behaving aggressively and would not let us pass, so it was with some trepidation that I jumped from the cab to talk to him. Upon realizing I was a woman, the aggression disappeared, he burst into tears and hurled himself at my feet sobbing. My limited Hindi did not stretch to understanding his problems, but I did manage to relocate him to the side of the road peaceably, and with a wan smile, so that we could continue our journey.

In Malawi, we once became stuck in deep mud for 4 days, with the truck at a precarious angle and rain falling in sheets. Men and women from all around came to help us and dig out “Tough Mama” and her crew.

Show Me Their Children

The men found it hilarious that a woman was instructing them in a situation that would normally have been conducted by a man, while the women wanted to show me their children. The humor and trust with which they accepted my instructions however, was a great incentive to keep us all sane in an uncomfortable and difficult situation.

With breakdowns, I discovered few men able to stand back and watch a woman repair a truck. Initially, I found it insulting to have tools taken from my hands and the job is done for me. I needed to prove that I could do it. But as my mechanical confidence increased, it became a pleasure to supervise while others got covered in oil!

Sometimes I was disadvantaged by my sex. Once in India, we stopped for lunch and the usual crowd of fascinated onlookers gathered. I saw a rather wild and unkempt man loitering away from the others, but was unprepared for him to suddenly run at me, hoist me over his shoulder and make off with me. My passengers thankfully rescued me, but the incident was unnerving.

Overtaking in Pakistan also required additional care. The driver of the truck in front had to finish admiring himself in his mirror; notice my truck behind waiting to overtake; conduct a large swerve as he realized it was a woman driving, then slow down and commence waving and flashing lights in excitement, weaving dangerously about the road.

In Iran, I was often not permitted to speak directly to an Iranian man despite being fully covered in black. If I needed work done on the truck, I would have to speak via a male passenger to explain my requirements, then sit in the truck and wait while they had tea, a chat and the job was accepted. But when it came to the bill, it was often higher because I was not expected to argue. Sometimes, I did anyway.

In spite of the fact I have taken a break from overlanding, I am ready to return. There’s just something about commanding a large truck through the wilds of Africa or Asia that gets you closer to the culture and people than you would otherwise. Besides, I’d hate to see all these mechanical skills I’ve learned go to waste on a measly, suburban car. Where’s the challenge or excitement in that?

Take a peek at another article we have: Rolling Across the South in an 18-Wheeler

Traveling Without a Camera: No Problem!
New York: The Hamptons on a Budget
Maryland: A Potomac Outdoor Escape
Asheville, NC: A Great Place to Do Your Thing
Lowell, Massachusetts: History, Culture, and Kerouac
Two Great Choices for a Visit in Washington DC